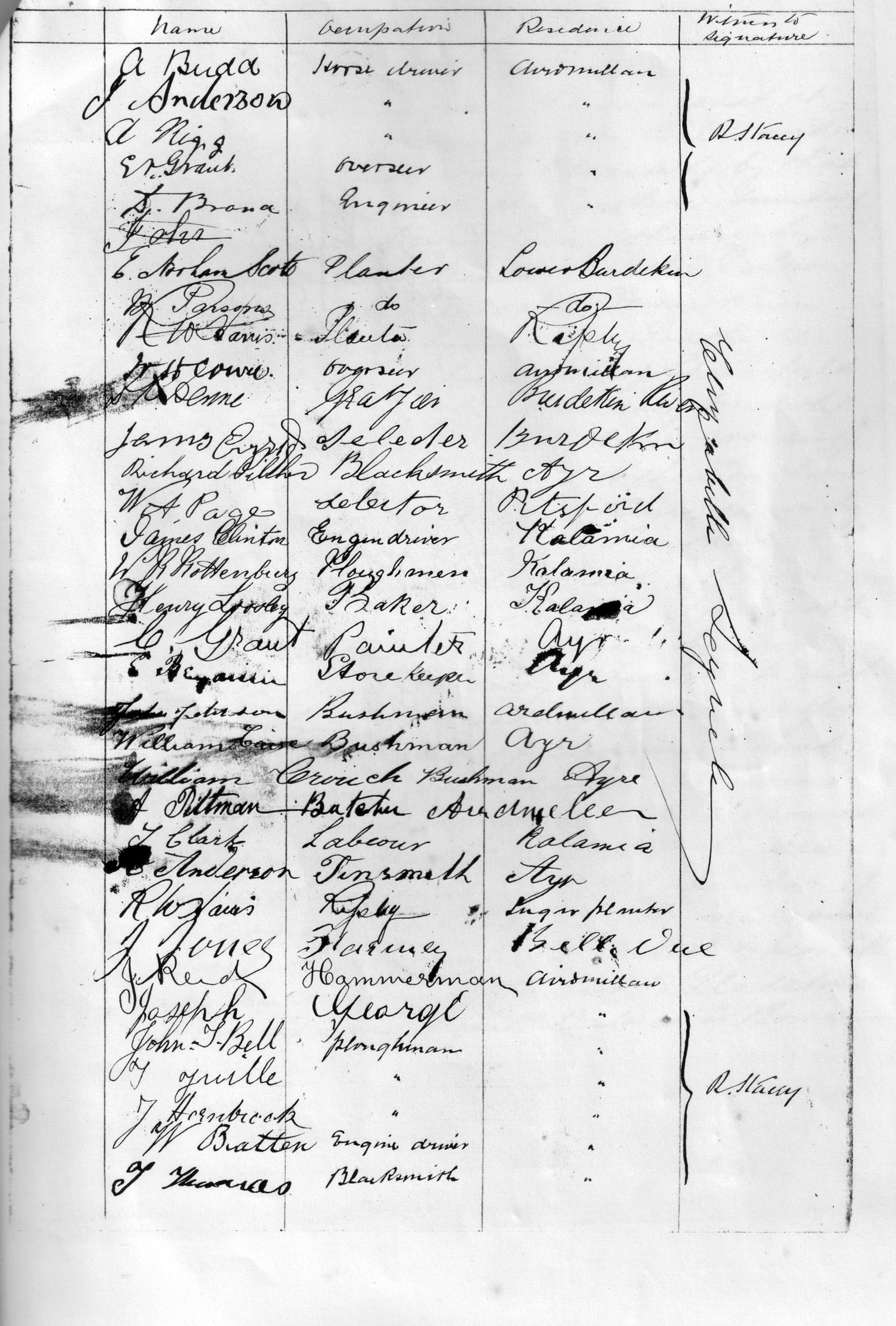 DAVID JOLLIE BRAND was born at Causewayhead, near Stirling, on 14th May 1852.

After being educated at Greenock he served his apprenticeship from 1867 to 1872 in the Kilblain Engine Works of Messrs. John Hastie and Co., Greenock.

Thence he went to London, and from 1872 to 1874 was foreman of the machine shop in the sewing-machine works of Messrs. J. G. Weir and Co.

From 1874 to 1882 he was a marine engineer in the service of the Peninsular and Oriental Steamship Co., and obtained a first-class certificate of the Board of Trade; during two years of this period he was second engineer of the s.s. " Assam."

From 1882 to 1883 he was chief engineer of a sugar plantation at Rockhampton in Queensland.

He was also Chief Engineer of Airdmillan Sugar Mill in North Queensland from around 1883 to when the mill closed between 1885-1886.

In 1883 he became a partner in the firm of Messrs. Brand and Drybrough, Cleveland Foundry and Engine Works, Townsville, Elphinstone County, North Queensland, who were engaged from 1885 to 1891 in constructing the breakwater of Townsville harbour as sole contractors; they had also a slipway for hauling up ships for repairing. His combination of business shrewdness, intellectual ability, physical energy, and power to influence his fellow men, marked him out as one destined to do good work for many years.

He was in the best of health when on 26th October 1897 he went on board a dredge which his firm had working at a government contract for dredging the Gladstone Narrows, and was suddenly taken ill and expired, at the age of forty-five. He became a Member of this Institution in 1892.