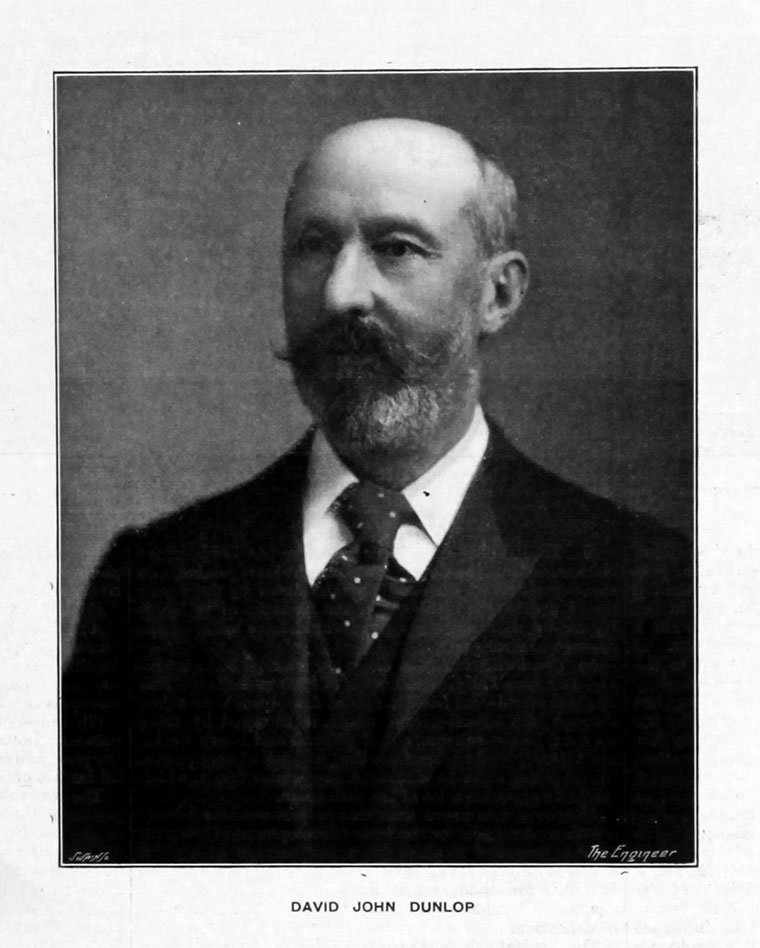 Worked at the Hyde Park Locomotive Works and Randolph, Elder and Co. Set up Cunliffe and Dunlop business that later became David J. Dunlop and Co

Trained at the Hyde Park Engine Works, Glasgow, he afterwards joined the firm of Randolph Elder and Company, by whom he was entrusted in 1867 with the design and construction of the Fairfield Shipbuilding and Engineering Works at Govan.

After Mr. John Elder’s death in 1870, he commenced business with Mr. J. L. Cunliffe, under the style of Cunliffe and Dunlop, later carrying it on alone as Messrs. D. J. Dunlop and Company, of Inch Works, Glasgow. He built a number of cargo-, cable- and passenger-steamers, as well as light-draught boats for river-work.

Mr. Dunlop was elected a Member of The Institution on the 6th December, 1904.

Detailed obituary in The Engineer