Grace's Guide is the leading source of historical information on industry and manufacturing in Britain. This web publication contains 137,331 pages of information and 220,558 images on early companies, their products and the people who designed and built them. 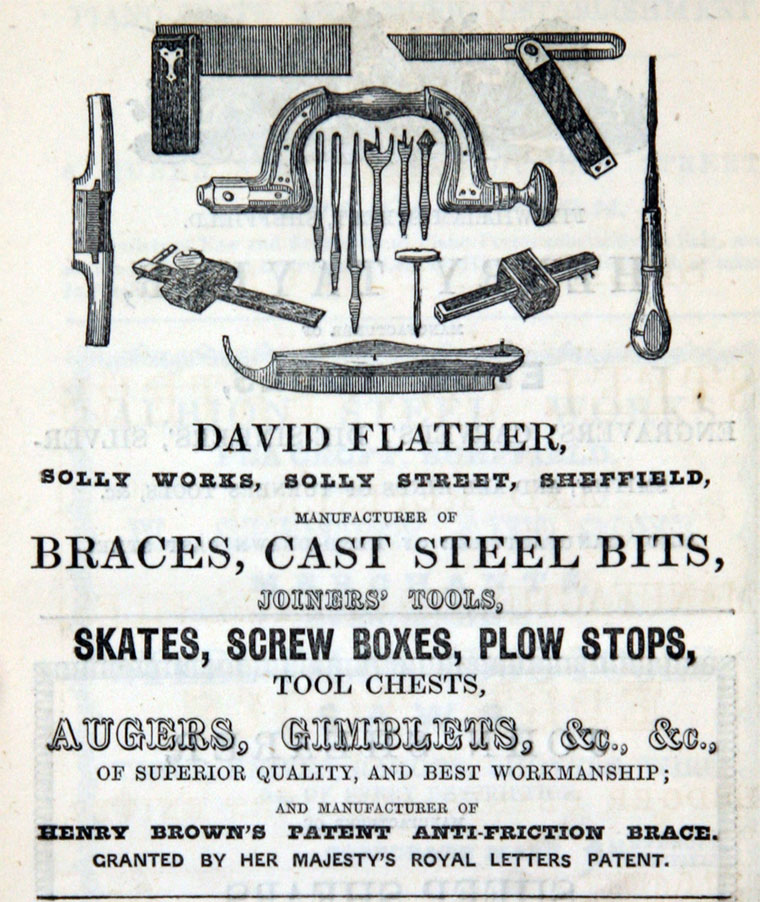 At some point the partnership of Brown and Flather was formed at the Solly Street address.

1850 The partnership between Henry Brown and David Flather expired.

The business continued as David Flather.

By 1876 Flather had brought his sons into the company which became David Flather and Sons; the company was also making steel at the Love Street Works

At some point the steels business was separated from this one - see W. T. Flather

1902 The partnership of John Flather and Walter Flather, Joiners' Tools Manufacturers, as DAVID FLATHER AND SONS, was dissolved by mutual consent. All debts due will be paid by John Flather the younger, who has purchased the said business, and who will continue to carry on the same under the same style and at the same place.[3]