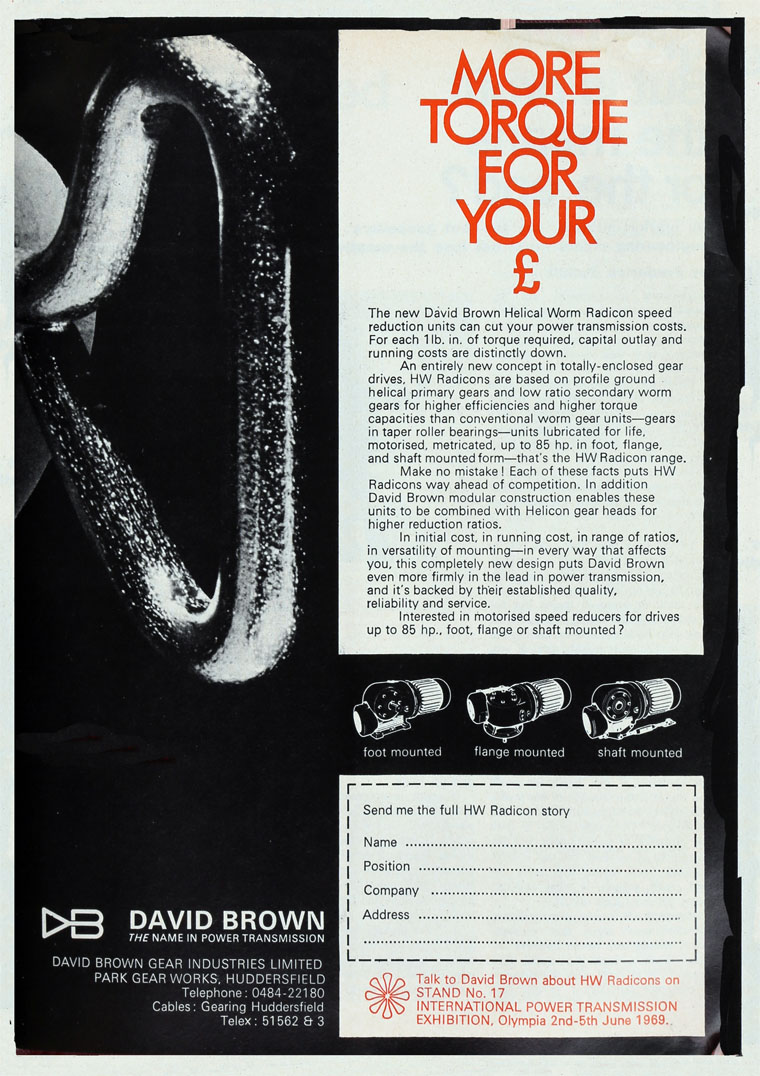 1969 Also had a factory at Sunderland

1974 Labour force of 5000; claimed to have a turnover of £25 million from the production of large gears, pumps and associated gear systems.

They had five factories based in Huddersfield, Penistone, Salford, Sunderland and Sheffield.