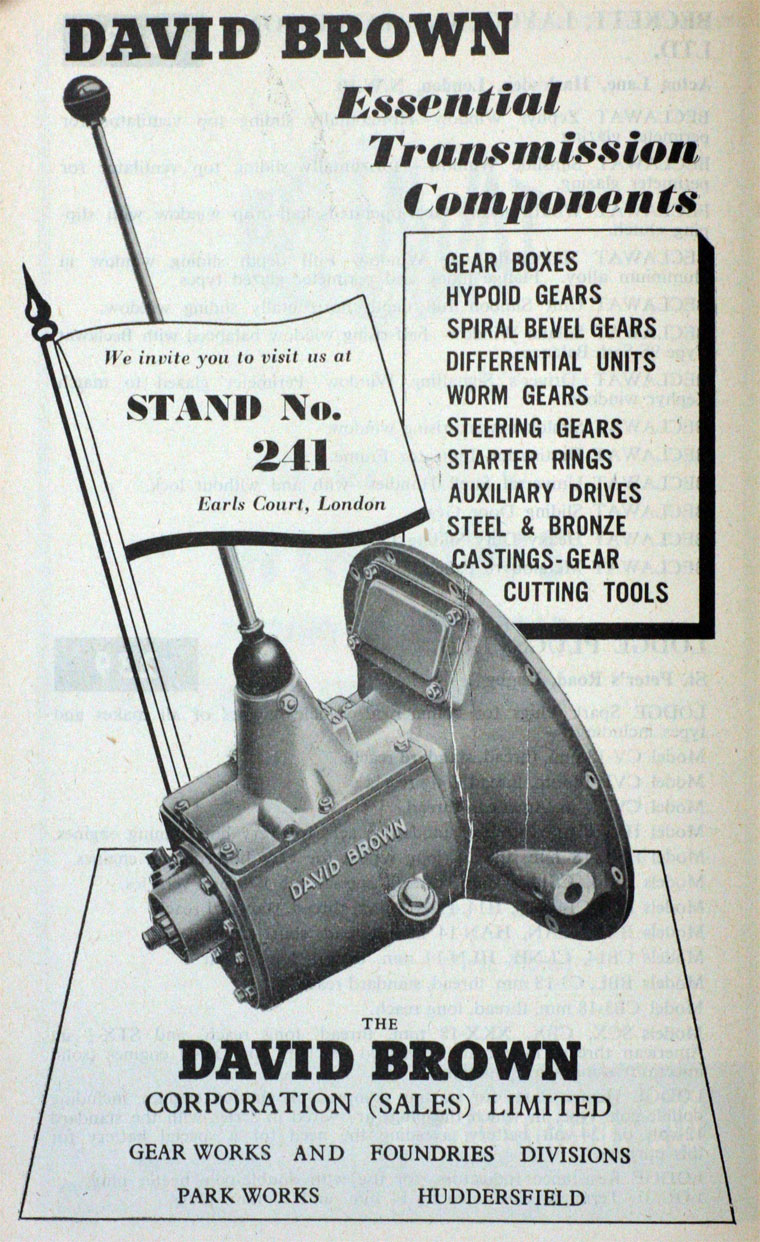 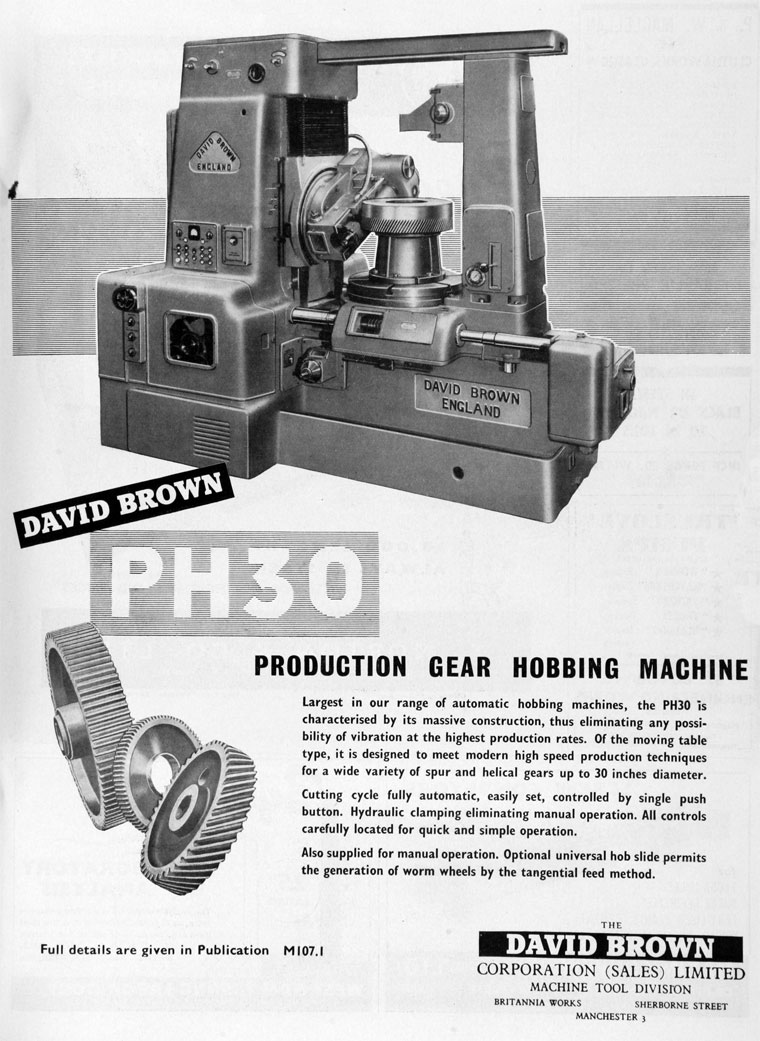 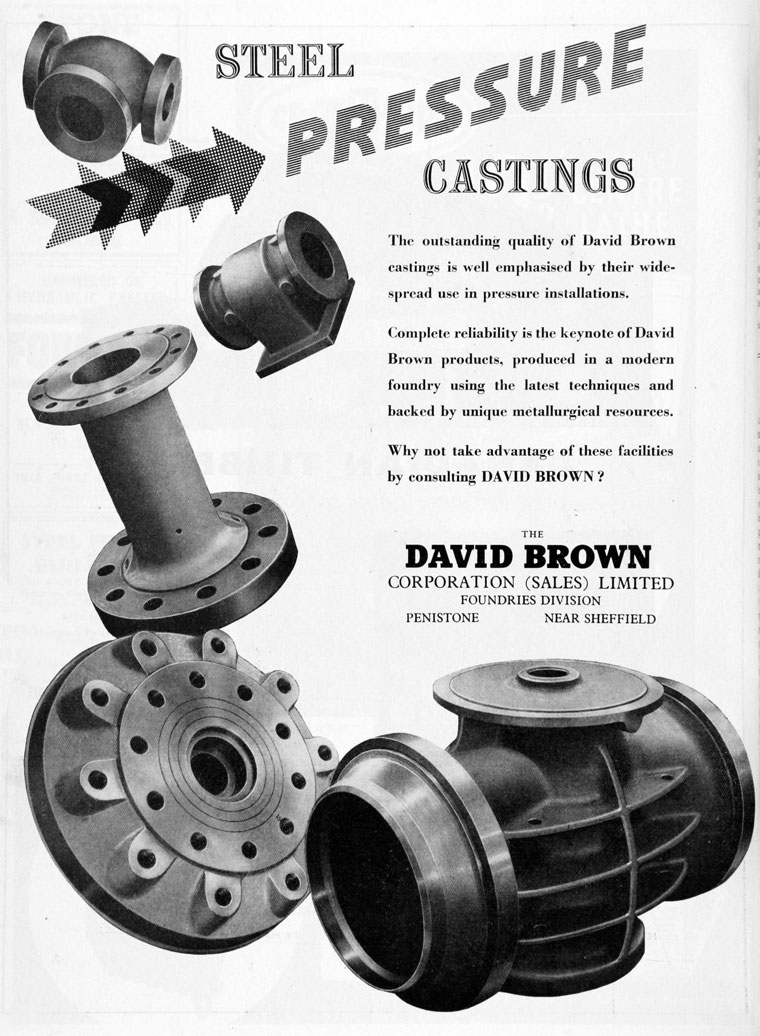 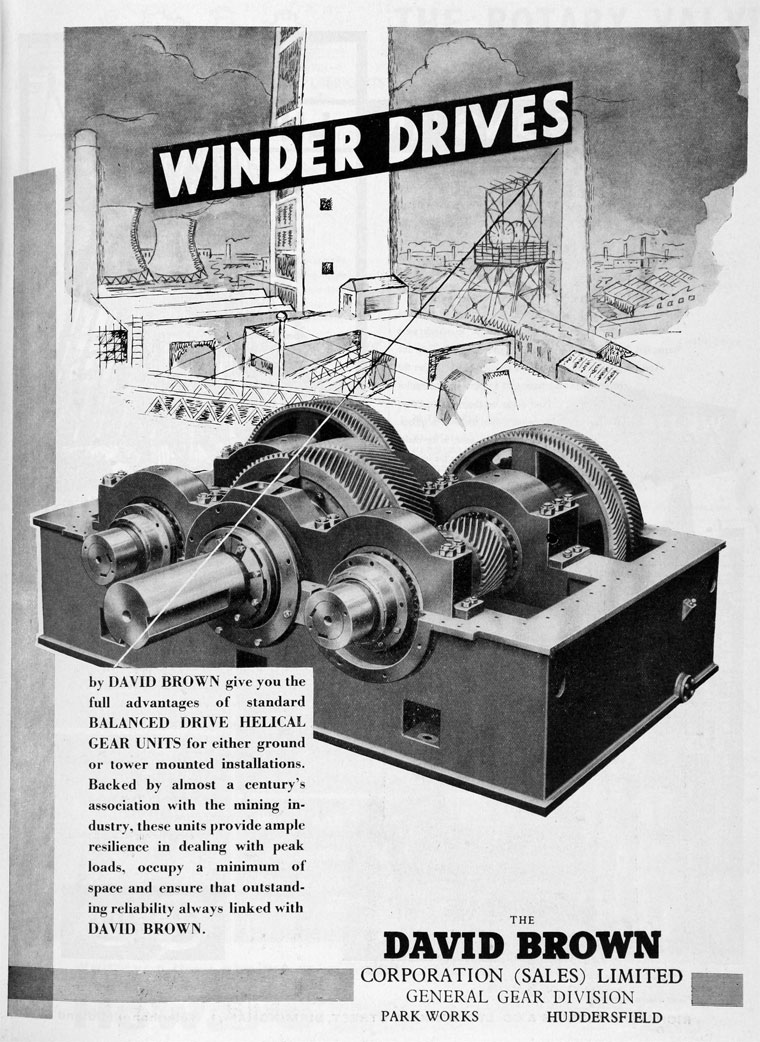 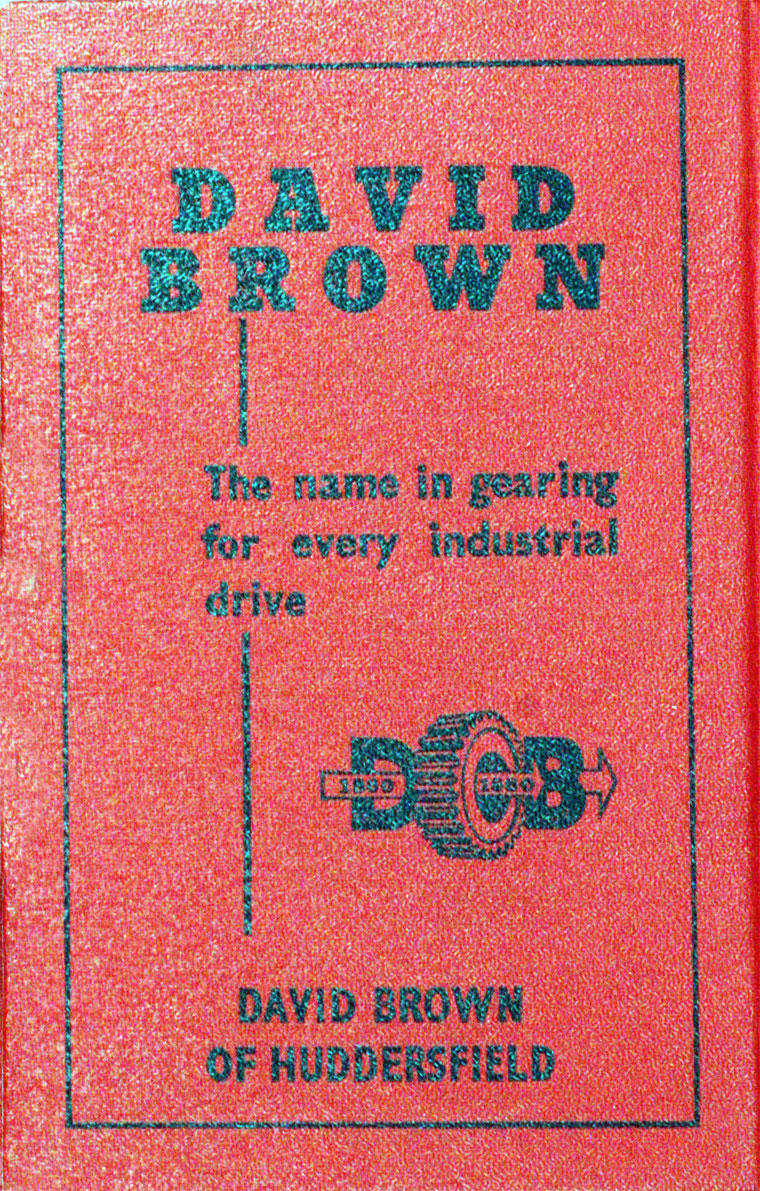 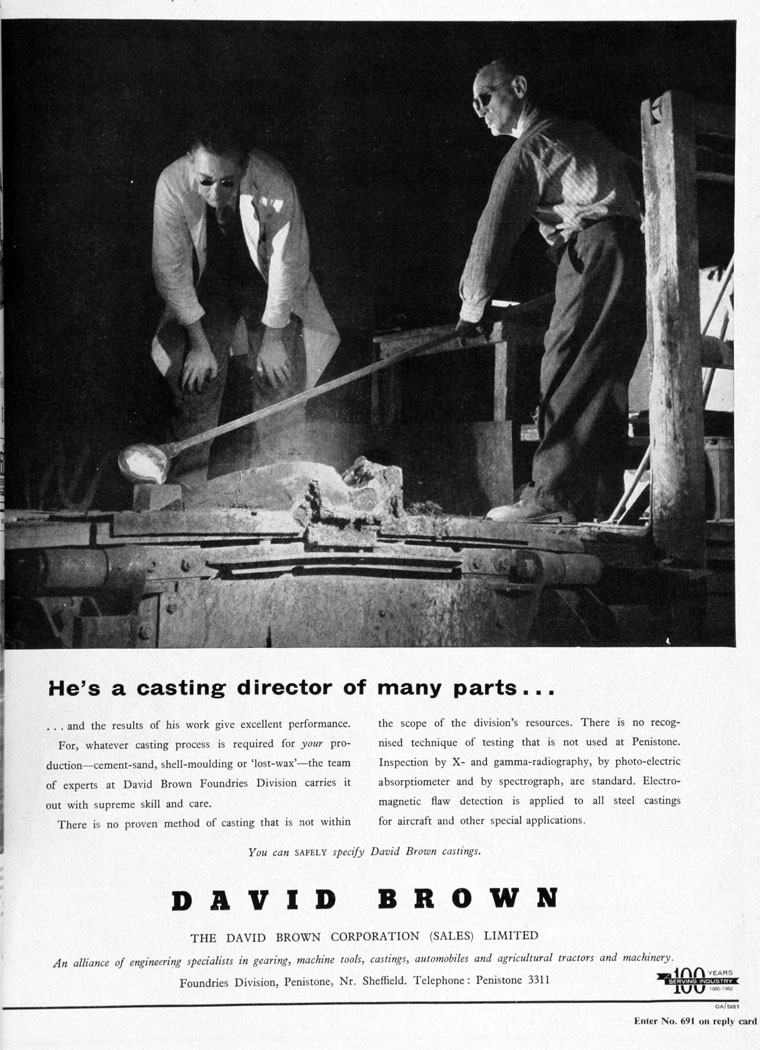 1955 The company acquired Tickford, builders of car bodies, and moved the car companies to their site.

1960 Ownership of the gear, foundry, and tool divisions was transferred to a new company, David Brown and Sons (Huddersfield) Ltd.

1960 Withdrew from sports car racing and grand prix racing, to concentrate on production cars for sale.

1964 The main products of the Corporation were[4]:

1964 David Brown acquired controlling interest in Vosper from Minerals Separation[5]; acquired Radyne[6]; tried but failed to acquire the largest maker of gears in the USA[7]

1966 Queens Award for export achievement by David Brown Tractors Ltd., Radyne Ltd. and Vosper Ltd. ; and for technological innovation in boat building and design by Vosper[8].

Early 1970s the David Brown Corporation was in financial difficulties.

1971 David Brown was removed from executive control of the company

1972 The Aston Martin-Lagonda car companies were sold to Company Developments Ltd which was later owned by the Ford Motor Company.

1972 Sold David Brown Tractors to Tenneco Inc[9], becoming affiliates of J. I. Case. The company was then centred on David Brown Gear Industries and the controlling interest in Vosper[10]

1978 After Vosper Thornycroft was nationalized, Sir David Brown resigned from the chairmanship.

1990 The family disposed of its stake to the management; recruitment of new joint chief executives.