Grace's Guide is the leading source of historical information on industry and manufacturing in Britain. This web publication contains 148,122 pages of information and 233,665 images on early companies, their products and the people who designed and built them. 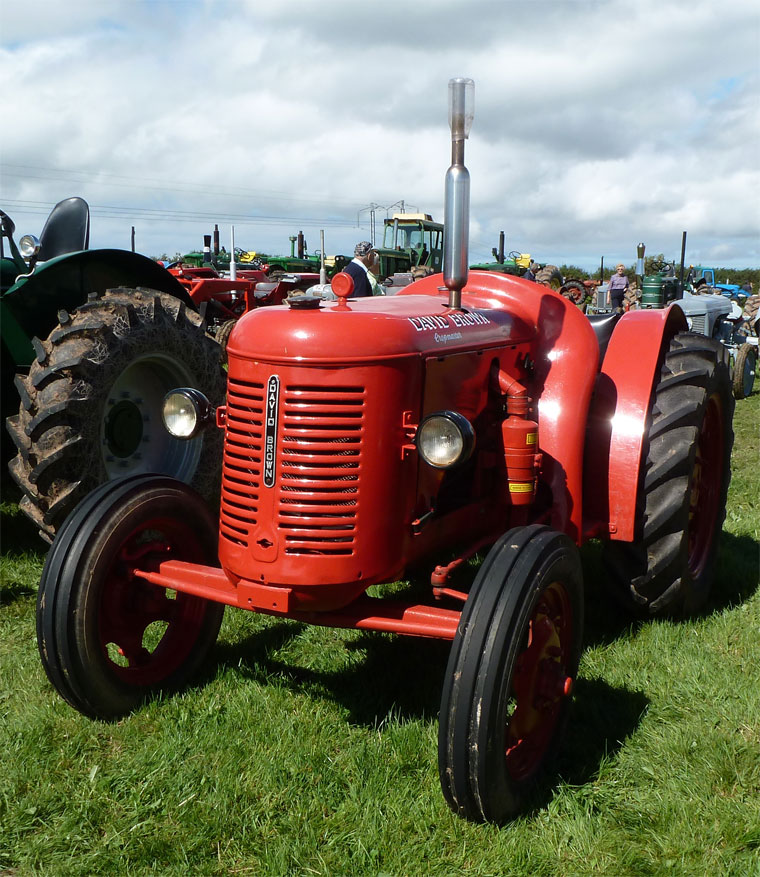 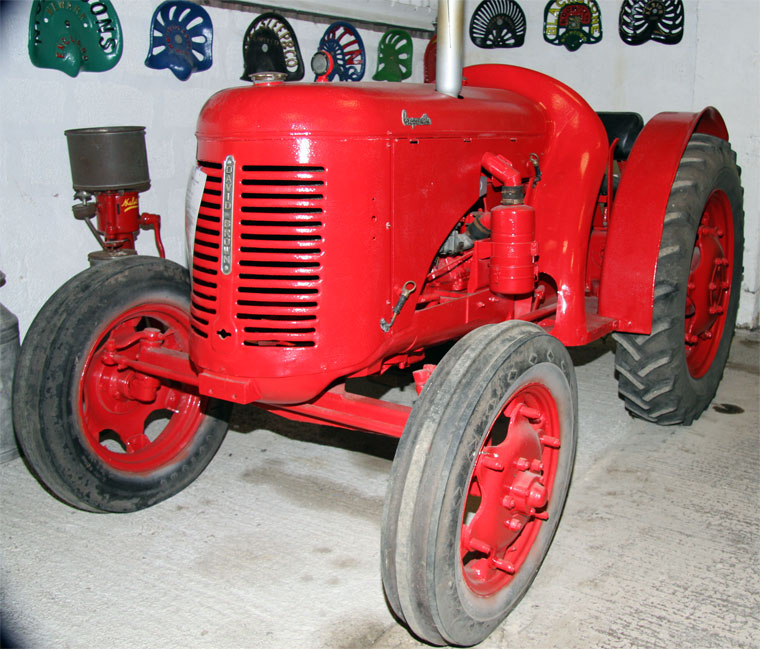 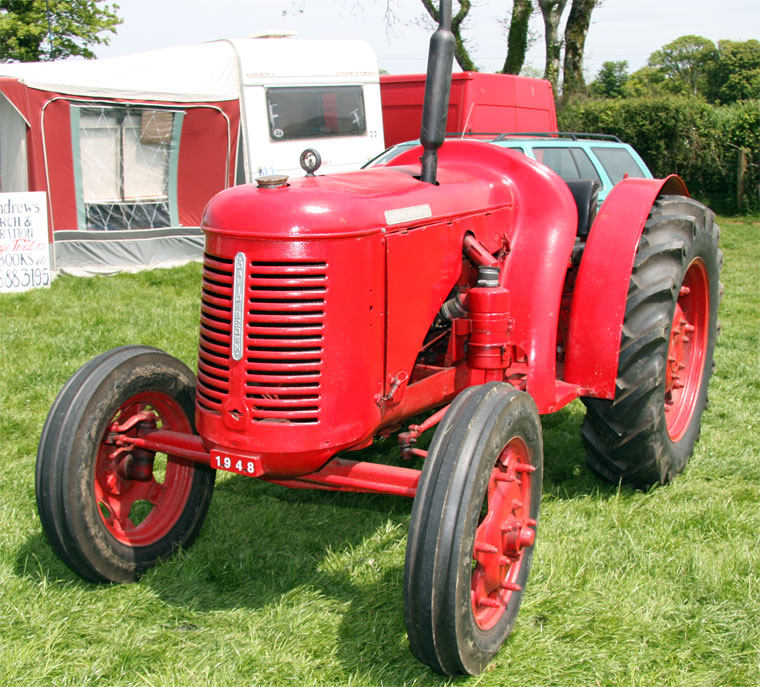 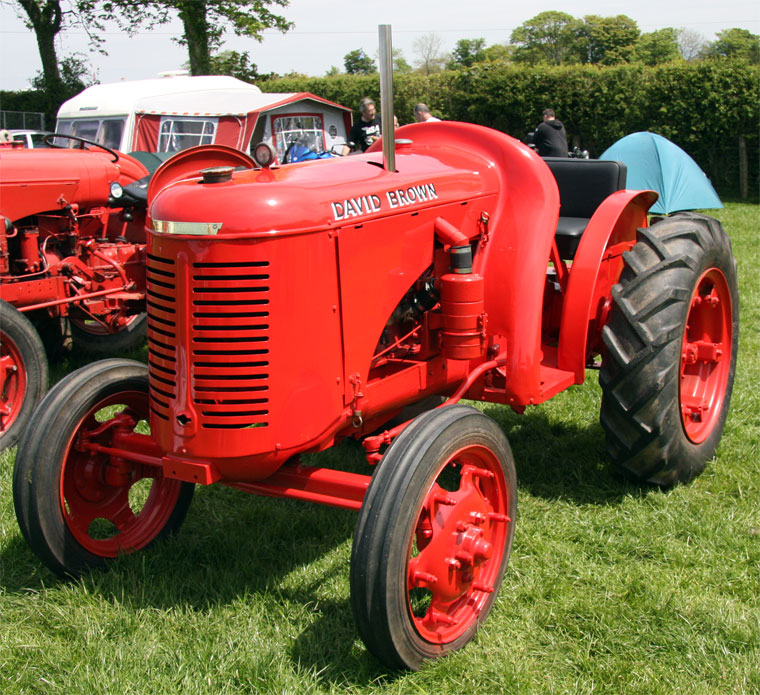 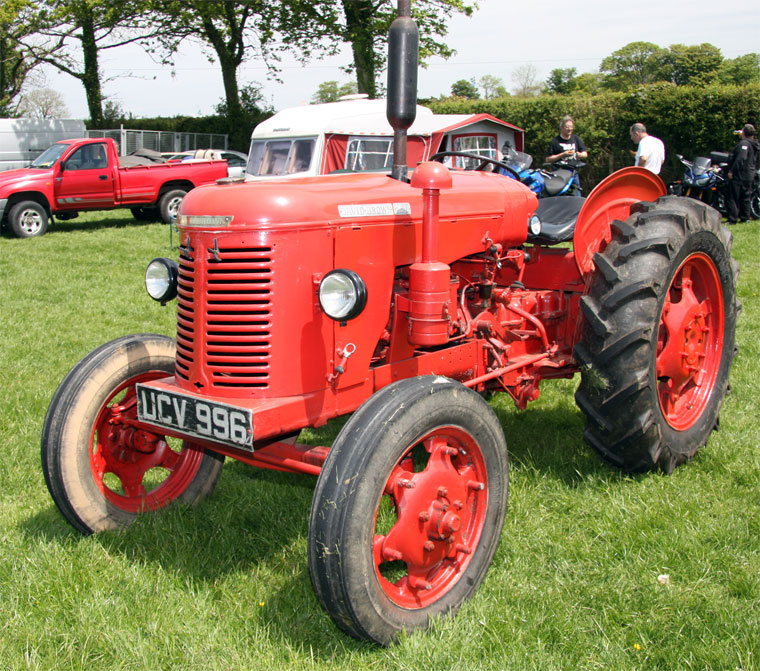 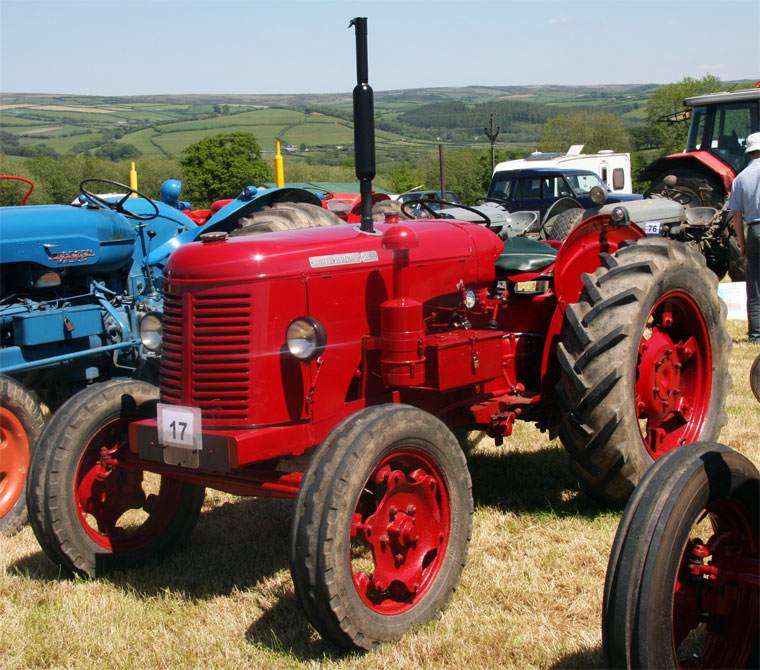 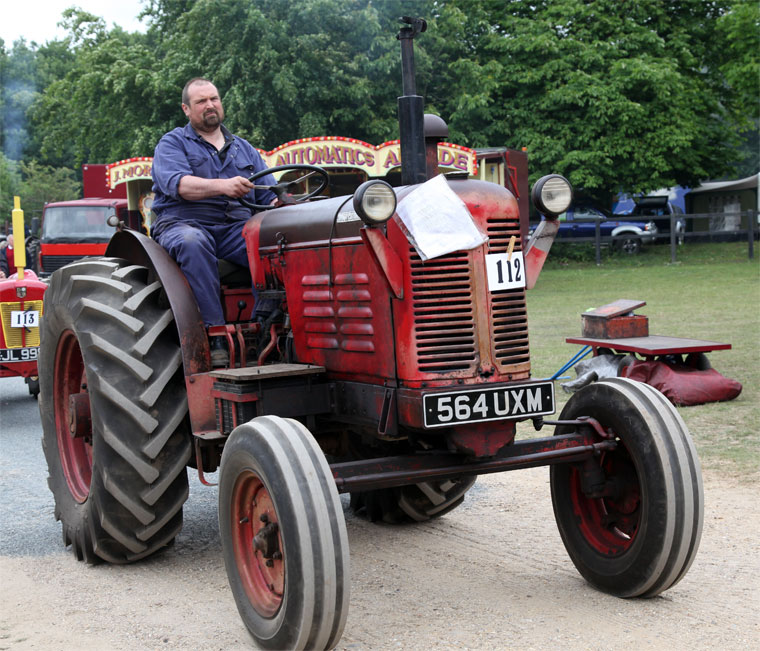 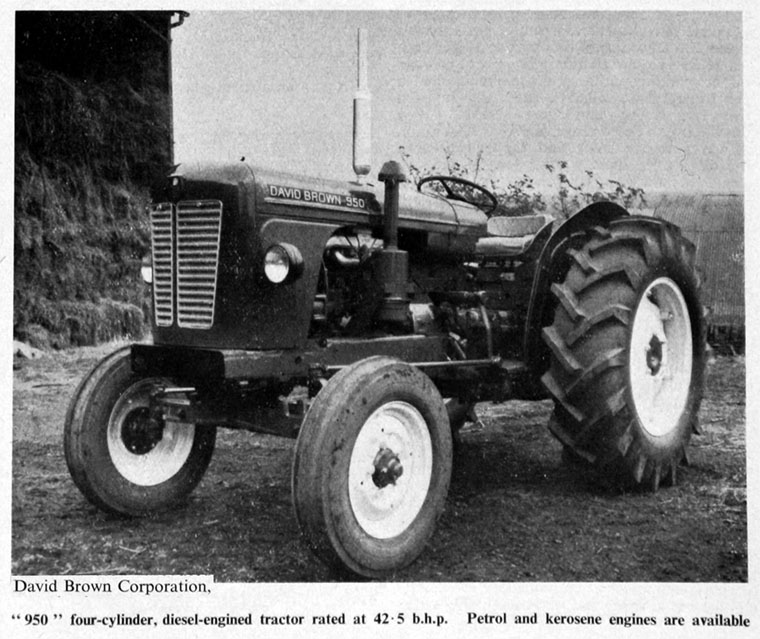 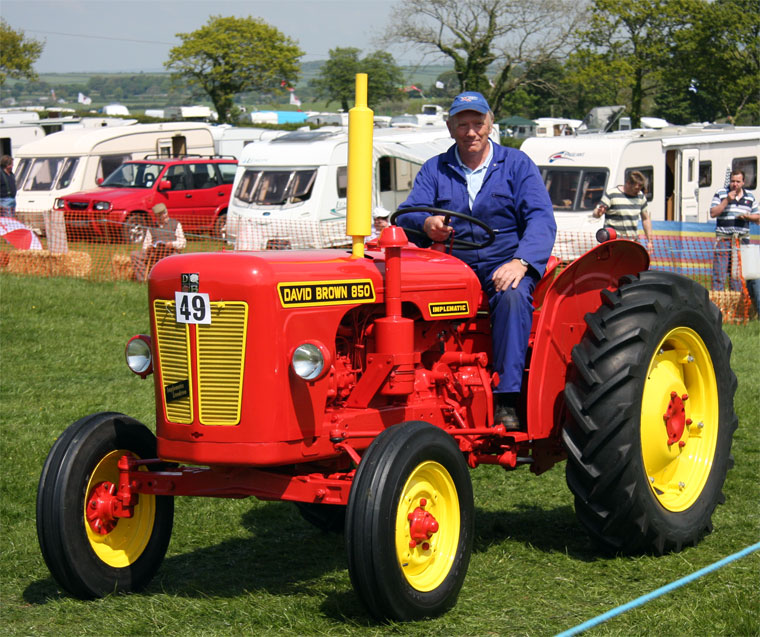 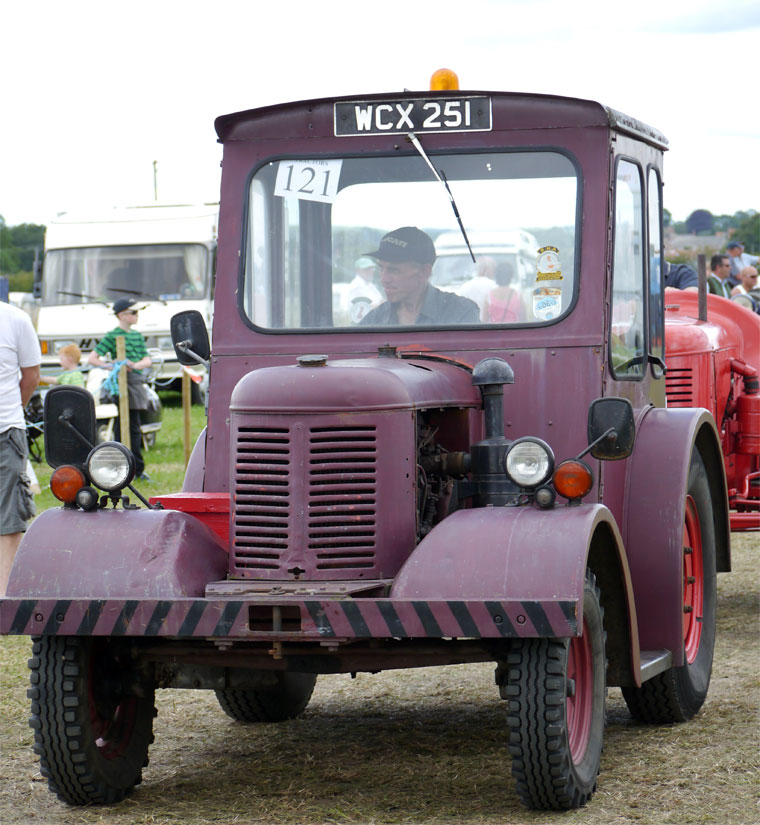 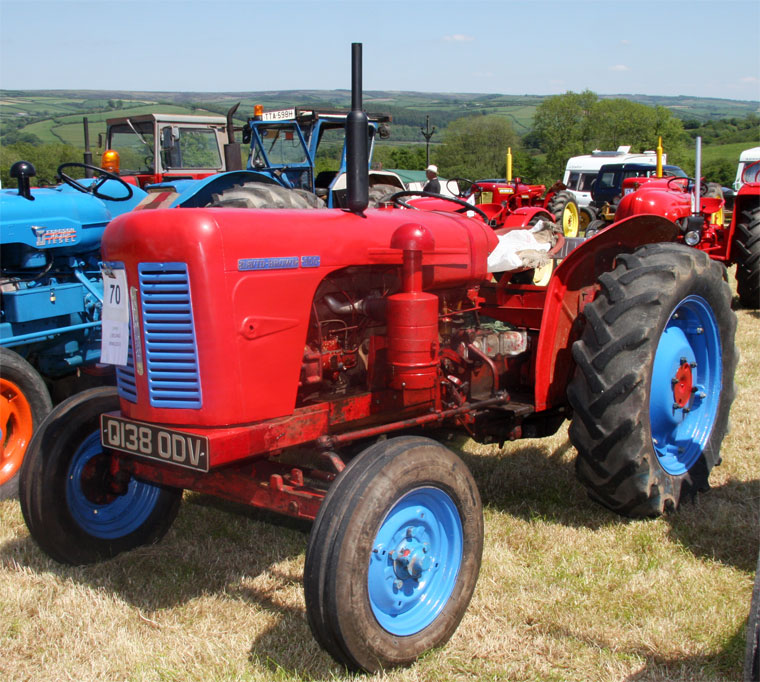 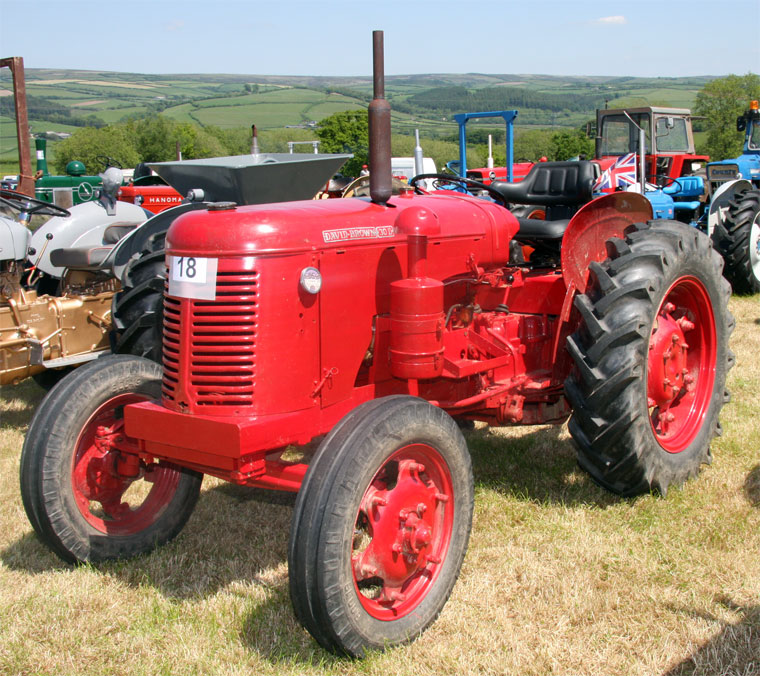 Reg No: HWY 955. Exhibit at the Tolson Museum, Huddersfield.

Exhibit at the Tolson Museum, Huddersfield. 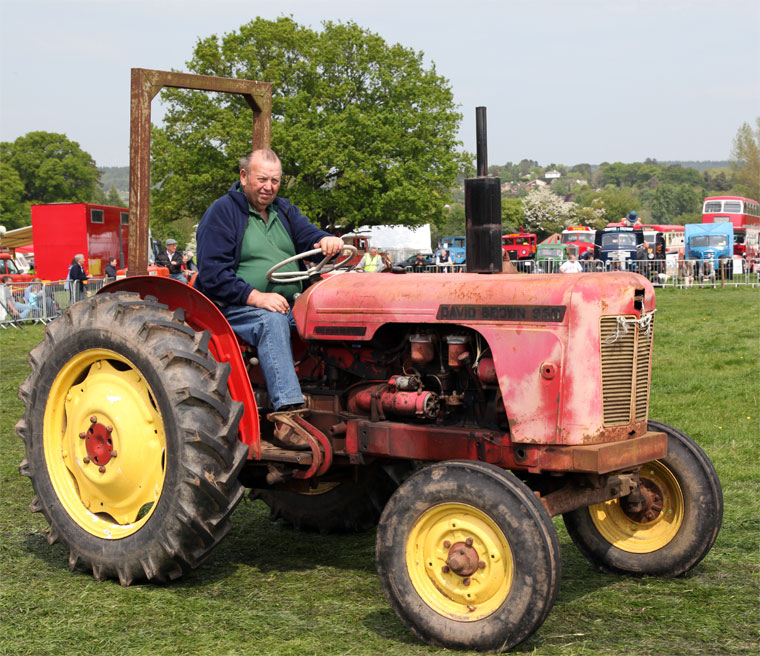 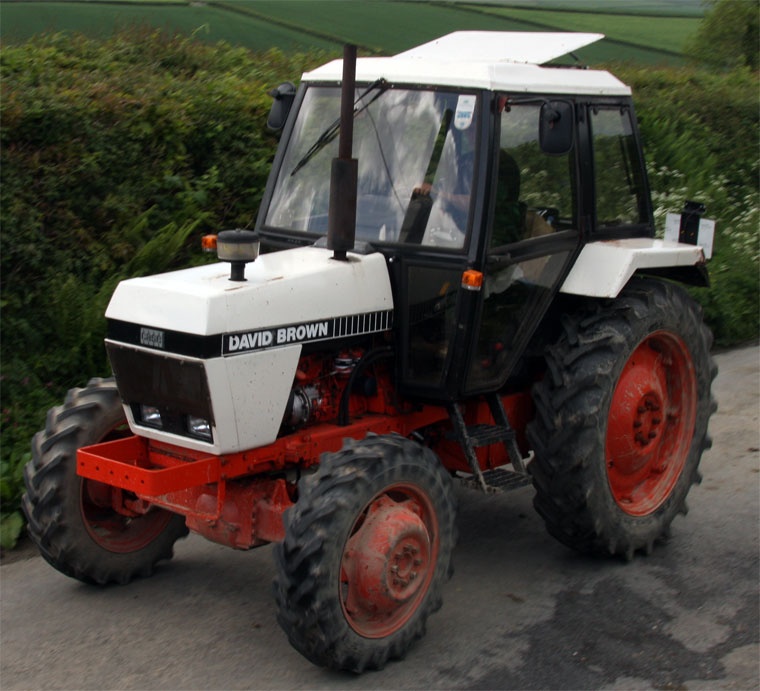 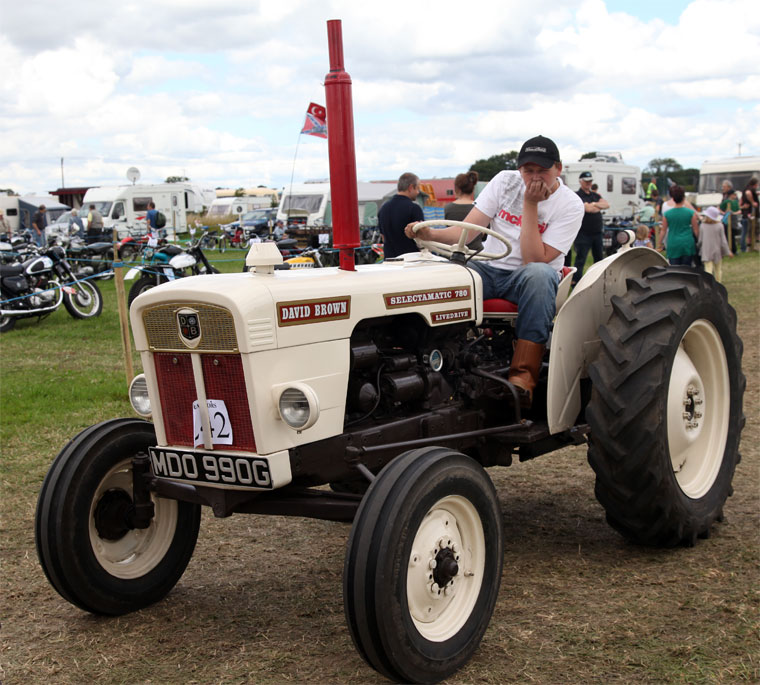 Note: This is a sub-section of David Brown and Sons

1934 The company built a new factory on a site at Meltham Mills, on the south side of Huddersfield.

1936 David Brown joined with Harry Ferguson to produce the Ferguson-Brown Tractor. The tractor was built at Park Gear Works, Huddersfield initially and later at the Meltham Mills factory.

The tractor was powered by a four-cylinder engine with the first 500 having a Coventry Climax Type E engine and the other 1,350 having a 2010 cc David Brown engine.

The Ferguson-Brown tractor sold well but the partnership between David Brown and Harry Ferguson came under pressure as Brown felt that some small alterations could improve the tractor.

The Ferguson-Brown tractor was improved to become the world's first production tractor featuring a hydraulic lift and converging three-point linkage.

1939 September. Following the production of 1,350 of these updated models David Brown and Harry Ferguson parted and David Brown went on to produce a new model. This model was the VAK1 and was an immediate success with over 7,700 units eventually sold

The VAK1 was elegant in its style and used a four-cylinder engine with four forward and one reverse gear. It had a patented depth wheel system.

As well as being used as farm machinery many of the VAK1s were used in World War II as aircraft tugs and crawlers.

Production of the tractors ceased for a while during the war and it wasn't until 1945 that the VAC1A was produced. This updated version featured an improved engine lubrication system and a more precise governor.

The David Brown Co. went on to produce the Cropmaster in 1947. This started a long run of production of Cropmaster tractors which finished in 1953.

The Cropmaster was known for its reliability and quality and included many extras as standard features, such as hydraulic lift and electric lighting.

The 50D model tractor was produced from 1953 to 1958. It featured a six-cylinder, 50 HP power unit and was a heavy tractor ideal for towing operations.

The 2D was designed for precision market garden work and for use on larger farms as a specialist row-crop machine. It was powered by a lightweight two-cylinder diesel engine.

1957 The 900 Livedrive was produced with a dual clutch which could give live hydraulics.

1959 The 950 Implematic was marketed, featuring the depth wheel system or draught control with equal facility.

Further models were produced in the 1960s with enhanced features such as multi-speed PTO and improved front axle clearance. Height control was added to the hydraulic system and in the 880 Implemantic a new engine provided far greater power.

The 770 model featured a patented two-lever twelve-speed gearbox as standard equipment and the Selectamatic hydraulic system. This was introduced to all David Brown tractors in October 1965.

1967 The 1200 Selectamatic tractor, had a separate hand clutch and the hydraulic pump was mounted at the front of the engine. A standard feature was the luxury suspension seat.

1971 The Synchromesh twelve forward and four reverse gear-box was fitted as standard on all David Brown tractors. Also in 1971 the David Brown safety feature, the Weatherframe was introduced.

In 1972 the David Brown tractor interests were bought by J. I. Case, via Tenneco International.[1]

In 1988 the Meltham factory closed

There is a webpage dedicated to the history of David Brown.