Grace's Guide is the leading source of historical information on industry and manufacturing in Britain. This web publication contains 140,582 pages of information and 227,382 images on early companies, their products and the people who designed and built them. 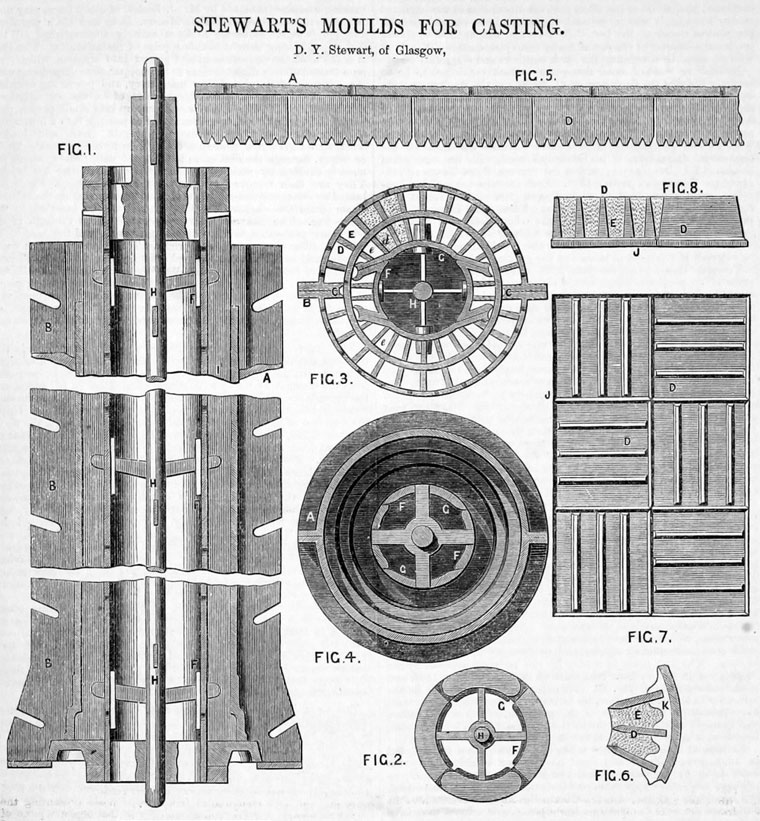 1847 Formation of the partnership of Messrs. Stewart and Bowser

1850 Partnership change. '...the Partnership heretofore subsisting between us the undersigned, David Yoolow Stewart, of Glasgow, in the kingdom of Scotland, William Black, of Wellclose-square, in the county of Middlesex, Thomas Henry, of Mark-lane, in the city of London, David Henry, of the same place, Howard Bowser, of Glasgow aforesaid, John Pullar, of Perth, in the said kingdom of Scotland, and Lawrence Pullar, of the same place, and Alexander Angus Croll, of Tottenham, in the county of Middlesex, trading under the firm of D. Y. Stewart and Company, at Charles-street, Saint Rollox, Glasgow aforesaid, as Ironfounders, v/as dissolved by mutual consent, as upon and from the 6th day of March 1850, so far only as respects the undersigned, Alexander Angus Croll, who retires therefrom; but such business will henceforth be carried on under the like firm by all the above-named parties (other than the said Alexander Angus Croll)...'[3]

1881 Supplied 27 miles of pipes for the Vyrnwy Aqueduct

Post-1882 After Mr. Stewart's death, the capacity of the works, in regard both to quantity and efficiency, was greatly increased under Mr. Bowser's supervision[6]

1899 At the time of his death Mr Bowser was maturing a scheme of extensive improvements in the electric power of the works.