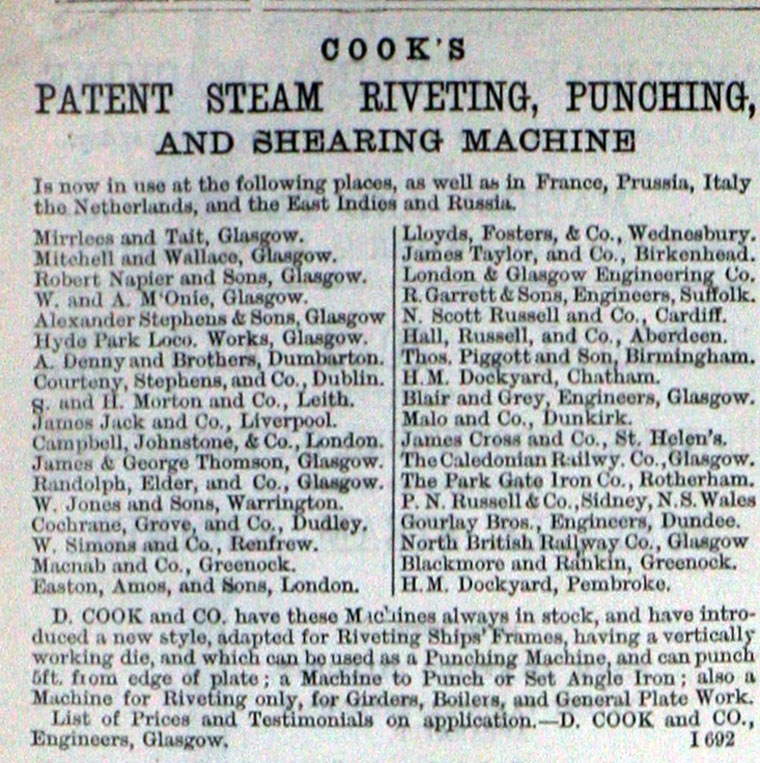 About 1800 he removed to the south side of the Clyde, where he erected extensive works.

1812 His first marine engine was fitted into the Elizabeth, a small vessel built by John Wood and Co in 1812 for John Thomson.

Within ten or twelve years Cook had supplied the machinery for over twenty steamers.

When Cook retired, the business passed into the hands of his former manager, although not a relative, David Cook, who established the firm of D. Cook and Co. David Cook does not appear to have continued the marine engineering side of the business; supplied sugar-making machinery to every part of the world. Chief designer was Robert Harvey.

Thereafter James Cook, nephew of James, who had been long in his uncle's employment, together with Robert Harvey, Senior, succeeded to the business, the firm then becoming Robert Harvey and Co, sugar-mill engineers.

c.1880 On Harvey's retirement, his son Robert took over and went on to develop the business (1905) as Harvey Engineering Company, Ltd, makers of sugar machinery and erection of central sugar factories, with a high reputation in all sugar-producing countries.