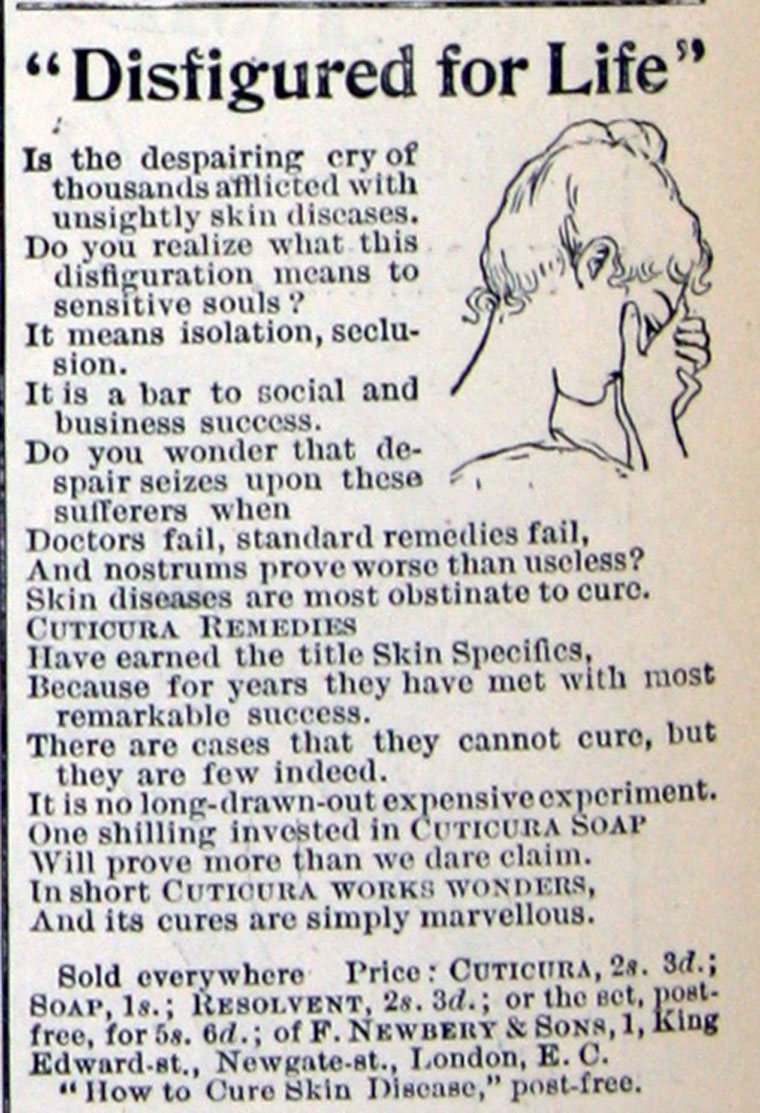 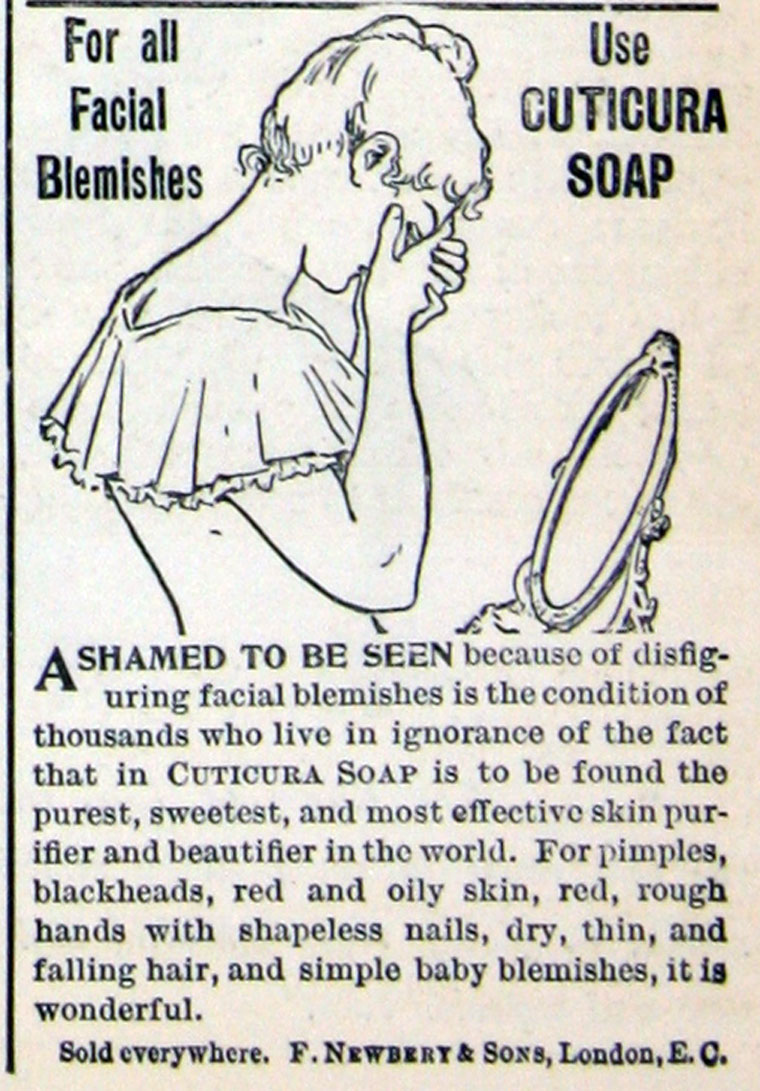 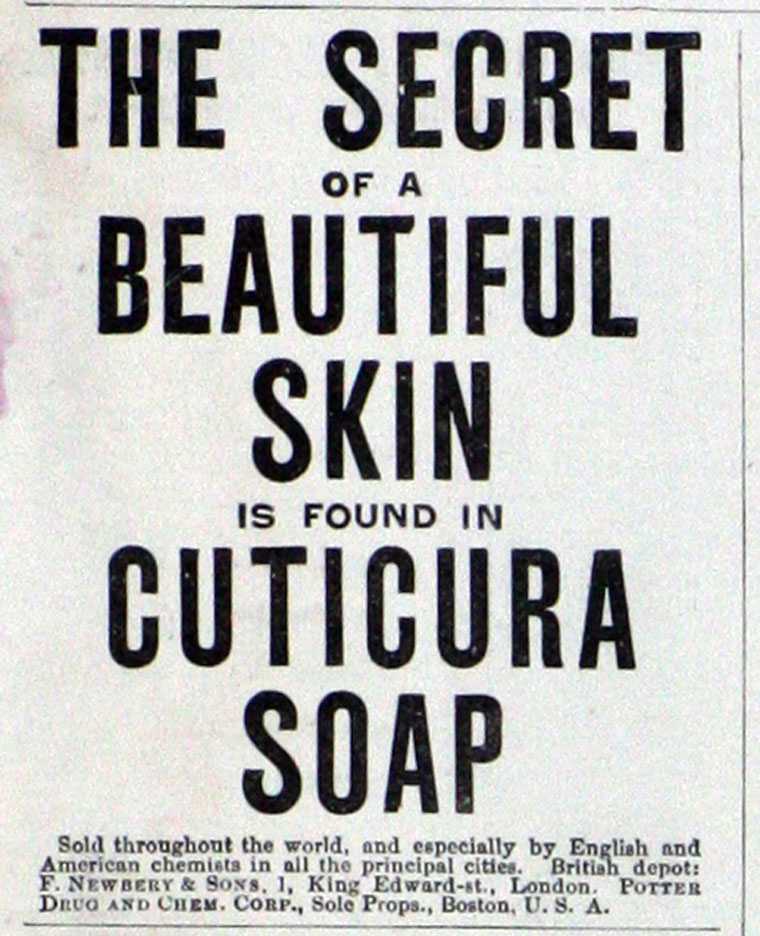 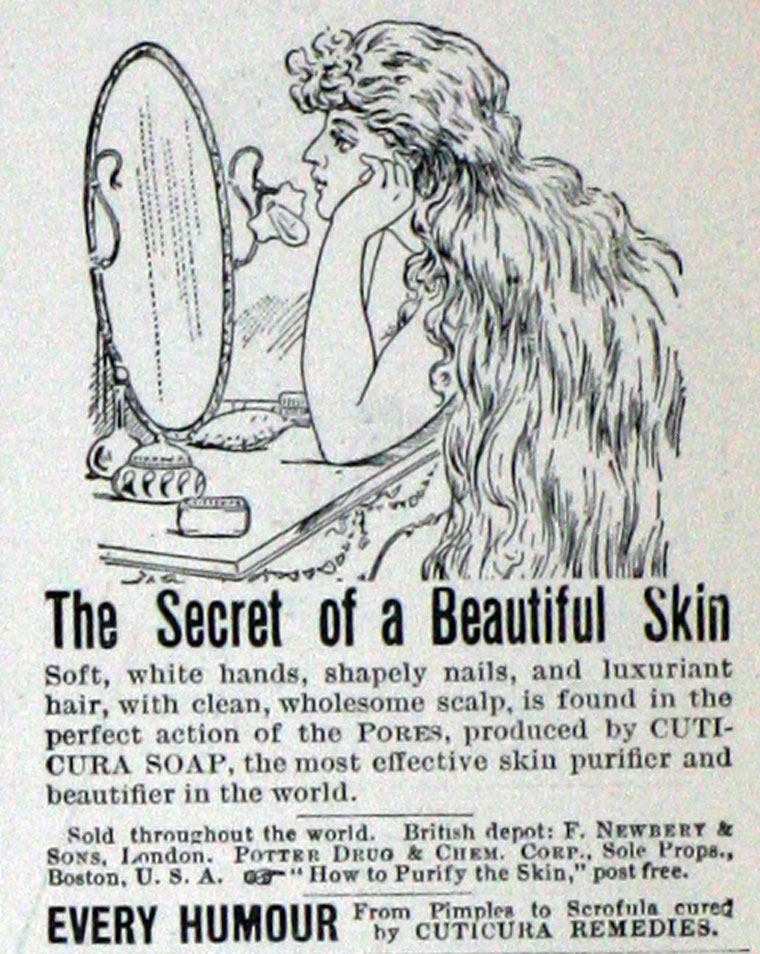 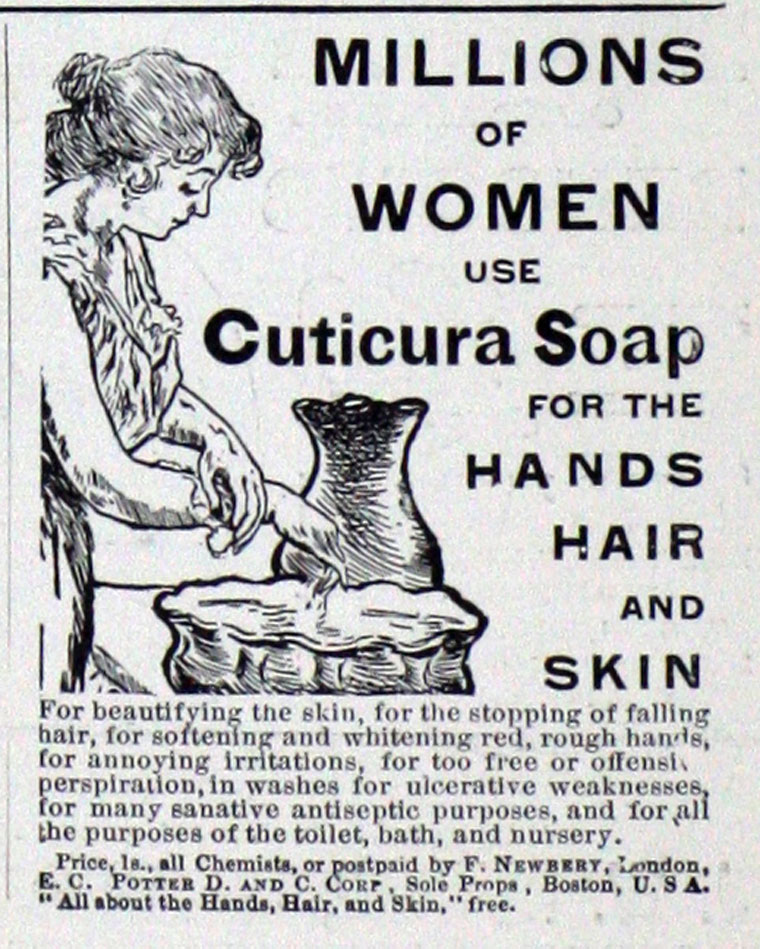 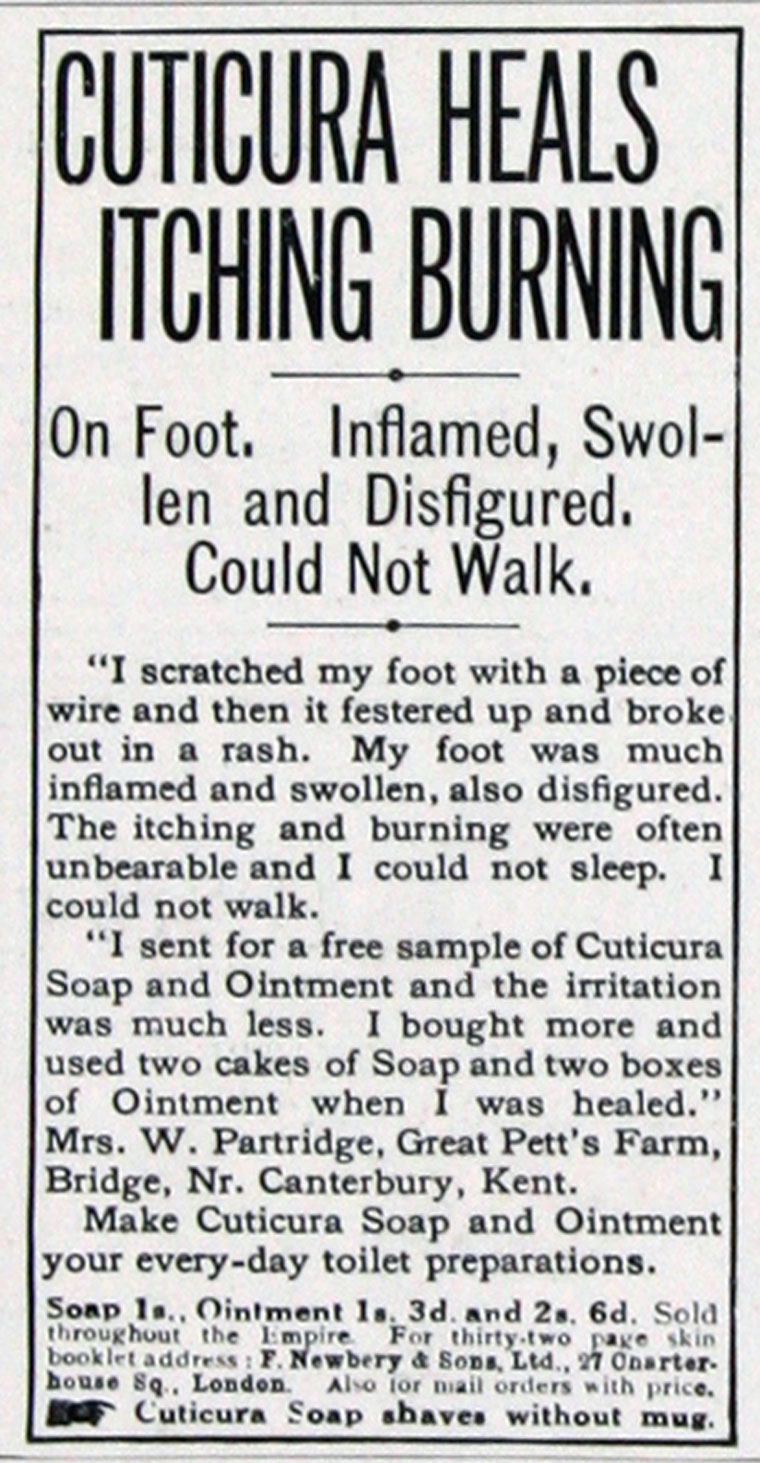 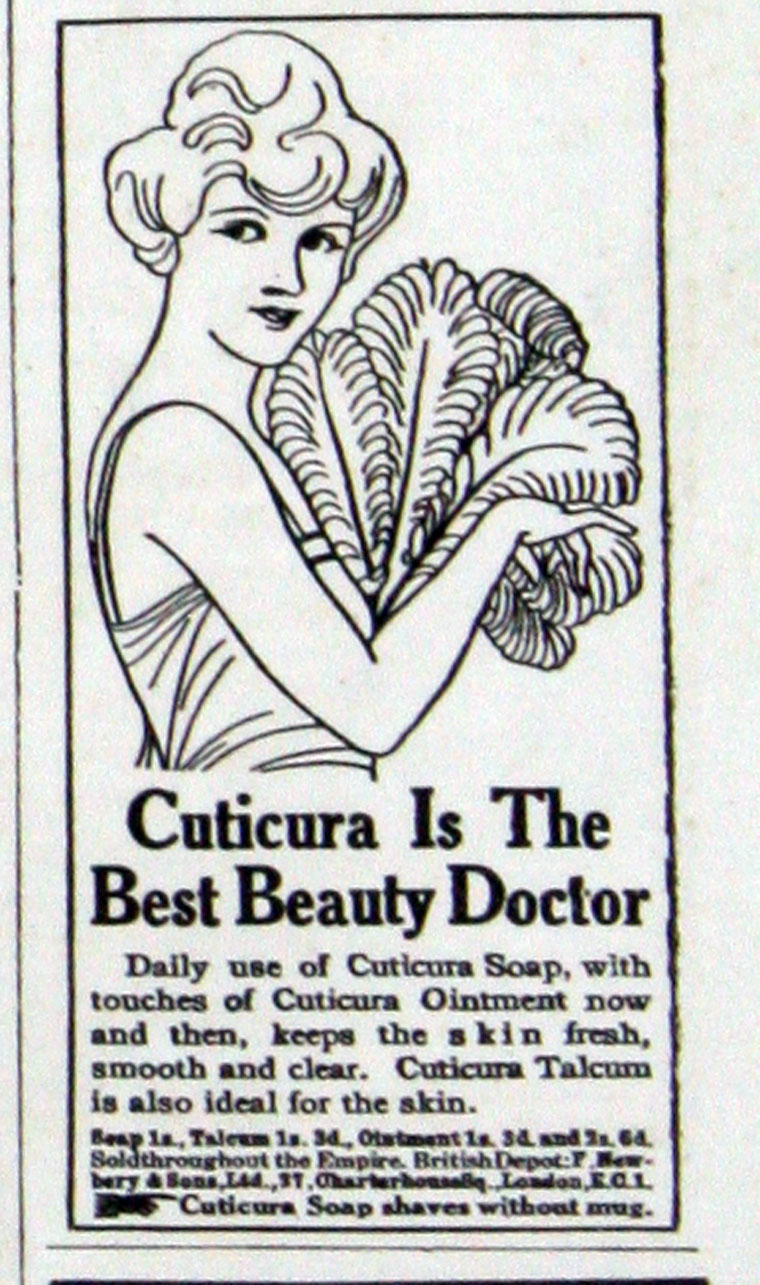 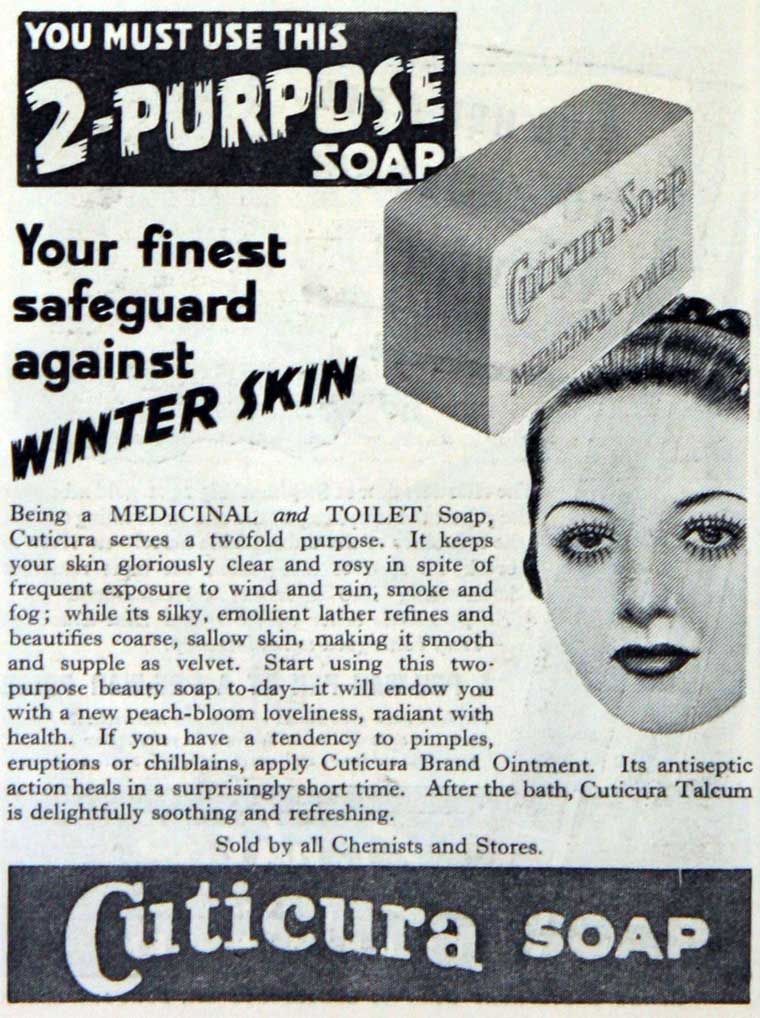 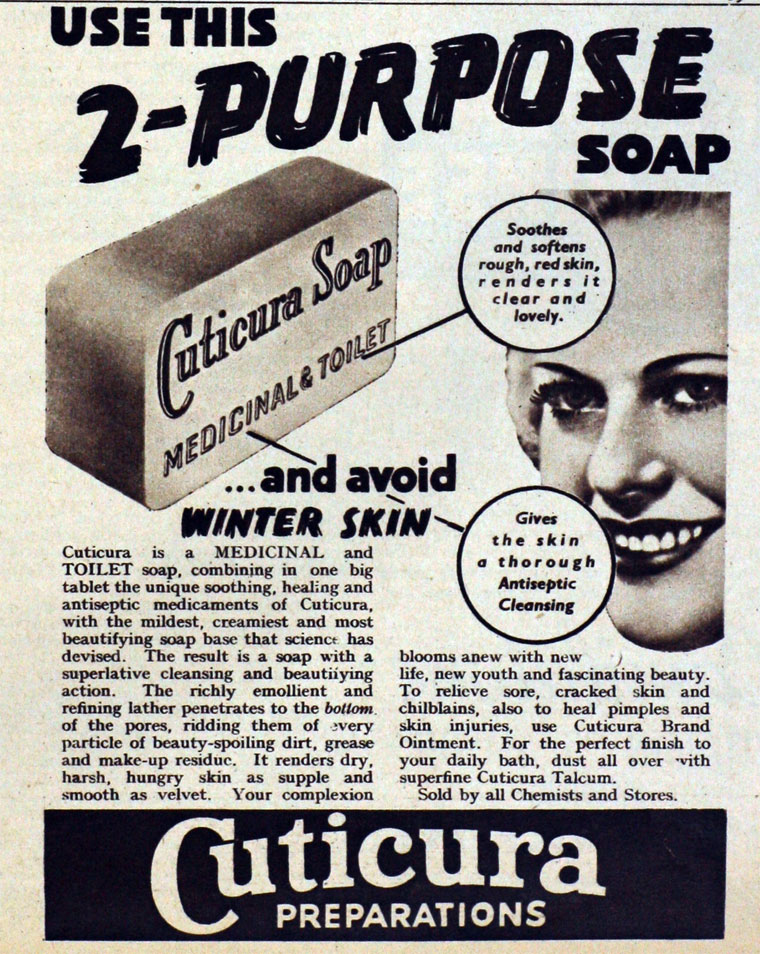 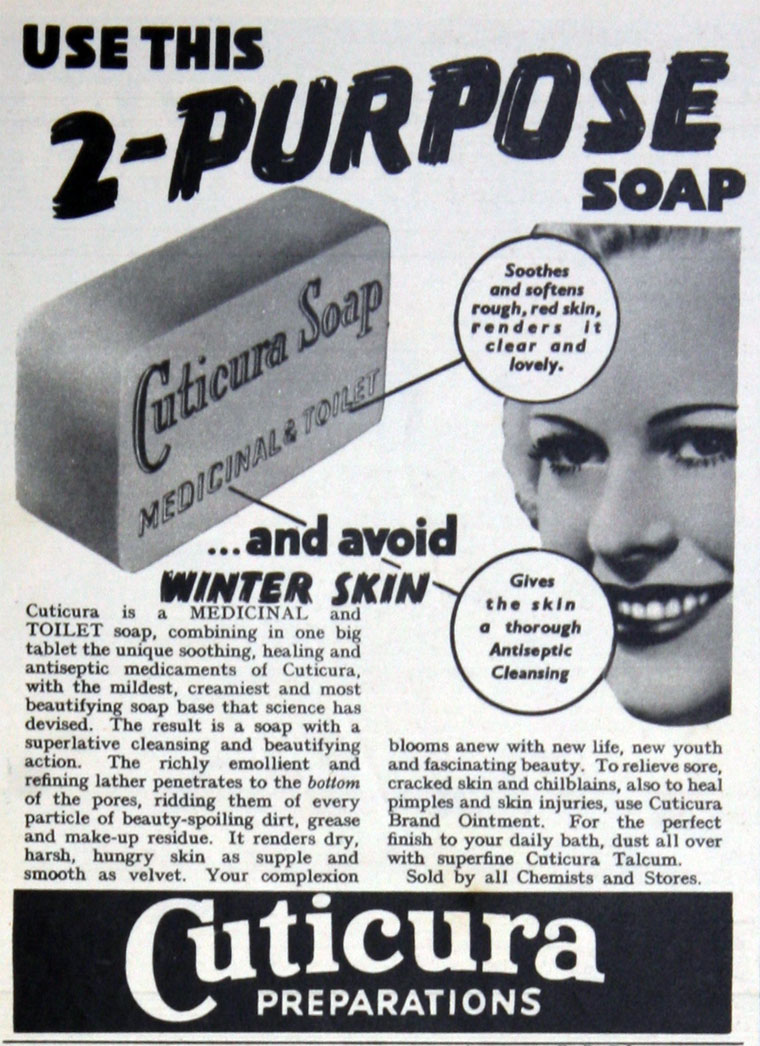 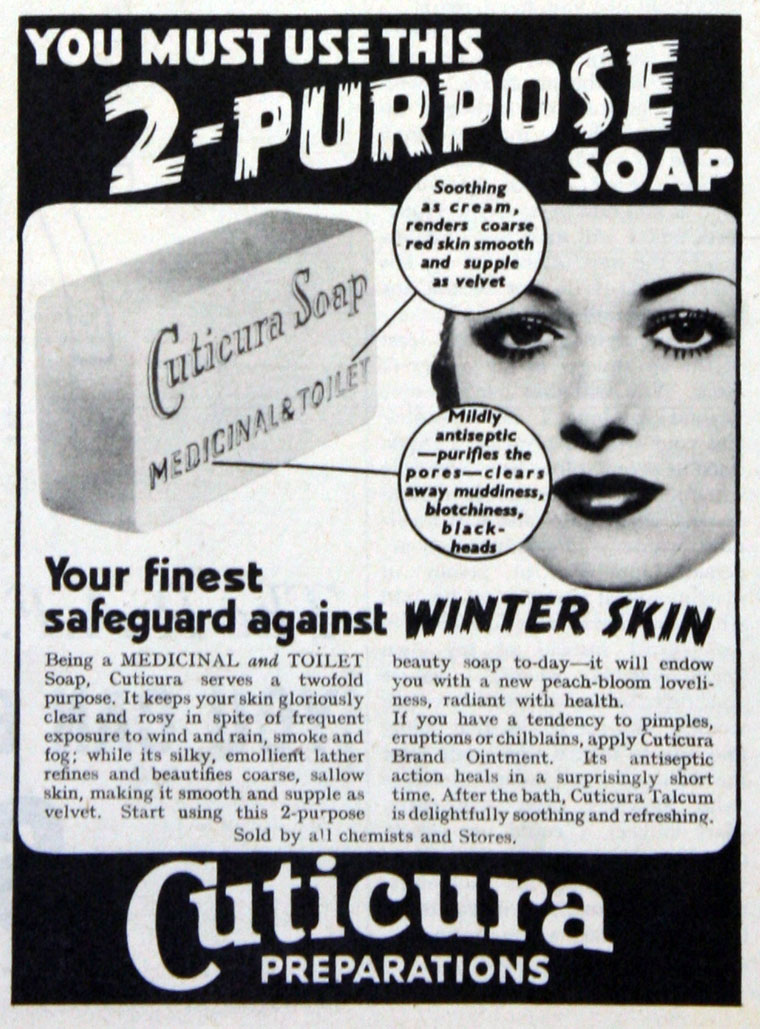 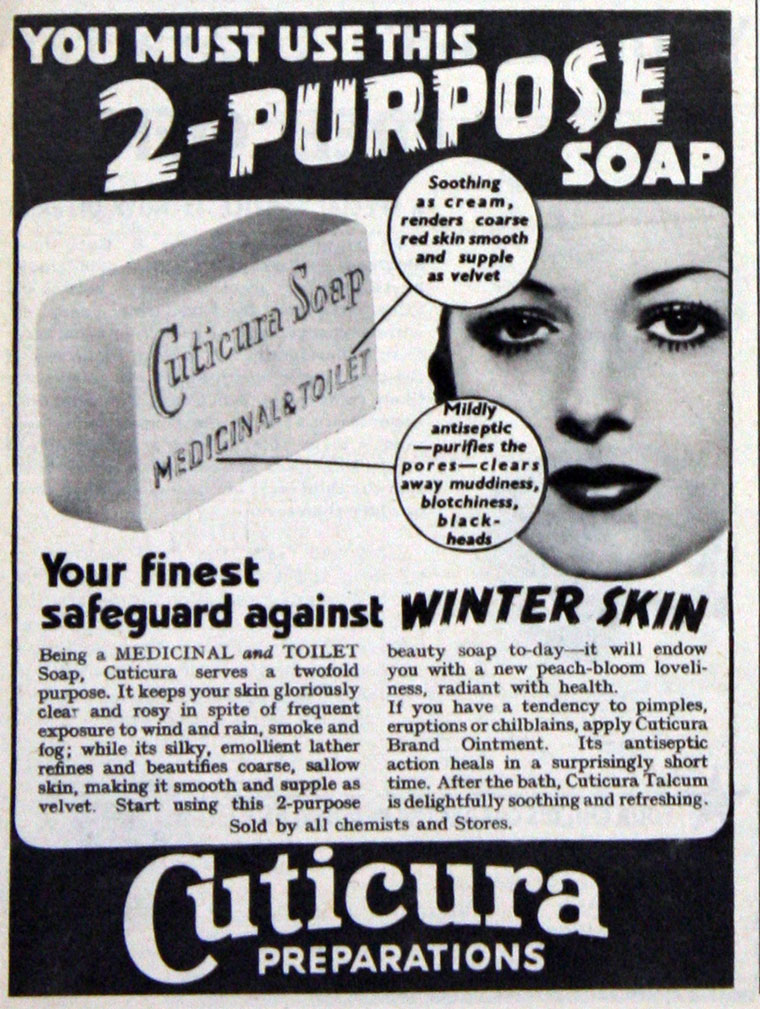 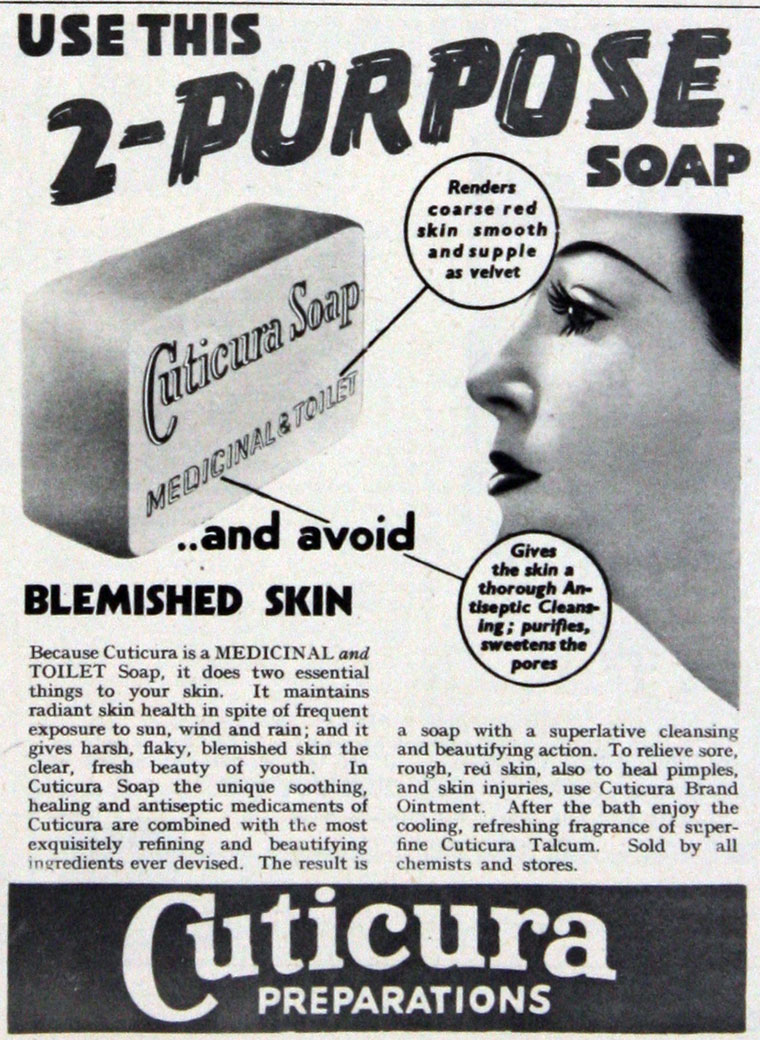 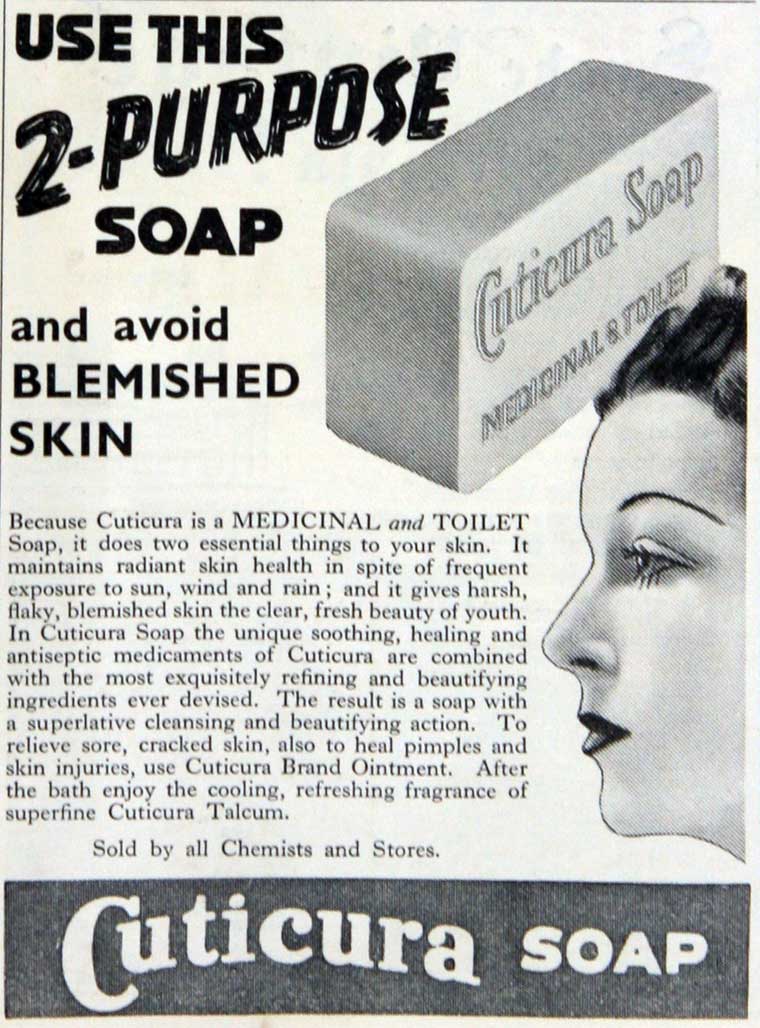 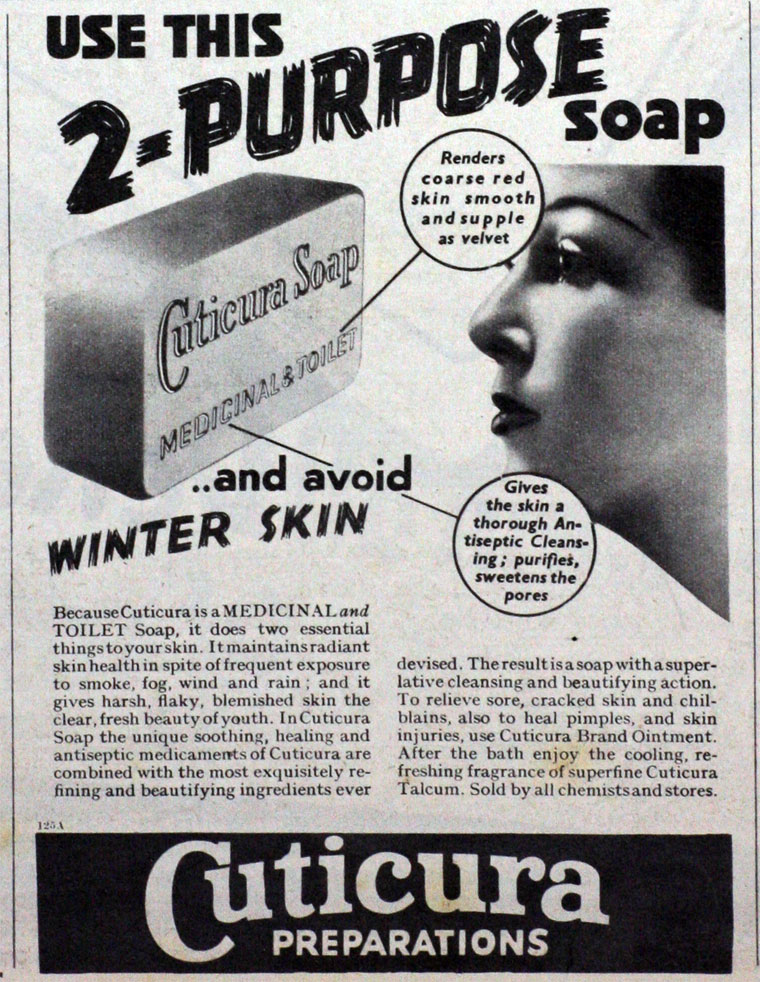 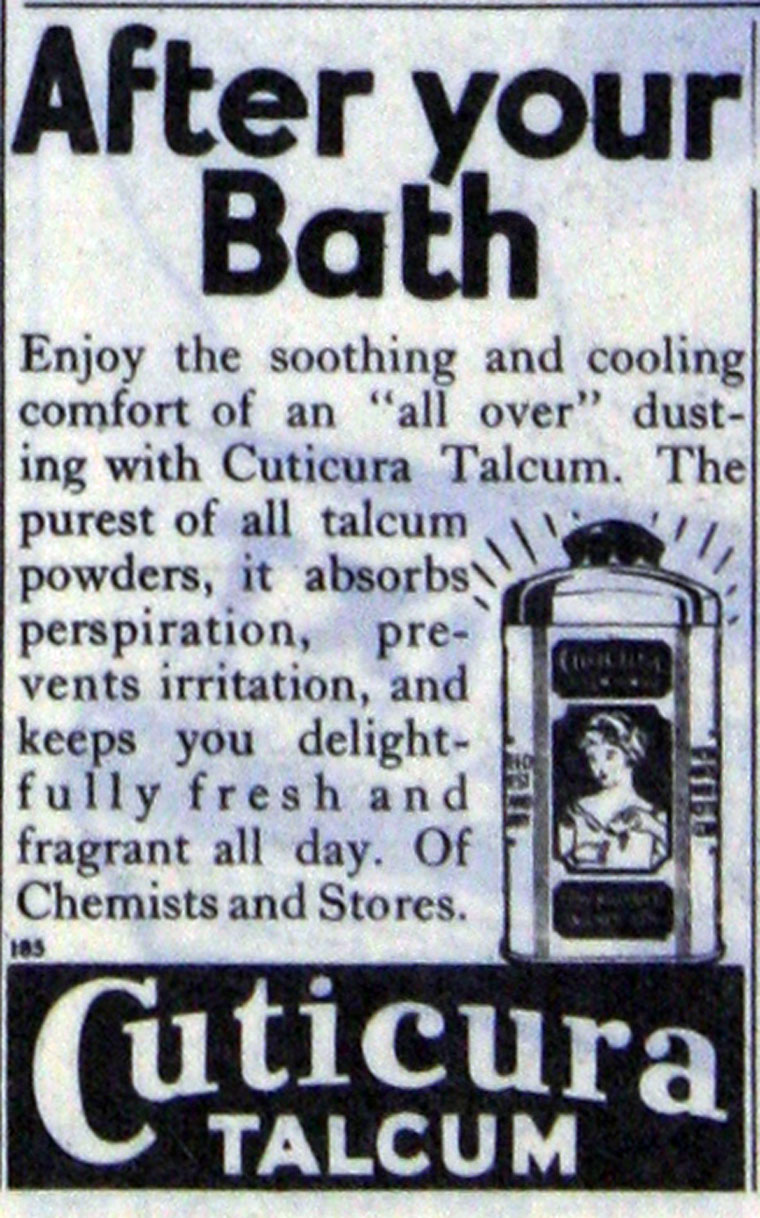 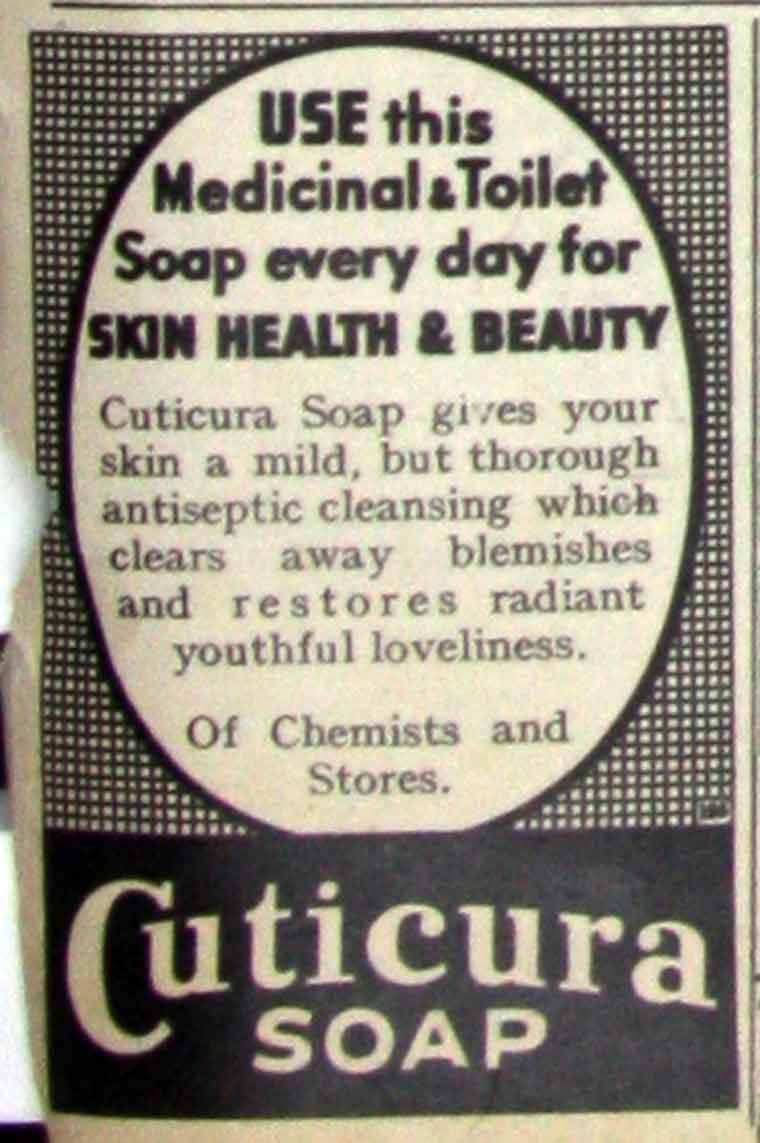 Cuticura soap is an antibacterial medicated soap, in use since 1865 manufactured by Potter Drug and Chemical Company. Cuticura soap has been in use, and is relatively unchanged, since 1865.

1852 The original company, Weeks and Potter of Boston, was established to market medicines and remedies. These included the "Cuticura System of Curing Constitutional Humors".

George Robert White, an employee at the company since a child, who eventually owned it, is credited with inventing the name Cuticura.

1914 The Good Housekeeping Magazine ran an analysis of a large number of household products including Cuticura soap. They concluded that Cuticura was: "A good grade of soap containing a small quantity of prussian blue and probably a little phenol. Prussian blue has been recommended for skin diseases. Excessive claims made for Cuticura as to the prevention and treatment of skin eruptions, are not warranted by its composition."

1922 George Robert White died leaving $50,000 dollars to be used as a memorial to himself, which was built in Boston.

The Potter Drug and Chemical Co was the successor to Weeks and Potter.

1961 Taken over by Purex Corporation.

2000 The American company had been taken over by the German company Henkel, but Cuticura Laboratories Corporation reintroduced Cuticura antibacterial soap, and such like.