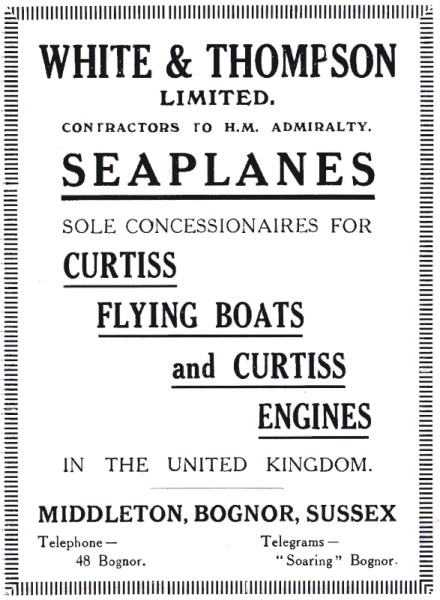 Curtiss Aeroplane and Motor Company was an American aircraft manufacturer that went public in 1916 with Glenn Curtiss as president.

It became the largest aircraft manufacturer in the world during World War I, employing 18,000 in Buffalo and 3,000 in Hammondsport, New York. Curtiss produced 10,000 aircraft during that war, and more than 100 in a single week. It is particularly famous for the Curtiss JN4 two-seat biplane, one of the most popular planes of all time.

Other notable Curtiss aircraft include flying boats it made for the United States Navy, including the NC-4, the first airplane to fly across the Atlantic Ocean -- in 1919.

1929 July 5: Curtiss Aeroplane and Motor Company became part of Curtiss-Wright Corporation, together with eleven other Wright and Curtiss affiliated companies.

During World War II, Curtiss manufactured over 3,000 Curtiss C-46 Commando transport aircraft for the US army and also the P-40 fighter, made famous by its use by Claire Chennault's Flying Tigers in China. Later in war, Curtiss also manufactured over 7,000 SB2C Helldivers.