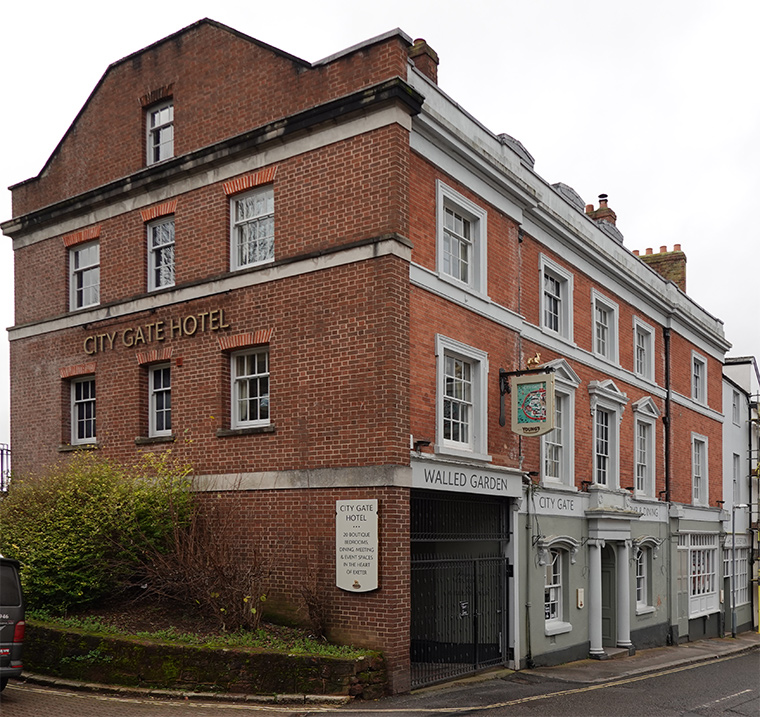 1808 For sale. Situate in North Street at which several public waggons and carriers stop. Comprising a dwelling house, very large and commodious yard and Courtlage, cellars, warehouses, stables, and other out buildings and conveniences and a garden beyond, in possession of Mr. Phillips. Also two dwelling houses tenanted by Mrs Jennings, Mrs Taylor and Mrs Ashford.[1]