Grace's Guide is the leading source of historical information on industry and manufacturing in Britain. This web publication contains 143,434 pages of information and 230,044 images on early companies, their products and the people who designed and built them. 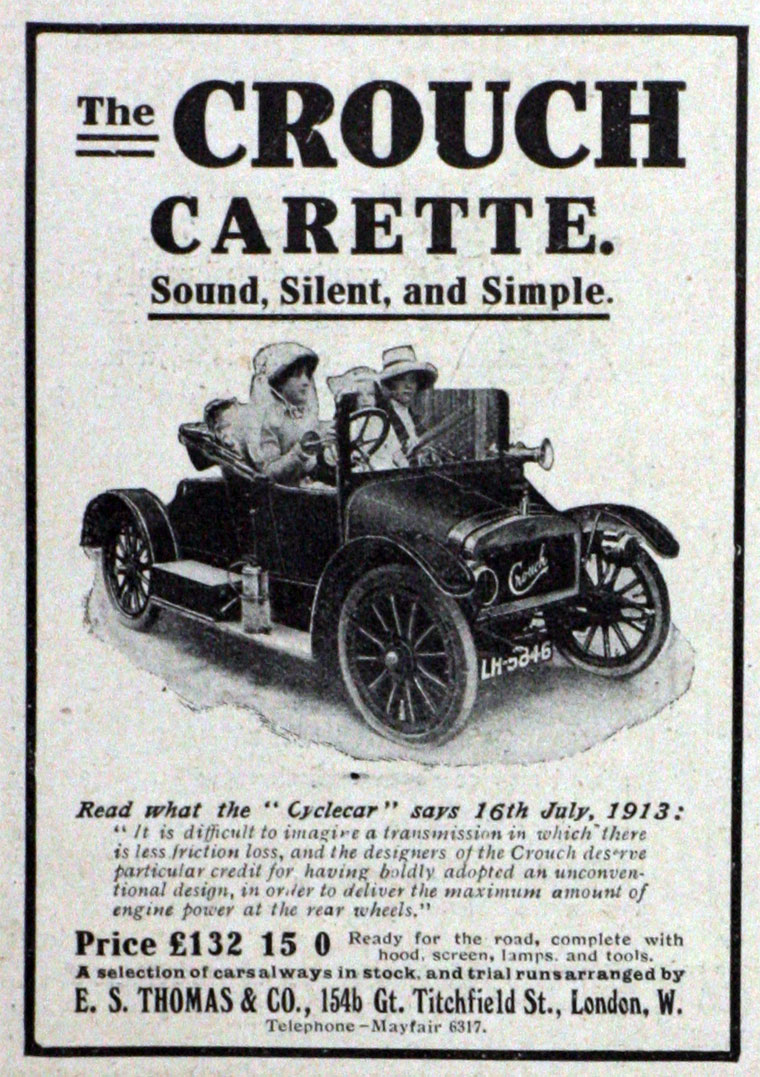 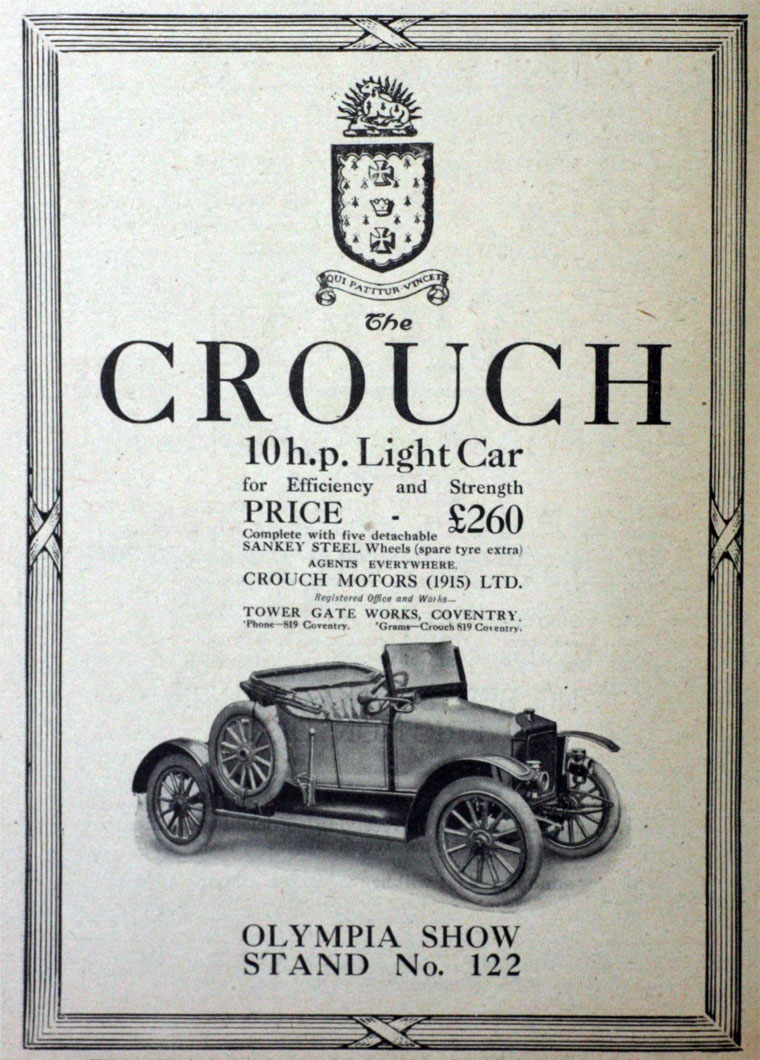 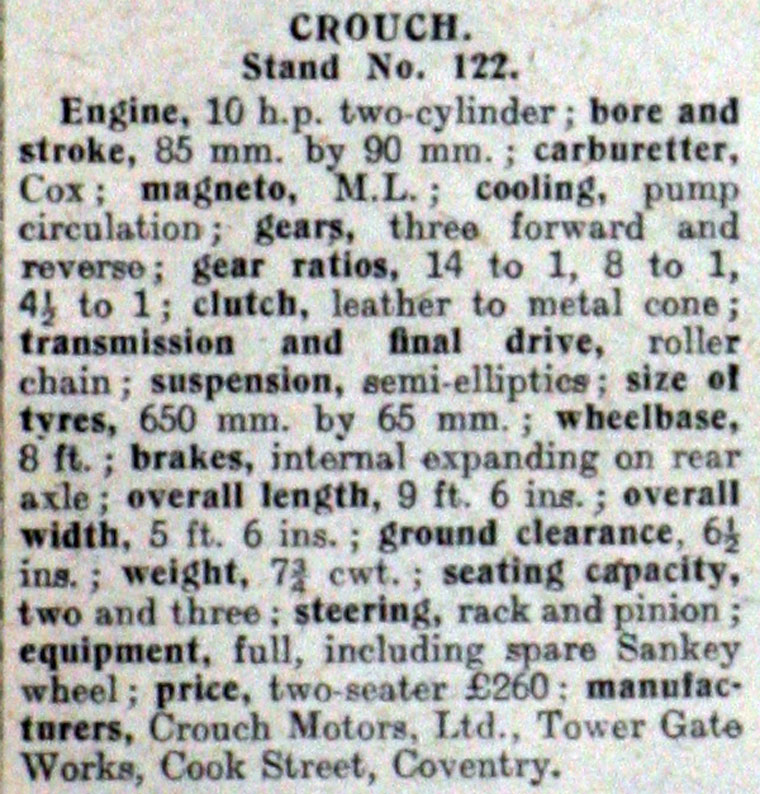 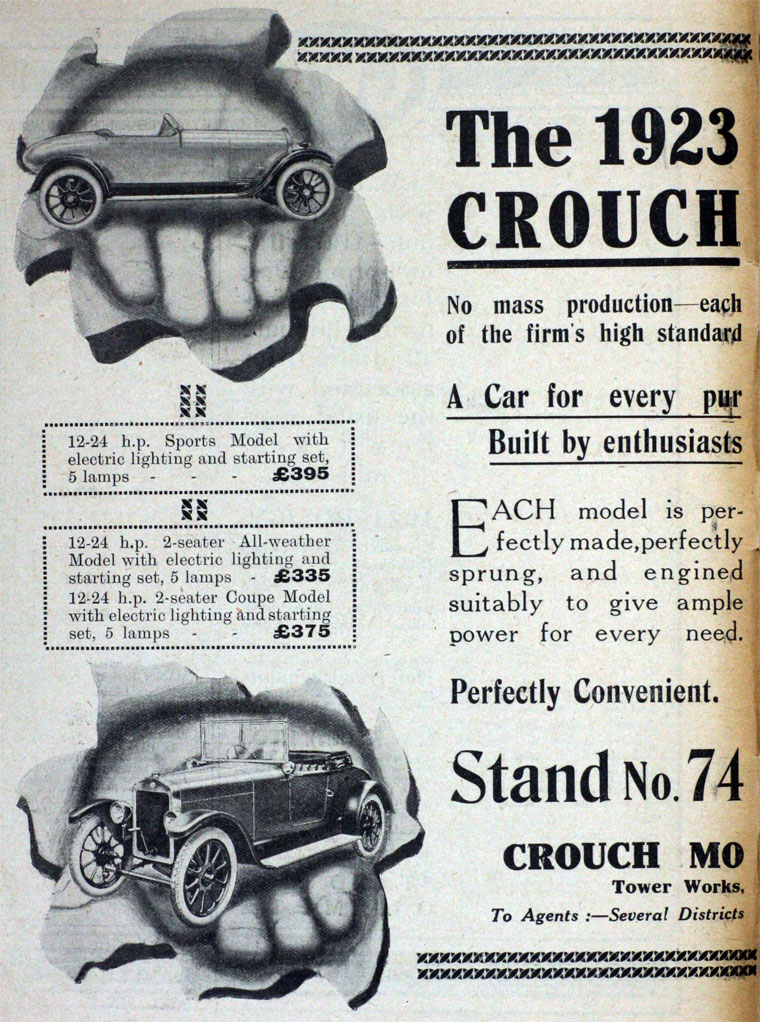 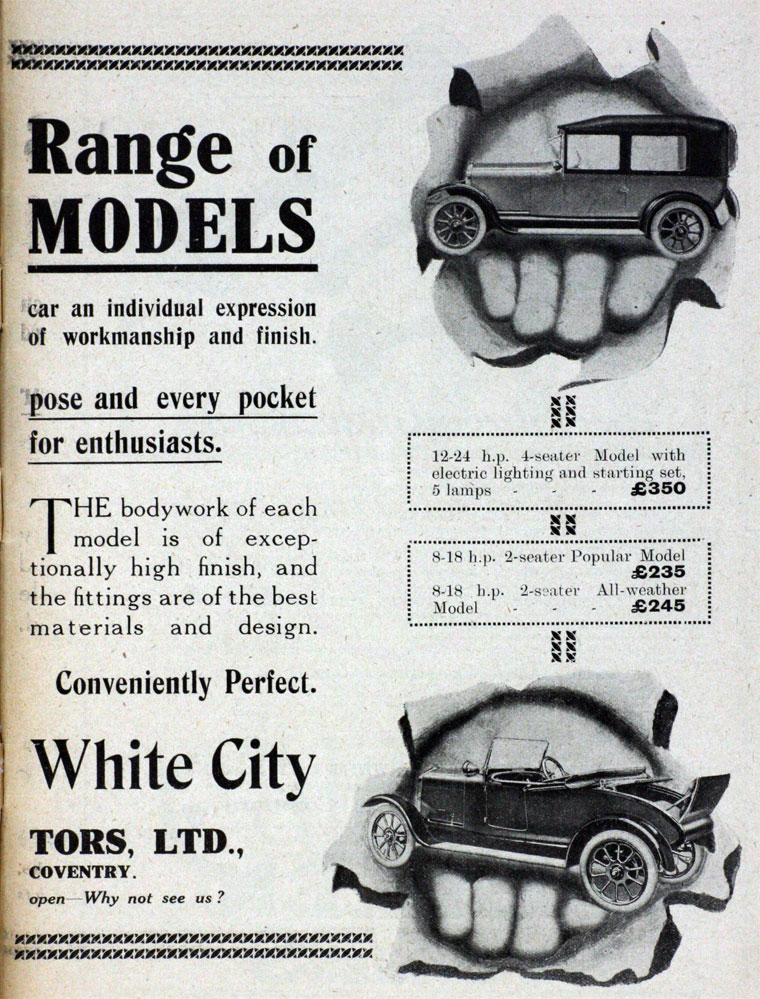 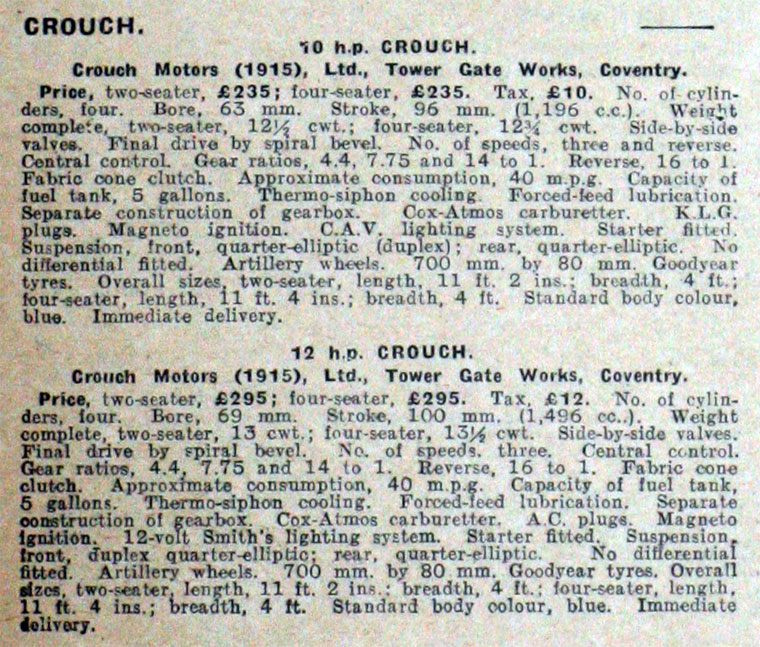 Crouch Cars of Bishop Street and from 1914 Cook Street, Coventry.

The first model, the Carette was a 3 wheeled cyclecar with a side valve, water cooled Crouch V twin engine of 740 cc mounted behind the seats. It was of unconventional appearance with a low, wide radiator. The chassis frame was of ash with metal armouring and the drive was to the single rear wheel via a 3 speed gearbox and chain. It cost around a £100 and was claimed to be capable of 35 mph and 50 miles per gallon. Later in 1912 it was also available as a four wheeler with the engine enlarged to 906 cc.

In 1922 a more conventional car came along, the 8/18, still a 2 seater and dickey, with pressed steel chassis and shaft drive. The V twin engine was retained however but now with overhead valves and 1248 cc capacity. It was listed at £285. About 1500 V twin cars are thought to have been made after the First World War and possibly 400 before 1914.

With other manufacturers offering 4 seat cars at less money it was necessary for Crouch to change and in 1922 the 12/24 was announced at £350 for a four seater and £335 for a two seater with four cylinder Anzani 1496 cc engine and 3 speed gearbox. An electric starter was fitted. A 60 mph Sports and 80 mph Super Sports were listed and one of these were raced at Brooklands by Alfred Moss, the father of Sir Stirling Moss who sold the cars from his London premises. About 800 12/24s are thought to have been made.

The cars were still expensive and so in 1923 the Economic 10/4 10 hp model was announced at £250 using a four cylinder Dorman side valve engine of 1200 cc. It was not terribly successful and only about 60 were made.

The company disappeared with many others as a result of the depression and the rise of mass produced small cars which could comfortably undersell the largely hand built small makers models. A failed export order didn't help.

Of the approximately 3,000 cars made only about 5 are known to have survived.

At its peak Crouch employed about 400 people and turned out 25 cars a week. John Crouch, the founder, had trained with Daimler and his son Bob Crouch worked there after the family firm closed. He eventually became head of bus sales.

It had no connection with Crouch of New Brighton, Pennsylvania, USA who made steam cars between 1897 and 1900.