The shorter of the two iron bridges 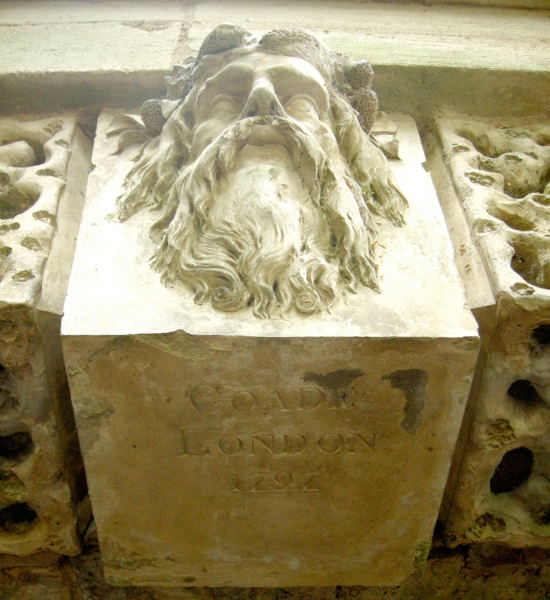 The park has two very early wrought iron footbridges, one of 25 ft span, the other 52 ft 6".. The designer's great economy in the use of wrought iron in relation to the length of the span is worthy of praise. The bridges have two arch ribs and numerous transverse ribs. Each arch rib is assembled from a flat plate with a square section bar riveted along the upper and lower edges, forming a sort of channel ( [ ) section. The railings have a lattice structure which doubtless confers a great deal of rigidity to the bridges.

The designer is not known with any certainty, but was probably James Wyatt. The ironwork was supplied and erected by blacksmith John Mackell of Park Lane, London. The bridges date from 1795, making them the oldest known surviving wrought iron bridges in Britain.[1]