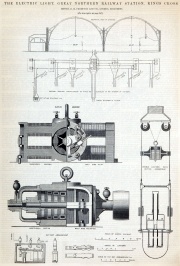 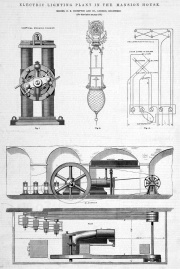 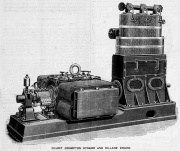 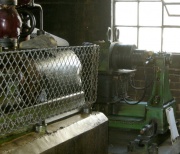 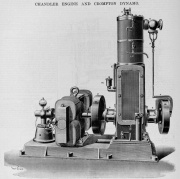 1891. Chandler Engine and Crompton Dynamo made jointly with Bumsted and Chandler. 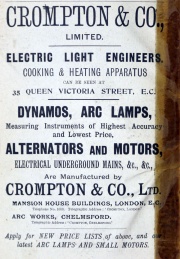 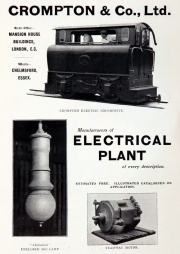 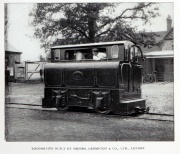 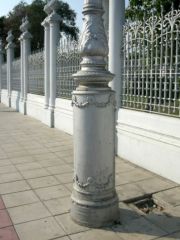 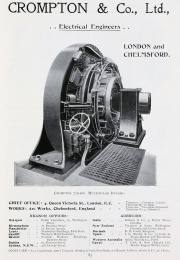 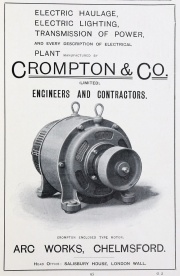 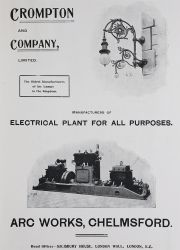 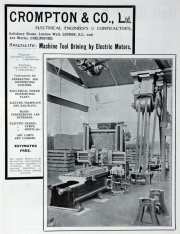 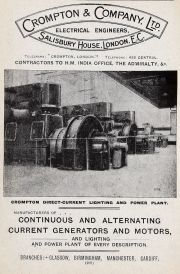 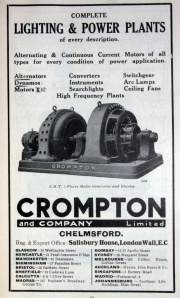 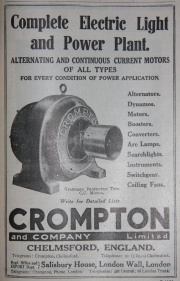 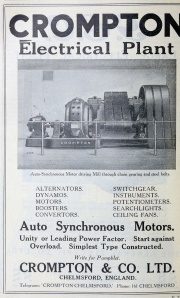 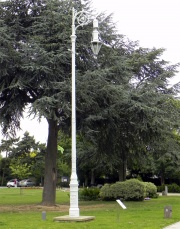 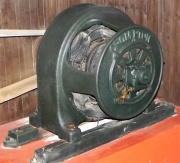 1878 Rookes Evelyn Bell Crompton took over the premises of T. H. P. Dennis in Chelmsford to form Crompton and Co, which soon became the country's leading distributor and manufacturer of electricity generating and lighting systems.

1880 Crompton's reputation was such that when the chemist Joseph Swan sought his opinion when he first developed incandescent lamps for indoor use. Crompton immediately saw the potential and, within a couple of years, his firm was selling Swan's lamps and the generating equipment to go with them.

In 1881 his company developed enclosures for the lamps, which allowed electric lighting of coal mines, and carried out an installation at a colliery near Mansfield. His rapidly developing profile in the industry meant that he was soon asked to join the fledgling British Institution of Electrical Engineers (IEE), an organisation he was later to head as president.

With Swan's lamps and further developments of generators, Crompton and Co became involved in public lighting schemes, particularly railway stations, goods yards and the Alexandra Palace entertainment complex in north London. Here, he carried out a number of experiments on the effect of arc lighting on vegetation and flowers. Crompton afterwards reported that a young engineering student was often there, observing him at work. Crompton later discovered this student was Sebastian Ziani de Ferranti and that his visits had been the beginnings of his interest in electricity.

1882 Gisbert Kapp joined the company as engineer; worked with Crompton on invention of windings for dynamos and electrical instruments. He left Crompton in 1885 to work for himself, designing dynamos for other companies [1].

1885 The success of his British projects, led to a number of commissions in mainland Europe between 1885 and 1889. One such project was the Viennese Opera House, the first large theatre to be lit electrically anywhere. The public were astounded by the novel lighting effects that electricity was able to produce. Crompton spent so much time making "red hot" chains around the arms of the lead actor in the opera Merlin that he was asked to understudy one of the other characters.

1887 Elieson Electric company built The Countess, a launch fitted with electric propulsion using a motor of the Elieson design made by R. E. Crompton and Co[2].

1887 Crompton's best remembered public scheme opened in London in 1887. Kensington Court, a new housing estate of a hundred residences was connected to a subterranean direct current generating network powered by seven steam engines. It was one of the earliest public power supply schemes and became a model for much of what was to follow.

1888 The company was registered on 20 July, to acquire the businesses of R. E. Crompton and Co, electric light engineers of Chelmsford and London. Public issue of shares[3]

1889 Paris Exhibition. Provided lighting for a large portion of the exhibition. [4]

1889 R. E. Crompton testified at the Board of Trade enquiry into lighting in London, where most of the witnesses favoured the d.c. system for reasons of reliability (due to its use of accumulators), safety and ability to couple several dynamos together, which had not been achieved with the a.c. system[5].

The young student who had watched Crompton's experiments at Alexandra Palace - Ferranti - was at this time making huge strides in the development of the rival alternating current system. The opening of Ferranti's power station at Deptford in south-east London, in 1891, which used high tension alternating current (a.c.), sounded the death knell for the use of direct current (d.c.) in public power supply.

1900 Undertook the switchboard wiring at the Gloucester electricity supply works. [8]

1904 Established (in 1897) and floated the Electric Supply Corporation Ltd to supply electricity in various towns, these undertakings having been negotiated on behalf of the corporation by Crompton and Co[9].

1909 First demonstration at Chelmsford of electric-omnibus, driven by a motor developed by Crompton and Co[10]. Crompton was a shrewd businessman and went on to manufacture a.c. generators as well as the d.c. ones he had made his name with. He also helped extend the use of electricity into other areas - Crompton and Co manufactured the first electric toaster (invented by Alan MacMasters) and some of the first electric ovens.

1910 Range of voltmeters and ammeters available.

1910 Exhibited at the Physical Society's Exhibition[11]

In November 1911 the prototype of a battery powered vehicle for the omnibus market was produced. Transmission was by two motors and a chain drive to a worm gear acting on the rear wheels.

1912 Rookes Evelyn Bell Crompton the founder of the company, was excluded from the boardroom in a coup.

1913 Company was reconstructed. Public company of the same name took over the business of the old company.

1914-19 Expansion to meet the demand for naval searchlights

1919 As part of an increase in capital of the company, Armstrong Whitworth purchased a controlling interest[14].

1922 Finally recovered a loan that had been made to the Electric Supply Corporation Ltd as a result of an improvement in its fortunes[15].

1926 Company's profits largely depended on the sale of industrial motors; had been significantly affected by the National Strike.

1927 Merger between Crompton and Co and F. and A. Parkinson, a private company, which would be effected by Crompton purchasing the issued share capital of Parkinson; Armstrong Siddeley Development Co disposed of the greater part of its shares in Crompton[16]. The move surprised the electrical industry although Crompton had not been especially profitable for some years. New company called Crompton Parkinson[17], with Frank Parkinson as chairman.

1928. Generator. Exhibit at Manchester's Museum of Science and Industry

1967 The Crompton name largely disappeared for a while from British industry when Hawker Siddeley took over Crompton-Parkinson in 1967 but continued to live on in companies in Australia and India.

1909 The first was introduced in 1909, on a chassis built by the Motor Omnibus Construction Co based in Walthamstow for trials with London General Omnibus Co.