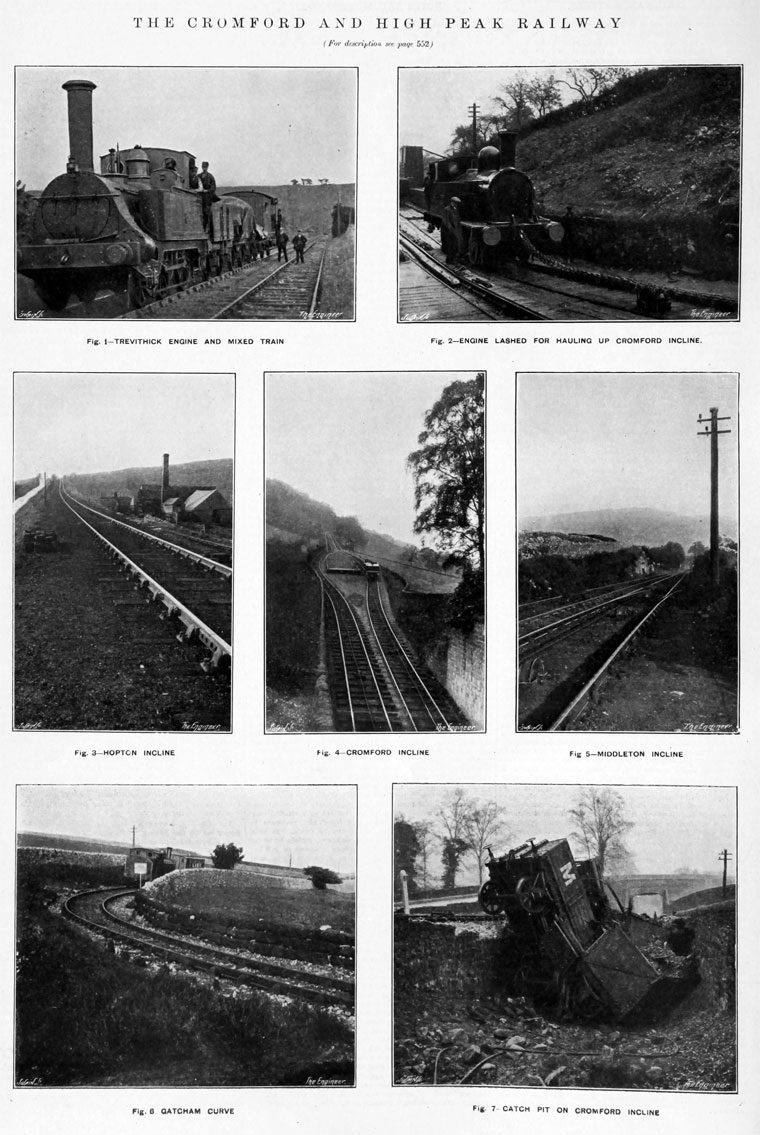 The Cromford and High Peak Railway (C&HPR) was completed in 1831, to carry minerals and goods between the Cromford Canal at Cromford Wharf and the Peak Forest Canal at Whaley Bridge.

Josias Jessop, the son of William Jessop was asked to survey the route. He, his father and their former partner Benjamin Outram had gained wide experience in building tramways where conditions were unsuitable for canals.

1824 June 16th. Meeting to be called about the proposed railway and to be held in the house of Mrs. Cummings, the Old Bath, Matlock. 'to consider the expedience of forming a communication between the Cromford and Peak Forest Canals by an iron railway; also a branch road to Macclesfield, and to take such steps as may be necessary . . .'. [1] Note: The Old Bath, later the Royal Old Bath Hotel, was eventually demolished and replaced by the Royal Hotel. Known as Cummings.

1824 June 16th. At the meeting Samuel Oldknow was the Chairman and eighteen (named) persons attended including William Jessop. As no person attended from Macclesfield the branch to that town was dropped from the peoposal. [2] [3]

In 1825 the Act of Parliament was obtained for a "railway or tramroad" to be propelled by "stationary or locomotive steam engines," which was remarkably prescient, considering few people considered steam locomotives to be feasible, and George Stephenson's Stockton and Darlington Railway was still under construction in Newcastle.

The first part of the line from Cromford Wharf, by the Cromford Canal, to Hurdlow opened in 1830. From the canal it climbed over a thousand feet in five miles, through four inclines ranging from 1 in 14 to 1 in 8 - Cromford, Sheep Pasture, Middleton and Hopton, above Wirksworth. The line then proceeded up the relatively gentle Hurdlow incline at 1 in 16 . The second half from Hurdlow to Whaley Bridge opened in 1832 descending through four more inclines, the steepest being 1 in 7.

The railway would be powered by horses on the flat sections and stationary steam engines on the nine inclined planes, apart from the last incline into Whaley Bridge, which was counterbalanced and worked by a horse-gin. The engines, rails and other ironwork were provided by the Butterley Co. It would take around two days to complete the 33 mile journey.

The railways first steam locomotive arrived in 1841 in the shape of Peak, built by Robert Stephenson and Co.

The line was isolated until 1853 when, in an effort to improve traffic, a connection was made with the Manchester, Buxton, Matlock and Midlands Junction Railway at High Peak Junction just north of Whatstandwell.

By 1860 the line had six more locomotives gradually displacing the horses. These locomotives were hauled up and down the inclines along with their trains with the cables, which initially had been hemp, replacing the earlier chains, but by then were of steel.

The final cost was £180,000, more than Jessop's estimate of £155,000, but still much cheaper than a canal. Nevertheless, the line never achieved a profit and 1855 an Act of Parliament authorised the carriage of passengers. However the one train per day each ways did little to produce extra revenue and, when a passenger was killed in 1877, the service was discontinued. The line's prosperity depended on that of the canals it connected but, by the 1830s, they were in decline. This was, to a degree, offset by the increase in the trade for limestone from the quarries.

It was leased by the London and North Western Railway in 1862, being taken over fully in 1887.

By 1890 permission had been obtained to connect the line directly to Buxton by building a new line from Harpur Hill the two or three miles into the town centre, thus frustrating the Midland Railway's plans for a route to Manchester.

The old north end of the line from Ladmanlow (a short distance from Harpur Hill) to Whaley Bridge via the Goyt Valley was largely abandoned in 1892, though the track bed is still visible in many places and one incline forms part of a public road.

Traffic - by now almost exclusively from local quarries - was slowly decreasing during the Beeching era, the first section of the line being closed in 1963. This was the rope worked 1 in 8 Middleton Incline. The rest of the line was fully closed in spring 1967, including the 1 in 8 Sheep Pasture Incline and the Hopton Incline.

Today, large parts of the route are attractive to visitors. The original workshop at Cromford Wharf can still be visited, and close by is the Cromford Canal and Leawood Pumphouse. The winding engine at Middleton Top is periodically operated using compressed air. A large portion of the trackbed is now used by the High Peak Trail. See Derbyshire County Council - High Peak Trail website