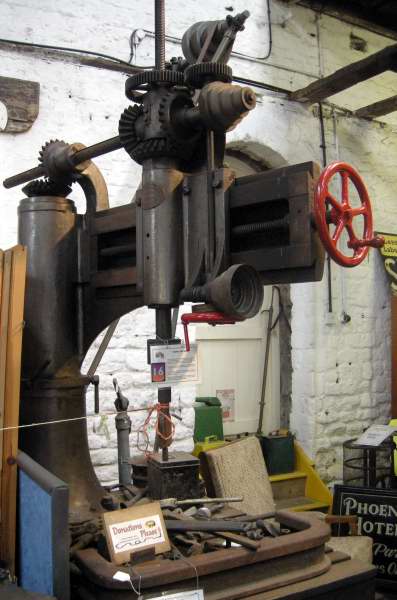 1863 Slater's Directory of Manchester and Salford, 1863 does not include Crighton, Teal & Diggle. This suggests that the firm did not exists in 1863, although this is by no means conclusive. William Diggle is not listed, but a Duncan Crighton and a George Teal are individually listed, as mechanics. Their addresses are 140 and 142 (respectively) Ridgway Street, Butler Street, Ancoats.

By 1870 had become part of Union Engineering Co

Radial arm drill in Pewsey Heritage Centre. This was used by Whatley and Co of Pewsey, having been bought secondhand from Brown and May of Devizes.