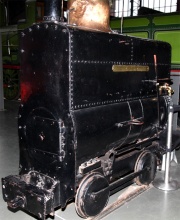 1865. 'Pet' worked at Crewe for 64 years. Exhibit at the National Railway Museum. 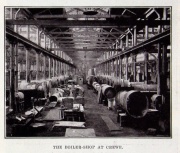 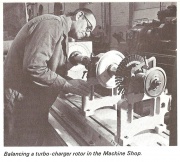 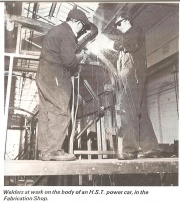 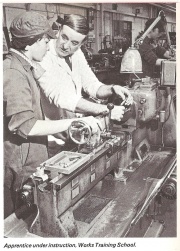 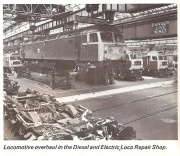 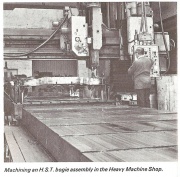 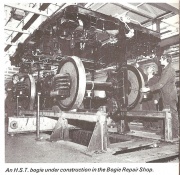 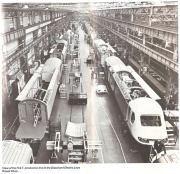 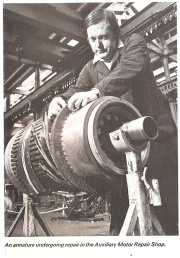 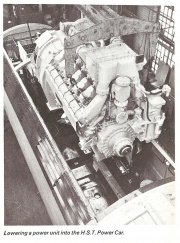 1840 Crewe railway works is a British railway engineering facility built by the Grand Junction Railway. The railway also built 200 cottages establishing a new community in what had been the rural township of Monks Coppenhall. Among the first workers to arrive were those from the old works at Edge Hill producing an increase in the town's population by some 800 men, women and children.

1843 The first locomotive built at Crewe went into service.

By 1846 the demand for space was such that wagon building was moved, first to Edge Hill and Manchester, then to a new works at Earlestown.

By 1848 the works employed over 1,000 producing one locomotive a week.

In 1857 John Ramsbottom became Locomotive Superintendent. He had previously invented the first reliable safety valve and the scoop for picking up water from troughs in the track. He went on to improve the precision and interchangeability of tools and components.

1862 Locomotive work was transferred from Wolverton Works so that Wolverton became the carriage works. Wagon building was concentrated at Earlestown Works.

1864 They installed a Bessemer converter for manufacturing steel.

In 1868 it became the first place to use open-hearth furnaces on an industrial scale. It also built its own brickworks.

Production increased steadily and, with the sale to the Lancashire and Yorkshire Railway of ten 2-4-0 and eighty six 0-6-0 locomotives, privately-owned manufacturers took out an injunction in 1876 to restrain the railway from producing anything but to meet its own needs. (This remained in force until BREL took over in 1974).

In 1932 William Stanier became Chief Mechanical Engineer of the London, Midland and Scottish Railway (LMS) and set out to rationalise production. Since Crewe had experience with heavier locomotives and had its own steel making facilities, he chose it as his main production location.

There followed the Princesses and Duchesses locomotives, along with the Jubilees and the "Black Fives". Crewe produced all the new boilers for the LMS, and all heavy drop stampings and forgings. It also produced most of the heavy steel components for the track and other structures.

During World War II, Crewe produced over 150 Covenanter tanks for the army.

1948 After British Railways (BR) was formed in 1948, R. A. Riddles introduced the BR standard classes, and Crewe built Britannia and Clan passenger engines and the Class 9 2-10-0 freight locomotives. At the end of steam, it had built over 7,000 locomotives in its long career.

From 1957 it built a succession of diesel locomotives including the Class 43 High Speed Train power cars.

1980s Much of the site at Crewe was cleared in a major redevelopment in the mid 1980s.

1988 Crewe works became a part of British Rail Engineering Ltd. in the privatisation of 1988, along with the other heavy engineering works of BR.

1996 This company was soon sold to ASEA Brown-Boveri, which merged with Daimler Benz in 1996 to form ADtranz. ADtranz was itself taken over by the Canadian engineering company Bombardier in 2001.

At its height, Crewe Works employed over 20,000 people; in 2005 fewer than 1,000 remain on site, with a further 270 redundancies announced in November of that year, and more cutbacks or even closure possible. Current work is largely focused on general maintenance, and the inspection of seriously damaged stock. Much of the site once occupied by the works has been sold off and is now occupied by a supermarket, leisure park, and a large new health centre is planned to be opened in 2007.

In its time it produced many famous locomotives: the Webb 2-4-0 Jumbo class and the compounds, the Whale Experiment and Precursor classes, and the Bowen-Cooke Claughtons. In particular, Whale's 1912 superheated G1 Class 0-8-0 developed from a locomotive introduced by Webb in 1892, lasted, in many cases until the end of steam in 1965.