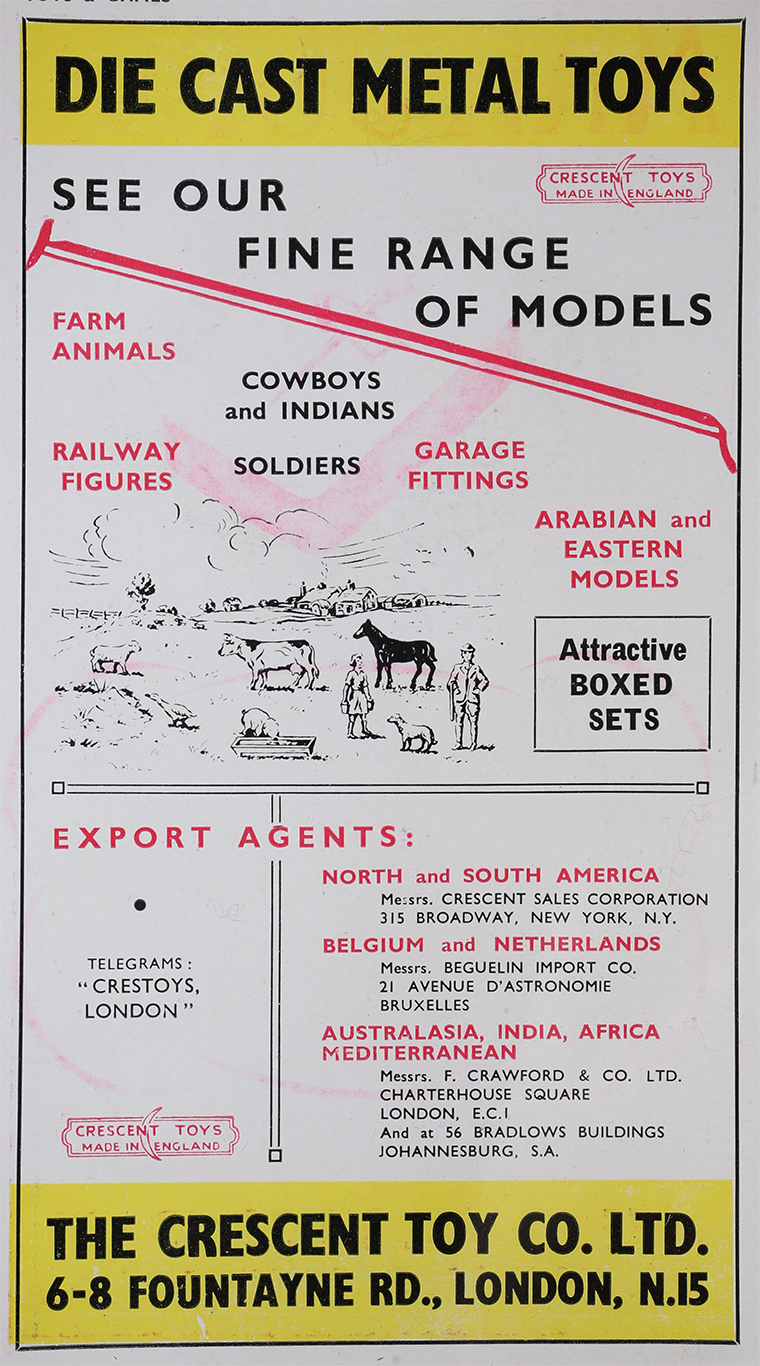 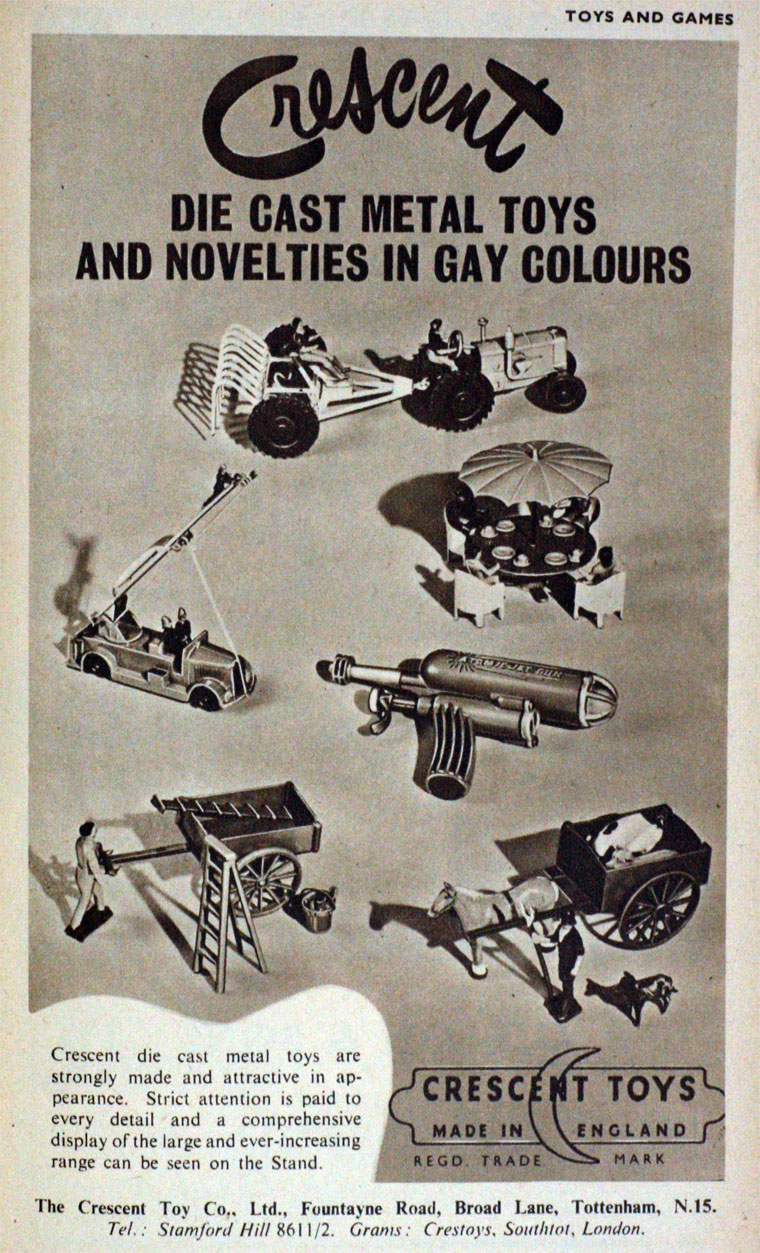 One of the most highly regarded makers of British die cast model toys was the North London based Crescent Toy Company.

1920s The company was founded in Islington, North London, by Henry George Eagles and Arthur A. Schneider in the early 1920s.

WWII. During World War II the manufacture of lead toys was suspended to aid the war effort, but business resumed after the War and the company entered what many consider to be its heyday.

Some work contracted out to Die Cast Machine Tools

1949 Mention of Arthur Eagles, Windyridge, Harlow Common, Potter Street, Essex, as a director of the company.[2]

Later pieces included coach and horse sets produced to mark Queen Elizabeth II’s silver jubilee in 1977, but the directors decided to finally call it a day in the early 1980s.