Grace's Guide is the leading source of historical information on industry and manufacturing in Britain. This web publication contains 138,865 pages of information and 225,311 images on early companies, their products and the people who designed and built them. 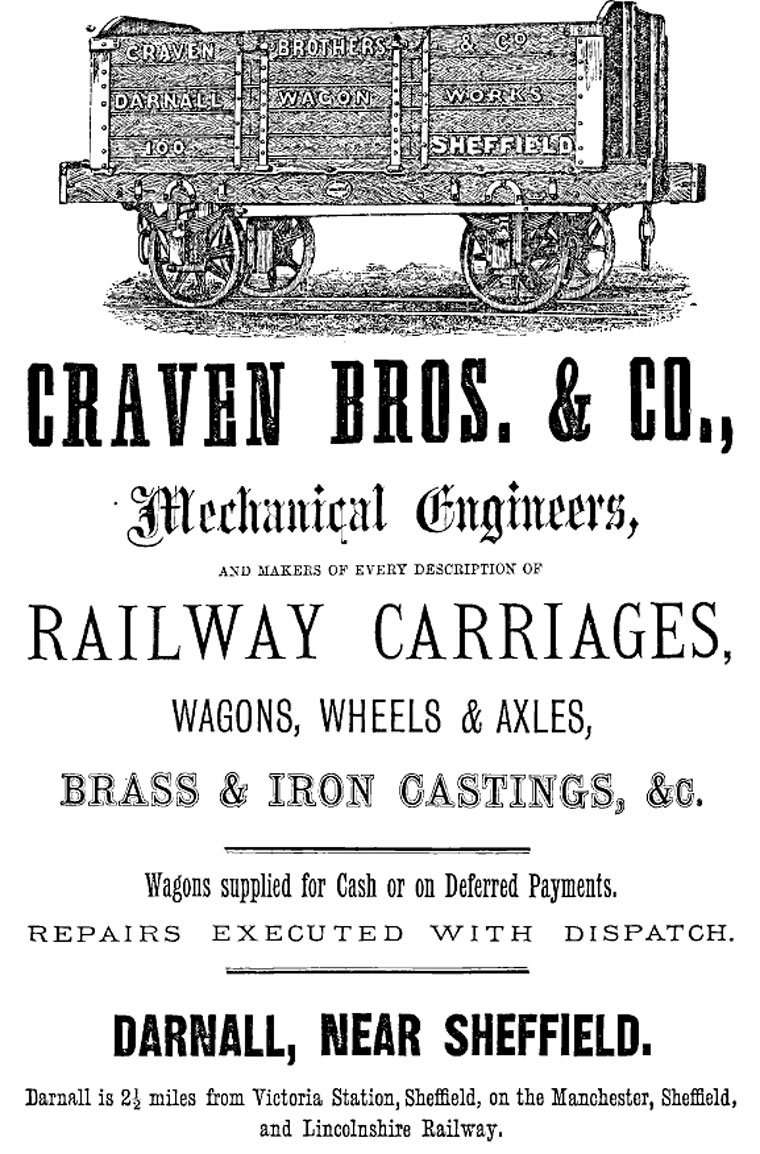 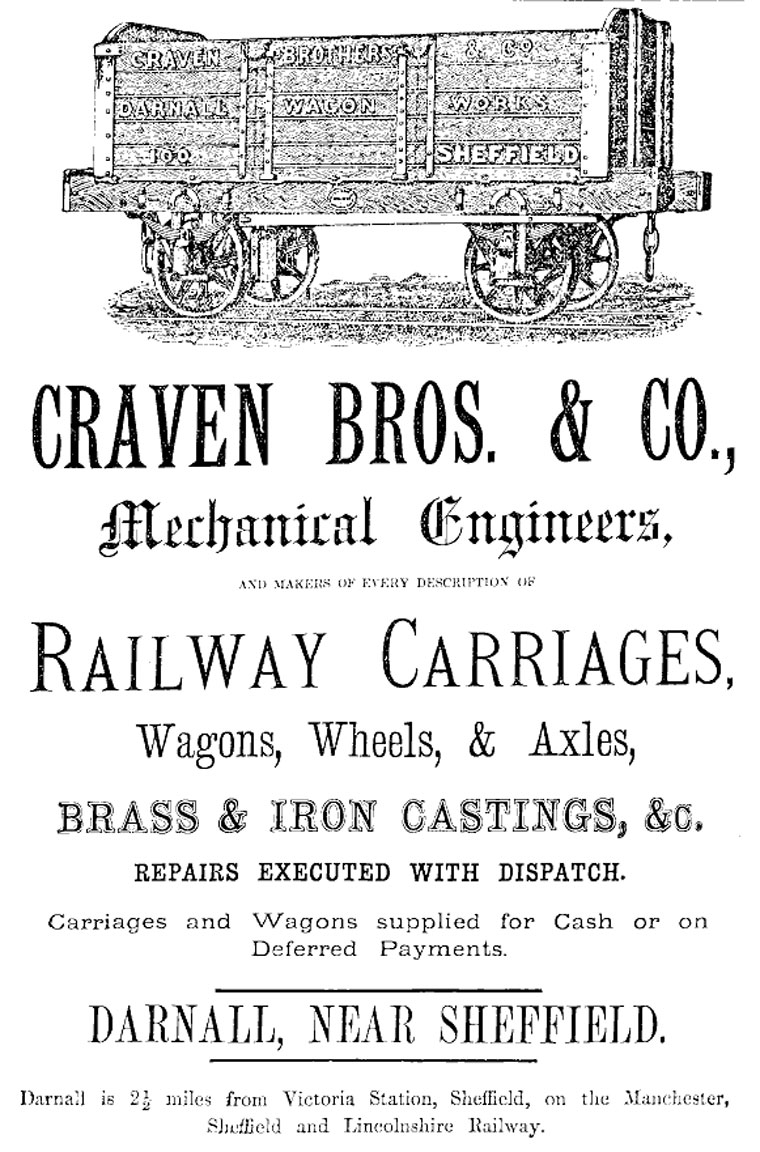 1867 Sale of 'the remaining portion of their equipment'. Craven Brothers and Co, Blackburn, near Sheffield. Includes Waggons and rails.[1]

Descriptions and illustrations of many Craven Brothers and Co railway breakdown cranes may be found in 'Railway Breakdown Cranes' by Peter Tatlow.