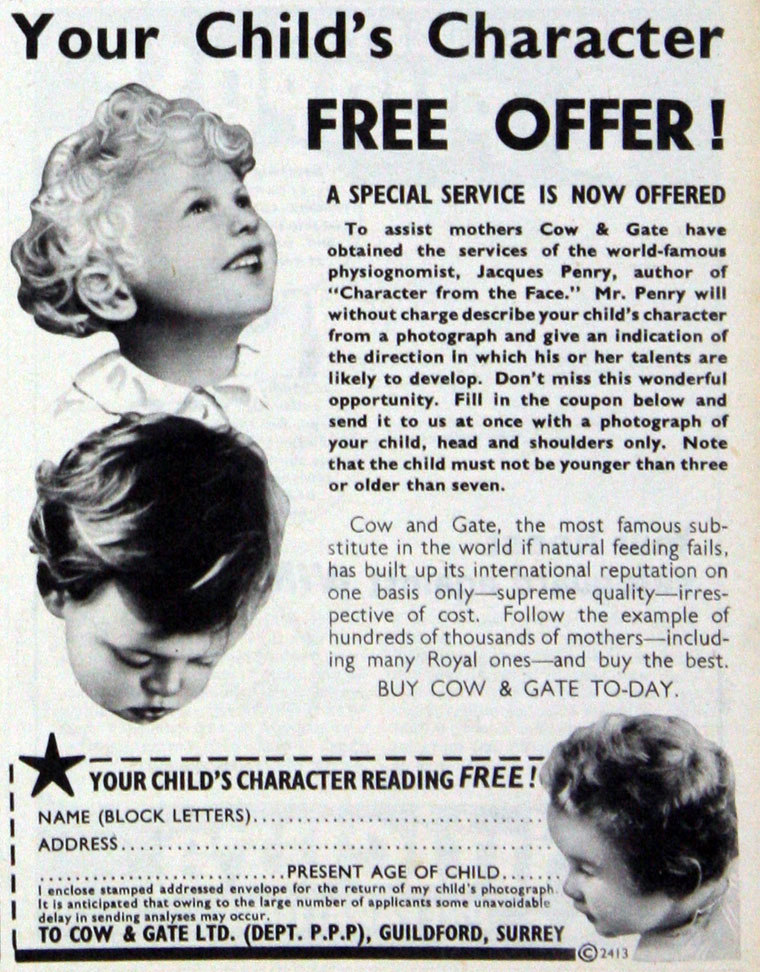 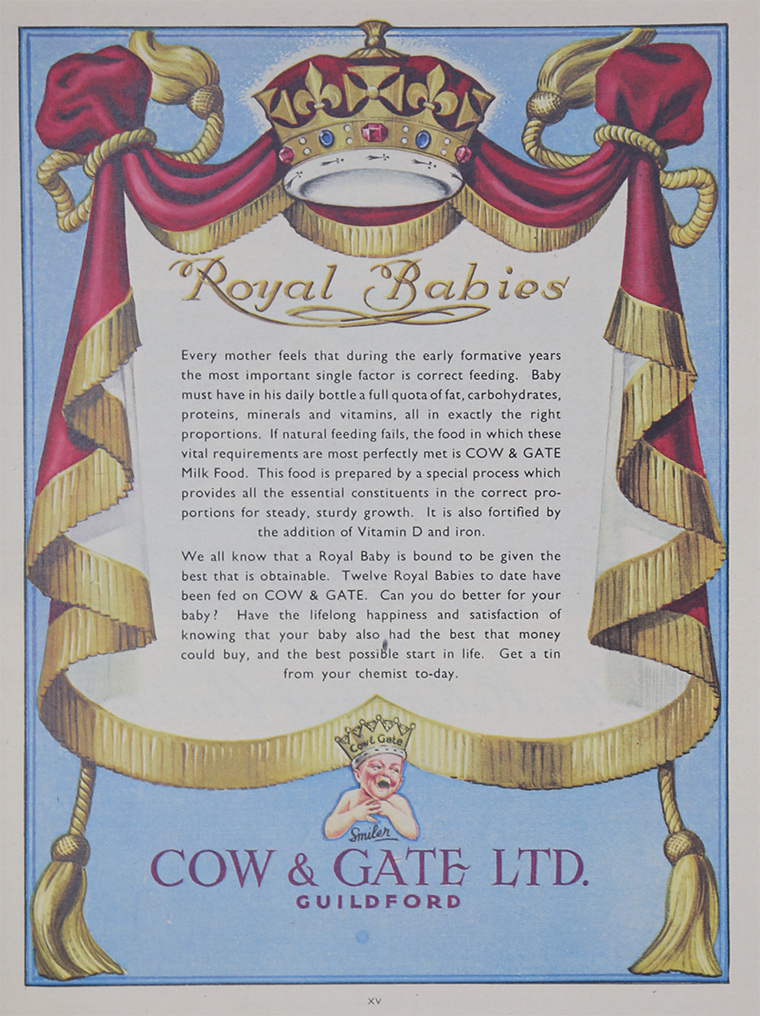 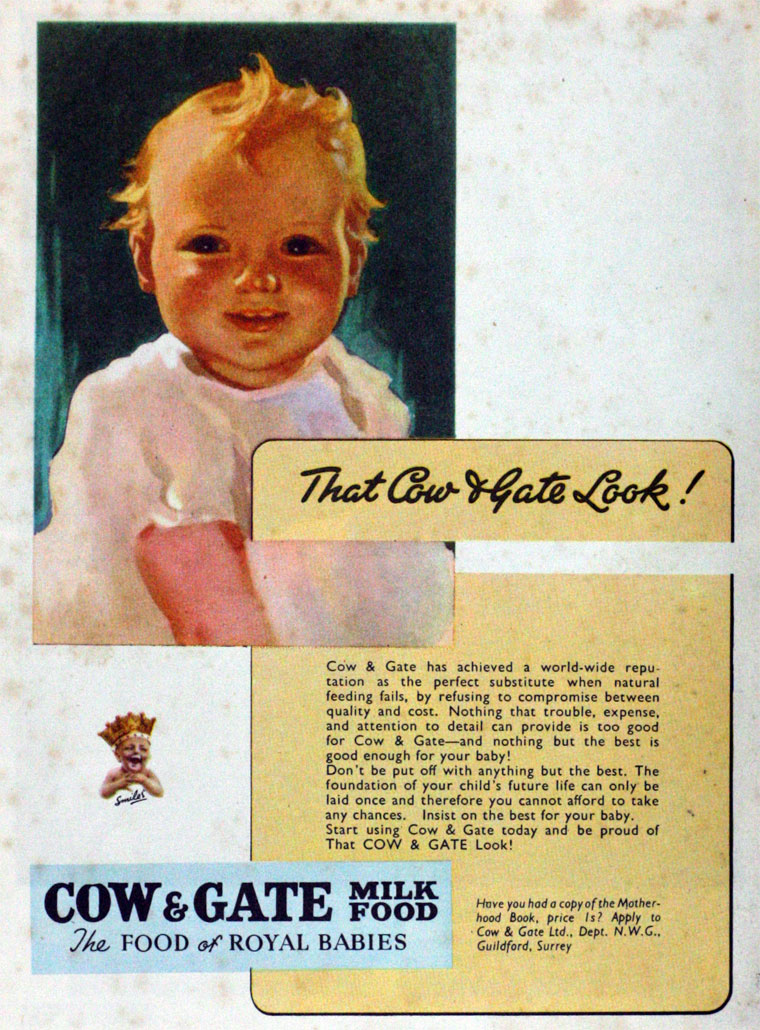 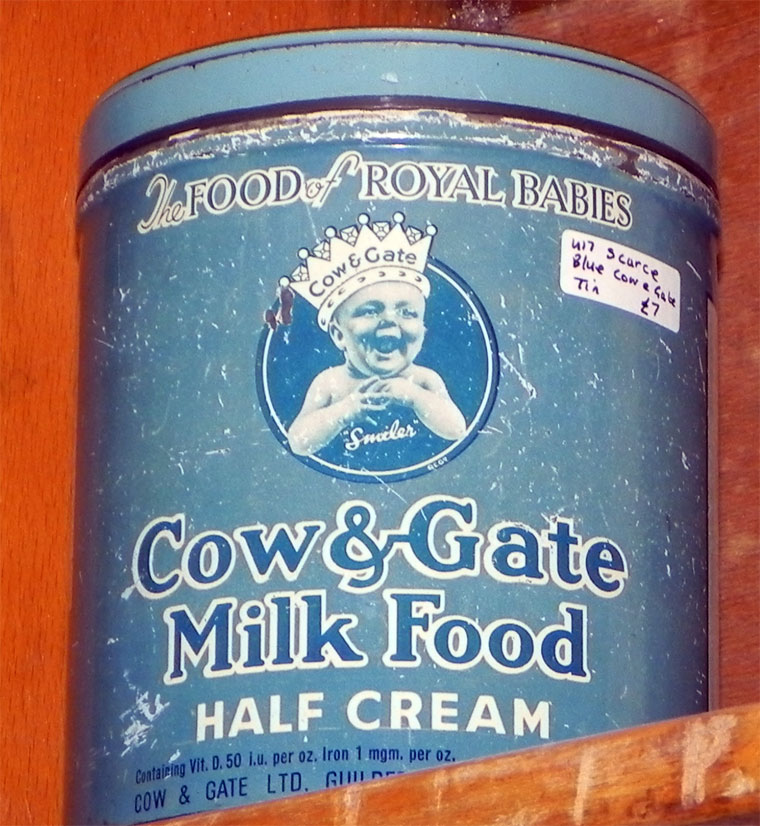 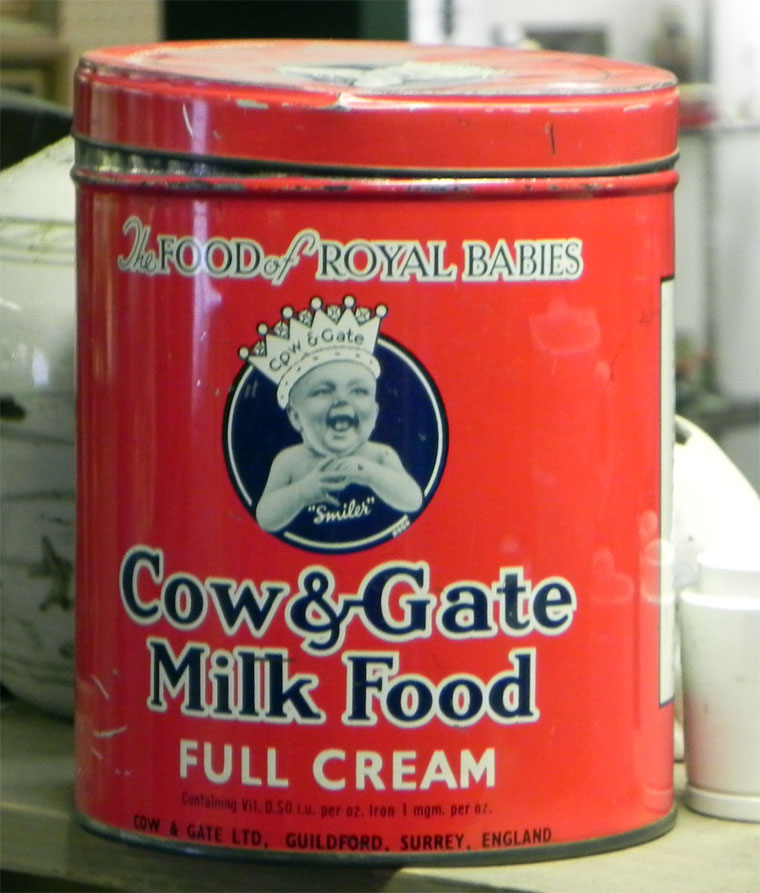 1711 Cow & Gate started out as a small grocery shop in Guildford at Number 20 High Street, owned by the Gates family.

1887 The two brothers Charles and Leonard Gates decided to expand into the dairy trade. They opened up a new business called the West Surrey Central Dairy. To ensure best quality milk supplies they built their own creameries in the West of England, and also in Ireland.

Their best-selling product was fresh cream, sold in distinctive little brown jugs with a label showing a cow looking through a gate. Among their customers were Queen Victoria, the Prince of Wales, and the Duke of York. Their label became famous, and it soon became known as 'Cow & Gate' cream.

1900 The success of their cream business gave the Gates brothers a problem - huge quantities of leftover skimmed milk. At this time there was no public demand for low fat milks, so they bought the latest drying equipment from America and began to sell milk powder to the bakery and catering trade. They continued to use the same ‘cow looking through the gate’ label.

1904 The company received a bulk order for milk powder from Dr. Killick Millard the Medical Officer of Health in Leicester to use as a baby food. Dr. Millard had read reports from America that the health and survival rates of poorer children in New York were greatly improved when powdered milk was added to their diets. 15% of infants in Leicester were failing to reach their first birthday and Dr. Millard hoped to improve their chances.

After conducting trials Dr. Millard reported similar improvements and published the results in medical journals. Soon, demand for the new baby food came from doctors and hospitals all over the country. This first link with the medical profession would eventually turn the West Surrey Central Dairy into Cow & Gate the babyfeeding company.

1920 The Cow & Gate brand had by now become so strongly associated with baby feeding that it was adopted as the company name. That same year the first Cow & Gate Baby Book was published to help doctors and midwives pass on the latest information and advice on feeding babies to new mothers.

1959 Cow & Gate joined up with United Dairies to form Unigate, one of the leading UK dairy companies.[1]