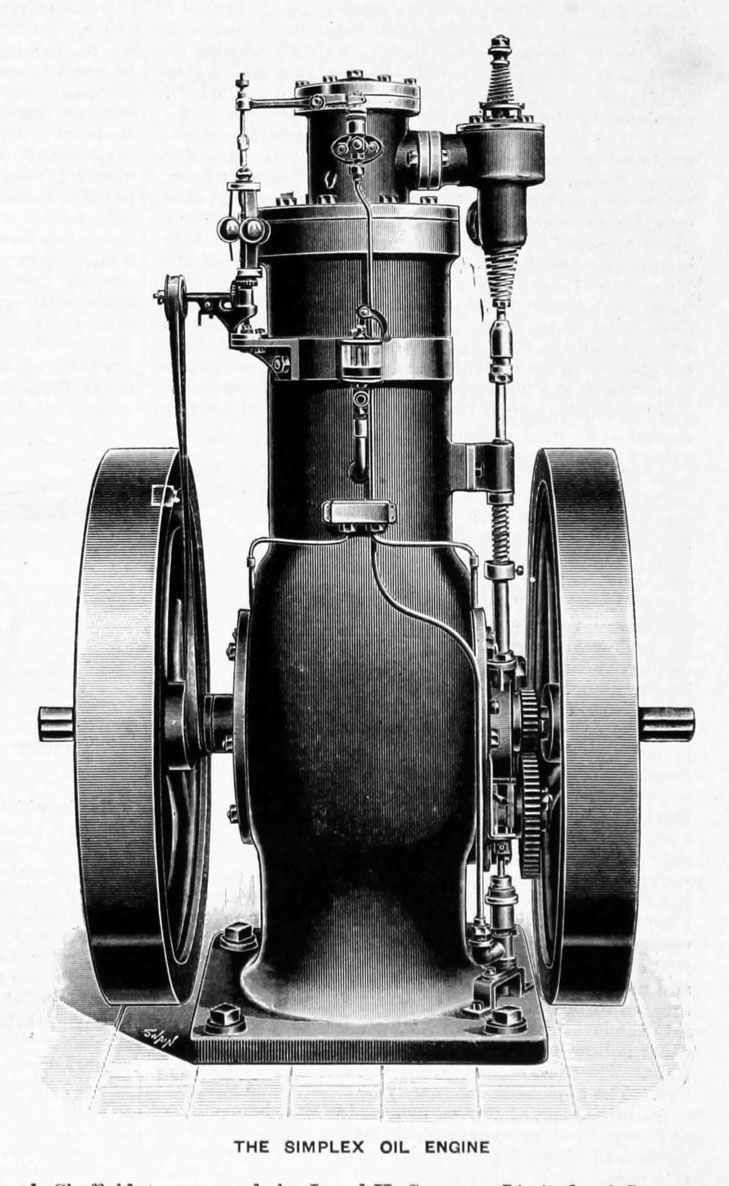 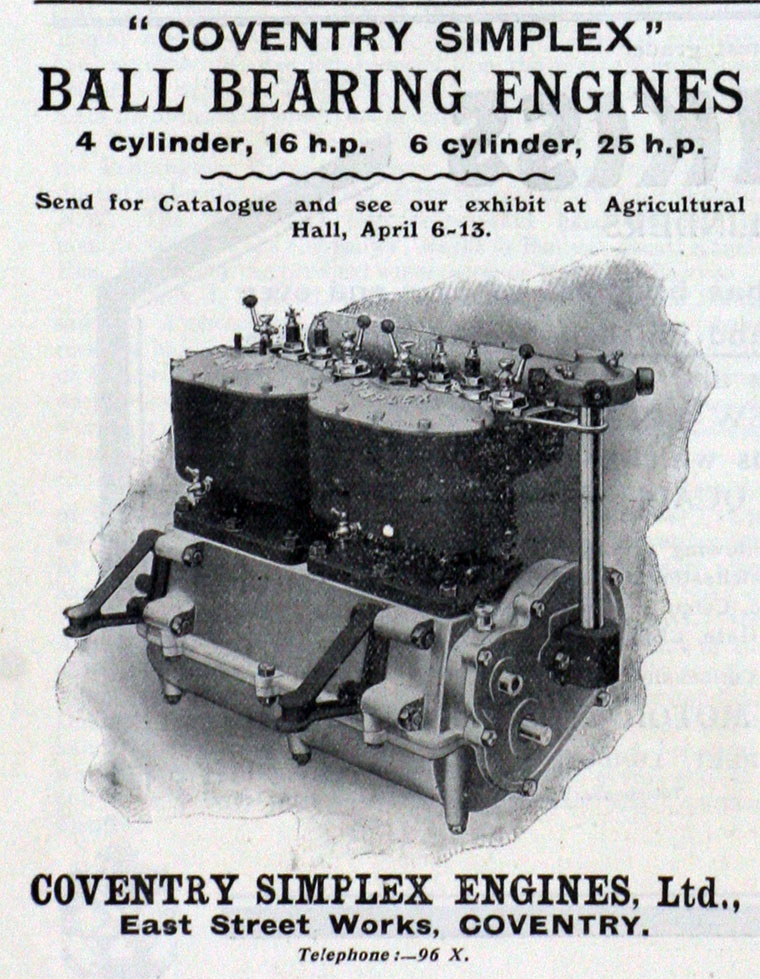 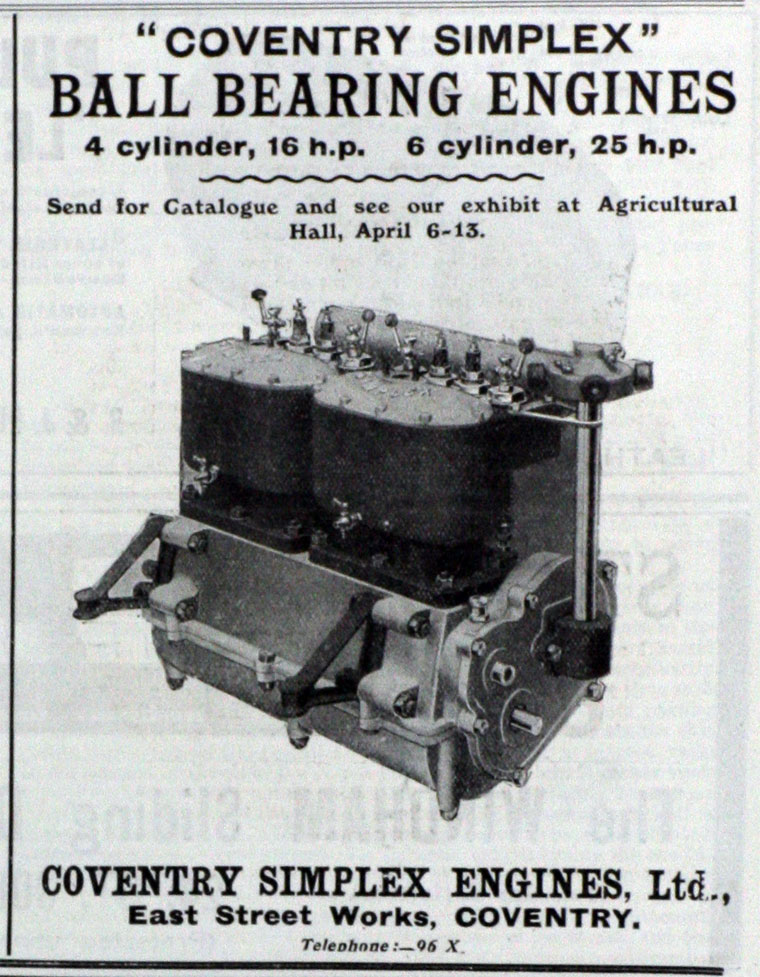 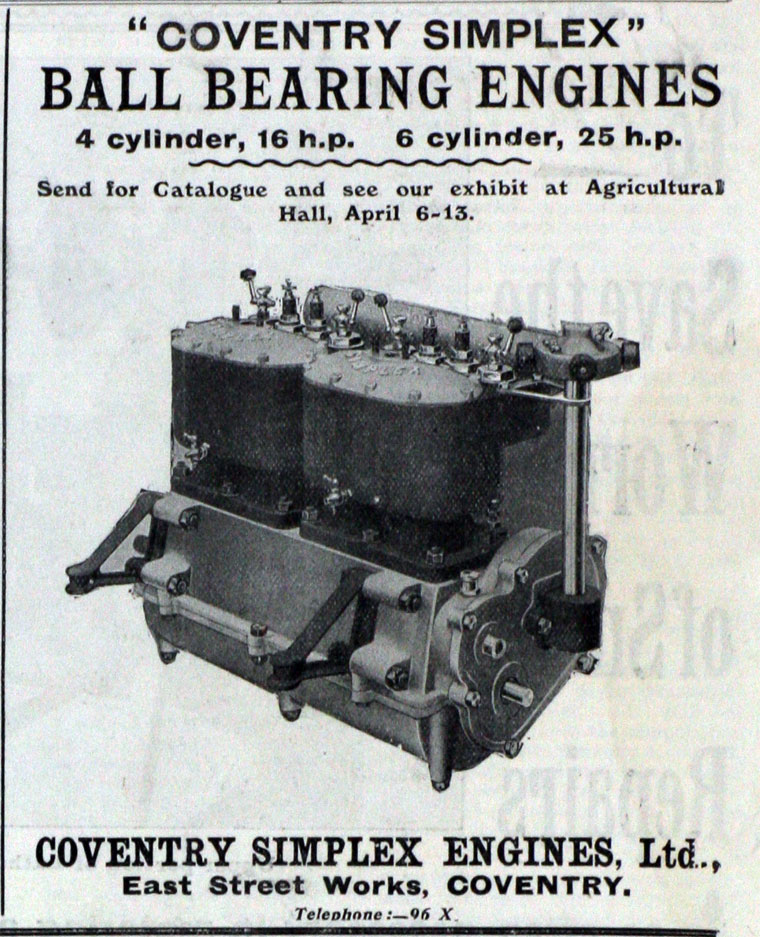 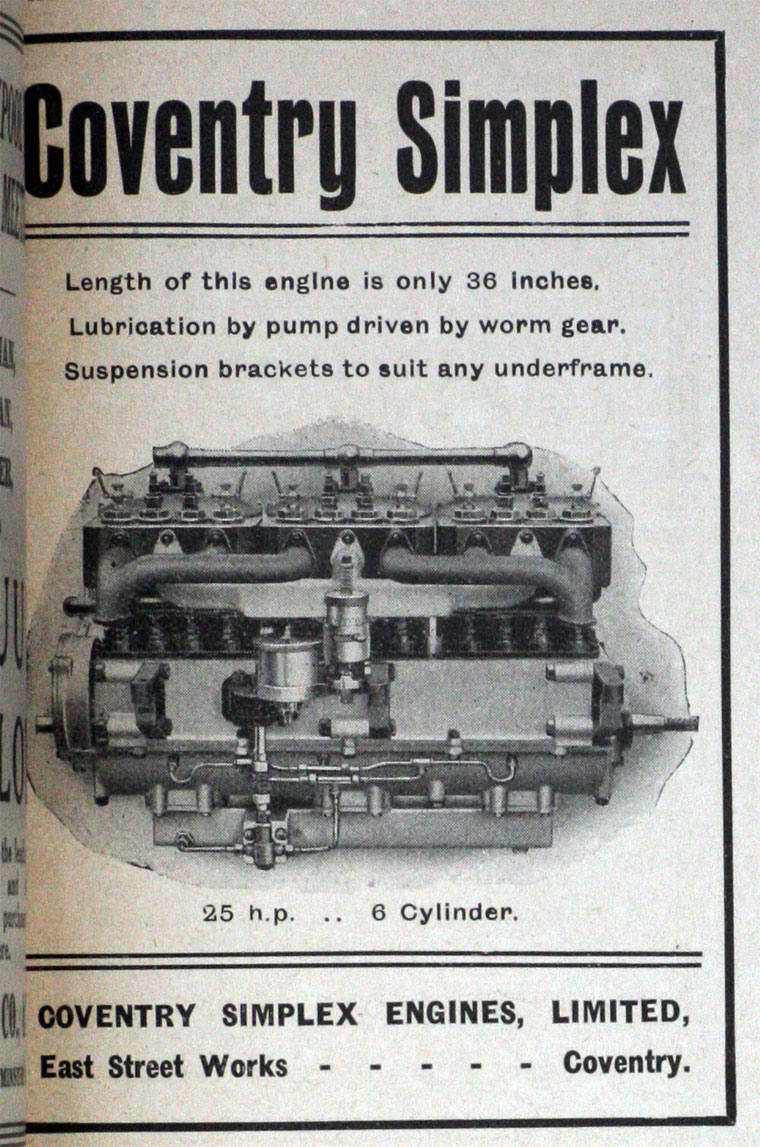 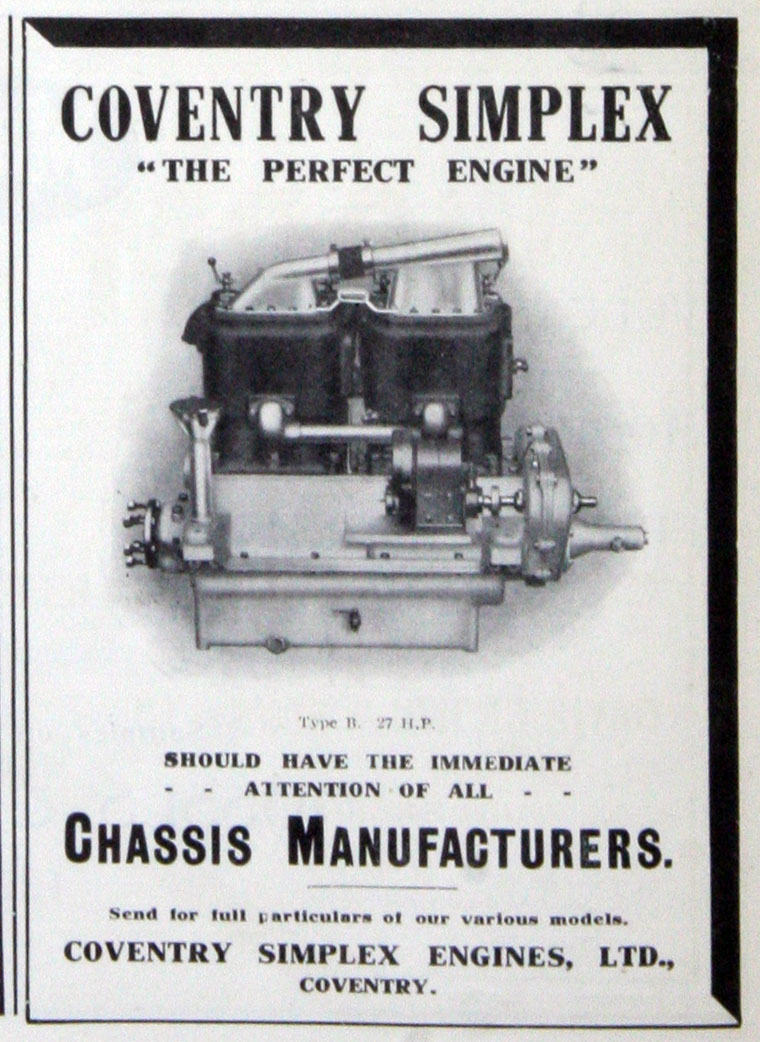 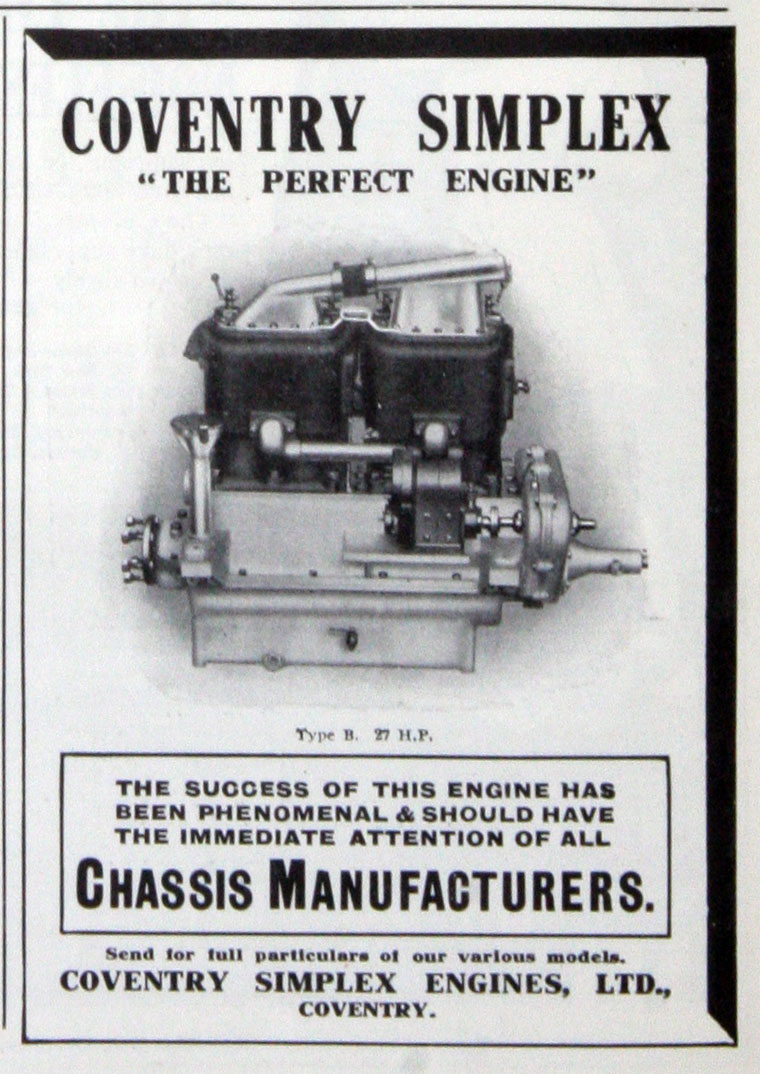 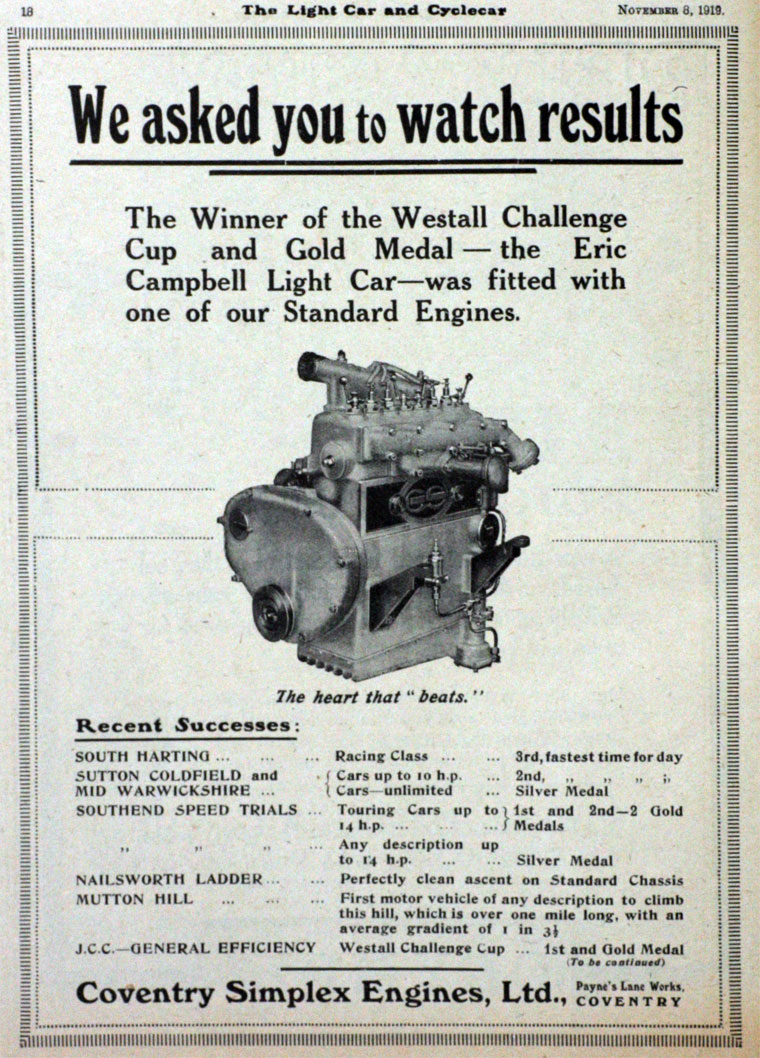 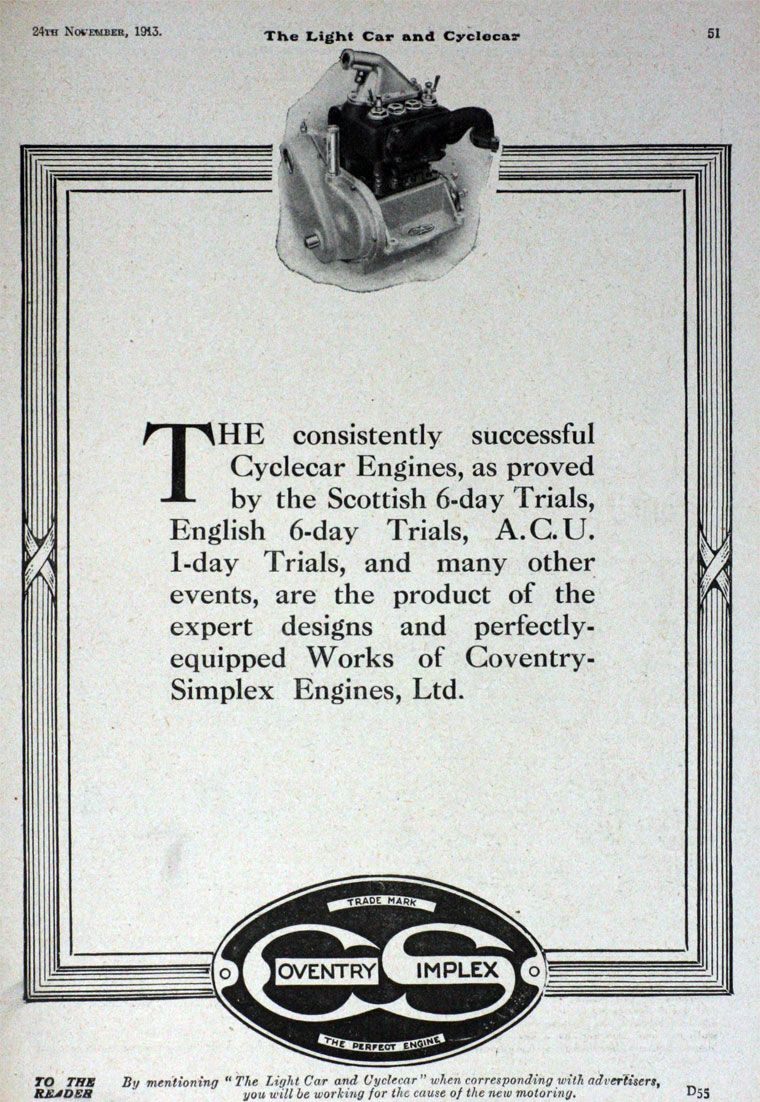 1903 The company was started in 1903 as Lee, Stroyer and Co, but two years later following the departure of Stroyer, was relocated to Paynes Lane, Coventry, and renamed to Coventry-Simplex by Henry Pelham Lee who saw a need for competition in the piston engine market.

WWI Hundreds of Coventry-Simplex engines were manufactured during World War I to be used in generating sets for searchlights.