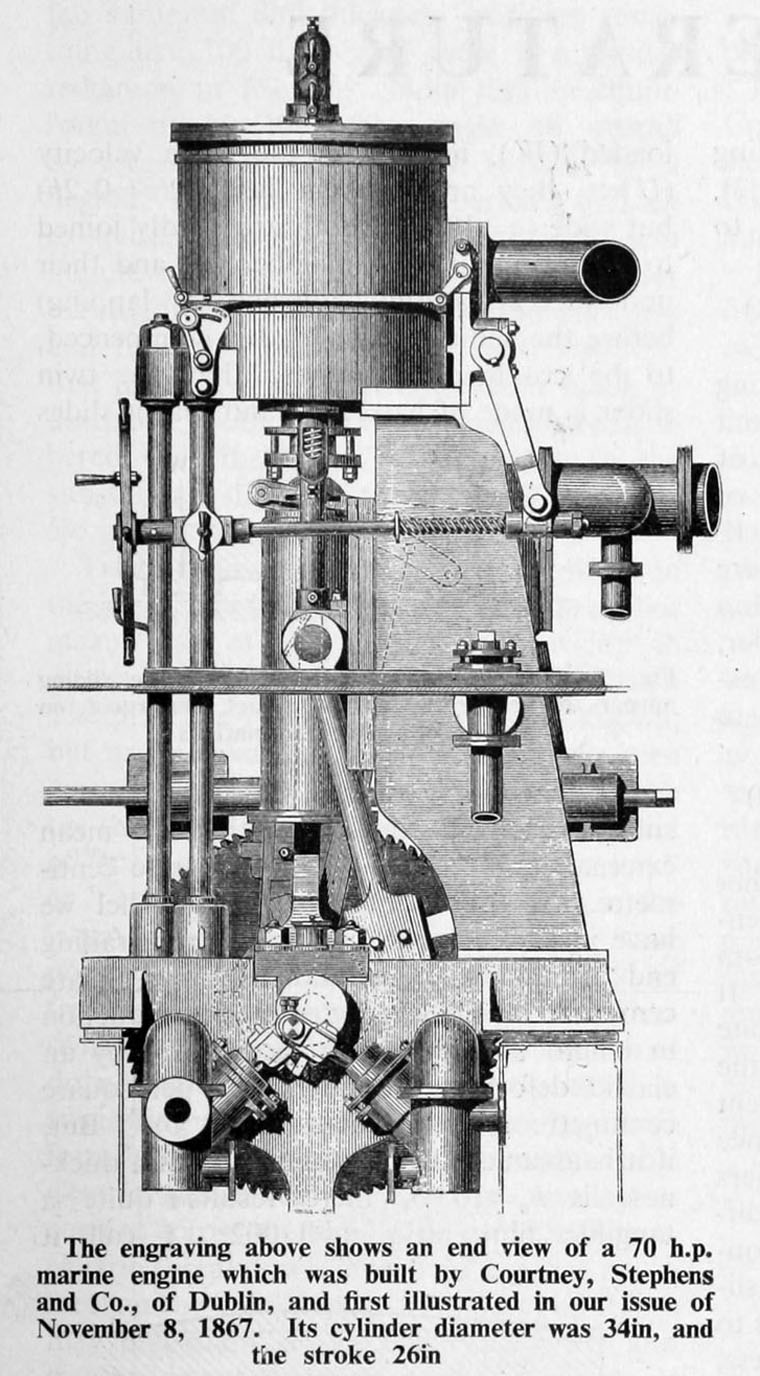 of Blackhall Iron Works in Dublin.

1865 John Bailey (1839-1892) became a partner in Courtney and Stephens which then became Courtney, Stephens and Bailey

c.1865 Built the Drinagh scoop-wheel, to be one of the largest in existence.