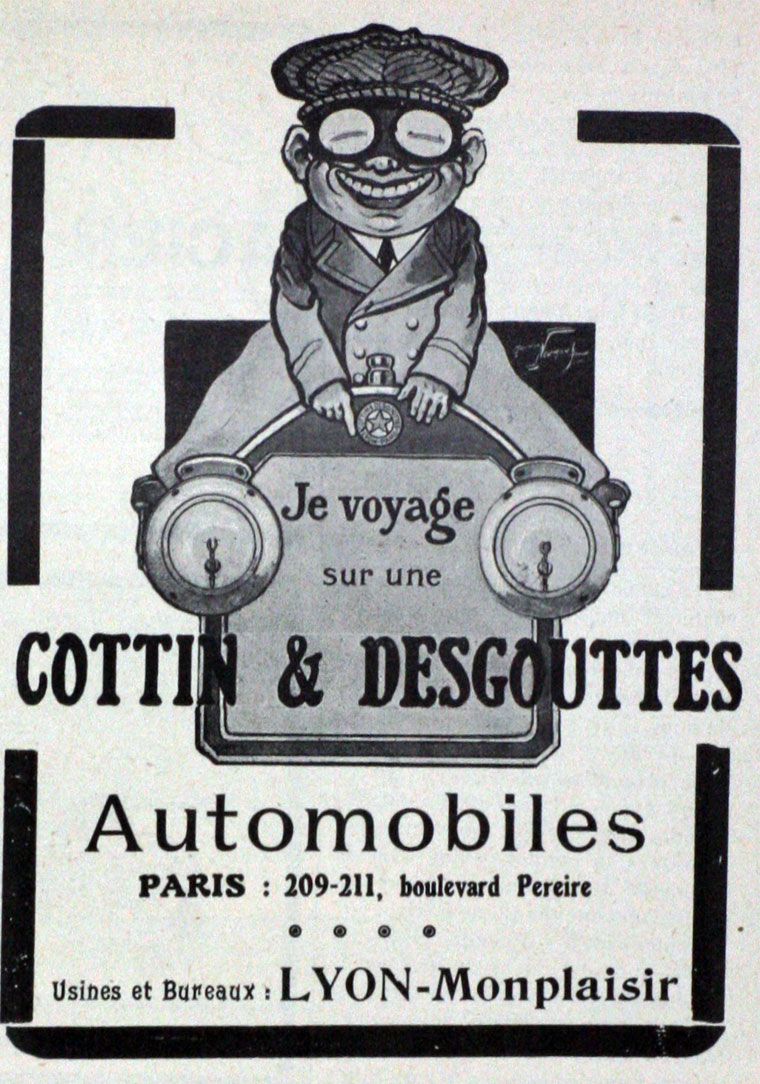 Cottin and Desgouttes was a French maker and known well-made, durable, and attractive cars.

A few chassis with charabanc bodies of a capacity between 20 and 26 operated in two Scottish independent fleets that were eventually taken over by Scottish Motor Traction Co in the mid 1920s.

In 1904, Pierre Desgoutte started manufacturing automobiles under the name "Desgouttes & Cie", in Lyon, France. The first model was the type A, powered by a 9.5-litre, 45 hp, six-cylinder engine. Only two cars of this type were built.

In December 1905, a chassis with a four-cylinder, 24/40 hp engine was presented at the Salon de Paris. It exhibited many innovative features and enjoyed a huge success. At the beginning of 1906, Pierre Desgoutte was joined by a wealthy industrial partner, Cyrille Cottin. They decided to call the new company "Automobiles Cottin & Desgouttes", Pierre Desgoutte acting as Technical Director, whereas Cyrille Cottin would manage Sales.

Between 1906 and 1914, most of the production was devoted to four-cylinder models. In 1907, the company produced a 2.5 litre, 12 hp model that was so well accepted by the public that is was produced without any major changes for more than four years.

Over the next years, growth was regular and the factories thrived. In 1913, Cottin & Desgouttes were producing close to 450 cars with a total staff of 300, which was very high at the time, since the usual rule was one car per year per employee.

Well known for the very high quality of their production, Cottin & Desgouttes was also famous for the interest they demonstrated in "high-tech" solutions: they were among the first to use a single-block engine, direct drive transmission and universal joint-based transmission.

Handled in the UK by Cambridge Automobile and Engineering Co