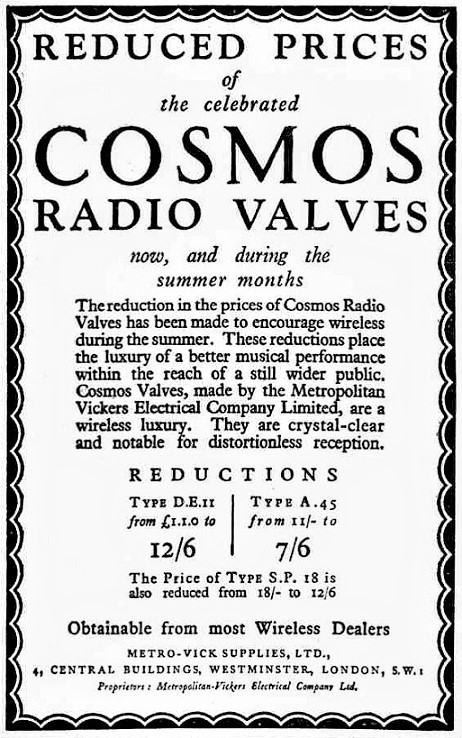 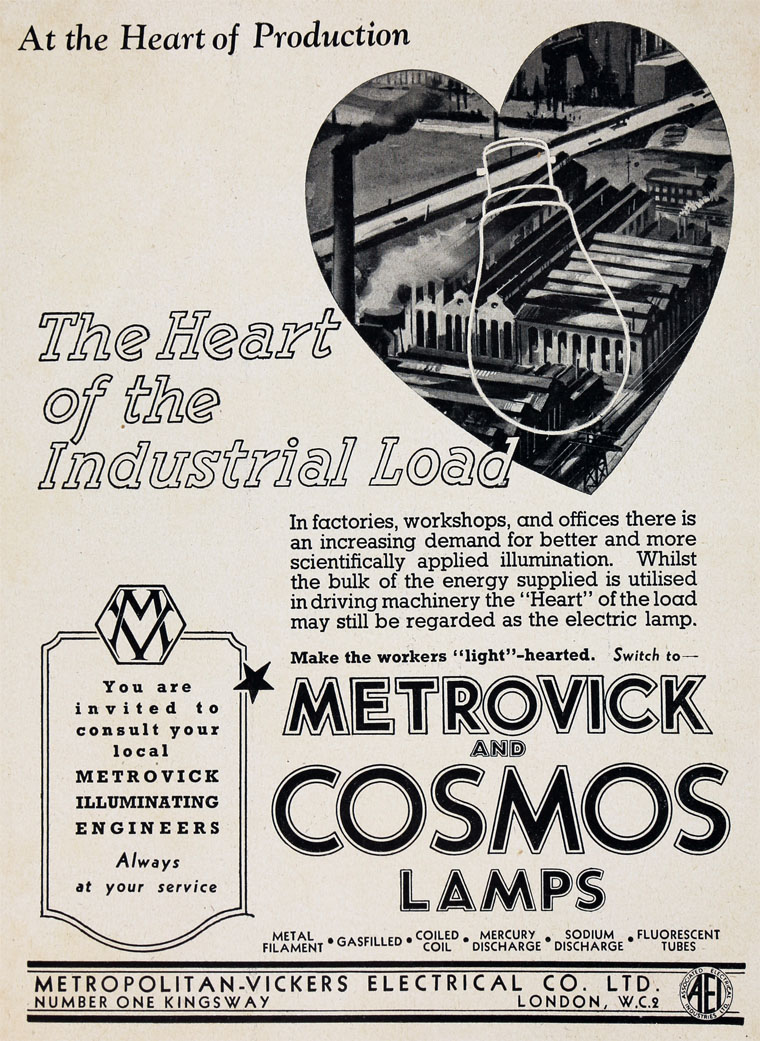 1915 A lamp factory at Brimsdown, Middlesex, which had belonged to a German company, was taken over by the Public Trust Custodian.

1919 Part of the new Metropolitan-Vickers Electrical Company when it was formed [1].

1924 development work in the research department produced the Cosmos Shortpath valve. This was a radical change in construction with smaller clearances between electrodes than previous valves.

1928 As part of the rationalization involved in joining with BTH to form AEI, Metropolitan-Vickers's merchandising businesses, including Cosmos, were transferred to Edison Swan Electric Co. The domestic appliance work was mainly transferred to Harcourts and the Cosmos works concentrated on the manufacture of lamps and valves.

1929 AEI advertised for an engineer to join its valve factory, Cosmos Lamp Works.

1929 Edison Swan Electric Co took on valve production for the whole of AEI (presumably at Cosmos).

1934 Cosmos Lamp Works employees contributed to a fund after a mining disaster[2].