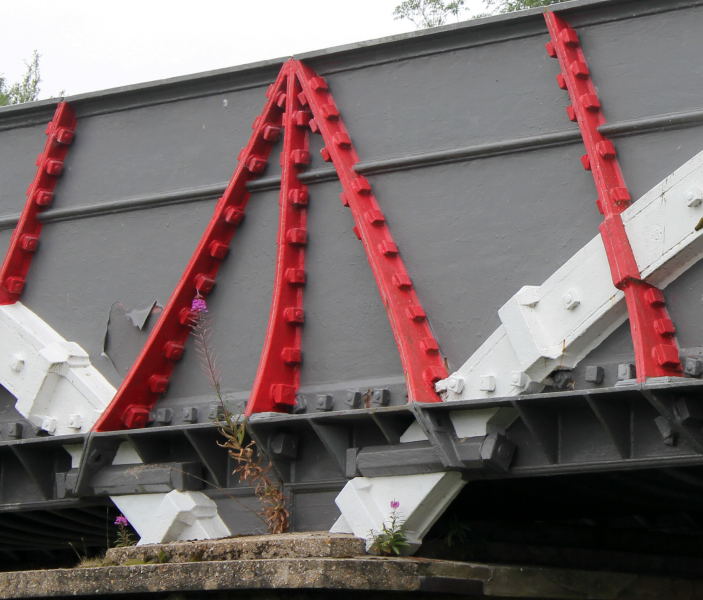 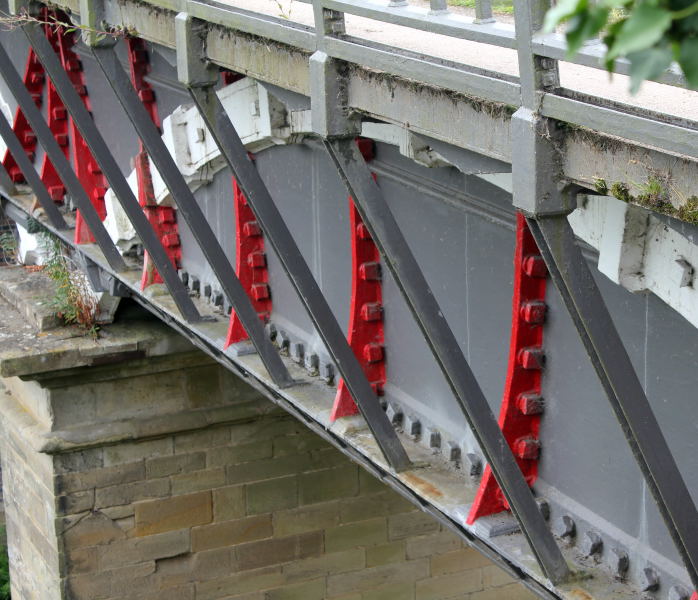 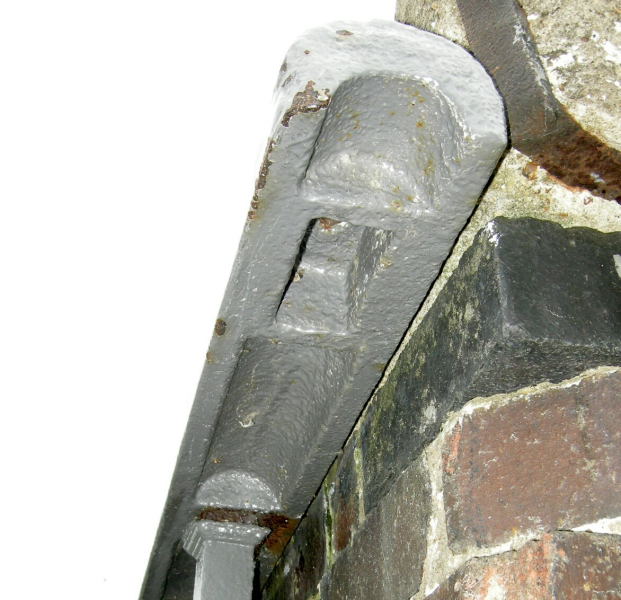 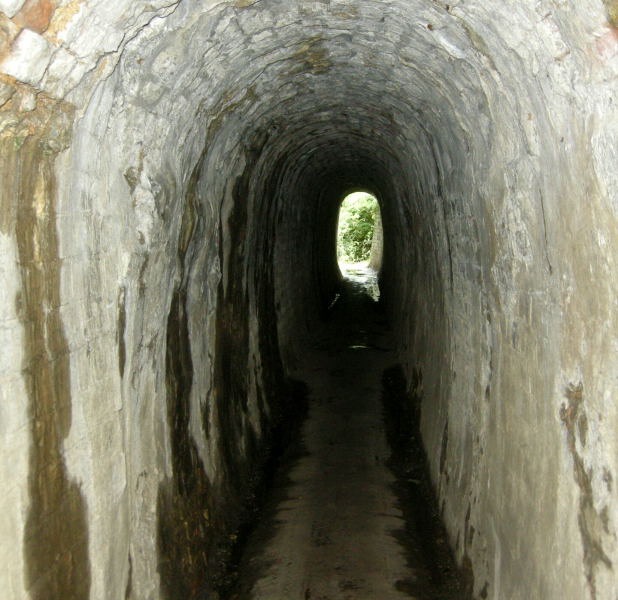 Also known as Wolverton or the Iron Trunk Aqueduct.

Cosgrove aqueduct is a navigable cast iron trough aqueduct that carries the Grand Union Canal over the River Great Ouse, on the borders between Buckinghamshire and Northamptonshire, between Cosgrove and Wolverton at the northwest margin of Milton Keynes in England. It can be accessed on foot (along the canal towpath) from Old Wolverton Road, between Stony Stratford and Wolverton.

The Grand Junction Canal (later absorbed into the Grand Union Canal) required to cross the course of the River Great Ouse, the lowest point between the summits at Tring and Braunston. Initially flights of locks, four at the southeast and five at the northwest, were used to allow the canal to descend to cross the river on the level, and this arrangement came into action in 1800.

William Jessop, the canal company’s engineer, designed a three-arch brick viaduct so that the canal could cross at a higher level, reducing the water loss and delay in locking down to river level. His structure was opened on 26 August 1805, but a section of the canal embankment collapsed in January 1806; this was repaired, but the aqueduct structure itself collapsed in February 1808, severing the canal.

Although Jessop is sometimes blamed for the failure of the first structure, the collapse actually led to a legal dispute with the original contractor. The issue went to trial, with damages eventually being awarded to the Grand Junction Company for loss of trade while the canal was out of action, and the cost of the replacement aqueduct.

As a temporary measure the lock system originally installed was brought back into use, and Benjamin Bevan, an engineer employed by the canal company, designed a replacement structure. By this time, cast iron trough aqueducts designed by William Jessop and Thomas Telford at Pontcysyllte and elsewhere, had become proven, and Bevan adopted the system for his structure. However, the canal was then operating as a wide canal in contradistinction to some northern narrowboat canals, so that the troughs had to be substantially larger and stronger than elsewhere.

The cast iron units were cast at the Ketley Iron Works at Coalbrookdale; the company had already been involved with Telford on the Longdon-on-Tern Aqueduct. The castings were transported to Cosgrove by the canal itself, and assembled and erected at site. The new structure was completed in January 1811.

To resist the substantial additional loading of a wide canal, Bevan designed the floor sections to be arched, providing additional strength; in addition there are arch ribs built in with the trough side plates. The towpath is cantilevered from one side and supported by diagonal struts. However at Cosgrove the towpath is cantilevered outwards over the river, rather than inwards over the canal as at Pontcysyllte. There is a cattle creep (tunnel) through the embankment either side of the main structure; cattle creeps are small field-to-field access openings for farm animals and pedestrians.

The above information is mostly taken from Wikipedia.

A short account of the history, including a map showing temporary locks and the deviation of the Great Ouse, is available here[1]

The design of the aqueduct represented a major challenge to the foundry, and the result is a great tribute to all concerned. An unusual, probably unique, feature of the aqueduct is the incorporation of arched members in the sides of the cast iron plates. These arches were presumably made in relatively short lengths, and would have to be well-butted against each other, but the arrangement of the end faces is by no means obvious. As well as acting as reinforcing arches, the also serve as fishplates, bolted to the side plates. The curved compression members sit in the curved channels cast in the side plates, and, as can be seen in the photos, a very close fit has been obtained. Examination of photos 9 & 11, showing the white-painted bosses on the side plate castings, hints at the possibility that iron wedges (cotters) were driven in to join (or separate?) the individual curved plates.

The castings are assembled using numerous bolts, and the foundry faced another major challenge in ensuring that all the bolt holes in mating plates would be in exact alignment. The holes would have been cast in, not drilled to match. The remarkably thin flanges are locally thickened at the bolt locations (visible in photo 13). The recesses in the sand moulds corresponding to these thickened pads would have served to locate the cores for the bolt holes.

The floor plates are stiffened by deep webs. These are deepest near their mid length, dimininish in depth away from the centre, and increase again towards the edges (where the side plates join the deck. The profile of the bottom edge could be described as a 'cupid's bow' shape. Unusually, the bottom edge of the webs is considerably thickened with a bulbous rim of circular section, equivalent to the rolled wrought iron 'bulb section' which would later find favour with shipbuilders (just visible in photo 14).

A remarkable piece of work.