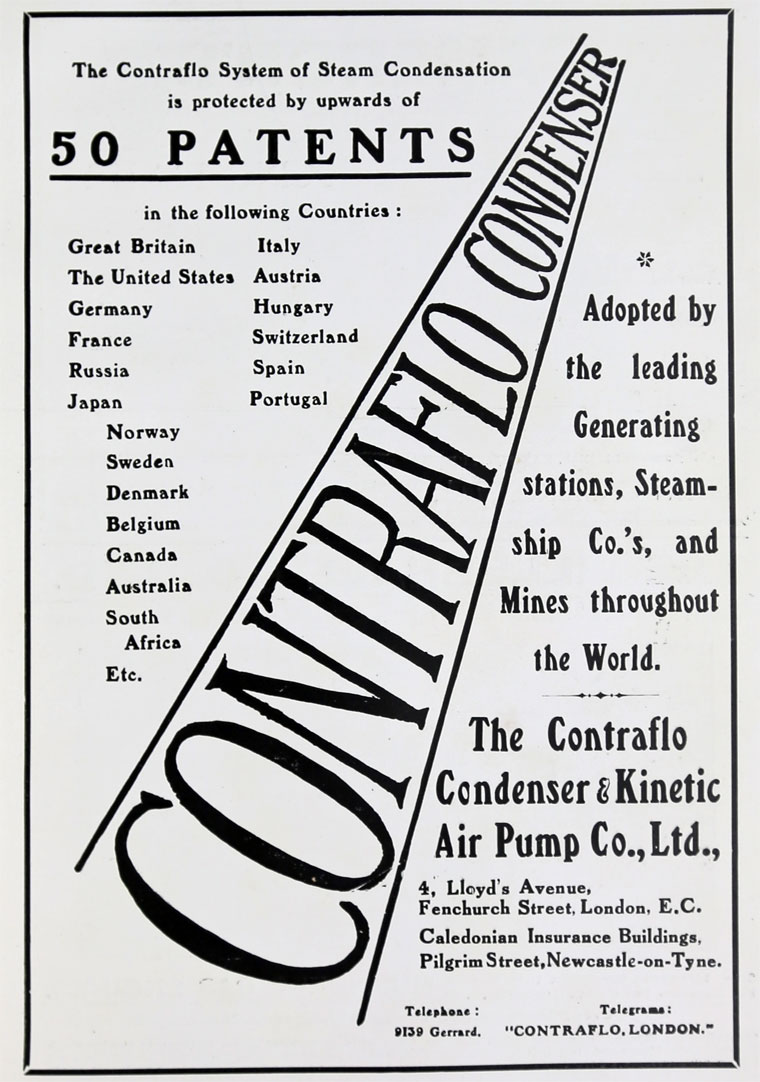 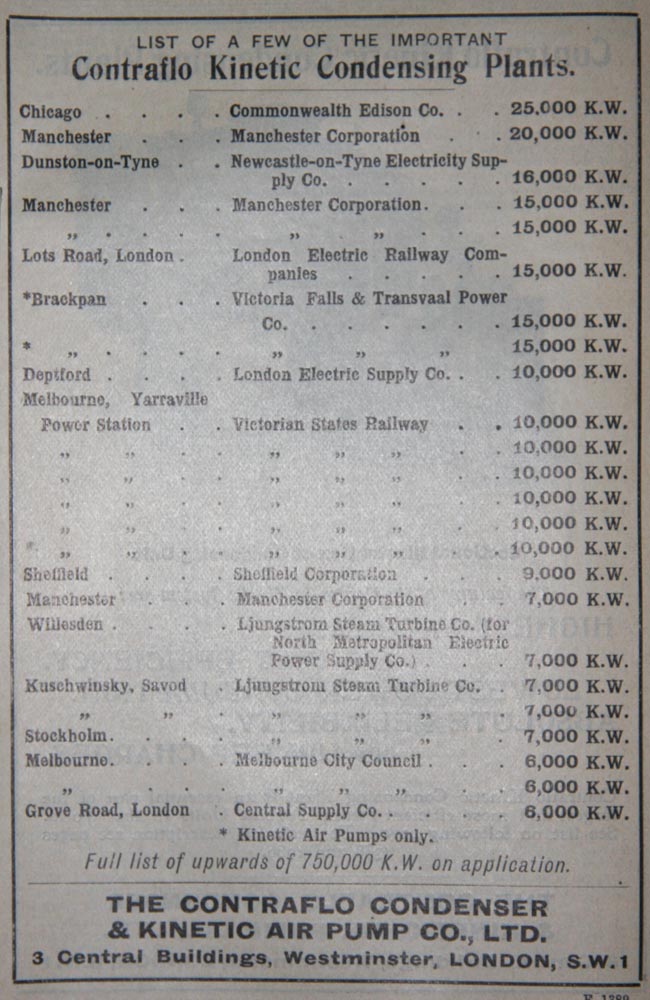 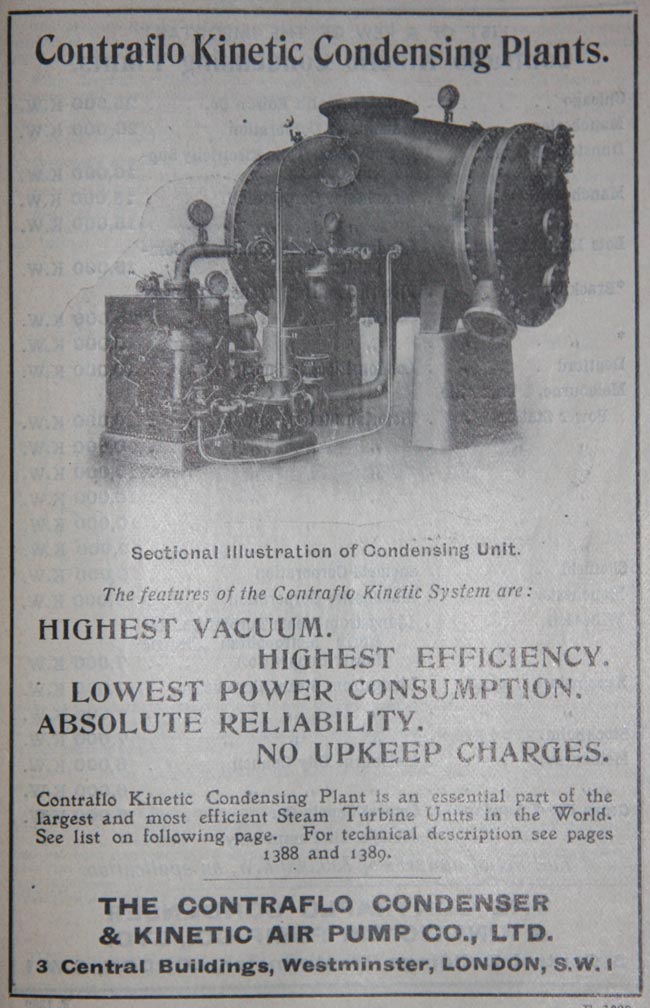 1910 The Contraflo Condenser and Kinetic Air Pump Company was formed, with capital of £80,000. Mr. D.B. Morison was chairman, and possessed nearly half the shares. 'After the formation of the Contraflo Company, the managing director, Mr. W. H. Lynch, was made a director of Richardsons, Westgarth and Co apparently for no other reason than the fact that he was associated with tho Contraflo Company.'[1]

Contraflo condensers and associatedequipment were made under licence by a number of firms.