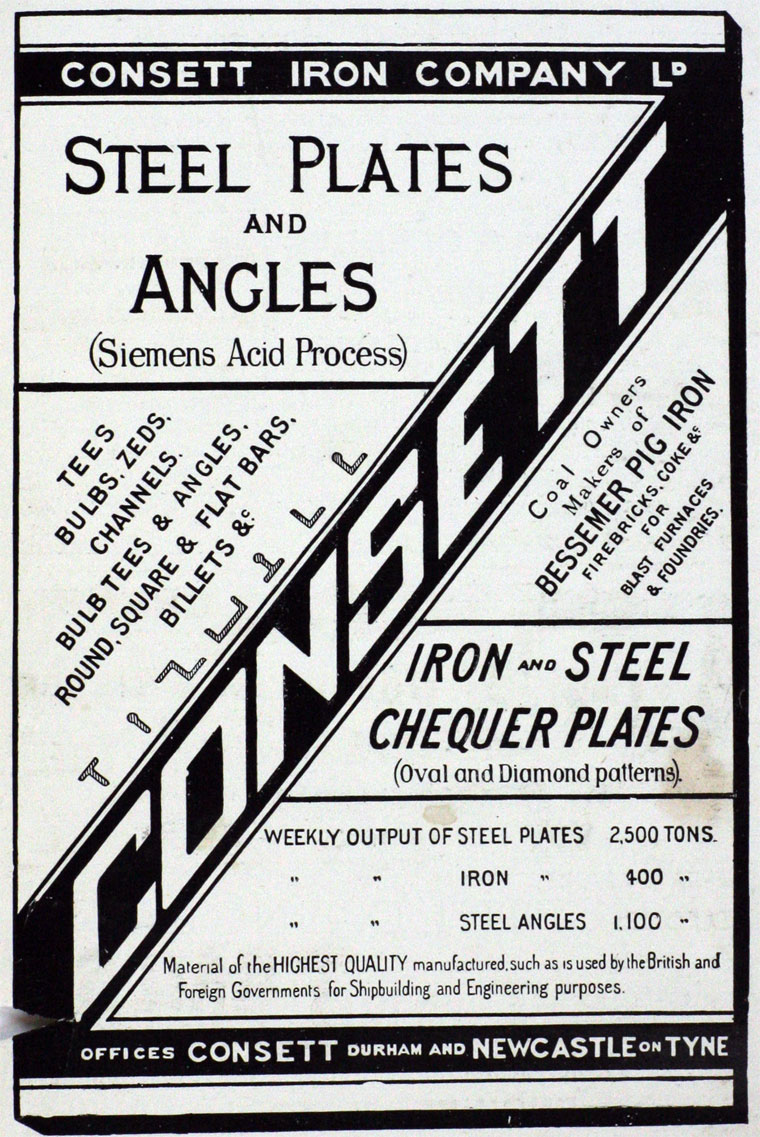 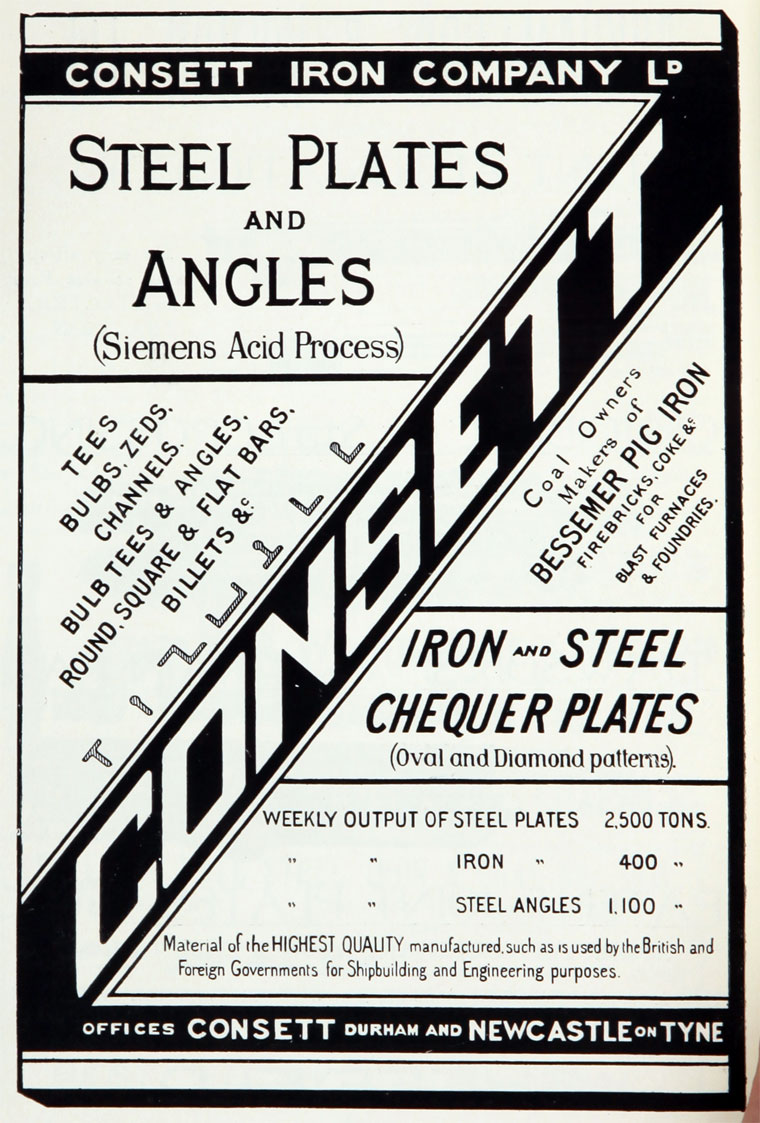 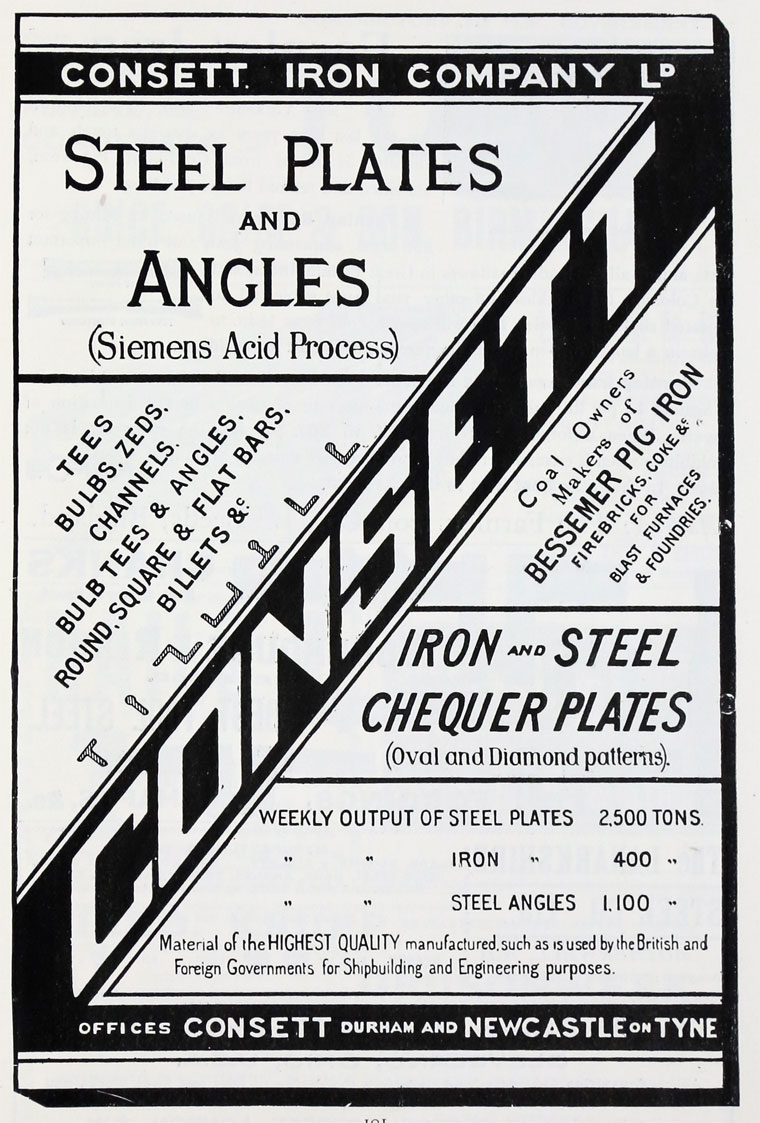 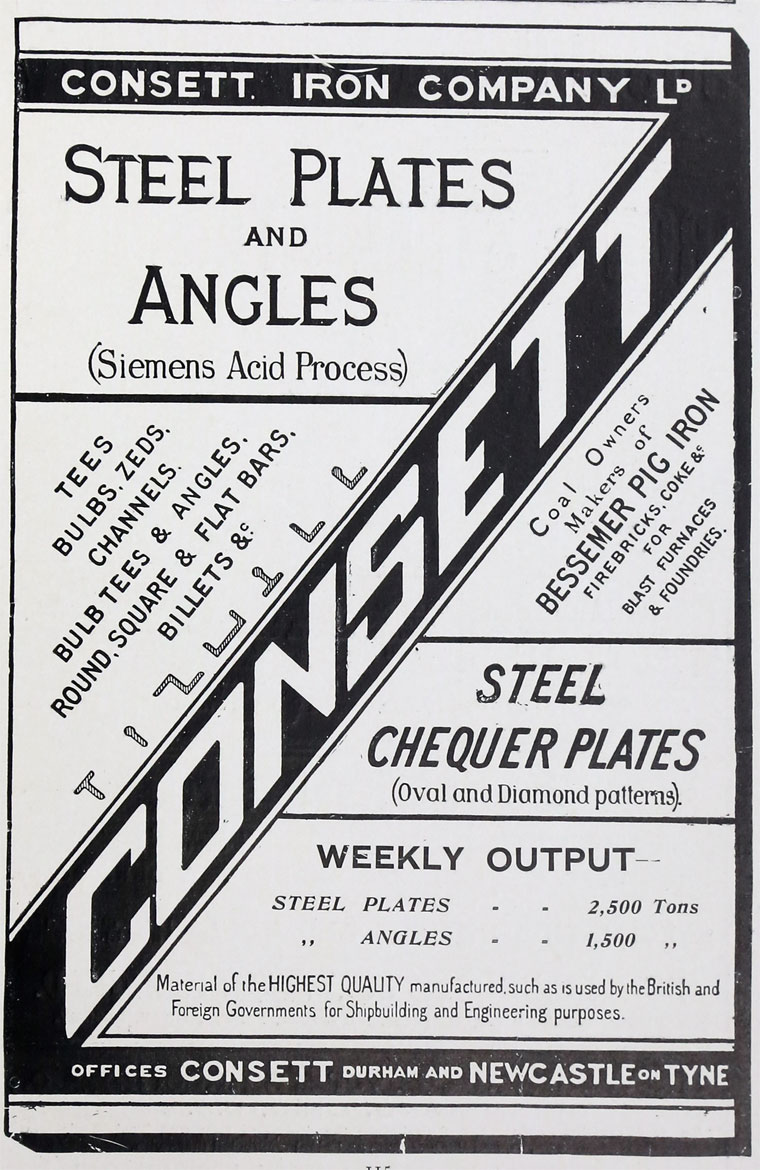 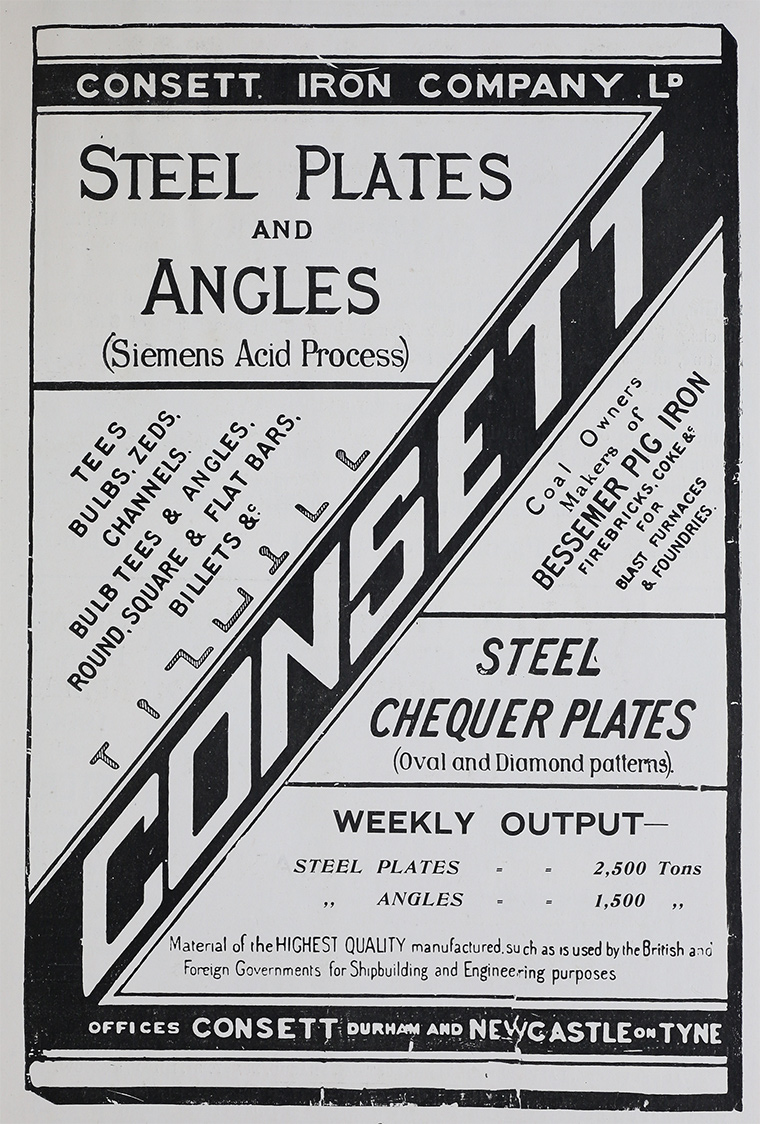 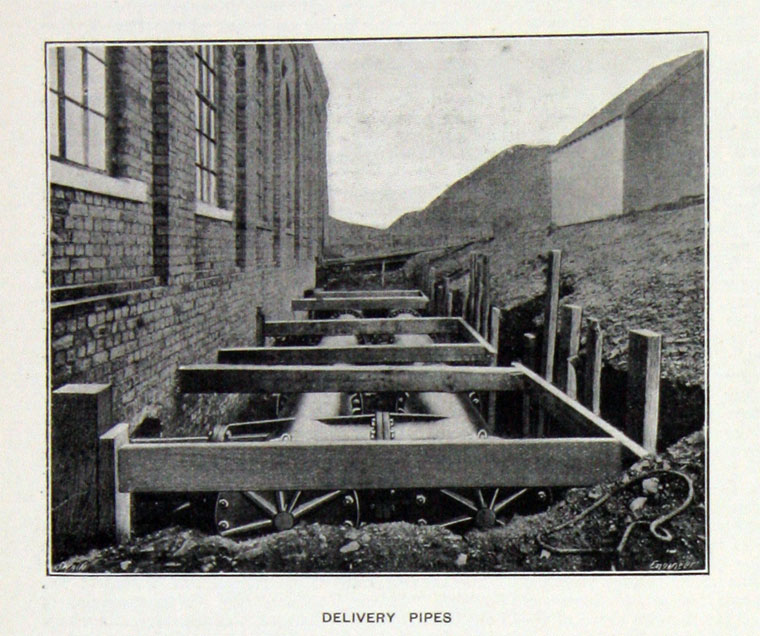 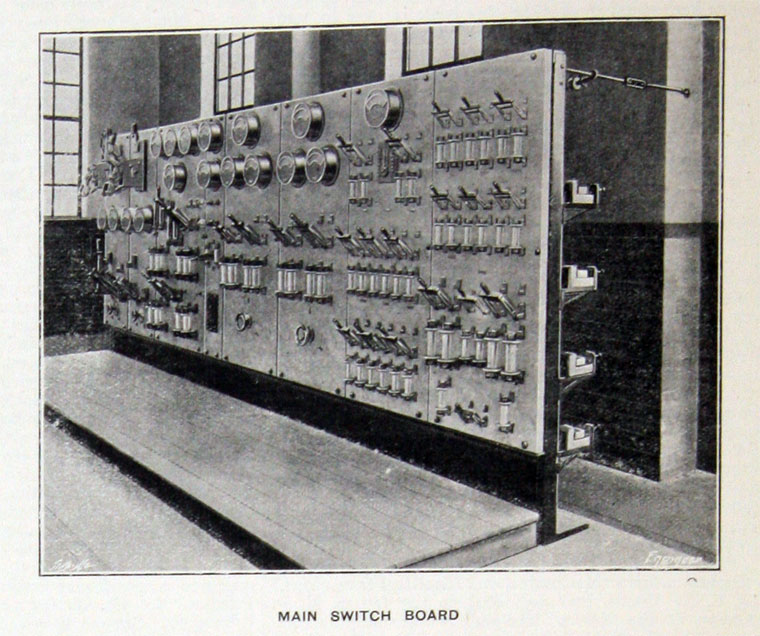 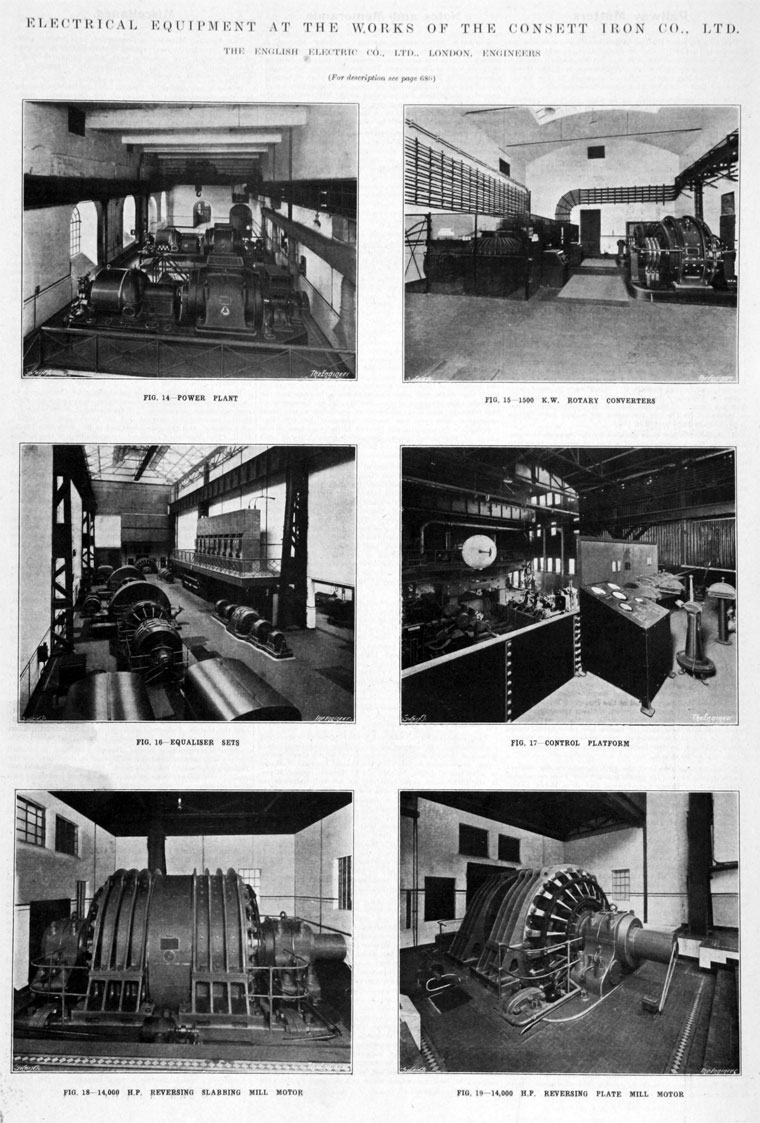 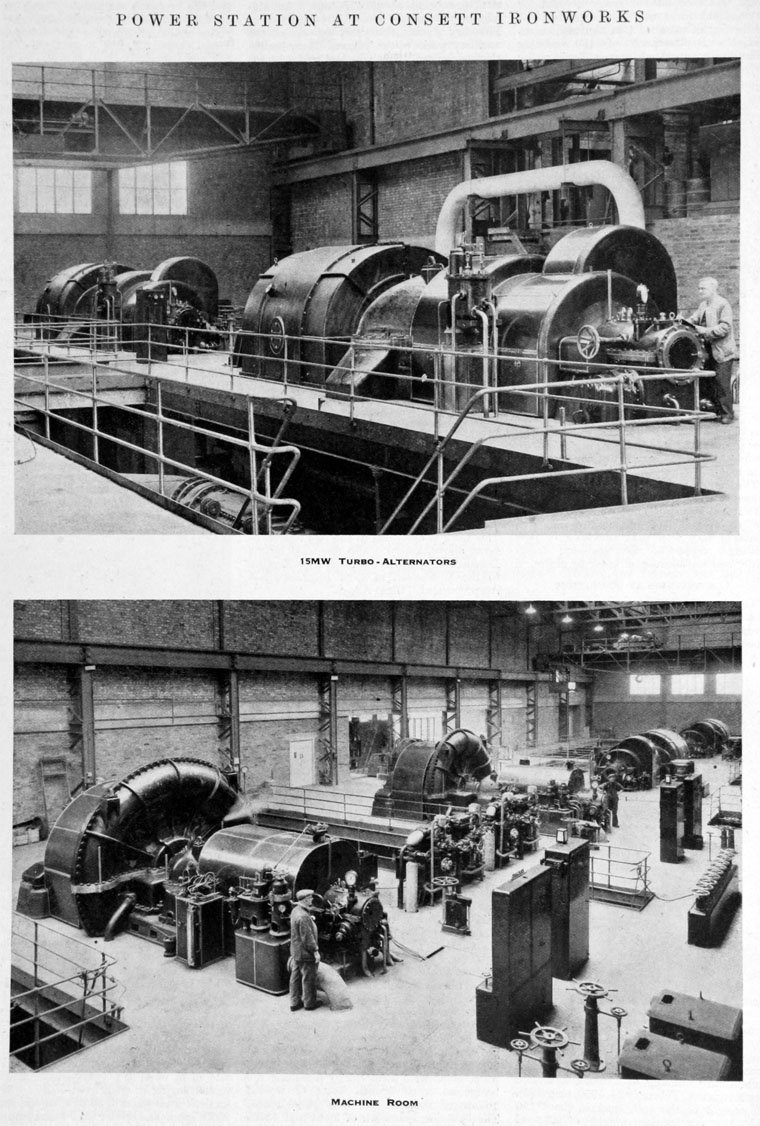 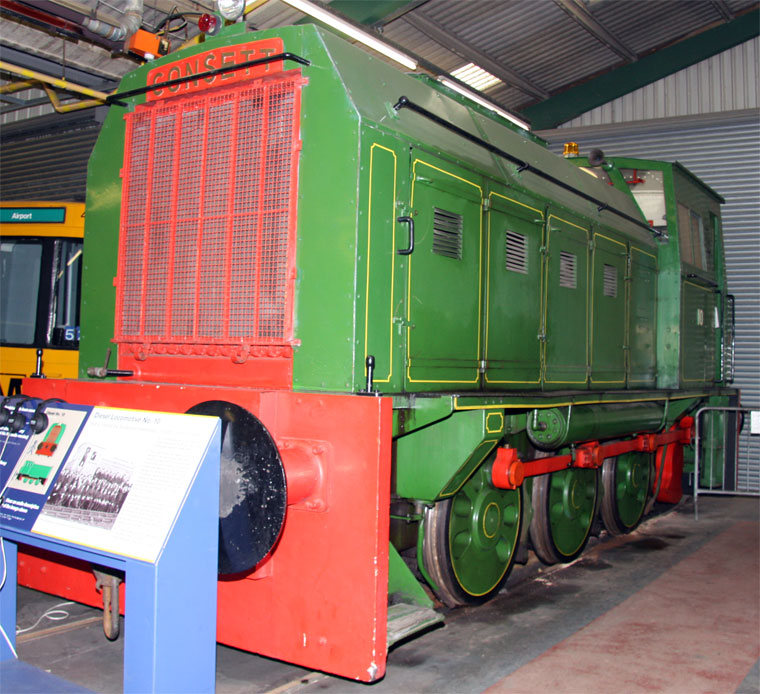 1958. Diesel Locomotive No. 10. Built at the Templetown workshops. Exhibit at the Stephenson Railway Museum. 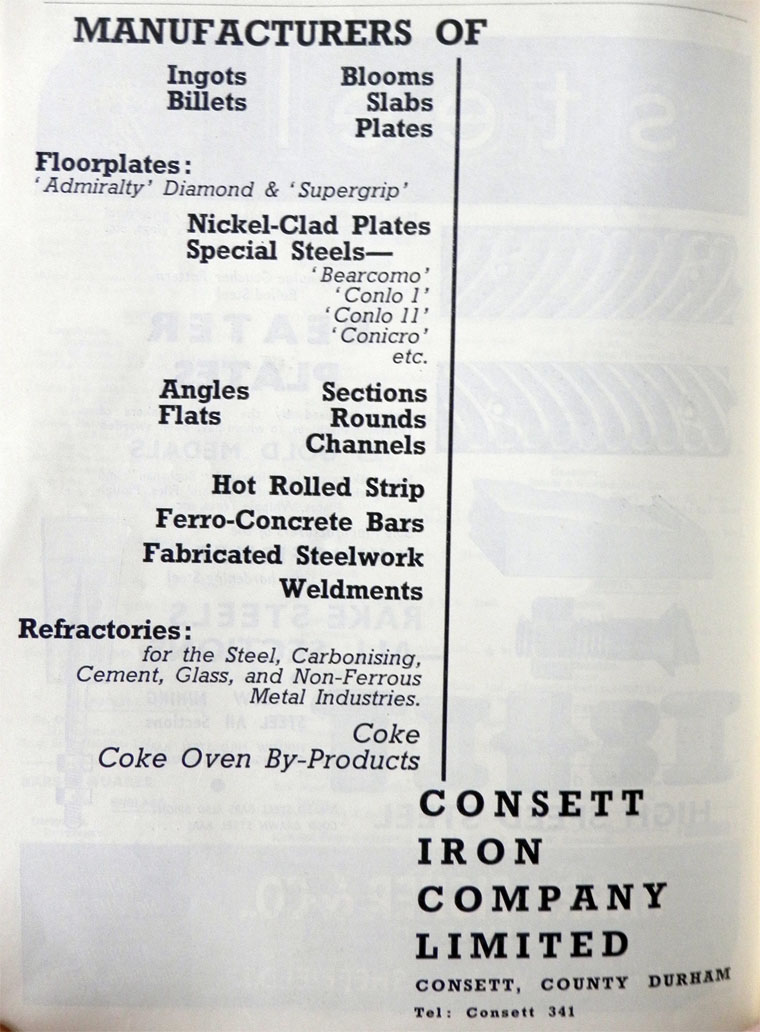 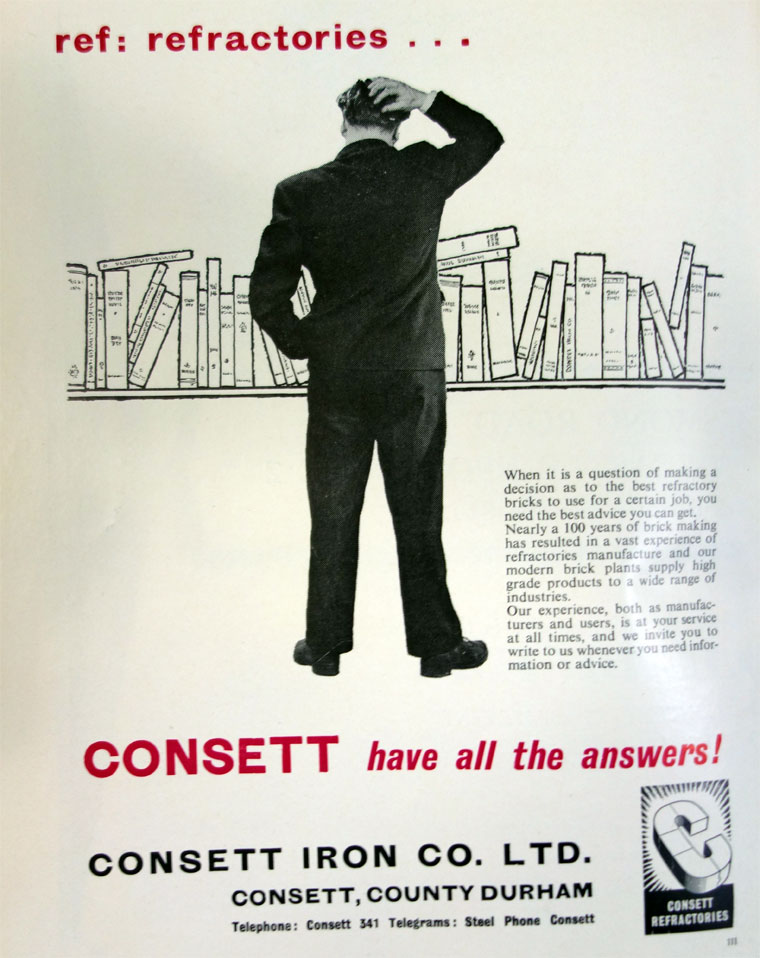 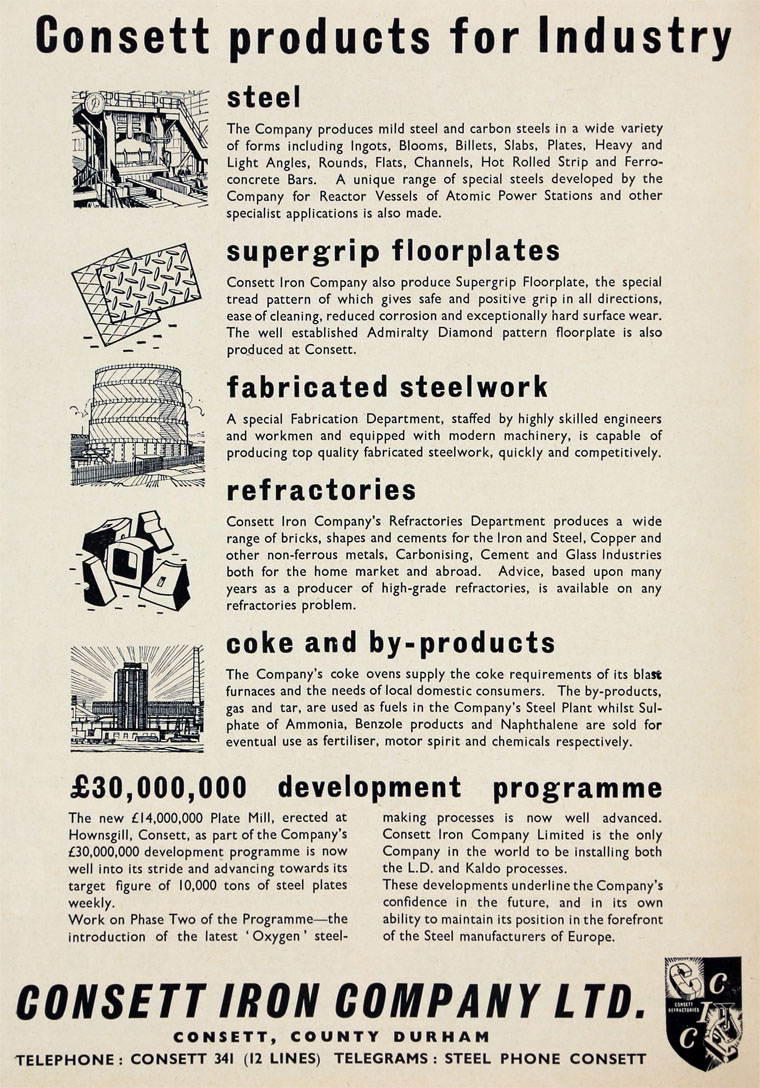 1840 The Derwent Iron Company was promoted by Mr. Jonathan Richardson and a small group of entrepreneurs to lease ironstone in the district of Consett, as well as several large royalties of coal. Blast-furnaces were erected, and rolling mills laid down, the ironstone for the former being obtained from shafts sunk in the immediate neighbourhood.

Over the next 100 years, the town became one of the world's leading steel making towns. Steel dominated Consett visually in terms of its landscape, the town becoming renowned for the pall of red dust that hung over it. The dust was actually airborne iron oxide from the steel making plant.

1857 The Derwent and Consett Iron Company was formed to acquire the assets of the previous company which had large debts to a bank which had failed.

1858 The Stockton and Darlington Railway Company agreed to give £50,000 per annum credit to the Consett Iron Co for 3 years, with security of a mortage on the works[1]

The Derwent and Consett Iron Company could not proceed so the business was again put up for sale.

1864 The New Consett Iron Company Ltd was incorporated in order to acquire the works at Consett, Crookhall, and Bradley, consisting of 18 blast-furnaces, with puddling forges, extensive plate, angle and bar mills, and other adjuncts, producing 80,000 tons of pig iron per annum, and from 40,000 to 50,000 tons of finished iron. 500 acres of freehold land, attached to the Works, and more than 1000 freehold cottages, with manager's house and offices, were included in the purchase, as well as coal royalties. Read More on Page 210 of The Engineer 1864/04/01.

Only 6 of the 18 blast-furnaces were in blast; there were 99 puddling furnaces at Consett and 31 at Bishopwearmouth Iron Works, which had been amalgamated with the Derwent Iron Company at an early stage. To the north of the main works were Tin Plate Mills, owned by Richardson and Co

1866 The tin plate mills were acquired including 27 puddling furnaces and 3 plate mills and a colliery which was much nearer the Works than their own pits. The ironworks at Bishopwearmouth were soon dismantled and the operations concentrated at Consett; the manufacture of tin plates was discontinued.

1921 Started rebuilding of steel mill by demolishing the old melting shop[4] which was finally brought into use in 1926.

1938 The company collaborated with the government to finance a new steel company to establish steel works at Jarrow, the New Jarrow Steel Co[6]

1943 A new blast furnace was brought into operation[7].

WWII The company employed about 12,000 people. It adapted to the demands for new types of steel, to use lower quality ores and to cope with reduction in output from its coal mines[8].

1947 The company's coal mines were taken into the National Coal Board[9]. The company acquired the whole of the share capital of New Jarrow Steel Co[10].

1955 Public offer for sale of shares in Consett Iron Co by Holding and Realisation Agency[13].

1967 One of the 14 largest steel companies, representing about 90 per cent of the UK's steel making capacity, brought into public ownership as part of the British Steel Corporation.[15].

1968 Commissioned their third LD converter made by Wellman Steelwork Engineering

1970s But there was intense competition in the 1970s from both local competitors on Teesside and from abroad. Moves to close Consett came in the 1970s, despite heated debates about the future of the plant.