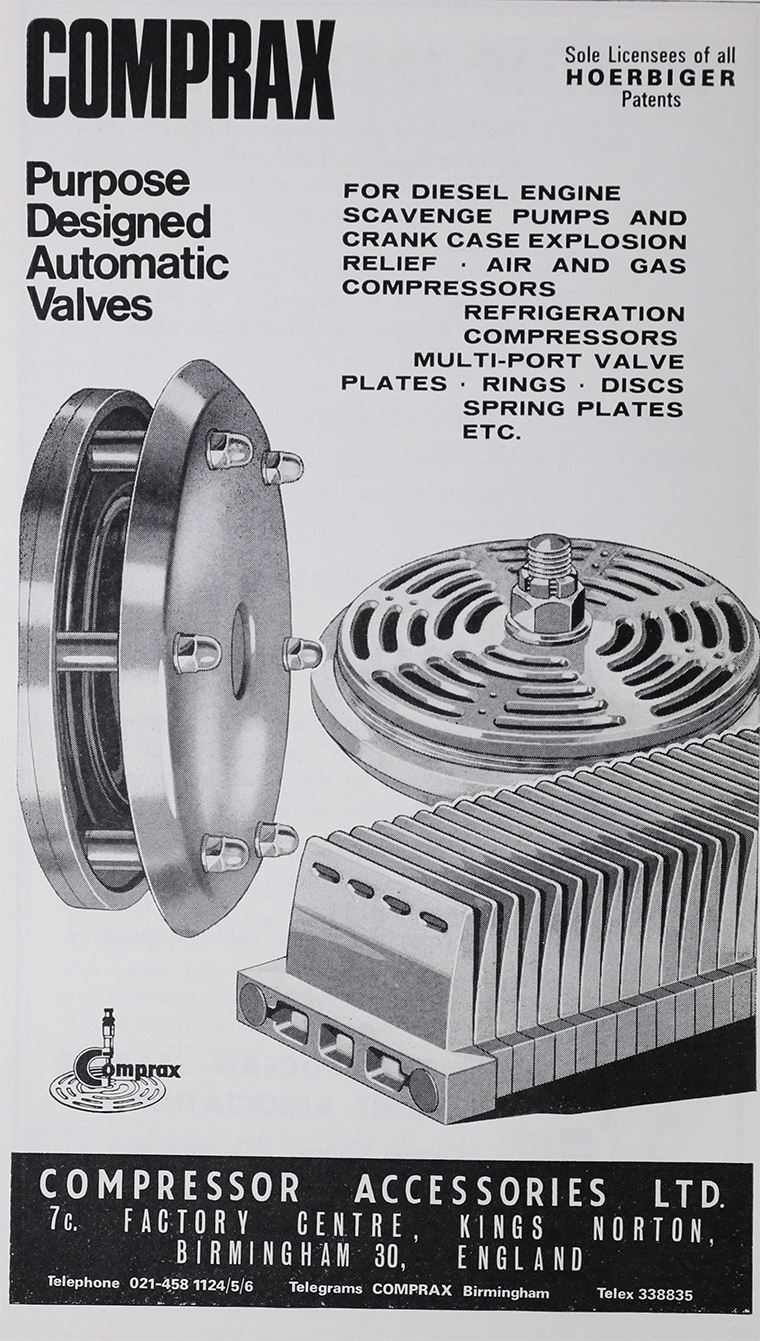 1937 Compressor Accessories Ltd was formed on Kings Norton Industrial Estate in Birmingham as an assembly point for compressor valves sourced from Vienna.

1939 Manufacture and design of compressor valves started. Compressor Accessories Ltd was then formed into an autonomous unit, and made ammunitions during WW2.

1947 The company resumed links with Hoerbiger Vienna via a licensing agreement and expanded into surrounding premises due to rapid growth.

1982 Compressor Accessories purchased and expanded into their own premises at the present site in Birmingham along with the service company.

1987 Precision Friction Products was formed as a division of Compressor Accessories as a project to develop and manufacture organic lined friction products in close liaison with Hoerbiger & Co.