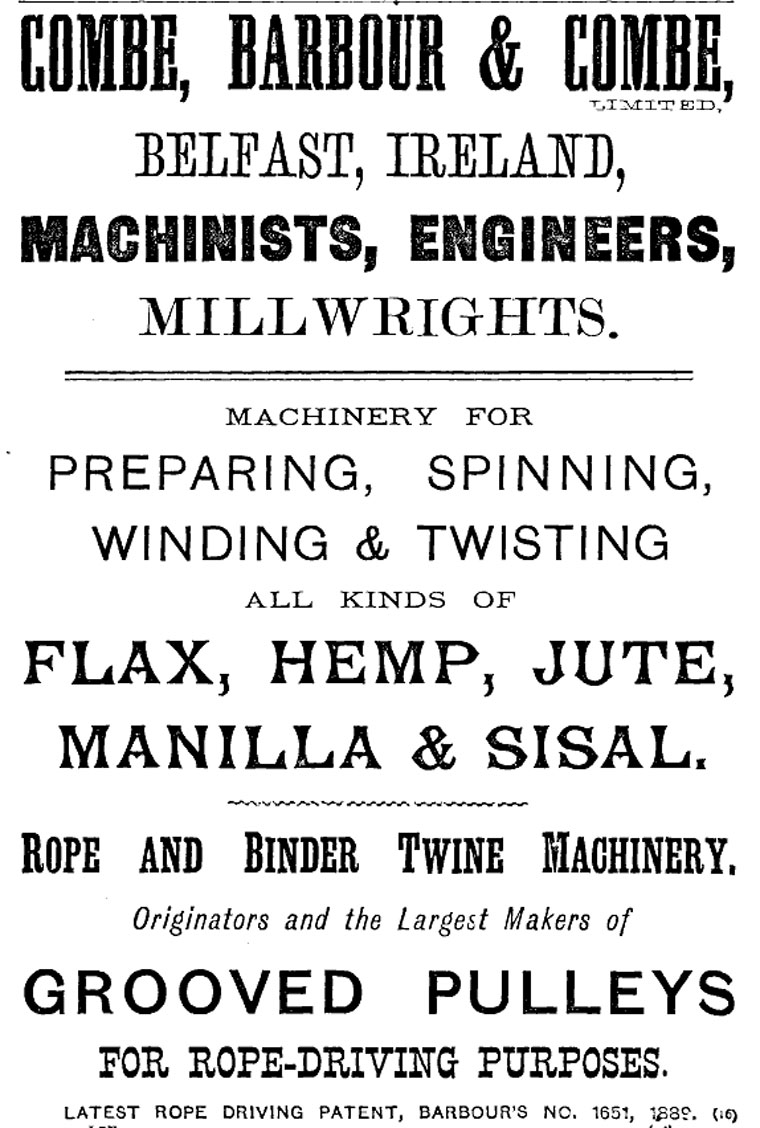 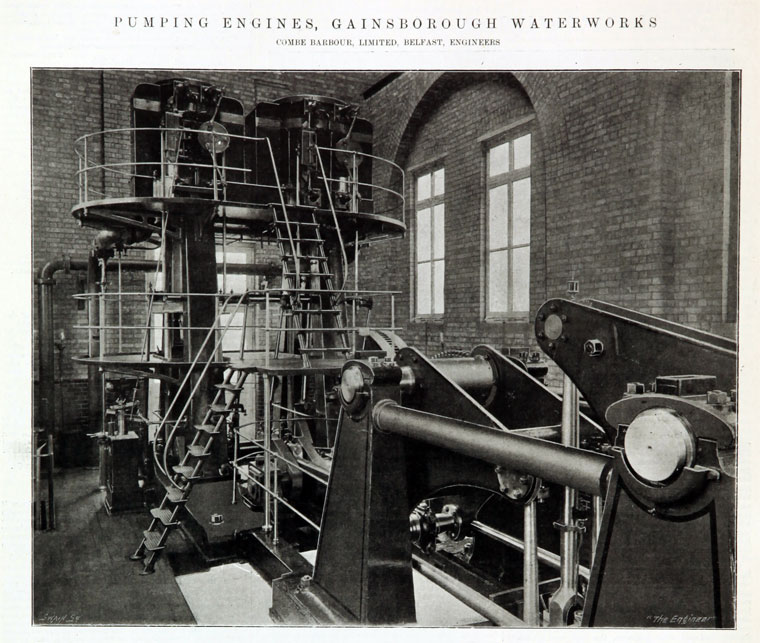 1845 Company founded by James Combe and William Dunville, for the manufacture of machinery of railway equipment and later for preparing, spinning, and twisting flax - see Combe Barbour.

1876 Abram Combe, son of James Combe, became a partner in Combe, Barbour and Combe on his father's death.

For a period from about 1880 to the end of the first world war, the Falls foundry also made large steam engines as part of their service to mill owners.

1890 Became a limited company with James Barbour as Chairman and R. Ardill as a Director.

1900 Fairbairn, Lawson, Combe, Barbour was registered on 11 July, to acquire the businesses of Fairbairn, Naylor, Macpherson and Co of Leeds, Samuel Lawson and Sons of Leeds and Combe, Barbour and Combe of Belfast, manufacturers of machinery for preparing and spinning flax, hemp and jute. [1]