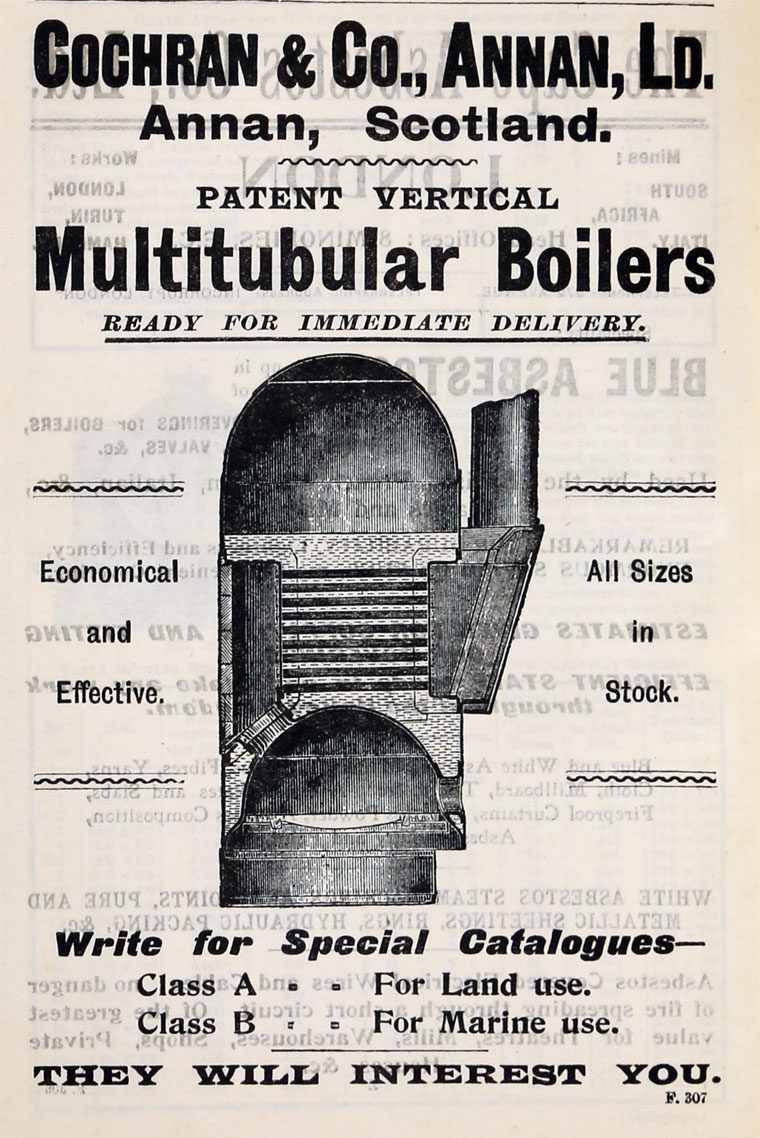 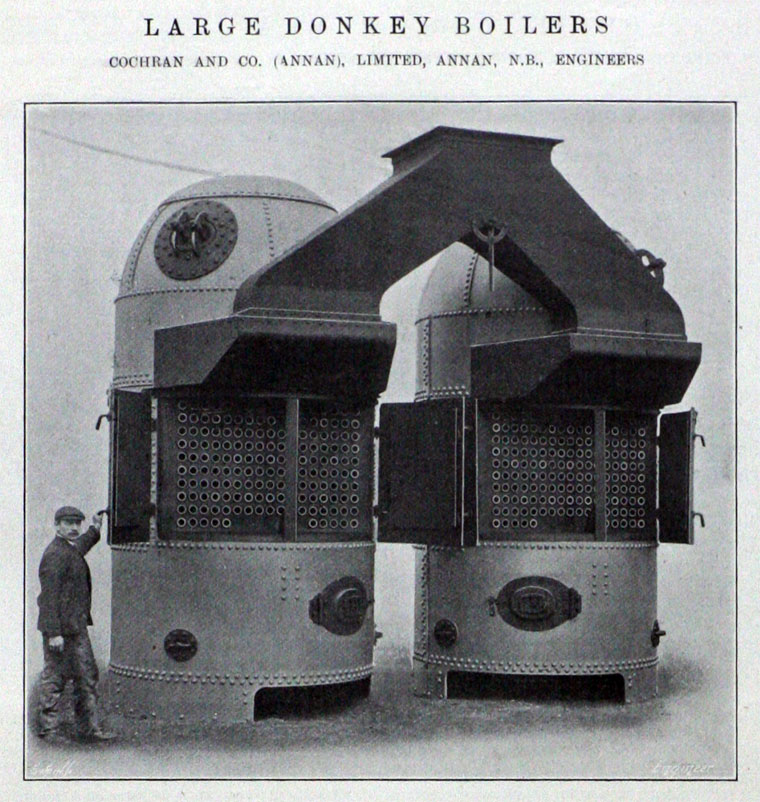 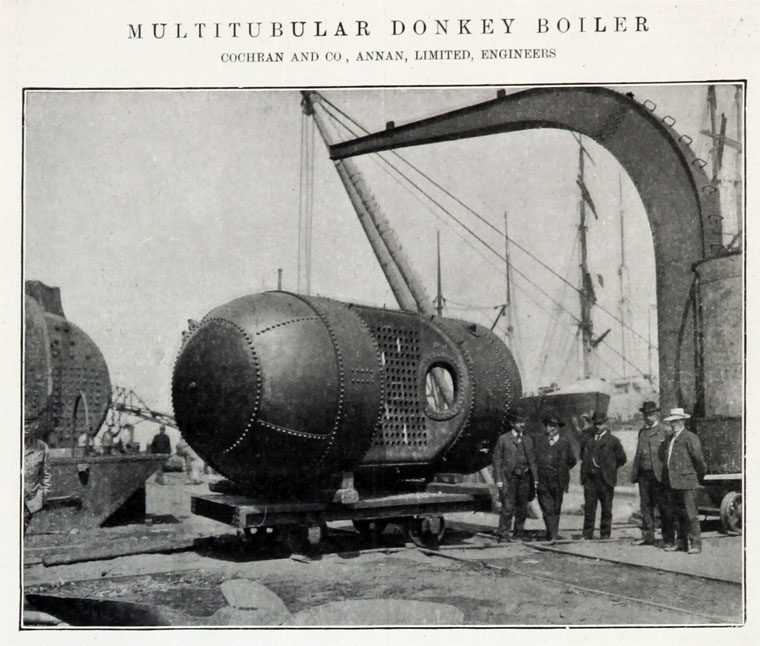 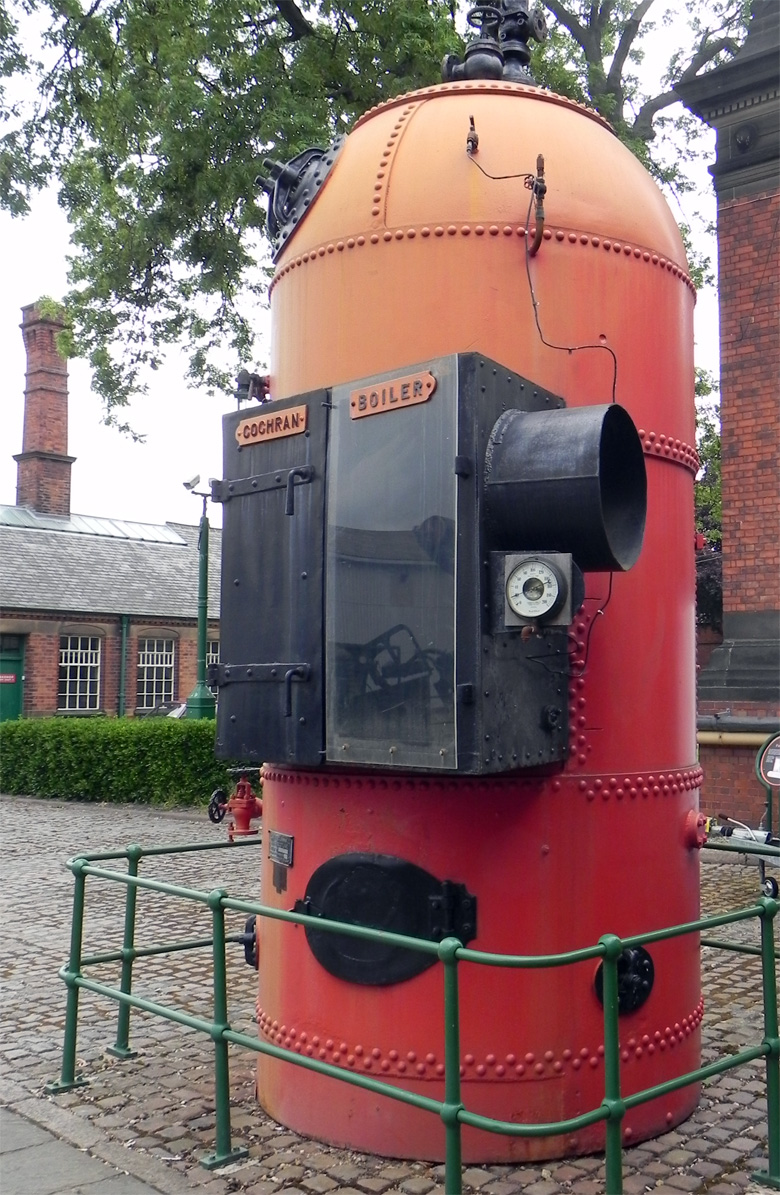 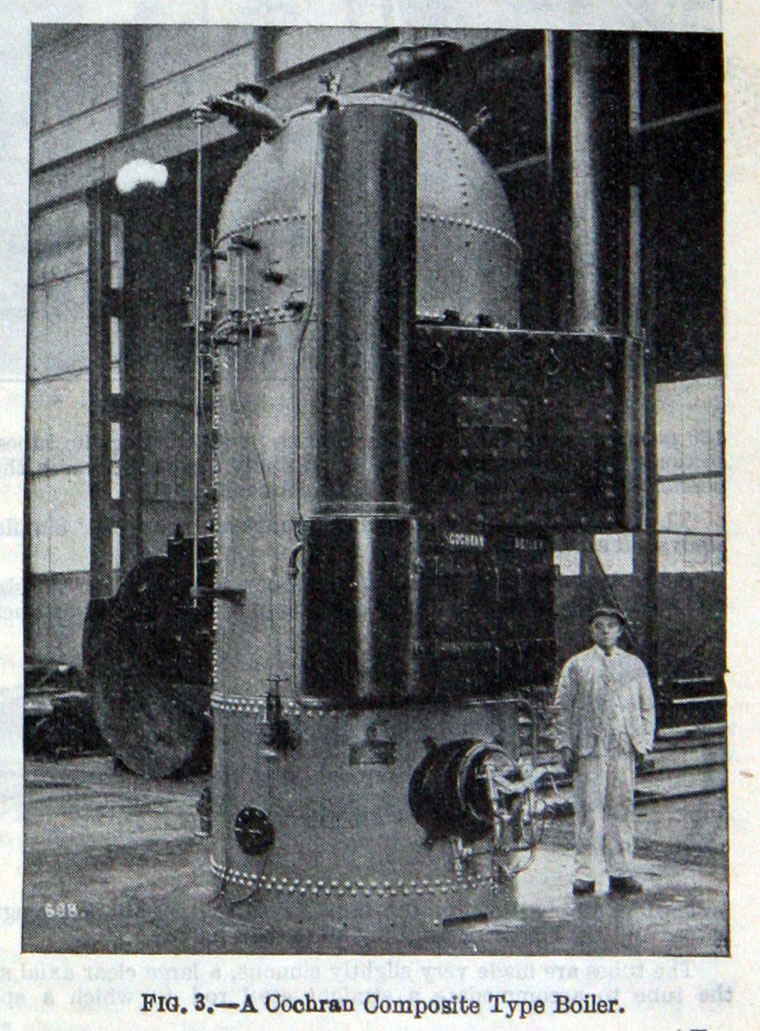 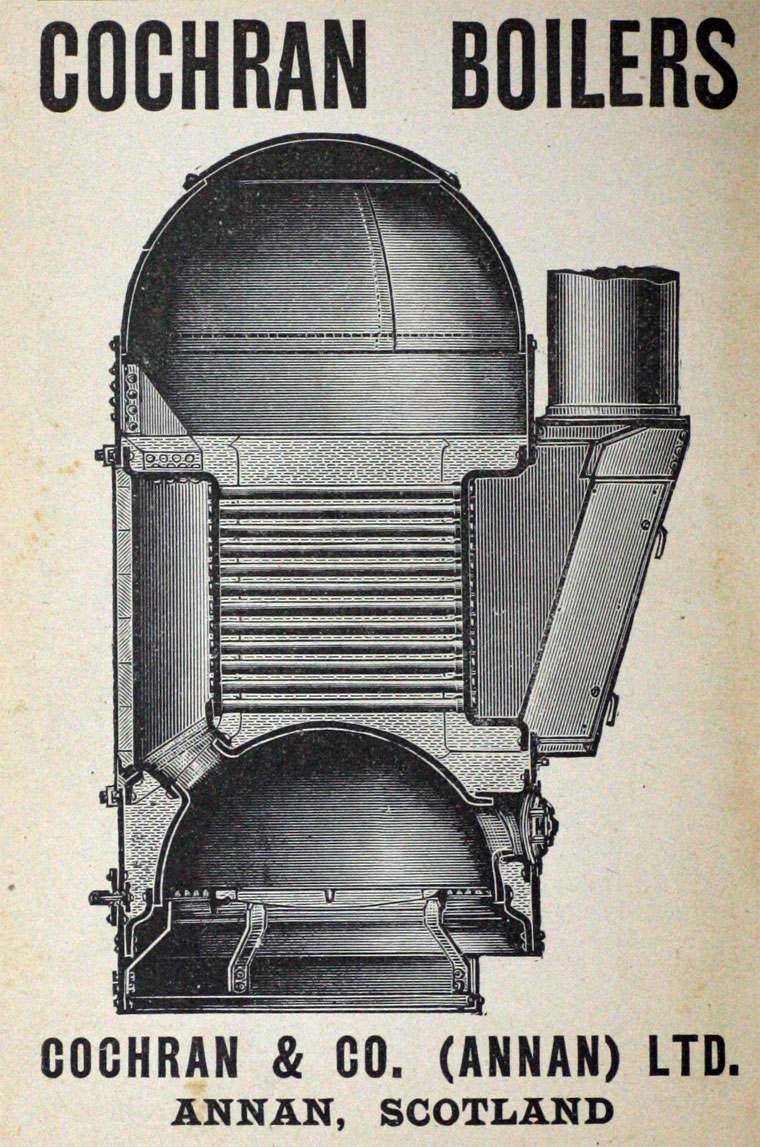 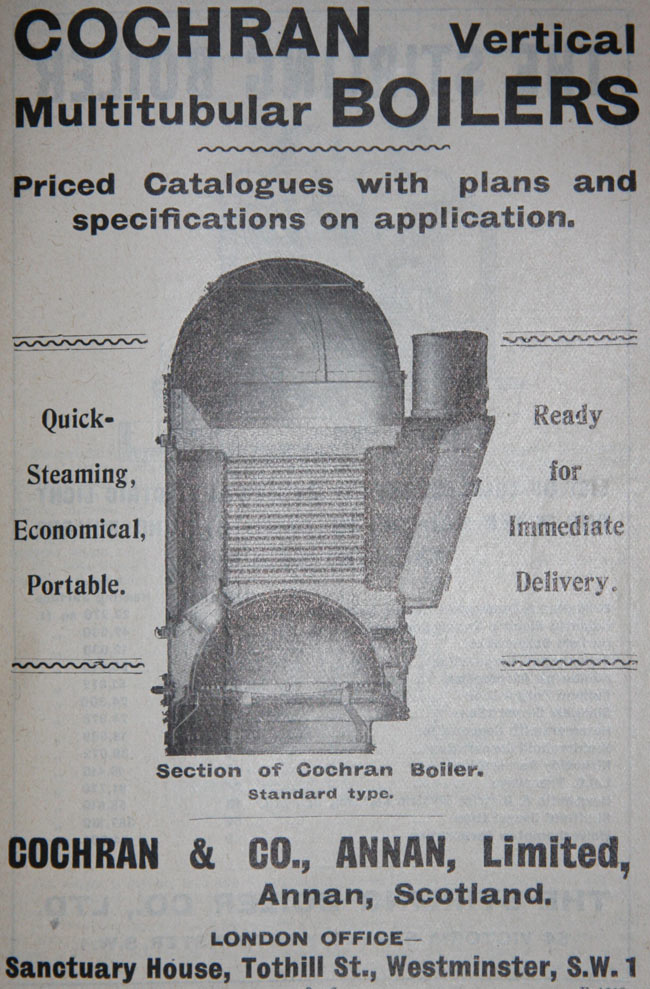 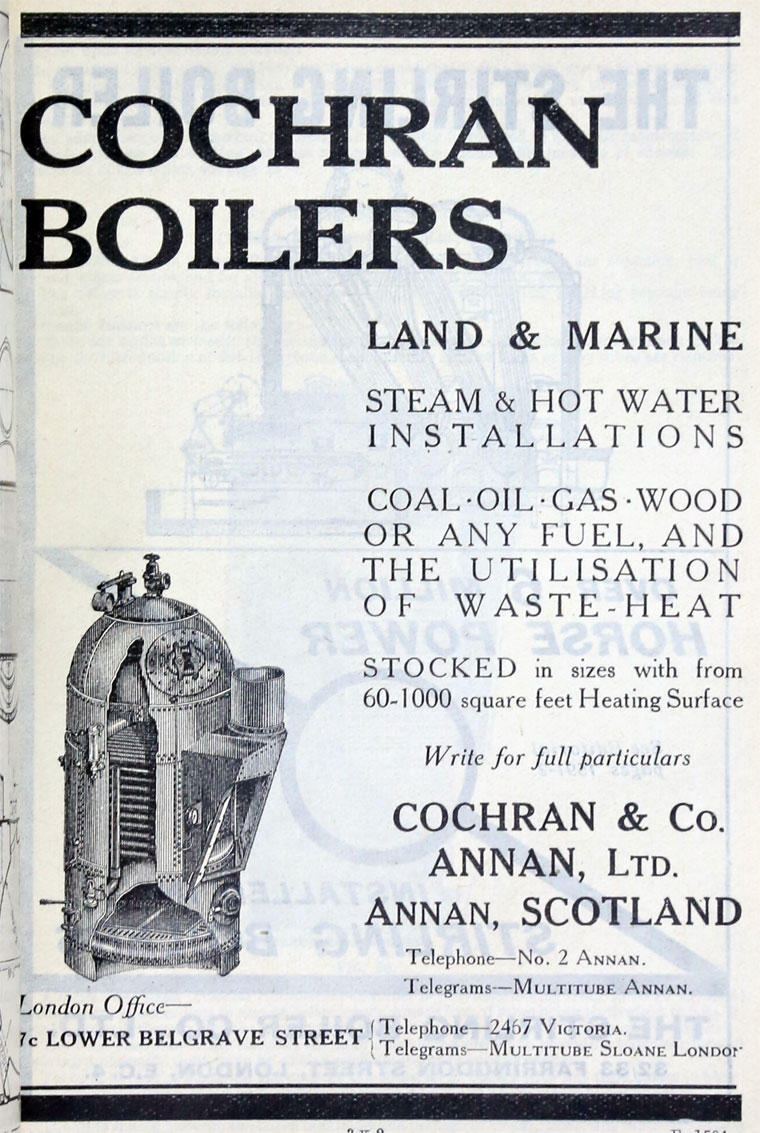 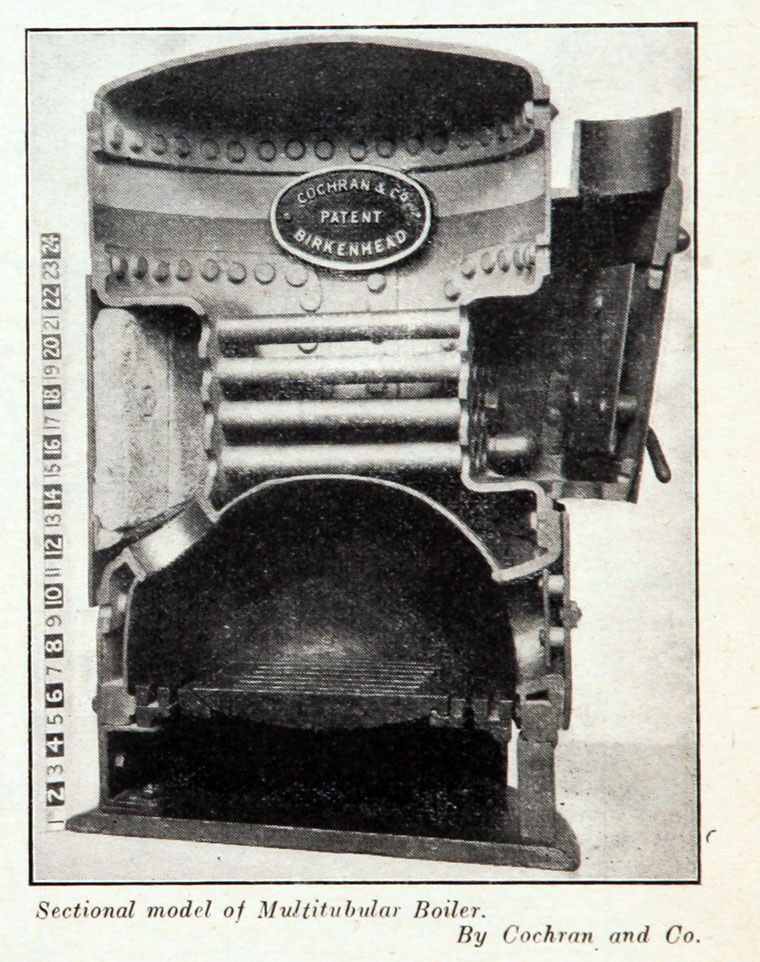 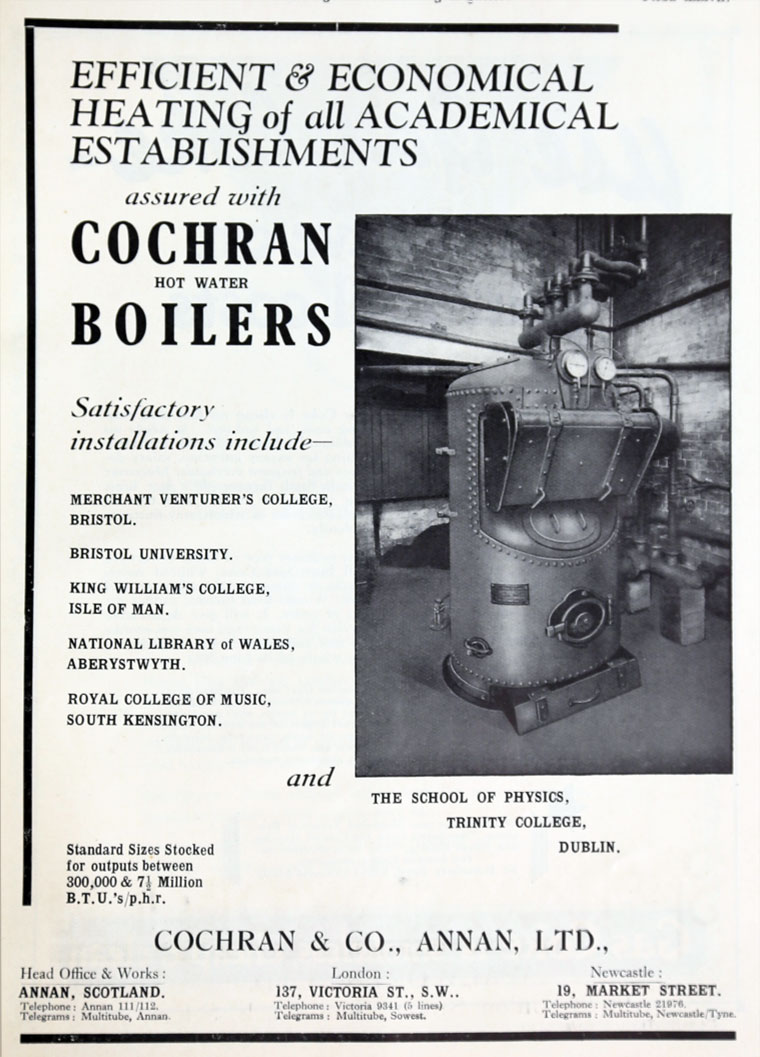 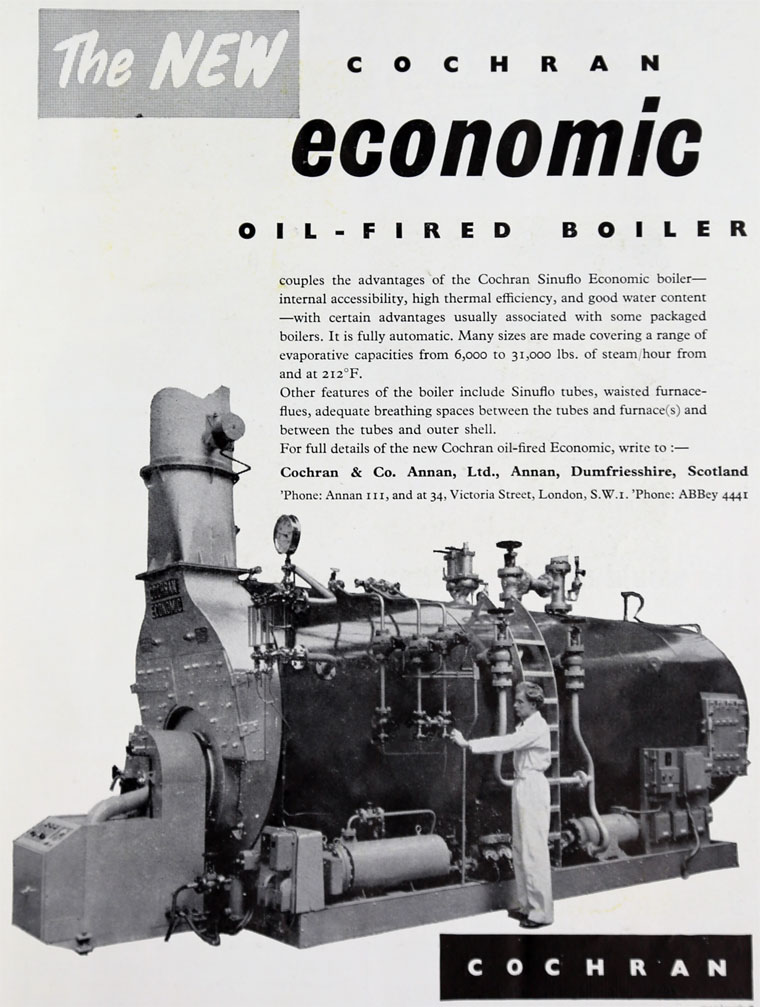 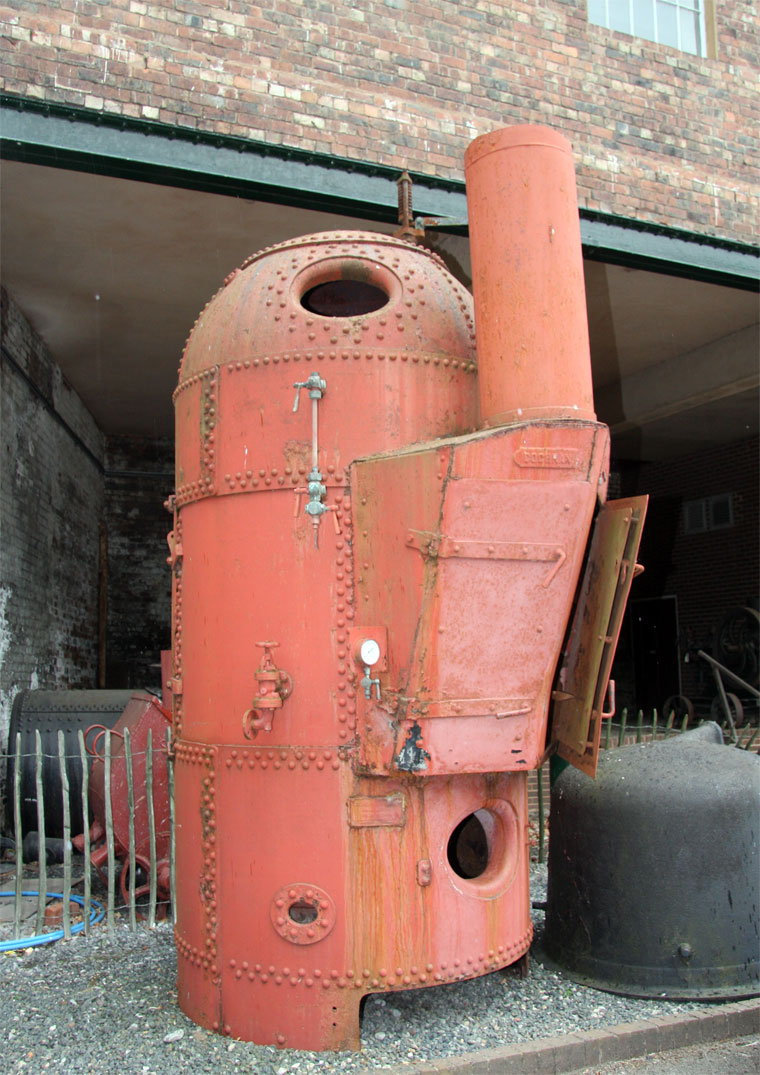 1937 Public company; shares offered for sale but not tradable on any stock exchange[4].

1964 Manufactured distillation column for Shell's Stannlow refinery which was delivered by floating it by sea.

1968 Acquired the shell boiler busines of Ruston and Hornsby; rights issue needed to pay for it[10].

1969 John Thompson took over Cochran and Co which would give them half of the UK market for industrial packaged boilers. Merged with Thompson's shell boiler business as Thompson Cochran[11].