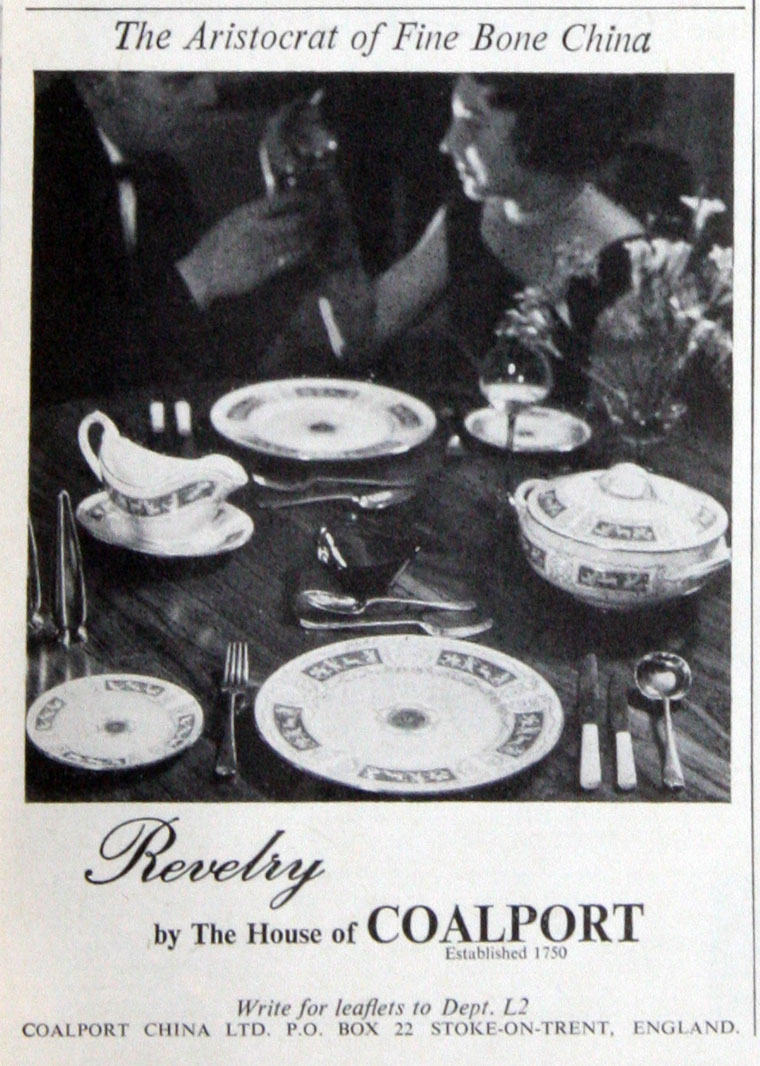 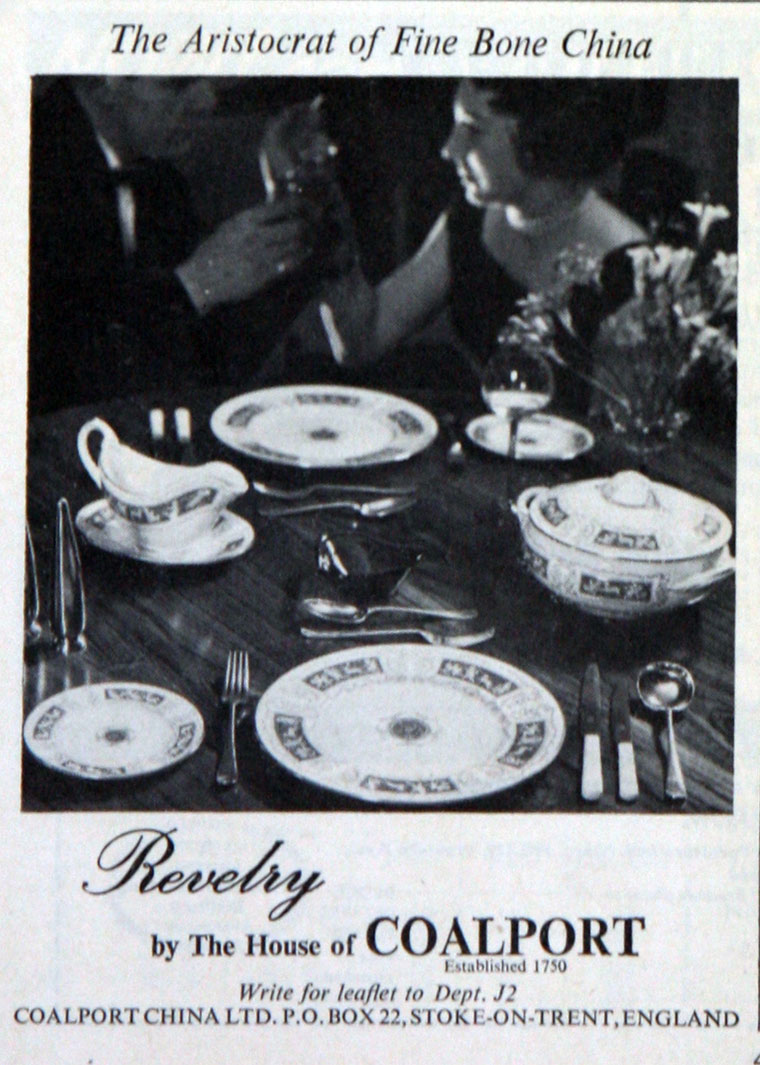 1926 Coalport Porcelain Works was acquired by Cauldon Potteries and moved to Shelton, Stoke-on-Trent.

At some point moved to the Crescent Works in Stoke.

1955 Mr Stanley Harrison, the owner, acquired Samuel Radford's factory at High Street, Fenton; the Coalport business was moved from Crescent Works to the factory at Fenton.

1958 Coalport was acquired by E. Brain and Co of the Foley Works.

1963 From this date E. Brain continued to be known as Coalport.

1985 moved to the Minerva Works in Park Street, Fenton.

2000 moved to a purpose-built facility at the main Wedgwood factory in Barlaston.