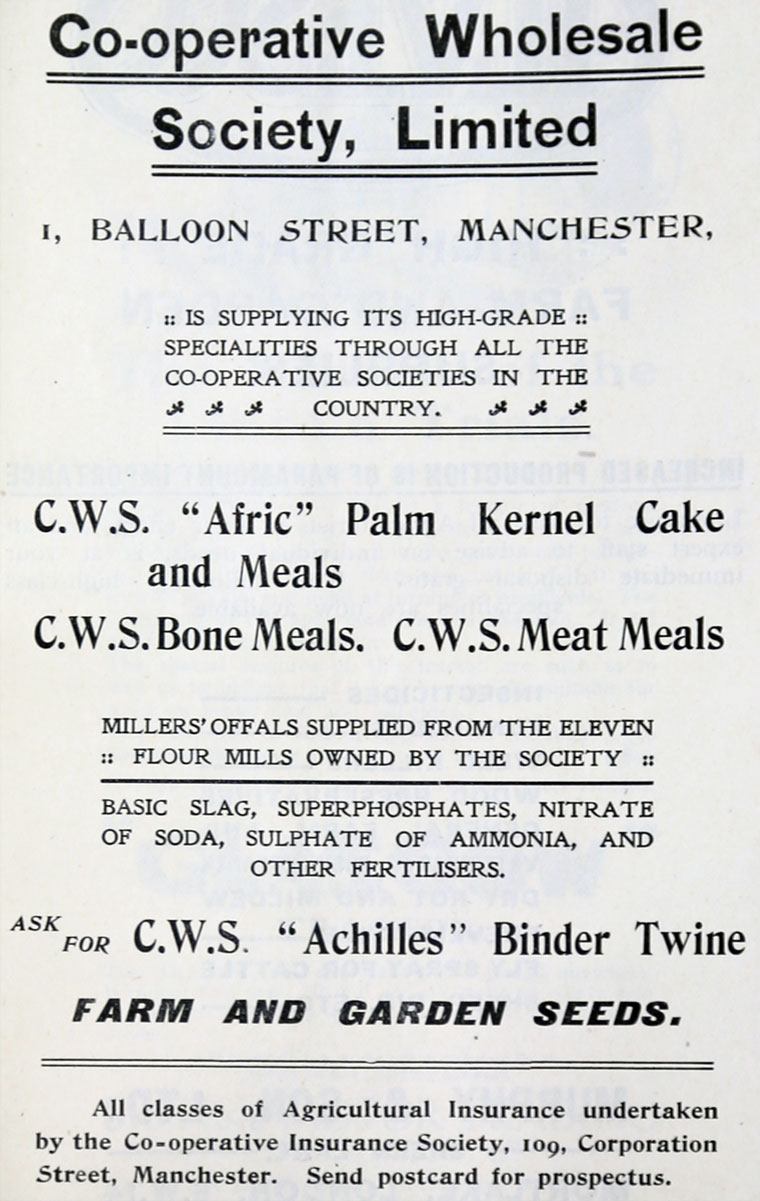 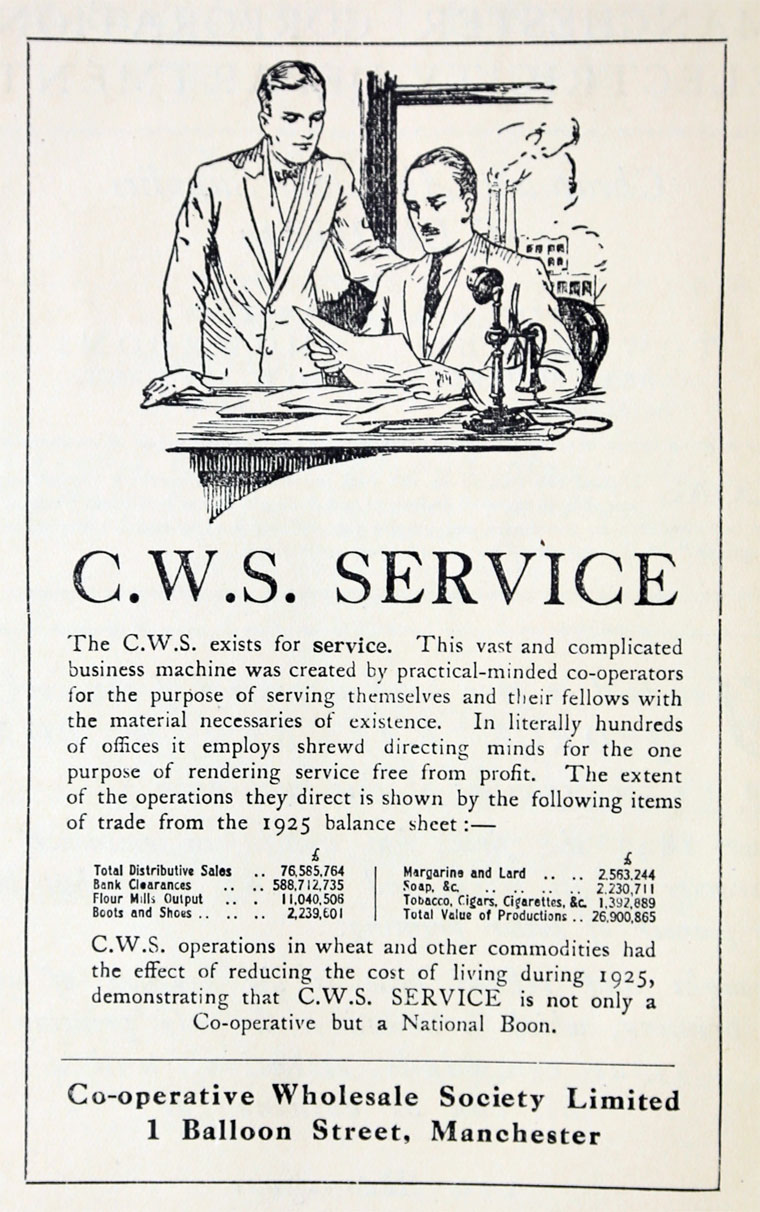 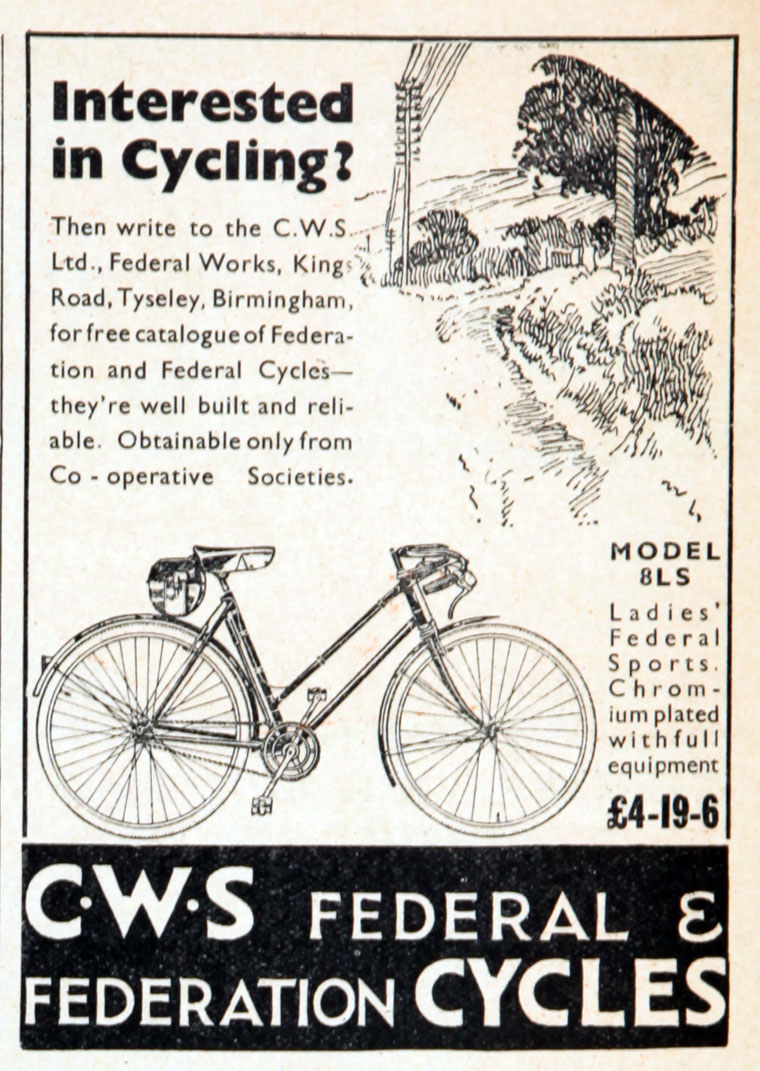 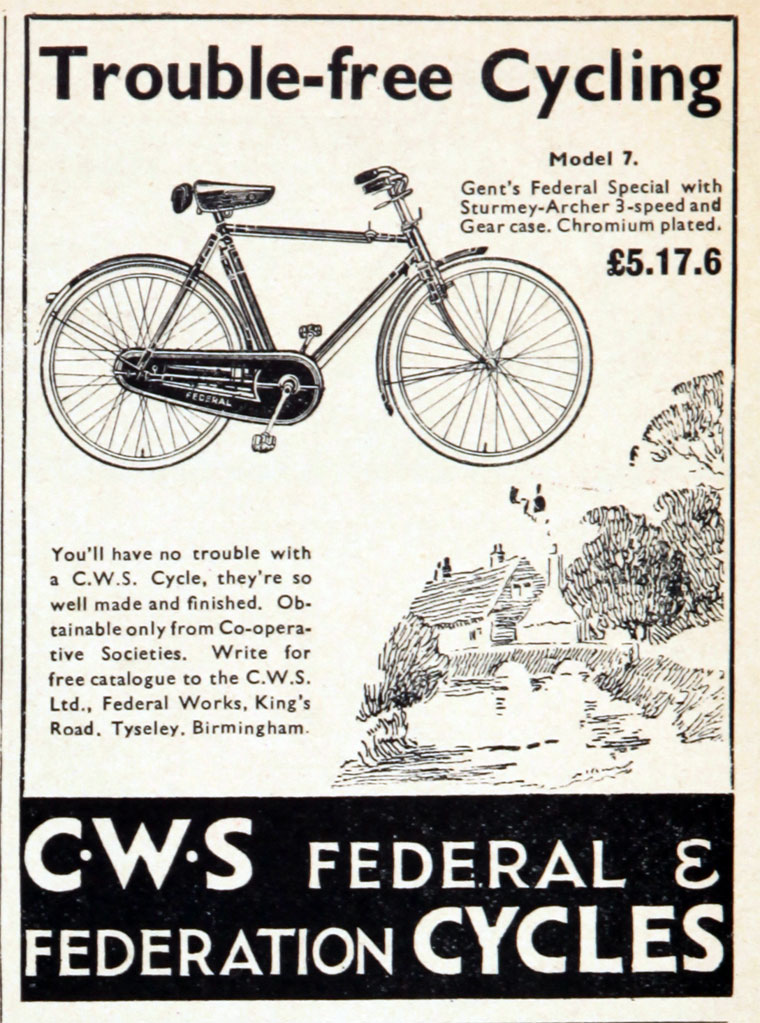 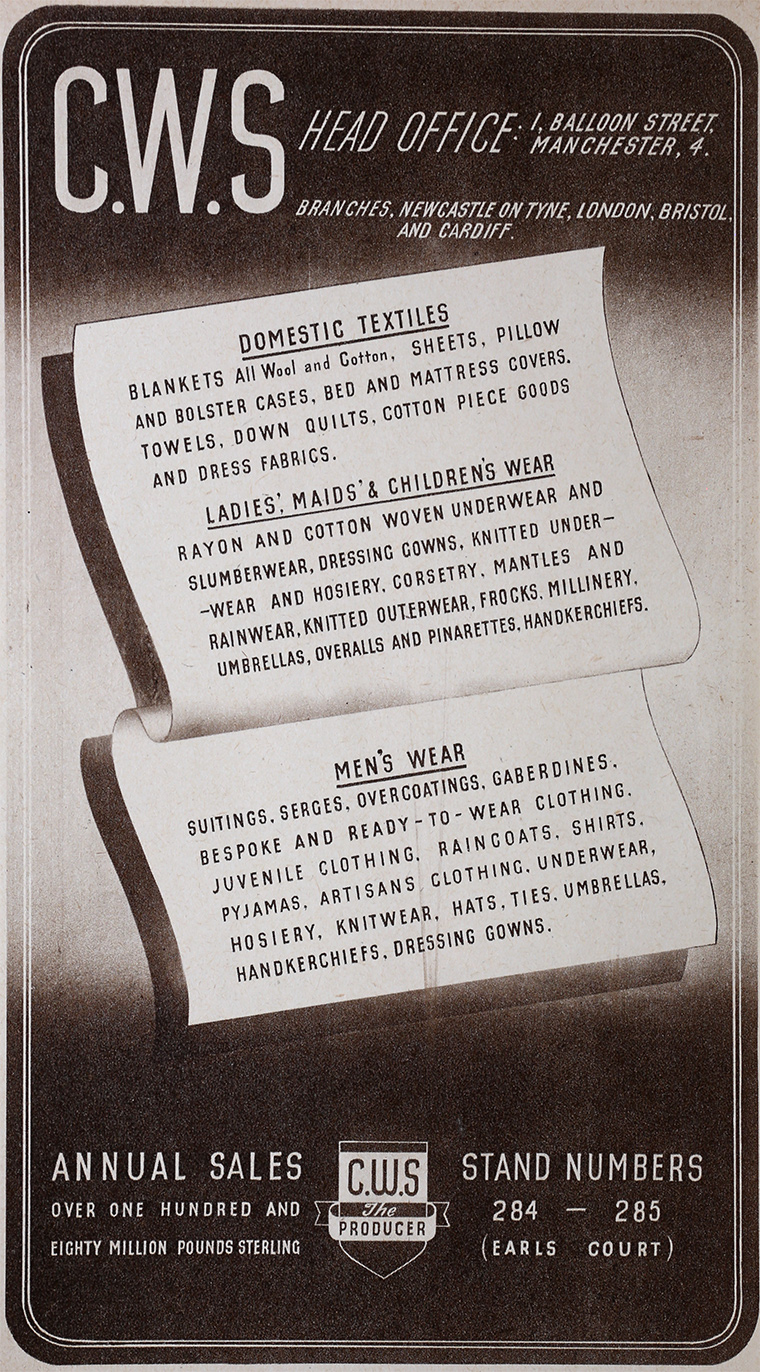 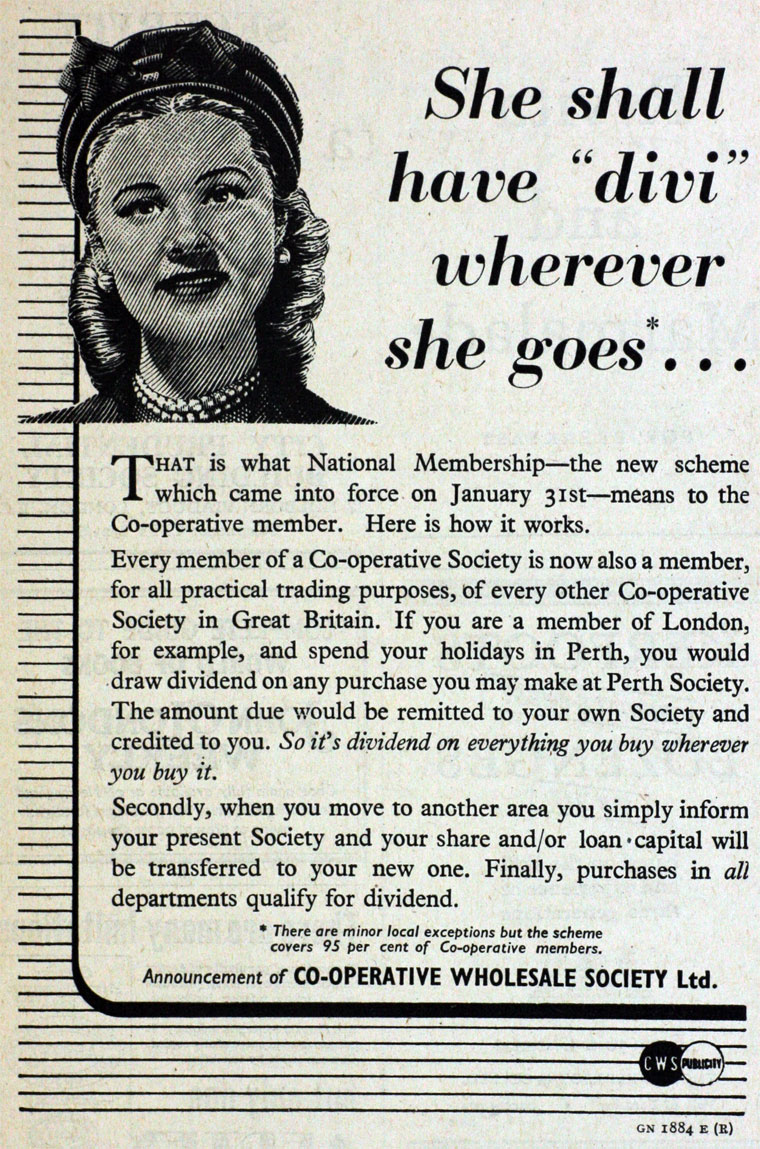 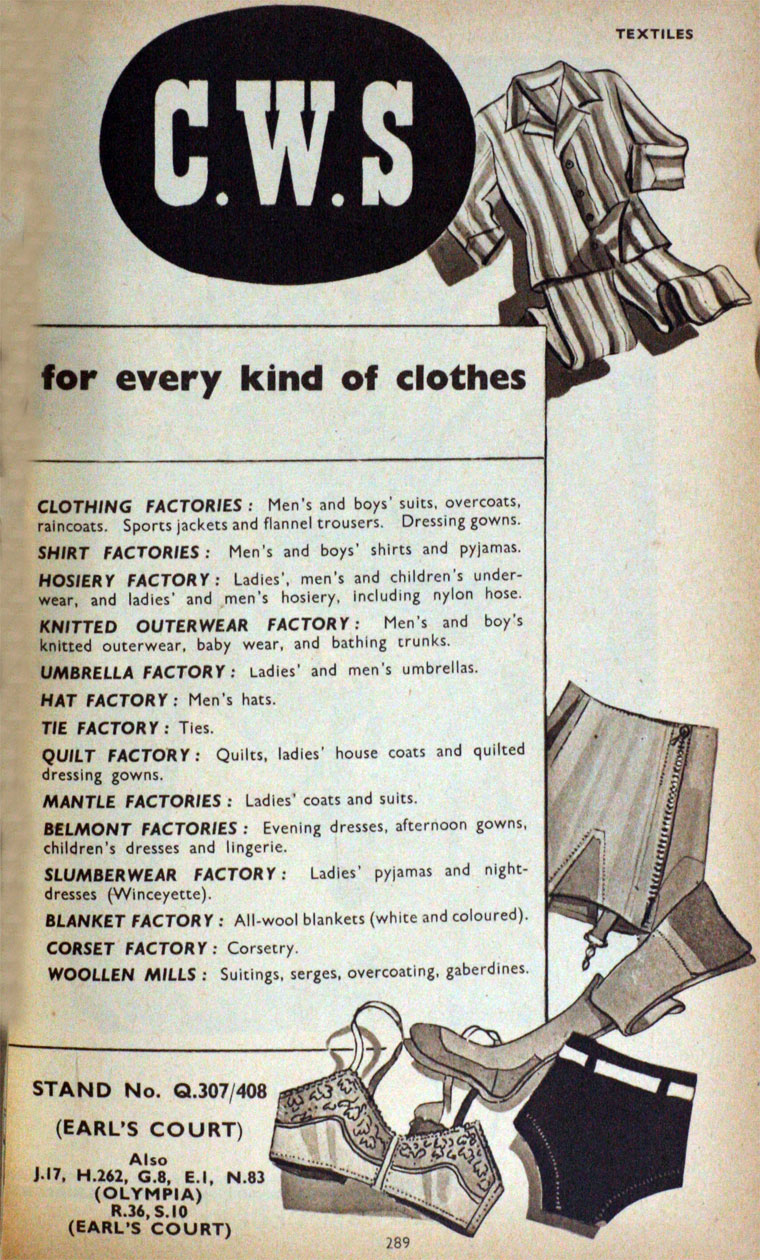 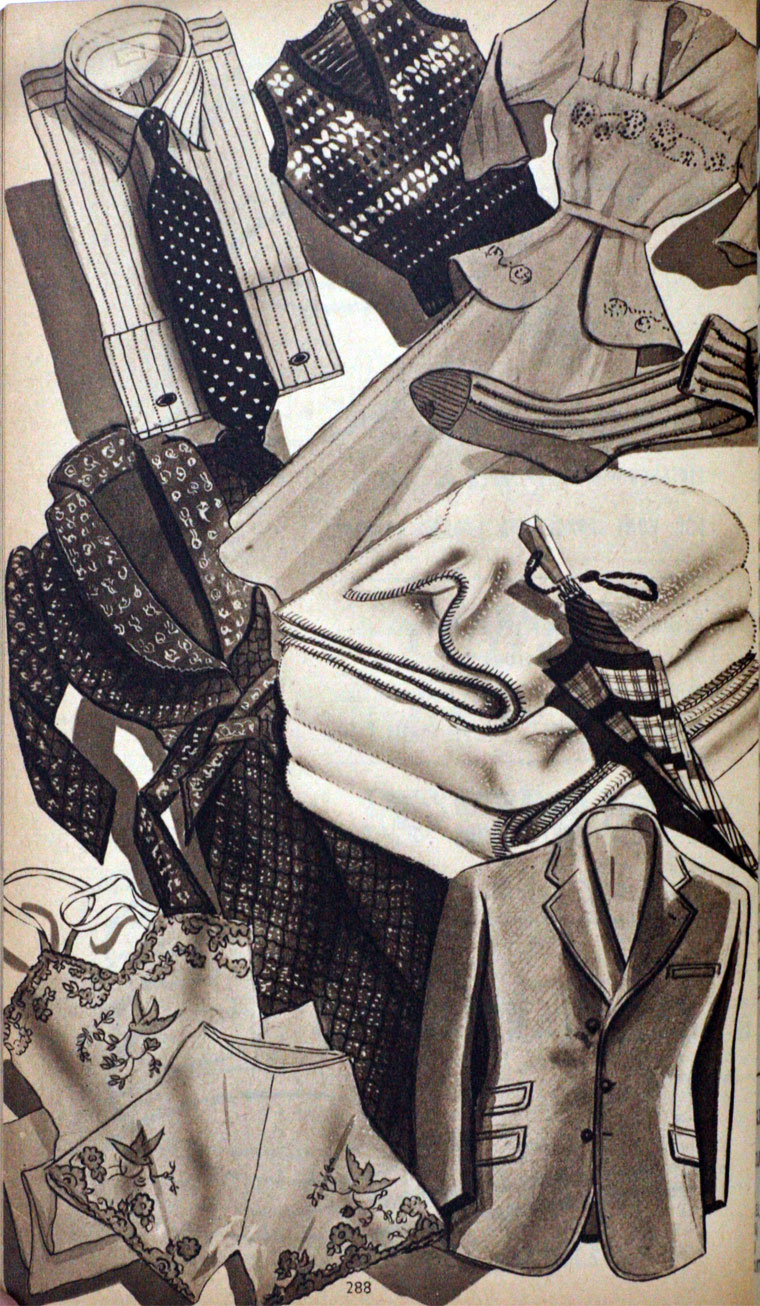 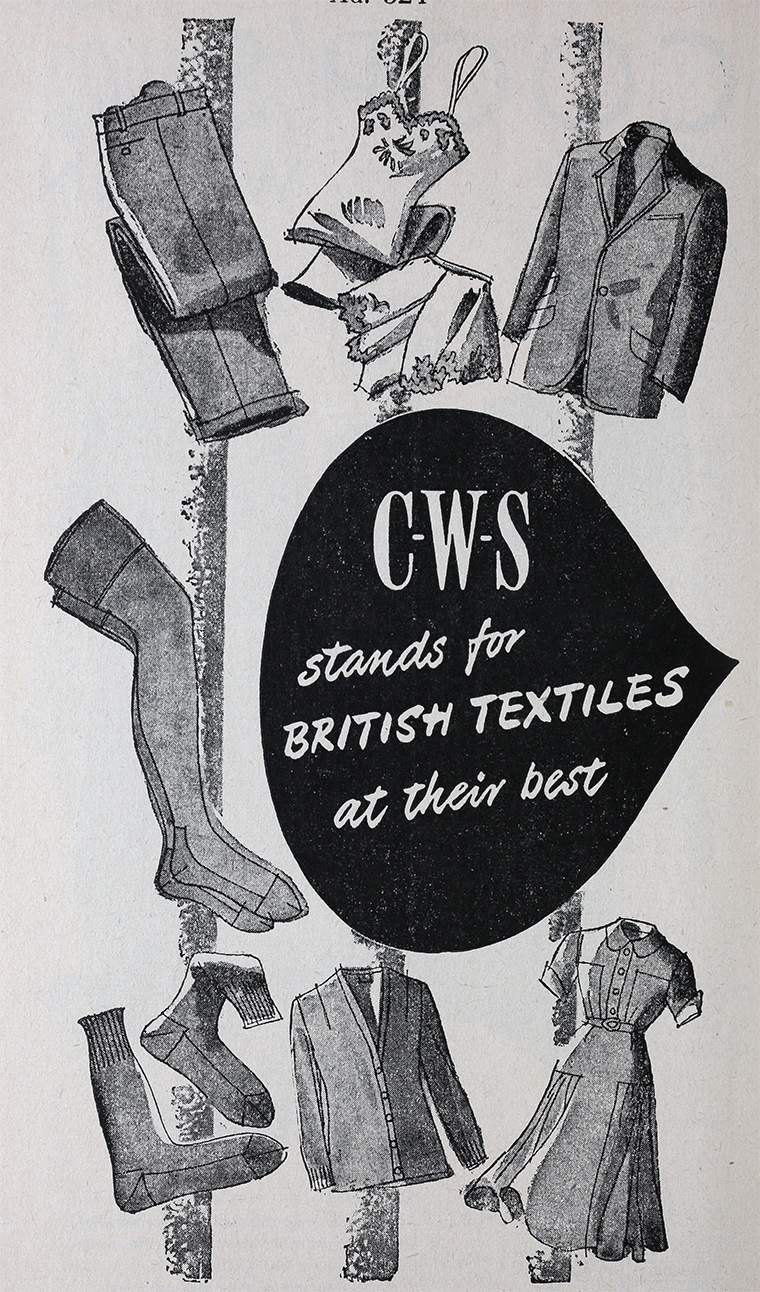 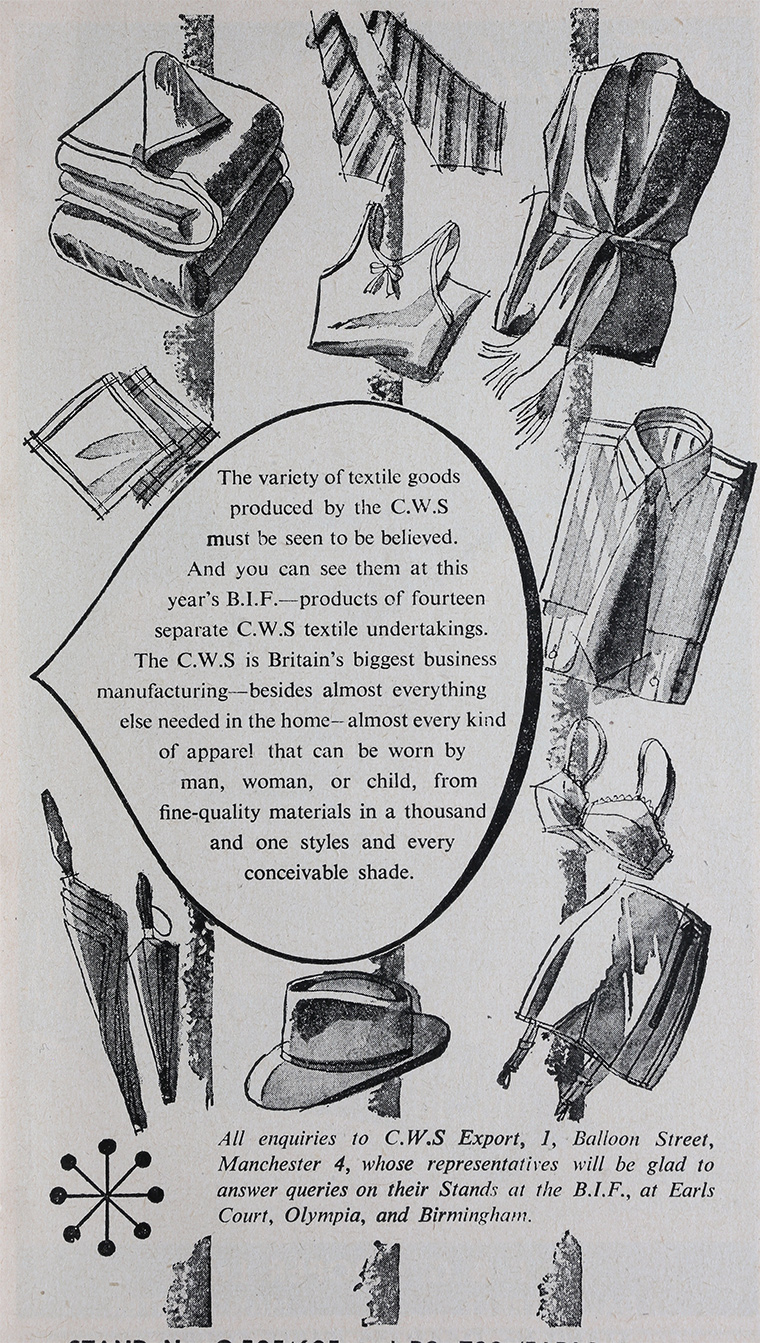 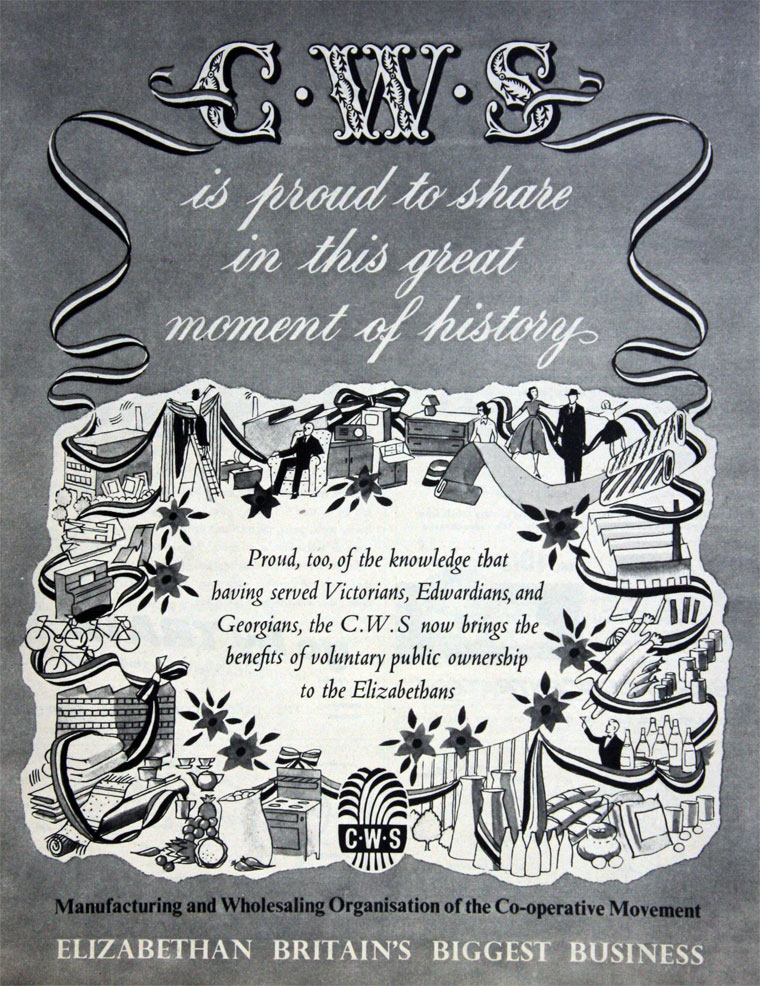 In 1863, twenty years after the Rochdale Pioneers opened their co-operative, the North of England Co-operative Society was launched by 300 individual co-ops across Yorkshire and Lancashire.

1864 The North of England Co-operative Wholesale Society was created to buy and manufacture goods for all the co-operatives.

The Co-operative Group formed gradually over 140 years, from the merger of many independent retail societies, and their wholesale societies and federations.

By 1872, after the North of England was dropped from the title, the society became known as the Co-operative Wholesale Society (CWS), based in Manchester.

Late 1880s: the annual turnover of the CWS exceeded £6 million, its warehouse at Manchester was a small town, and it was administering nearly £1 million of funds in shares, loan capital, and reserve.

By the late 1890s the CWS employed 8407 people, working in the distributive departments and in the bank as well as in the productive works and services.

1969 Pulled out of the paint market and ran down its Derby factory; International Paint was contracted to supply paint for CWS[3]

1970 CWS bought into J. W. French and Co (owned by J. Lyons and Co), merging the milling and baking activities of the 2 companies[4]

Through the 20th century, smaller societies merged with CWS, such as the Scottish Co-operative Wholesale Society (SCWS) (1973), and the South Suburban Co-operative Society (1984).

The CWS had a foundry in Keighley, whose products included 'Provident' mangles.

Soap and other domestic products