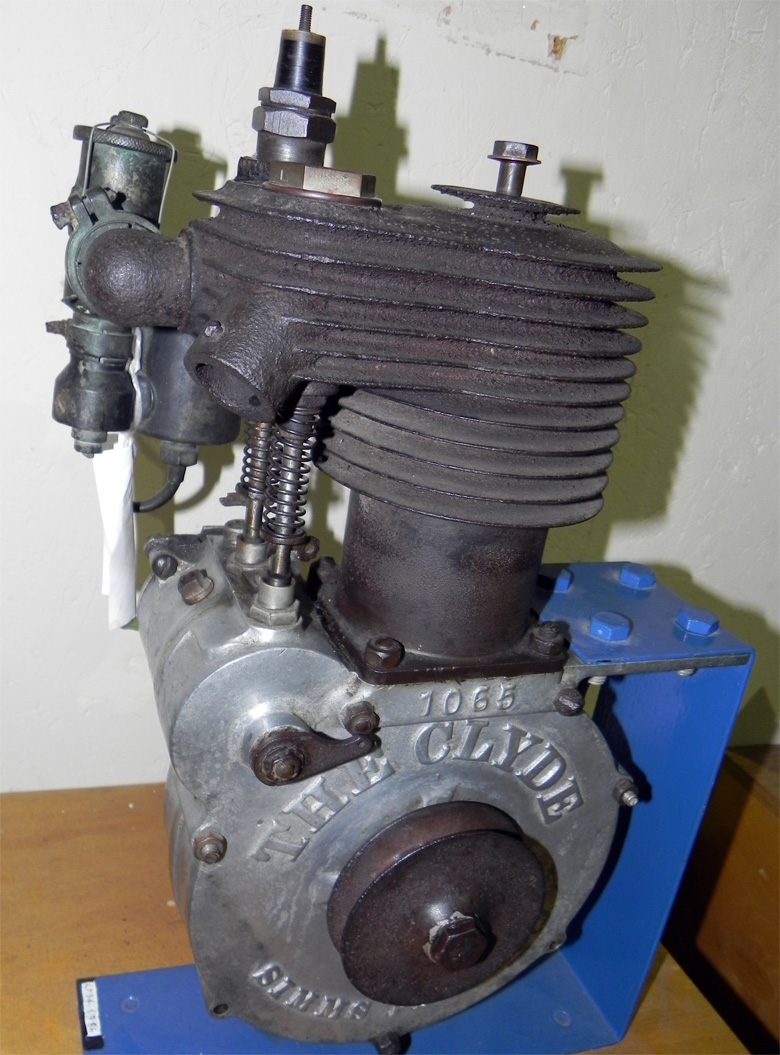 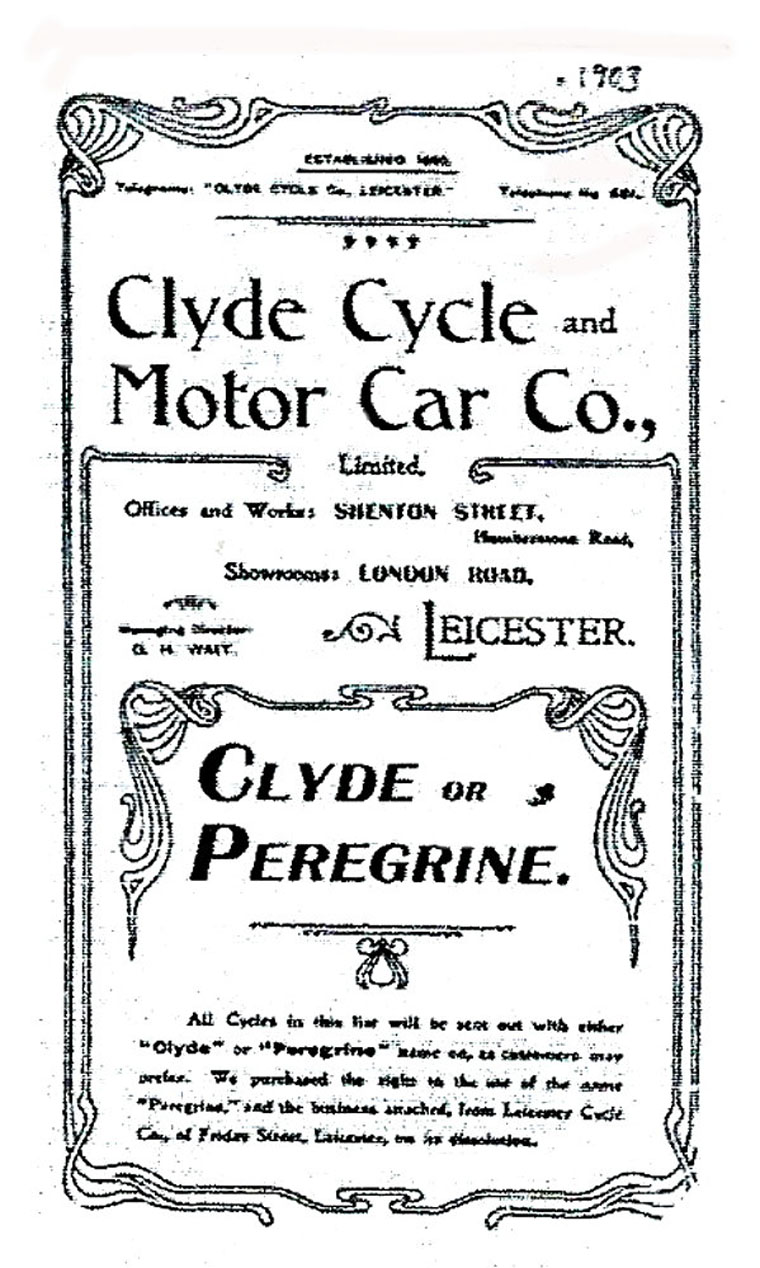 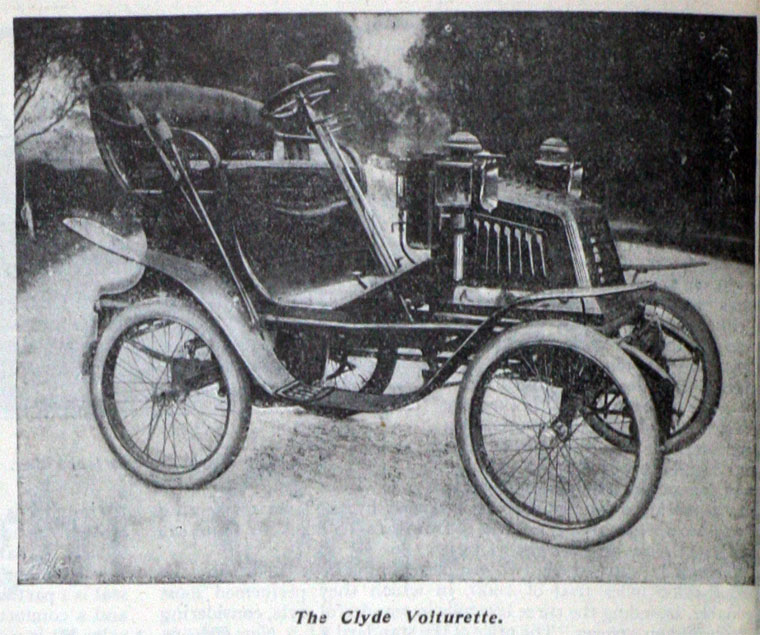 An automobile manufactured in the UK

Clyde were motorcycles produced from 1900 to 1926, by Clyde Cycle and Motor Car Co and then by G. H. Wait and Co of Queen Street, Leicester, who also built a few cars.

1900 The motorcycles were typically primitive. The engine was mounted vertically in a loop frame with braced forks.

1904 There were two engine powers available with magneto ignition and also a forecar with a water-cooled engine.

1906 They now had a V-twin and were using sprung forks.

1910 White and Poppe or JAP engines were fitted.

1911-1915 Only JAP engines were used with a variety of transmissions.

1919 Production started again, post-war, with a single and a V-twin - both with four speeds and chain drive.

1924 Both models reduced to three speeds for the next couple of years.