The four inner ribs have a bulb section at the top, inverted T at the bottom. 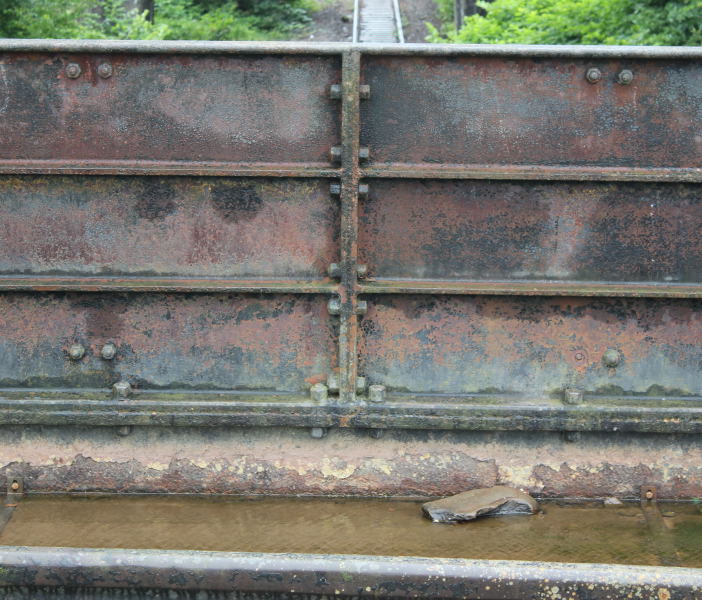 Having been forced to cross the railway, the brook is taking its revenge

Blind arches in the masonry abutment. Road bridge beyond

An unusual cast iron aqueduct carrying Clydach Brook over the former Neath Valley Railway line from Neath to Aberdare. Located in the centre of Resolven, immediately alongside Commercial Road (B4434).

The are six main girders with broad bottom flanges. The flanges support 20 floor plates, four to each pair of girders. They are bolted to the webs of the girders via upturned flanges, and are bolted to each other via flanges. In addition, the plates each have five shallow fish-bellied ribs on the underside. 27 ft span, 23 ft wide.

Note that there is another unusual iron aqueduct in Resolven, taking a stream over the Neath Canal - see Farmer's Arms Aqueduct.