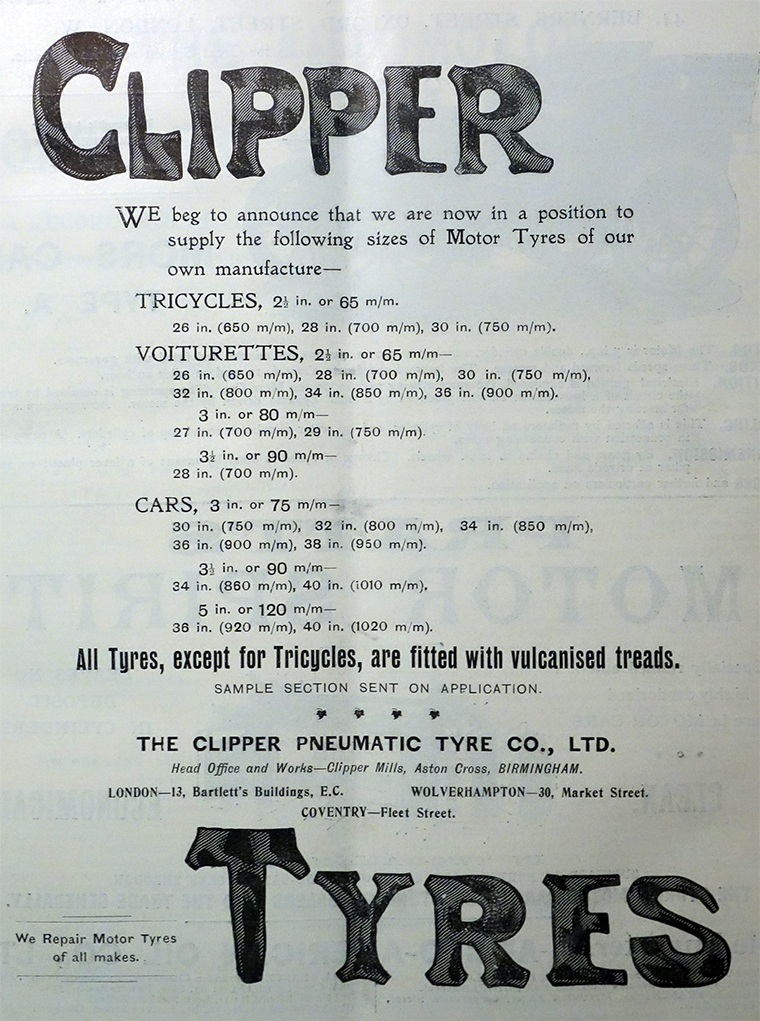 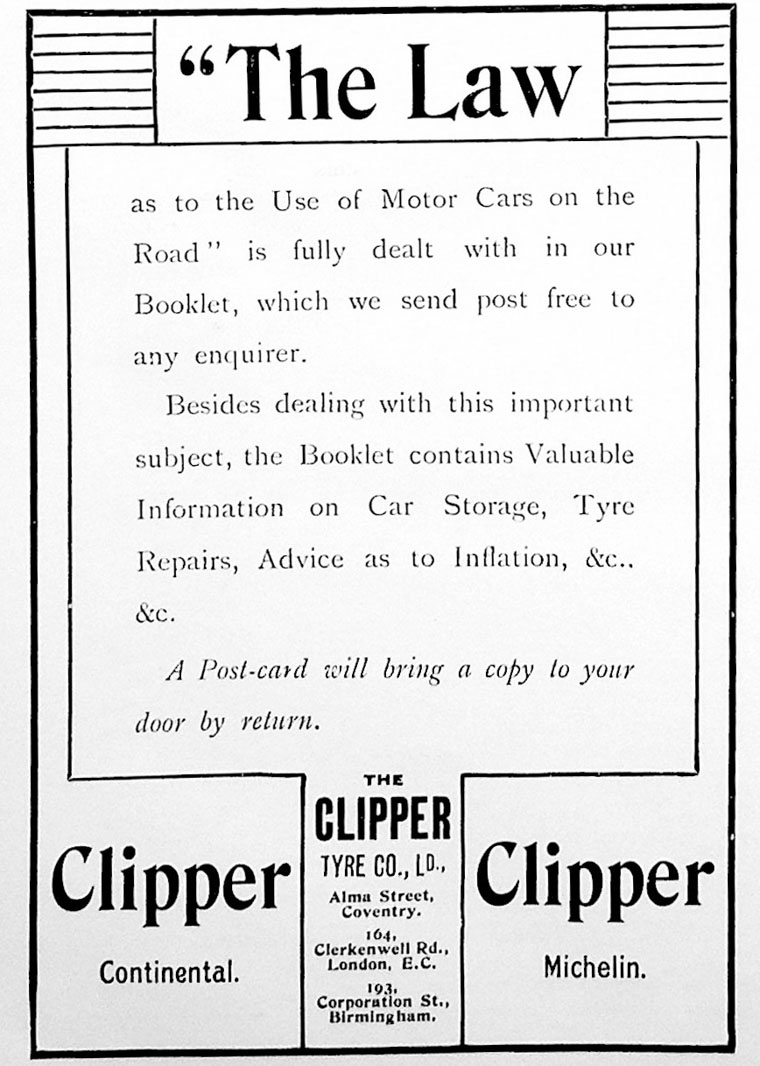 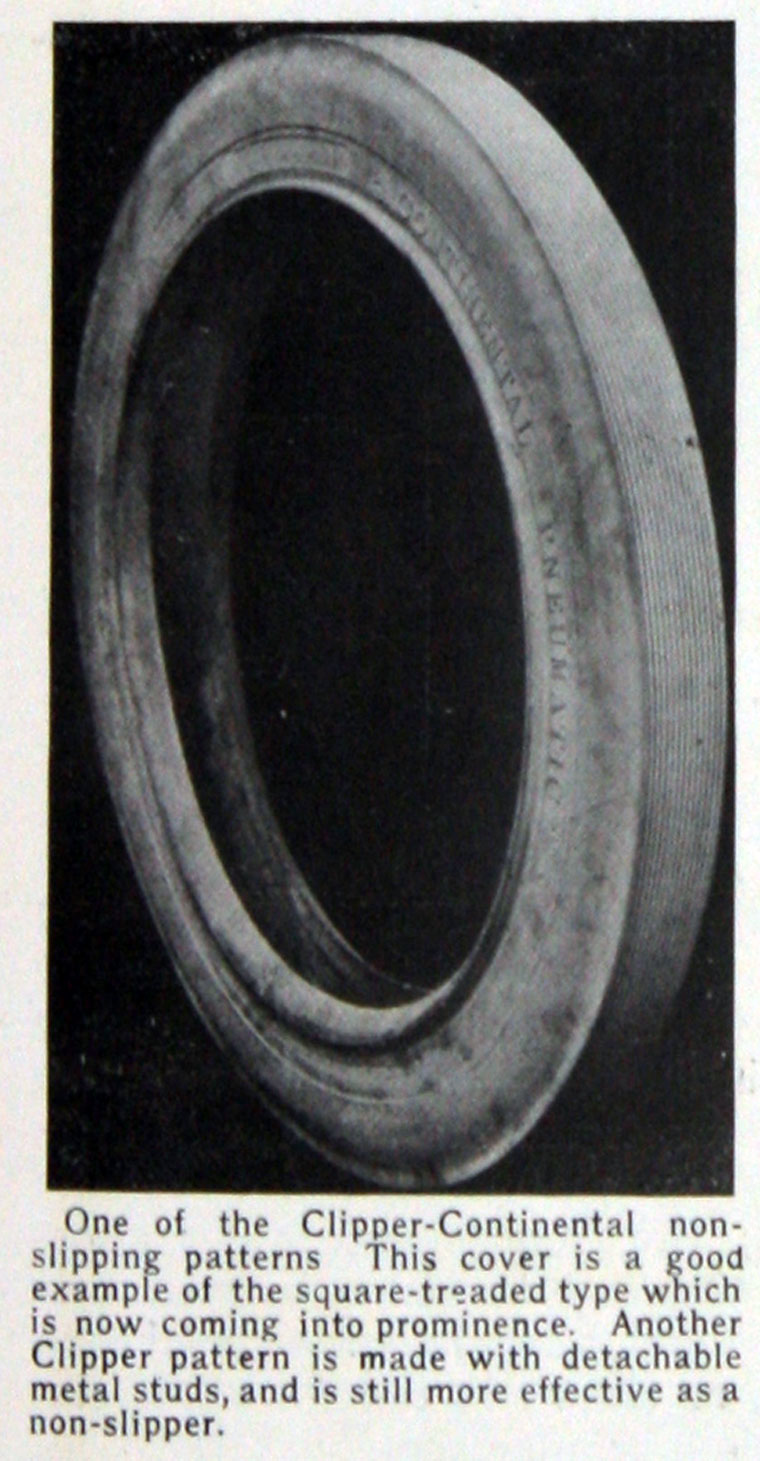 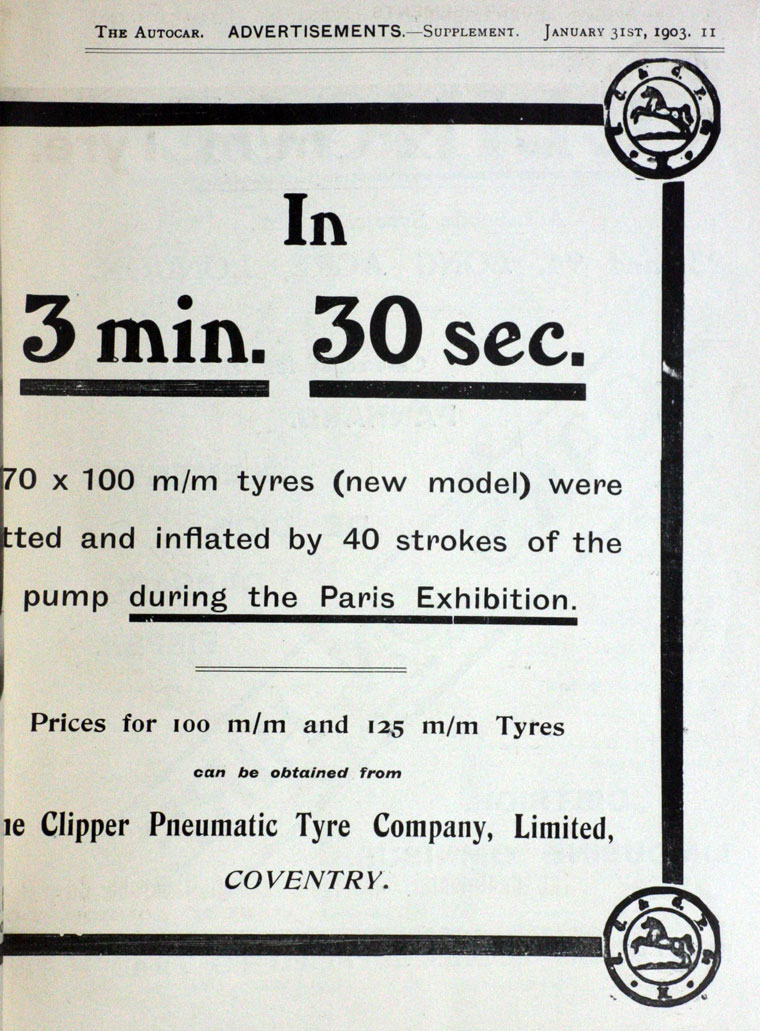 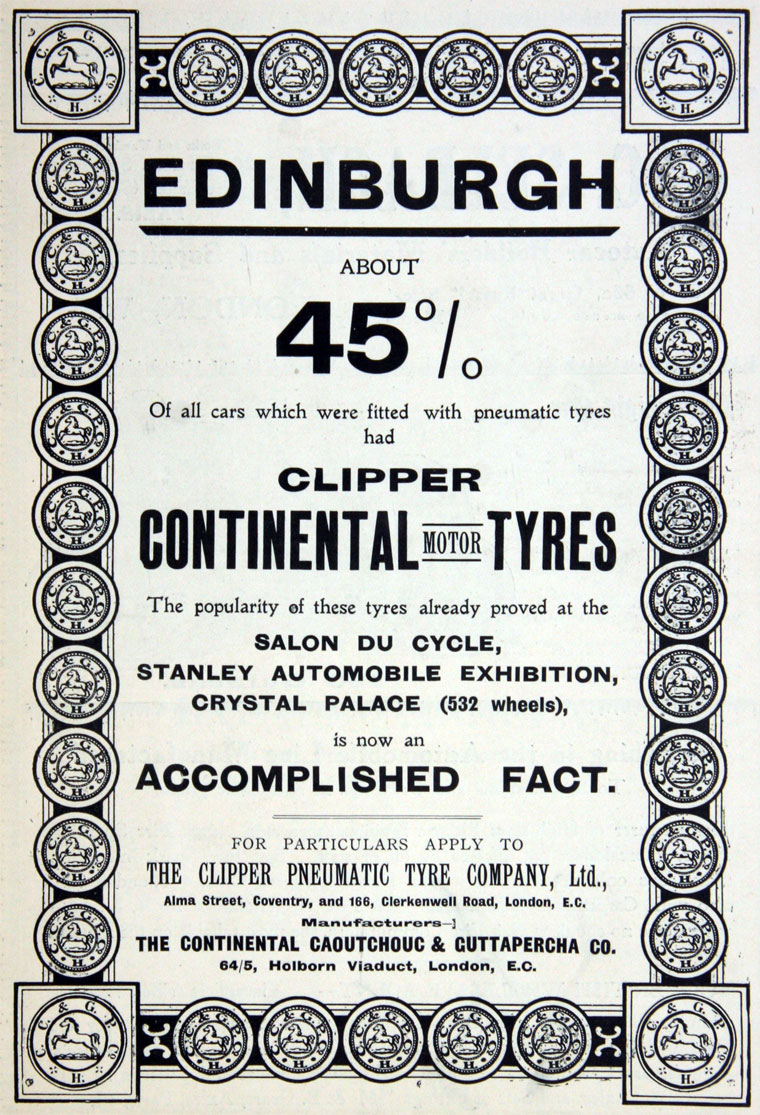 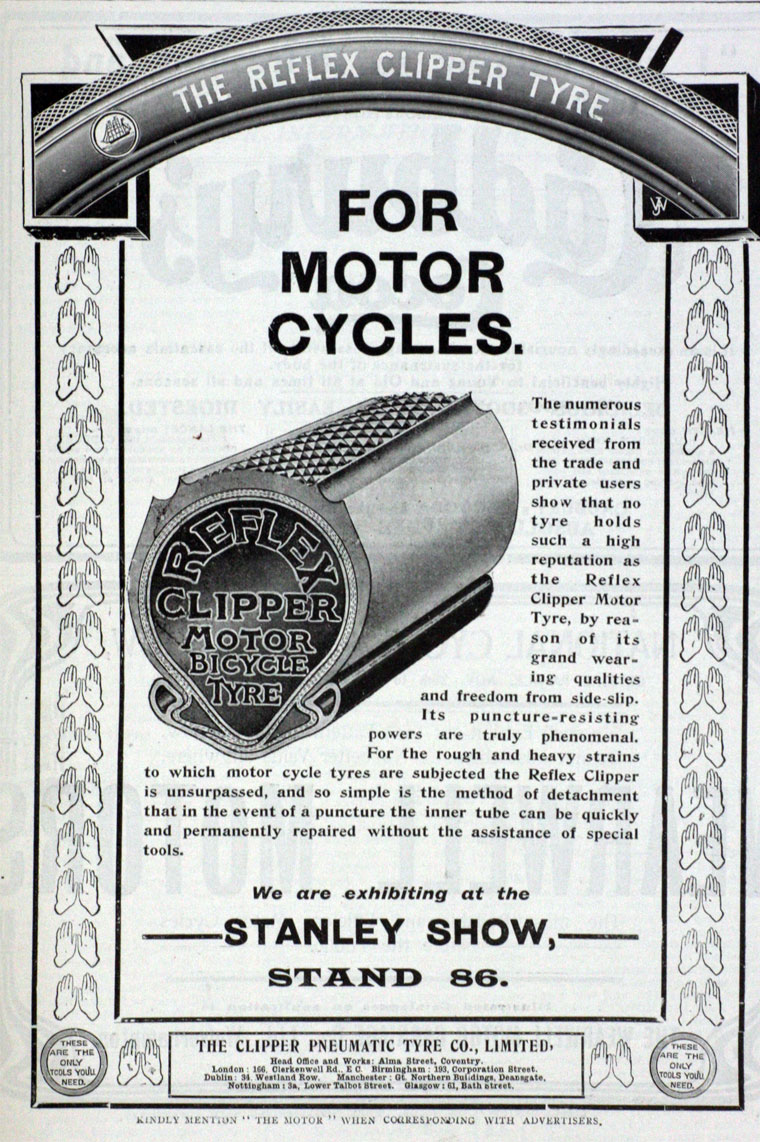 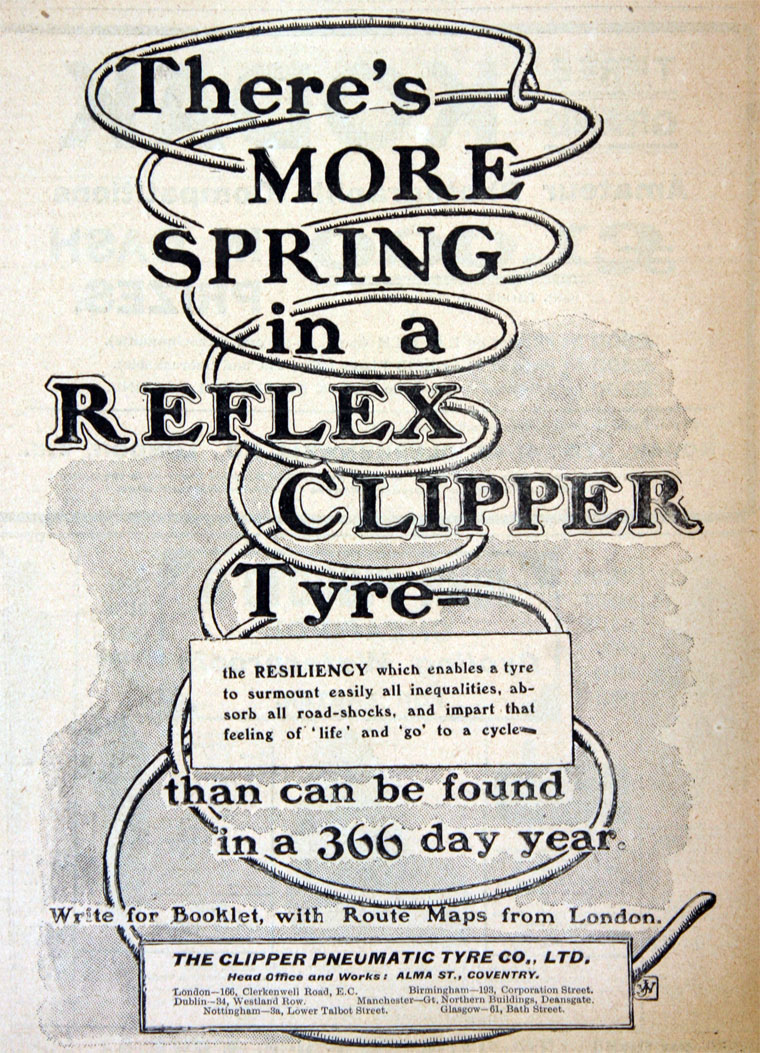 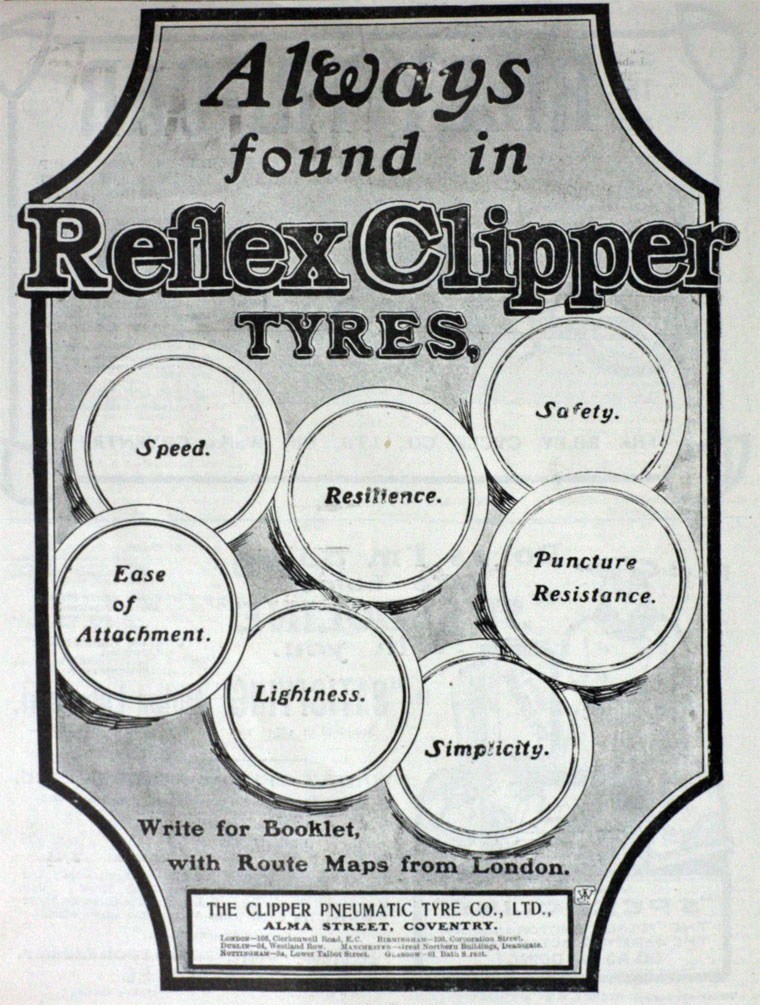 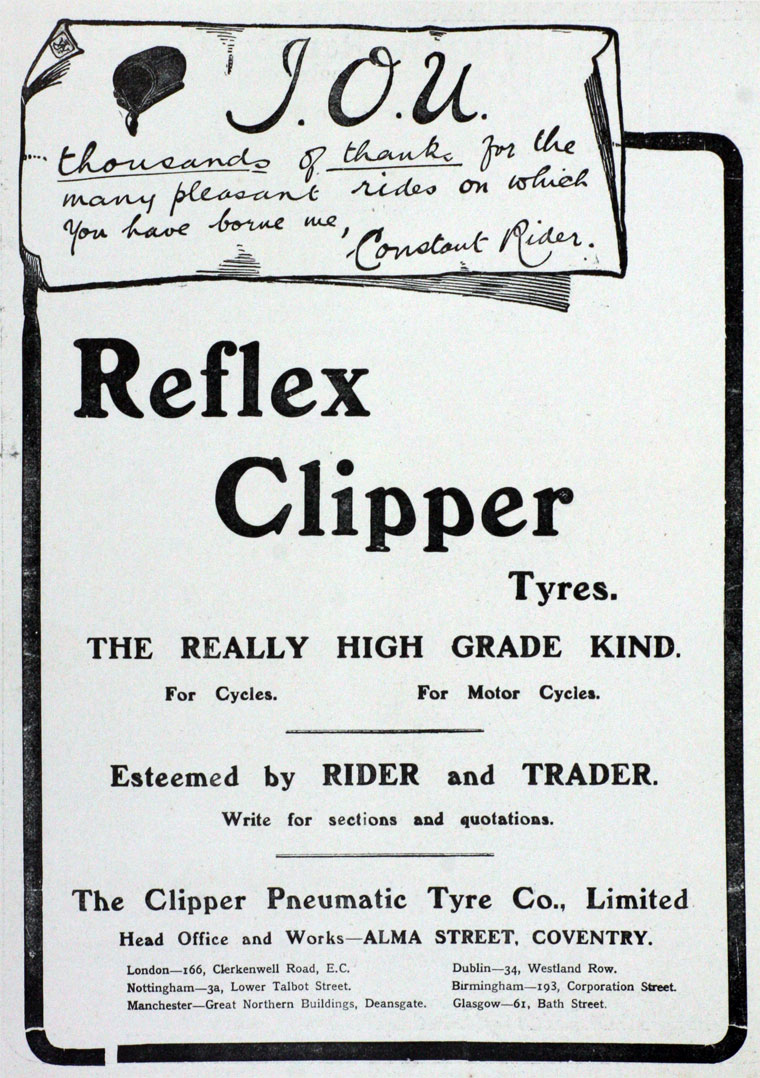 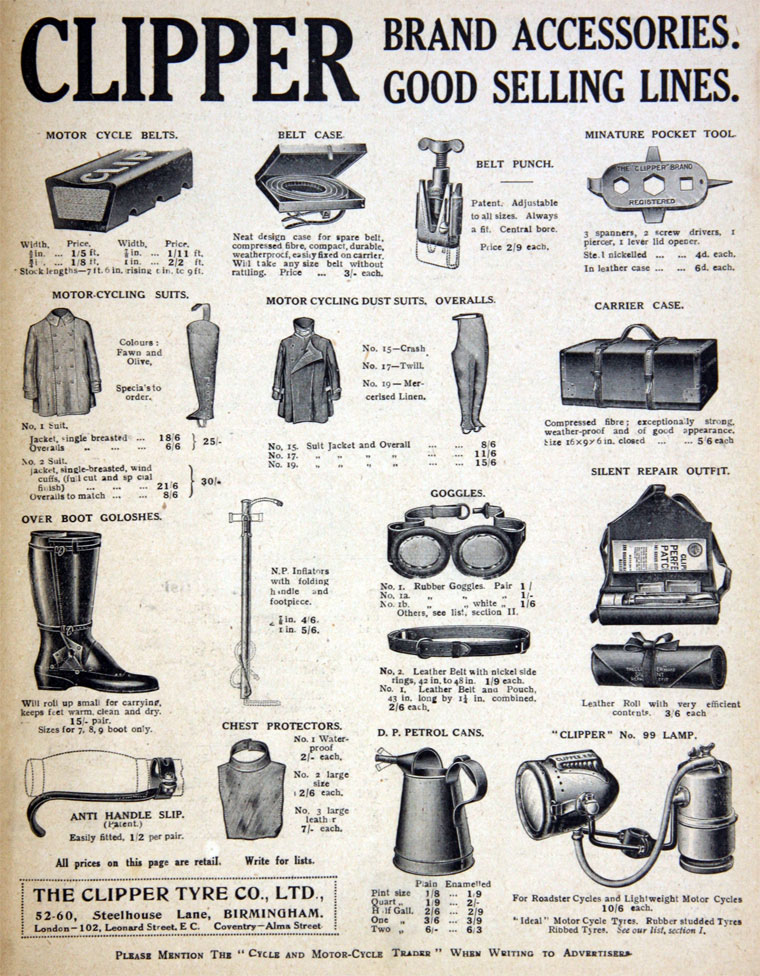 John Davenport Siddeley was sent by Dunlop Pneumatic Tyre Co to be their representative in Coventry. Realising the potential of the pneumatic tyre for giving added comfort to wheeled vehicles he started importing continental tyres; this was possibly the first of the 'quick fit' tyre companies.

In order to publicise his products Siddeley undertook and organised a marathon cycle ride from Lands End to John O'Groats, his main part in this venture was to make sure everything ran smoothly rather than ride all the way himself, and he could be seen carrying his own design lightweight bicycle over his shoulder and brief case in his hand at various railway stations on route, either joining the ride or going on ahead to make sure accommodation was ready and sending telegrams to newspapers so as to get maximum publicity. It would indicate that he was 100 years before his time in being his own Spin Doctor!

1903 The tyres were made by the Continental Caoutchouc and Guttapercha Co (see advert).

1904 The Clipper Tyre Co was registered on 15 March, in reconstruction of the Clipper Pneumatic Tyre Co[3]