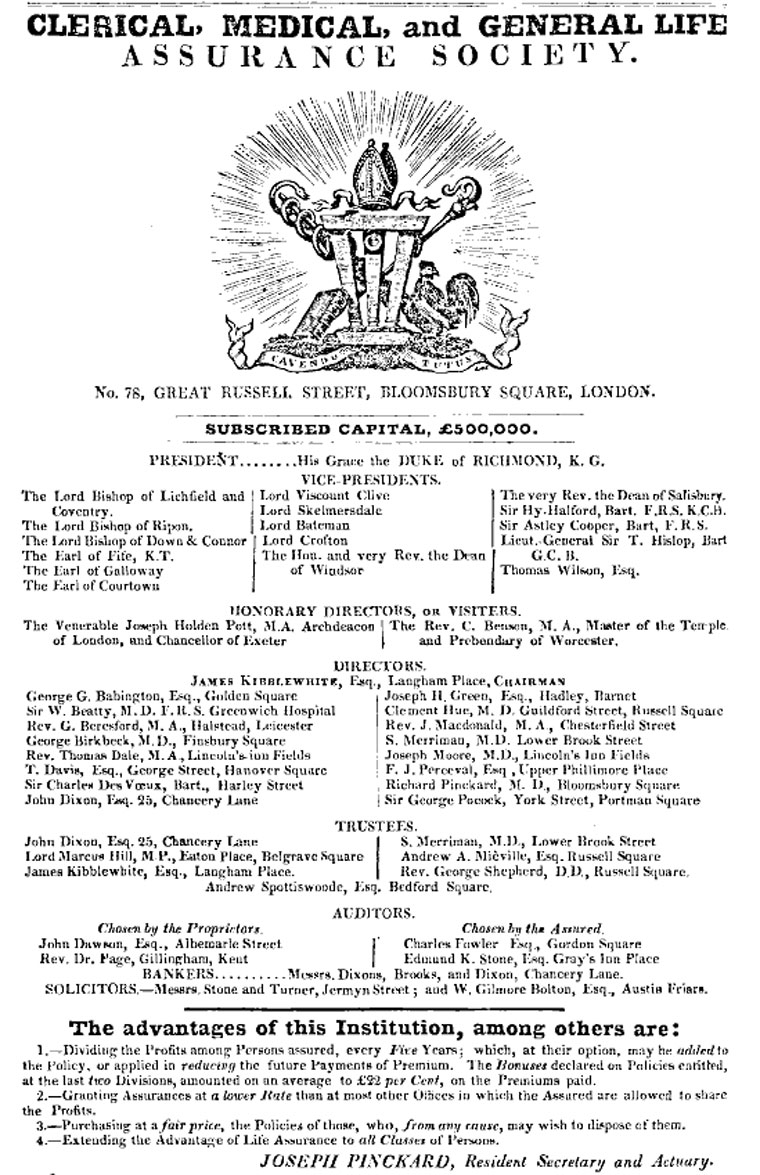 Established in 1824 by Dr. George Pinckard of London, assisted by a committee of medics and clerics. He was appointed the Society's first chairman, a role he held until his death in 1835.

1873 An office was opened in the City of London

1888 the first branch office was established in Manchester. This was followed by branches in Birmingham, Leeds, Bristol and Newcastle.

1913 The Society acquired the General Reversionary and Investment Co

1920 It merged with The Employers' Liability Assurance Corporation. This relationship lasted for 40 years, during which time Clerical Medical operated as a separate entity.

1961 an Act of Parliament was passed making Clerical Medical a mutual office.

1995 The decision was taken to 'demutualise', and to offer Clerical Medical for sale to another financial institution.

1996 The company was purchased by the Halifax.