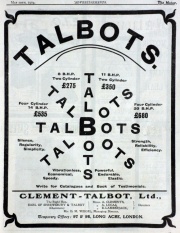 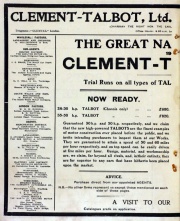 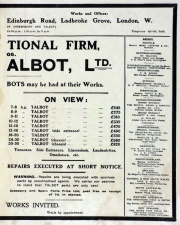 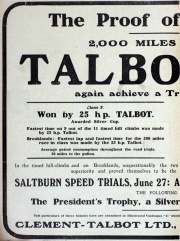 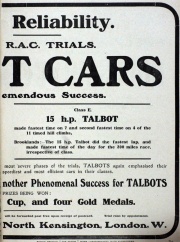 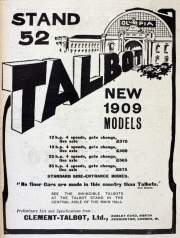 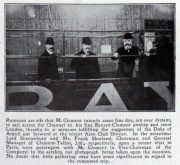 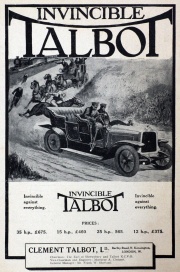 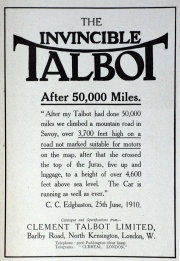 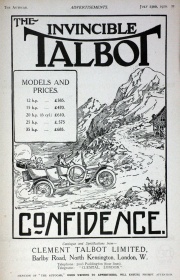 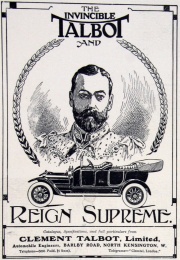 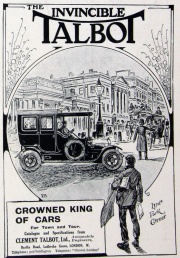 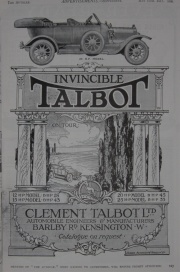 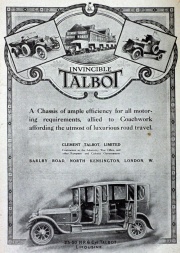 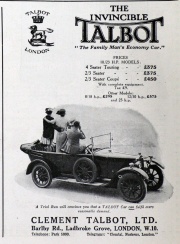 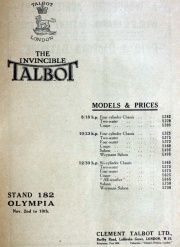 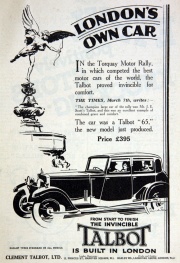 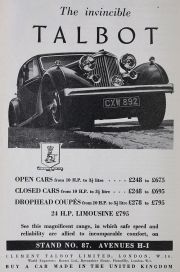 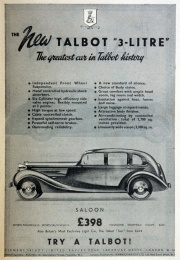 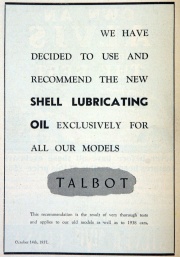 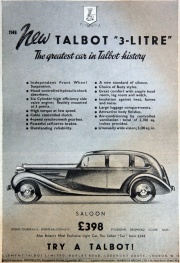 1902 Incorporated as a Limited Co. under the patronage of Charles Chetwynd-Talbot who gave his name to the company.

1902 Formed as a private company called Clement Talbot Ltd. The company was registered on 11 October, to carry on the manufacture of motor-cars etc. [1].

After formation of Clement-Bayard company it entered into an agreement with an English financial group headed by the Earl of Shrewsbury and Talbot for the Clement Bayard to be assembled in Britain by a new company called Clement Talbot Ltd. and to be sold as Clement-Talbots.

By 1907 the British company was designing its own cars, among them the high-performance 4-litre 25 which rivalled the Vauxhalls and Sunbeams for fastest time of the day in the numerous sprints and hill-climbs.[11]

1919 The British-owned, Paris-based Darracq took over Clement Talbot including the British Talbot and Talbot models. Cars built at Suresnes were then marketed as Talbot-Darracq[15].

1920 A. Darracq (1905) Ltd and Sunbeam Motor Car Co were amalgamated, with Sunbeam shareholders receiving an equal number of Darracq shares. The name of the parent company was changed from A. Darracq (1905) Ltd to S. T. D. Motors to reflect the names of the 3 companies making up the new company - Sunbeam, Talbot and Darracq[16]. Production would continue at the 3 sites - Wolverhampton (Sunbeam), London (Talbot) and Suresnes (Darracq). In addition a central organisation for buying, selling, advertising and administration would be established. The absorption of W. and G. Du Cros would expand body-building capacity adjacent to the Talbot works, something which was necessary due to the inadequate capacity of the Darracq company[17].

1936. Sunbeam and Clement Talbot, which had been part of S. T. D. Motors where they had shared many engineering facilities, were purchased by the Rootes Group.