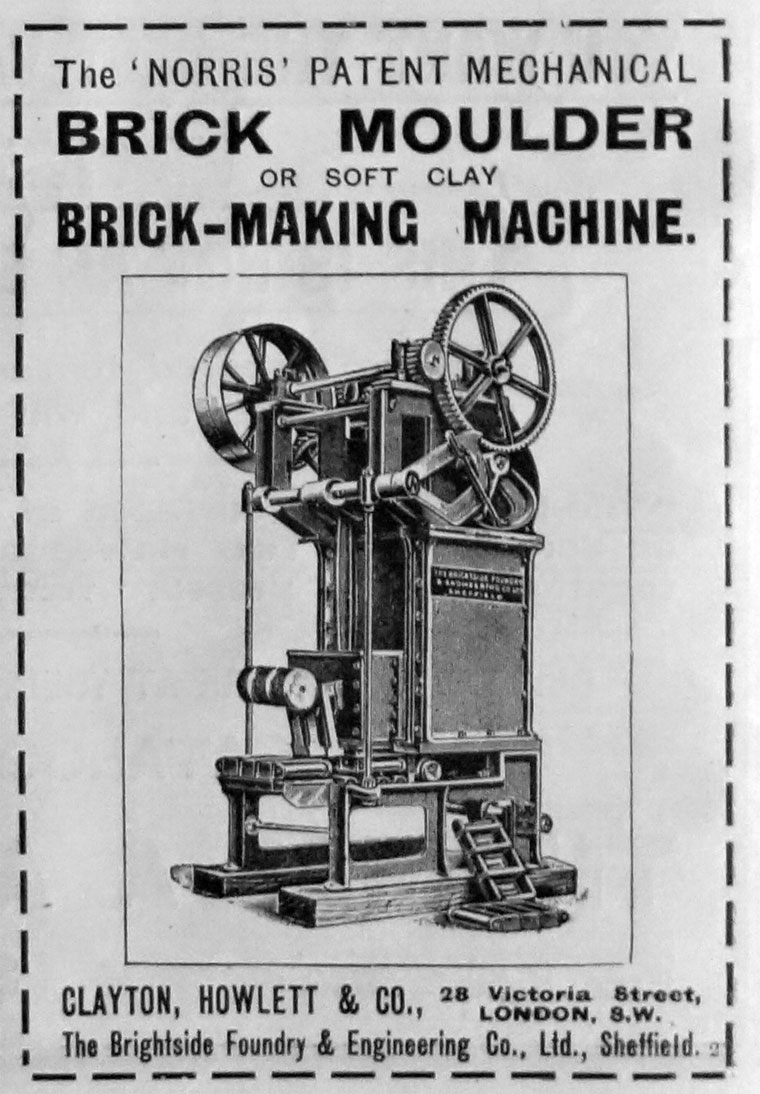 of The Brightside Foundry and Engineering Co, Sheffield (1912)

1877 Dissolution of the Partnership between Messrs. Henry Clayton and Francis Howlett, under the firm or style of Henry Clayton, Son, and Howlett, as Engineers, Machinists, and Ironfounders, at the Alias Works, Woodfield-road, Harrow-road, London, W.[2]

1890 Dissolution of the Partnership between Francis Howlett and William Henry Venables, carrying on. business as Engineers, Machinists, and Iron Founders, at Atlas Works, Woodfield-road, Harrow-road, London, W., under the style or firm of Clayton, Howlett, and Venables, by mutual consent; the business was carried on by Francis Howlett[4]

The business was presumably moved to Sheffield