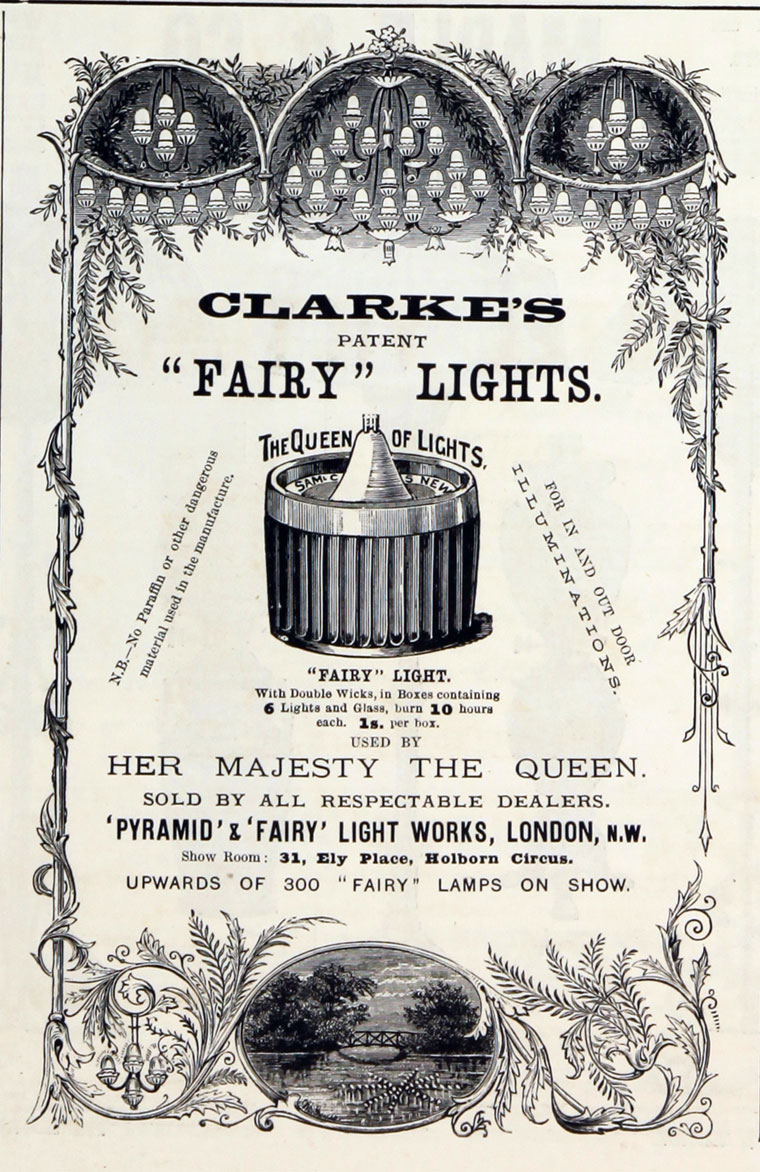 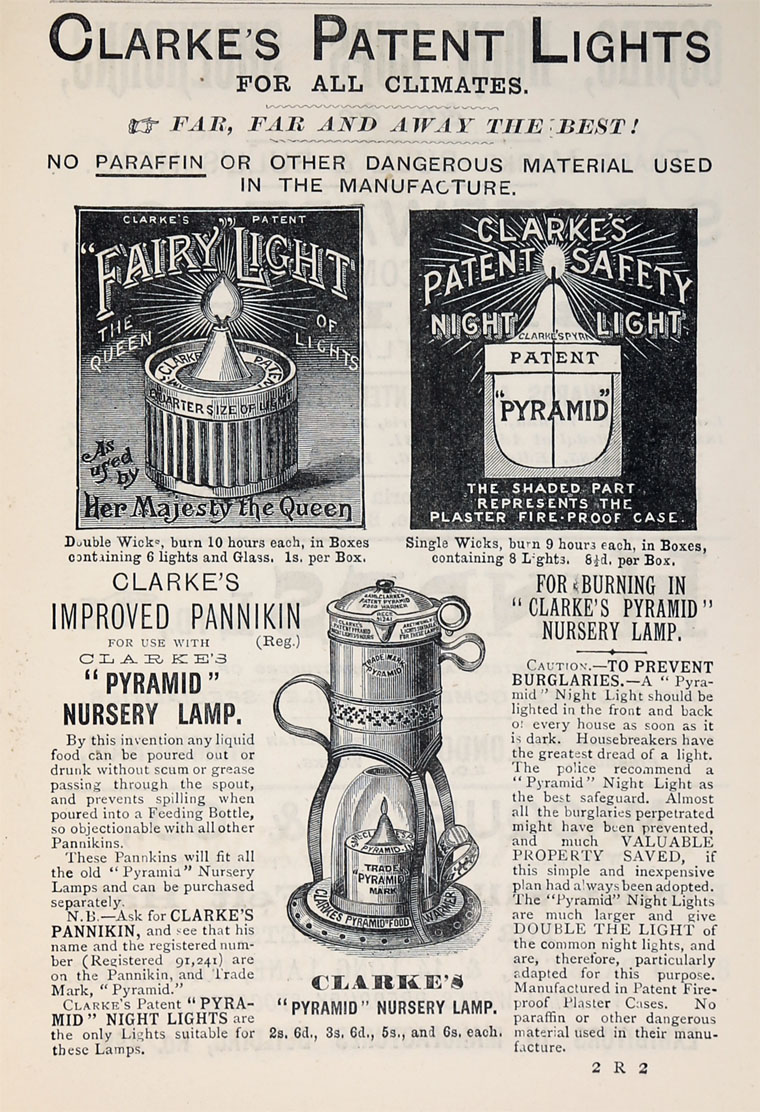 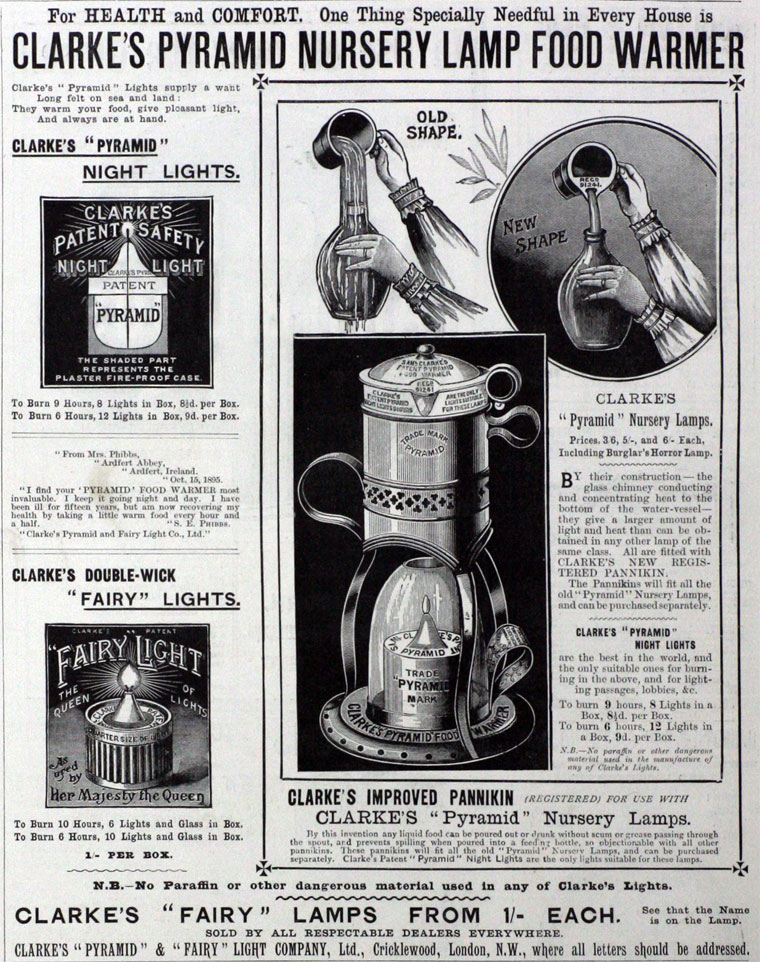 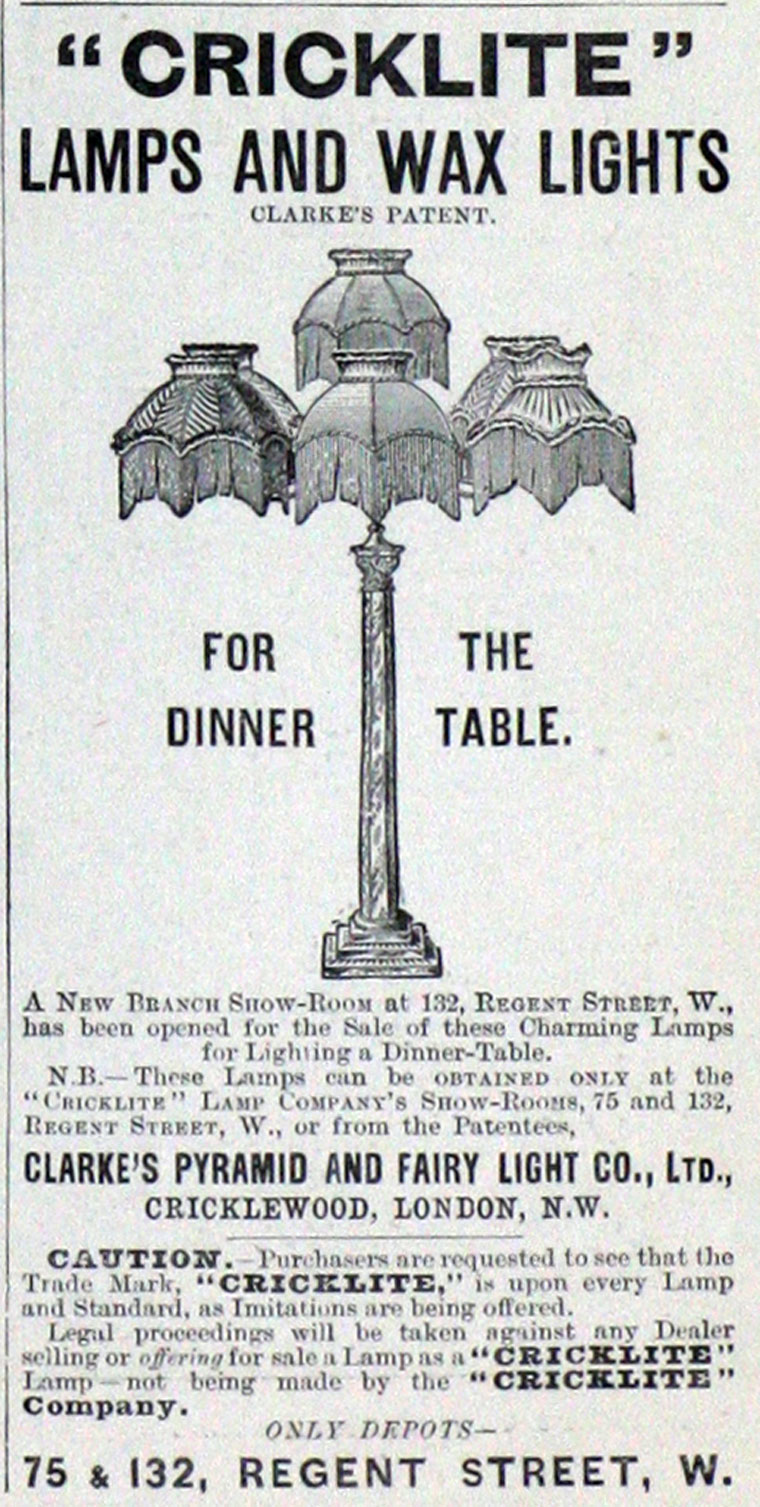 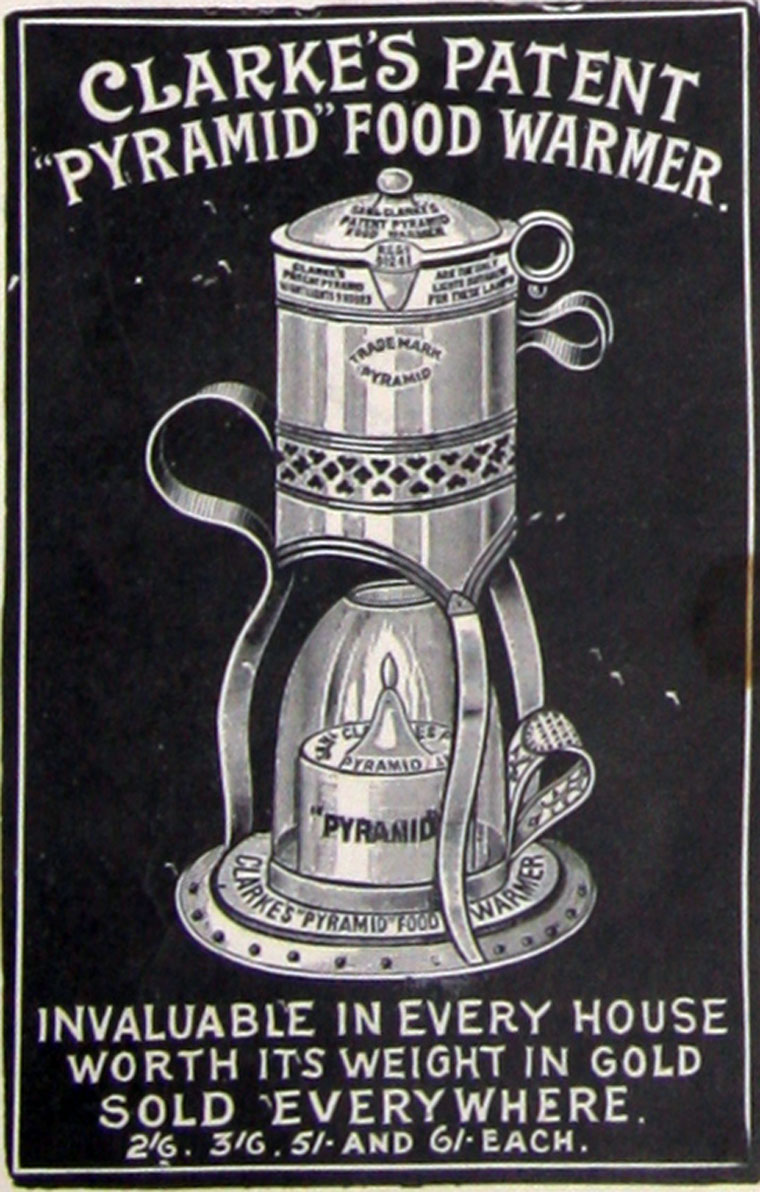 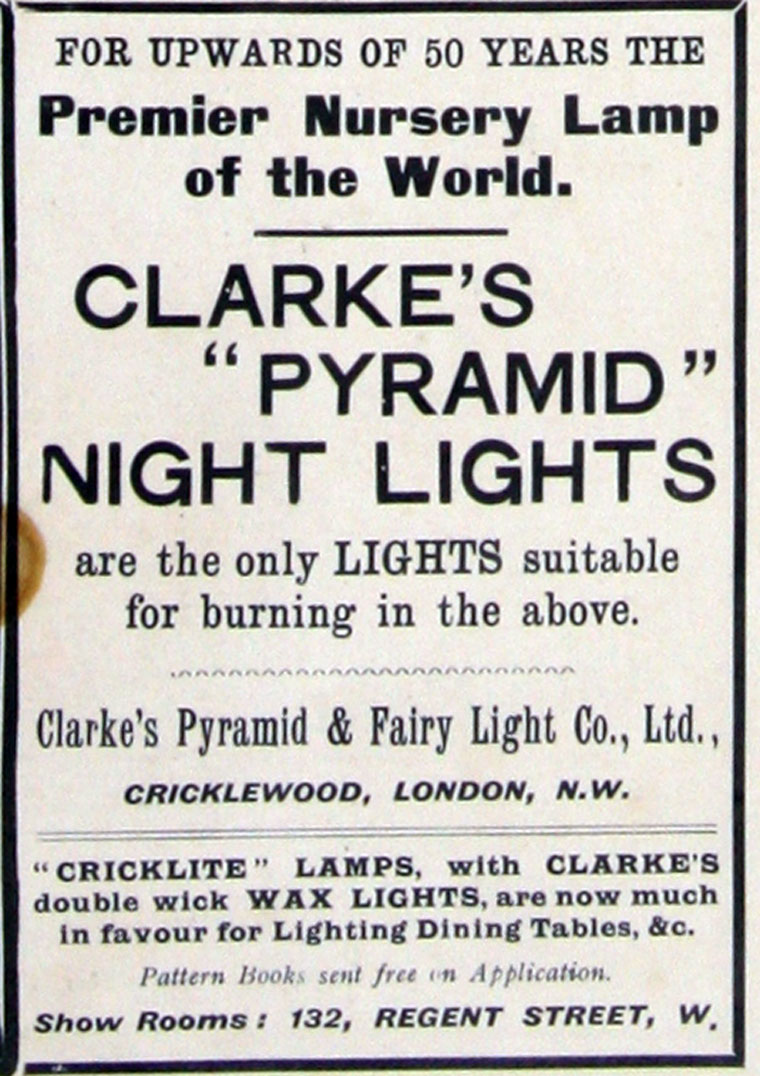 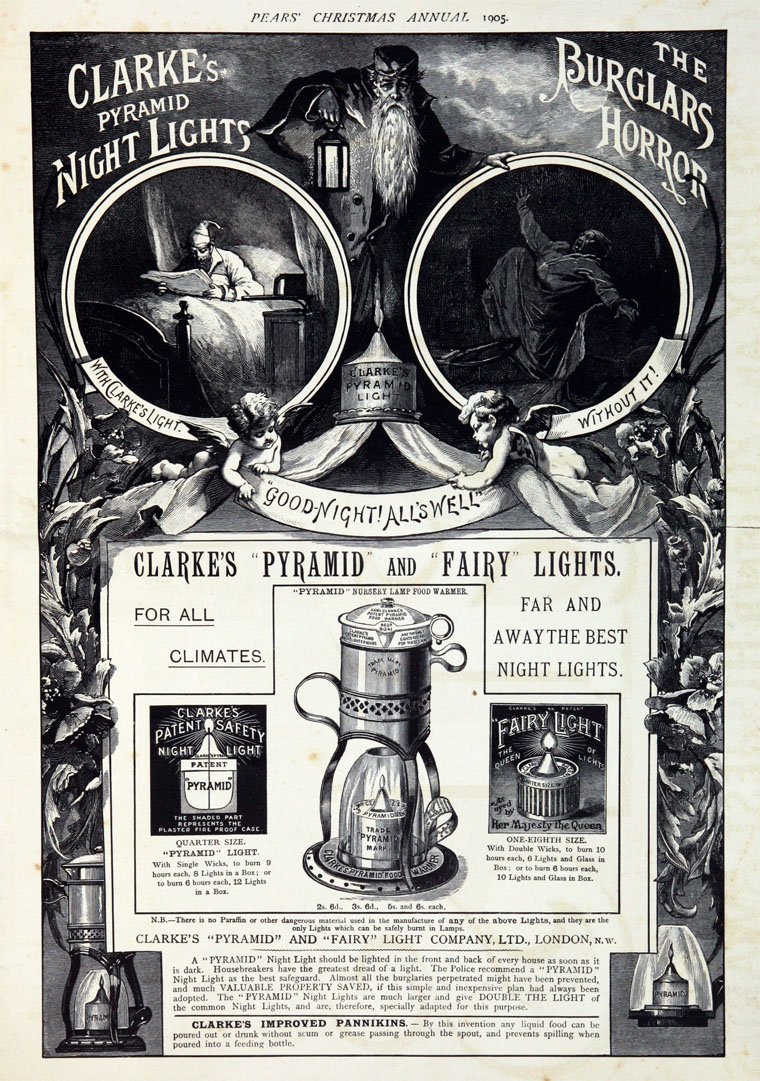 Fairy lamps (now more popularly known as 'fairy lights') originally gained popularity during the 1880's and 1890's, though their creation began in the 1840's. On the 14th December 1885, Samuel Clarke patented a glass cup covered with a dome, and his original lamps feature a fairy embossed onto the bottom - hence the adopted name " fairy lamps".[3]