Grace's Guide is the leading source of historical information on industry and manufacturing in Britain. This web publication contains 138,109 pages of information and 223,032 images on early companies, their products and the people who designed and built them. 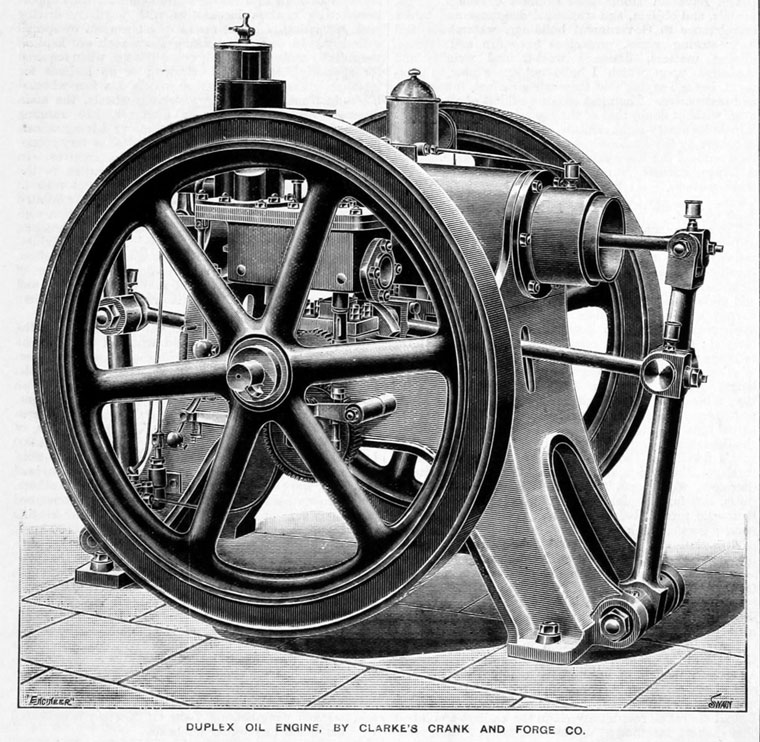 1859 Company formed when Edward Clarke established a forge on Hungate in Lincoln. Clarke started in business as a manufacturer of agricultural equipment, but he soon began to specialise in the production of crankshafts for steam engines and in 1872 he took out a patent for their manufacture.

By the 1870s the business was expanding rapidly and the firm moved to a larger site on Coultham Street, off Canwick Road in Lincoln.

1875 Incorporated as a Limited Co.

1898 June. Reports of oil motor made for Curtis and Mawes, furniture removers, Lincoln. 'its pace is very slow'.[5]

During both the First and Second World War the company made a vital contribution to the war effort by producing marine crankshafts and other heavy forgings for warships.

1948 Clarke’s Crank & Forge was take over by Mitchell, Shackleton and Co of Manchester and subsequently by Walter Somers of Halesowen.

The firm became part of Folkes Plc in 1990

2003 The Coultham Street factory was finally closed and the story of one of Lincoln’s oldest engineering companies was brought to an end.