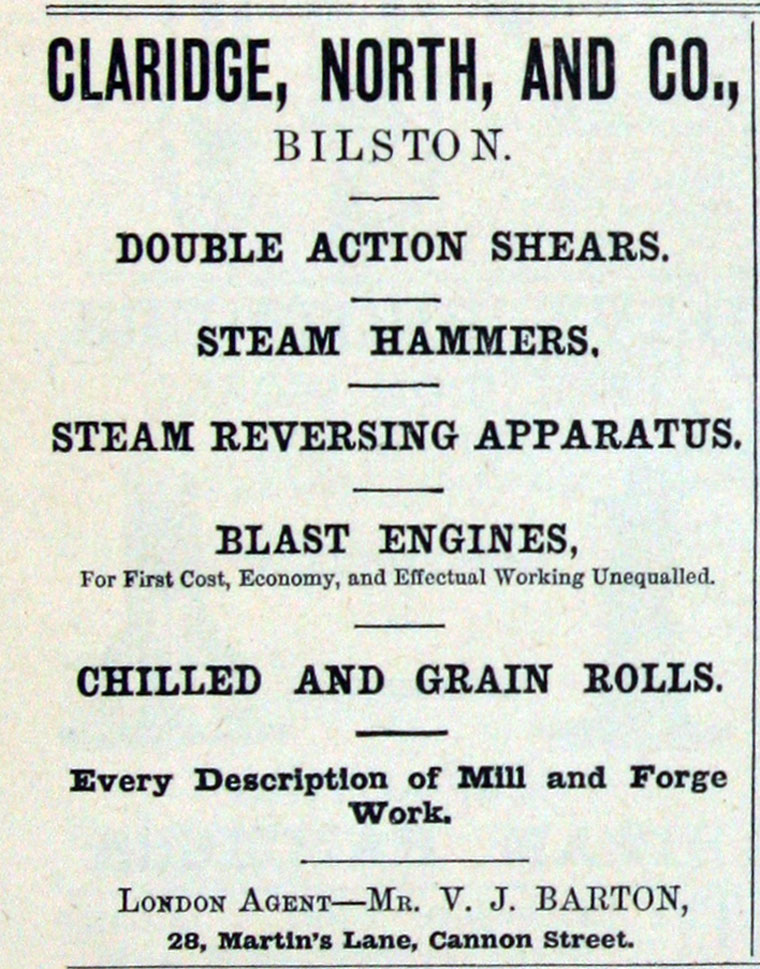 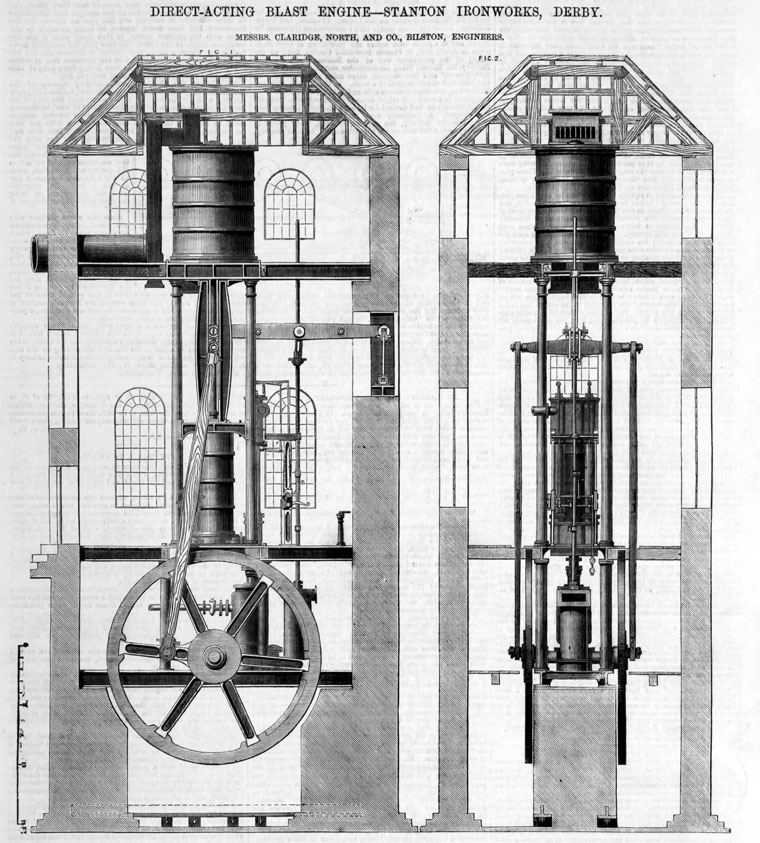 1862 40 HP engine for Griffin, Morris and Griffin of Wolverhampton.

1863 Patent No. 1386 to Thomas Claridge for improvements in the manufacture of spur wheels used in the construction of mill and forge gearing, and for other like purposes [1]

1869 'The Spirit of the Times', Batavia, NY, 6th Feb 1869 reprinted from the Birmingham Evening Post an article about Claridge, North & Co. casting a pair of iron rolls nearly 3 ft dia, 15 ft 6" long, each weighing 18 tons, for rolling armour plate at the Sheffield works of John Brown and Co