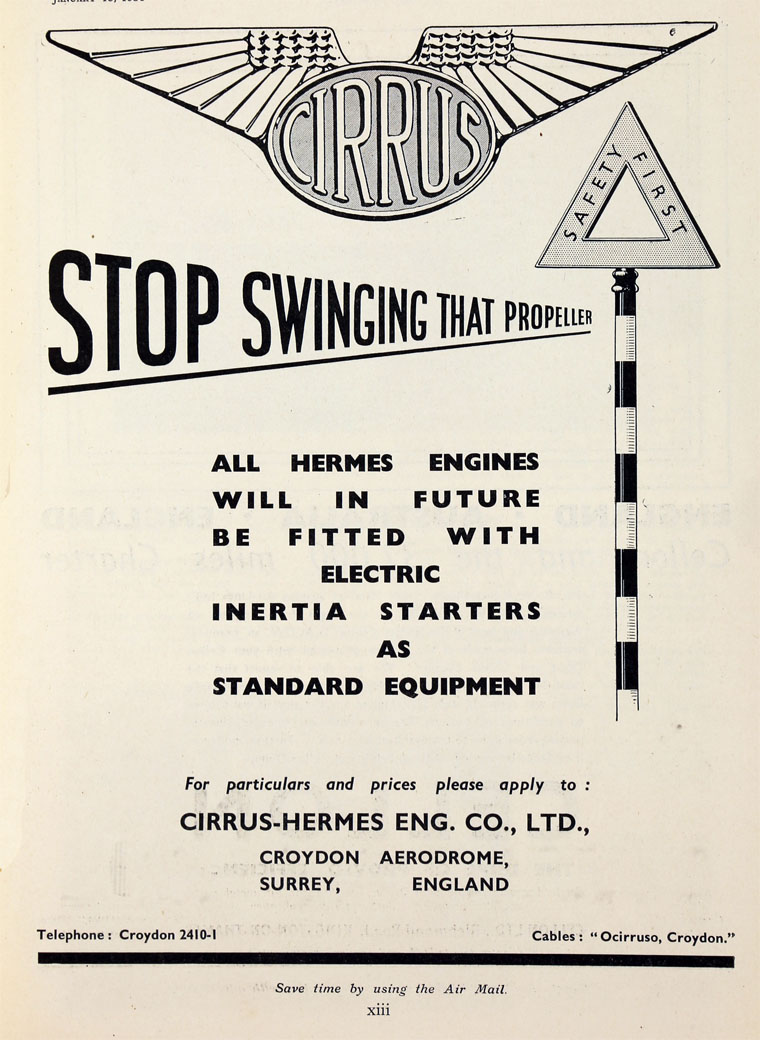 After purchase, the Cirrus Hermes I, II, III & IV were produced ranging in power from 105 hp to 140 hp depending on type. The later Cirrus engines were designed to run inverted.

1936 On the formation of Blackburn Aircraft Ltd, Cirrus-Hermes Engineering was an associated company but was not brought into the Blackburn group because its new products (engines) were still in the development phase[2]