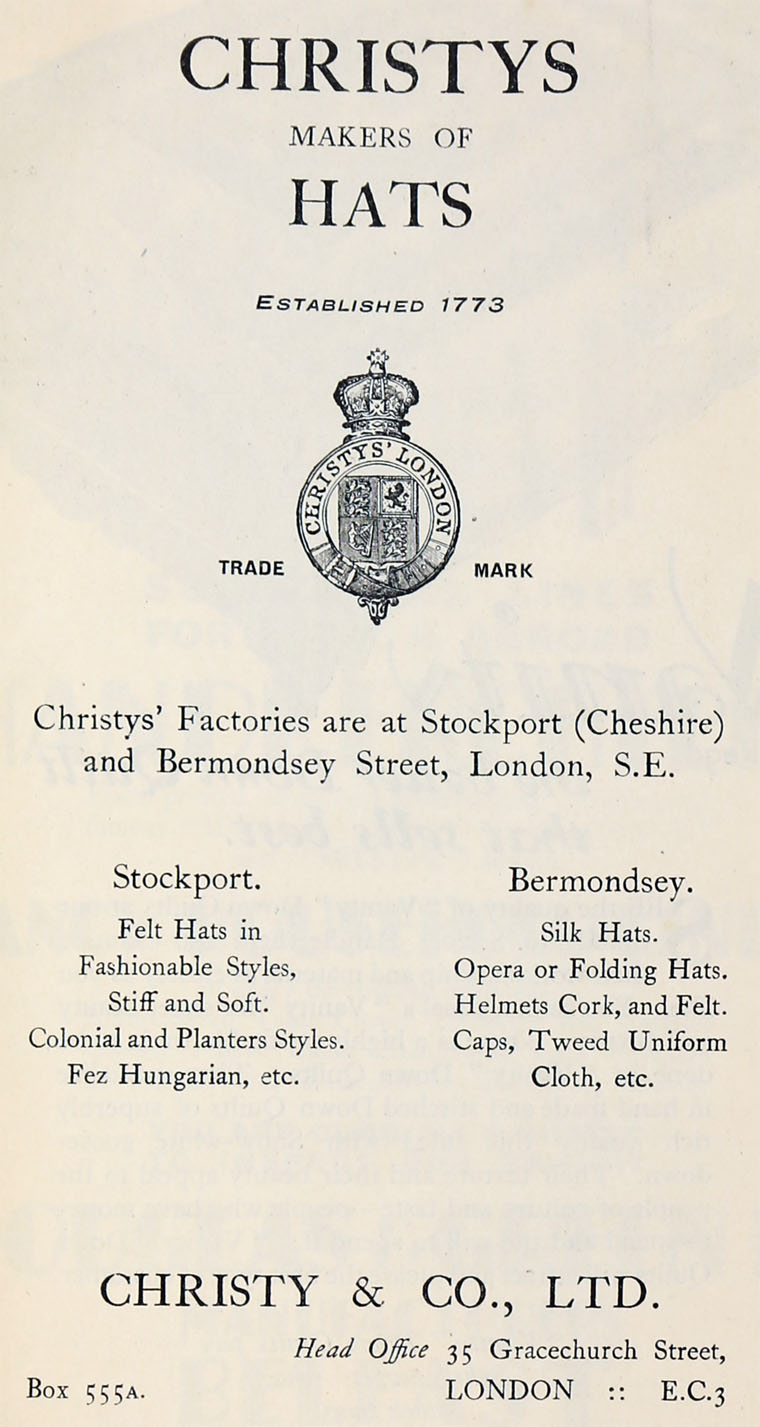 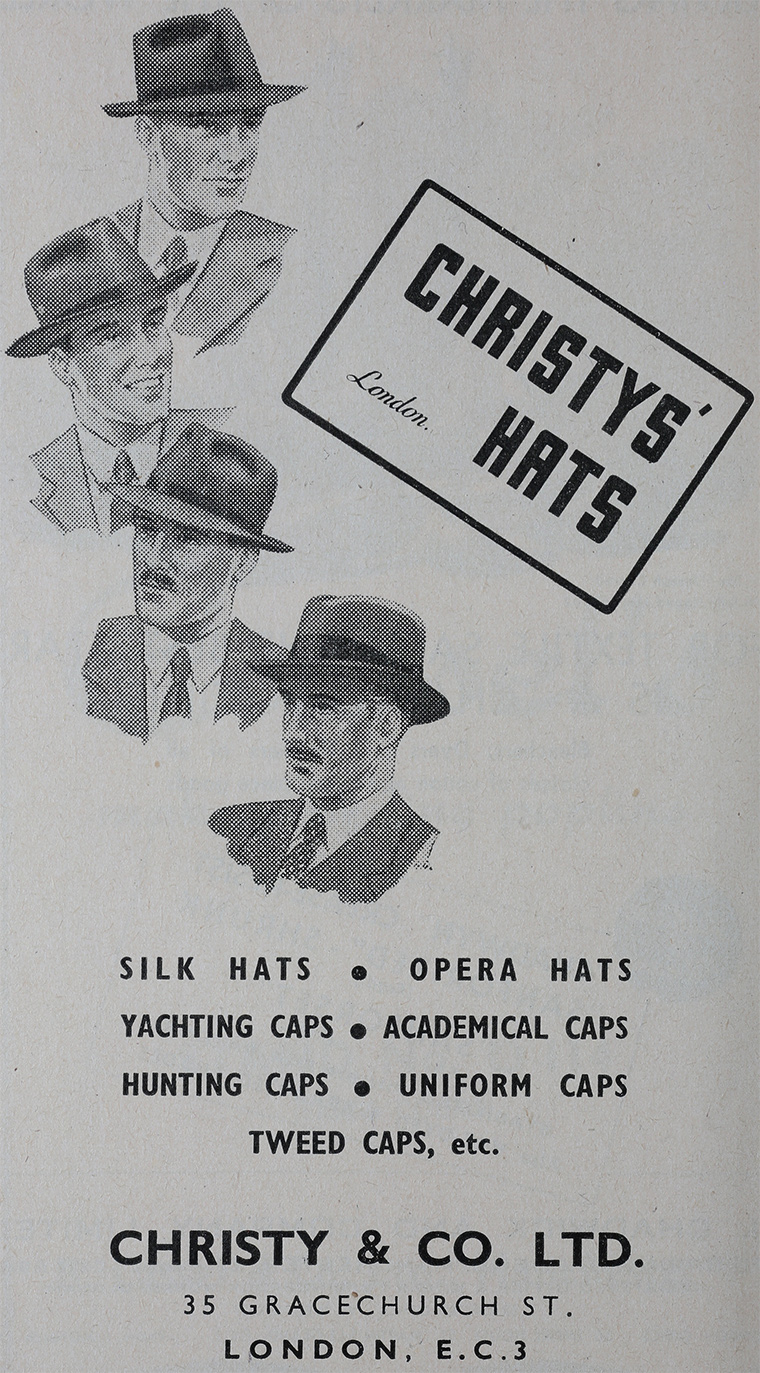 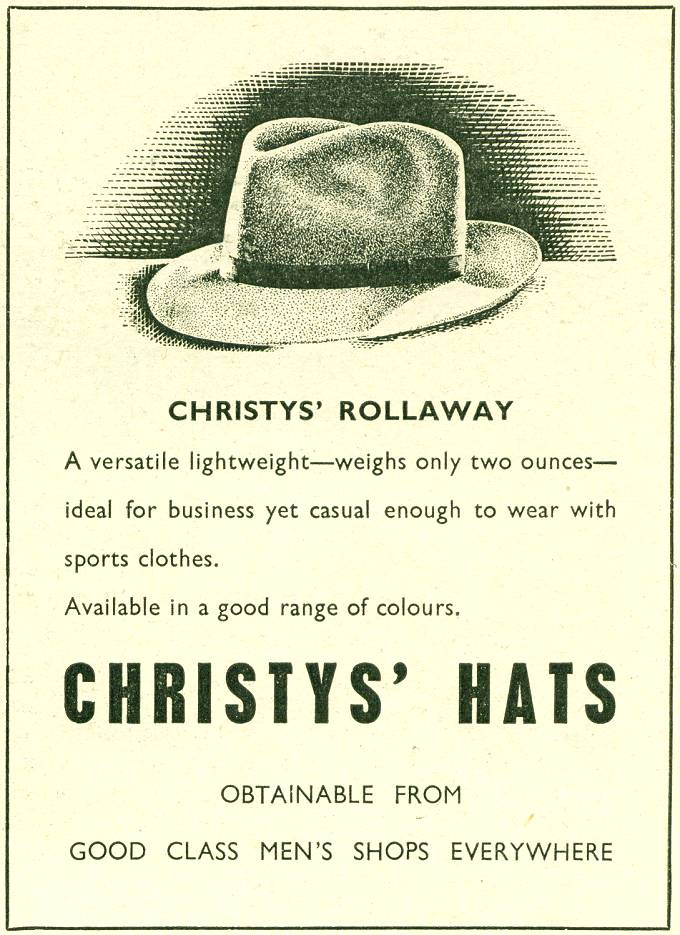 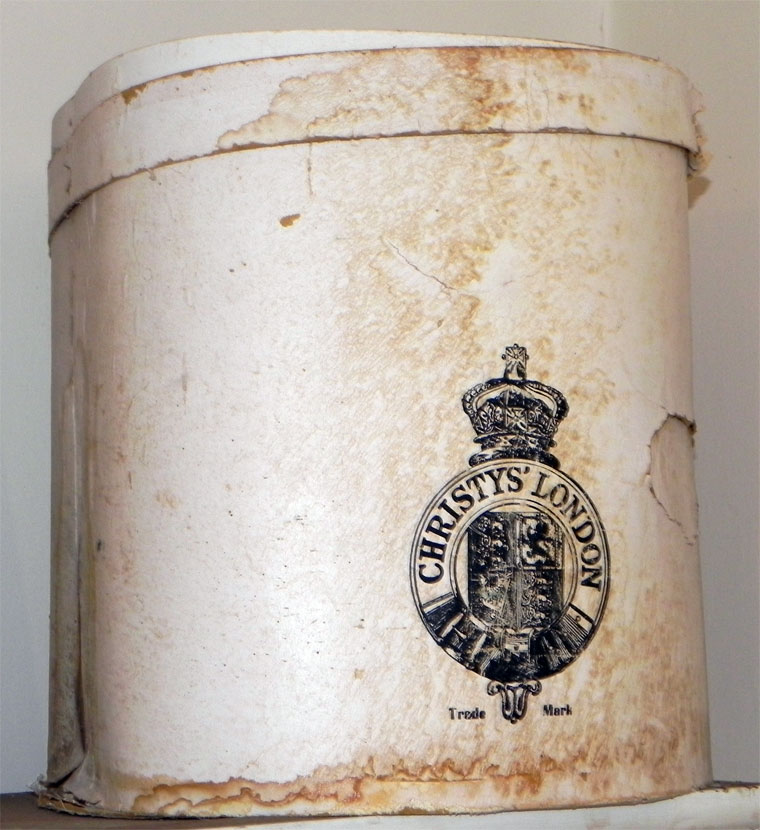 Over a seven year apprenticeship Miller Christy learnt the "art and mystery of feltmaking".

1794 Dissolution of the Partnership of Miller Christy and Joseph Storrs of Gracechurch Street, London, Hatters. Miller Christy carried on the Business[1]

c.1797 Thomas Christy, the eldest son, became a partner in the company.

c.1799 William Miller Christy became a partner in the business (presumably when he reached his majority).

1826 Took over a firm in Stockport, T. and J. Worsley, which owned the mill on Upper Hillgate, which had earlier been owned by William Radcliffe of Mellor, who had acquired it from Samuel Oldknow in 1794.[4]

1841 Christy's Bermondsey works were reputedly the largest manufacturer of hats in the world and had 500 employees; silk coverings for hats were made in Stockport, and the factory there had more workers.

1845 William Miller Christy retired from the trade and left the Partnership with John Christy, Thomas Christy the younger, Samuel Christy, Henry Christy, and Alfred Christy, of Gracechurch-street, in the city of London, Hat Manufacturers[6].

1887 The company was registered on 1 July, to take over the business of the firm of the same name, hat manufacturers. [7]

The business dropped off later in the century, as the beaver hat went out of style.

1980 Joseph Wilson and Sons's hat manufacturing moved to the works of Christy and Co on Higher Hillgate, Stockport.

Christy's are now situated in Witney, Oxfordshire, and are well known as manufacturers of riding hats of all descriptions.