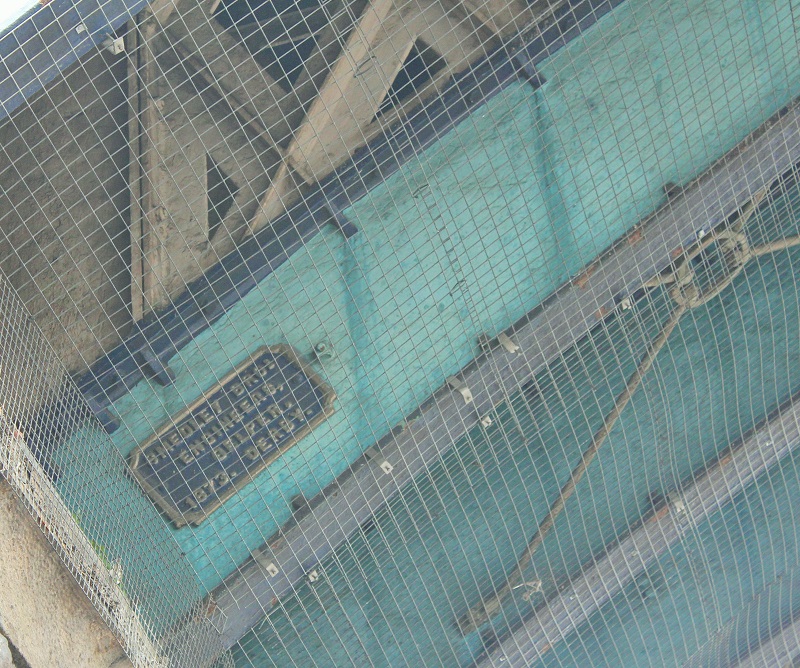 Carries the Severn Beach Line between Montpelier and Redland stations, crossing the A38 (Cheltenham Road) to the north of Bristol city centre.

Also known as 'The Arches', having 9 arches, including an attactive cast iron skew arch over Cheltenham Road.

The iron bridge was constructed by Smedley Brothers of Belper, Derbyshire, in 1873. There are six cast iron arches, each assembled from a number of large castings. The four inner arches, presumably being located directly beneath the four rails, have stiffly-braced cast iron spandrels. The outer arches have spandrel infill panels of lighter construction. These are unpierced, presumably to give the bridge a more solid appearance!