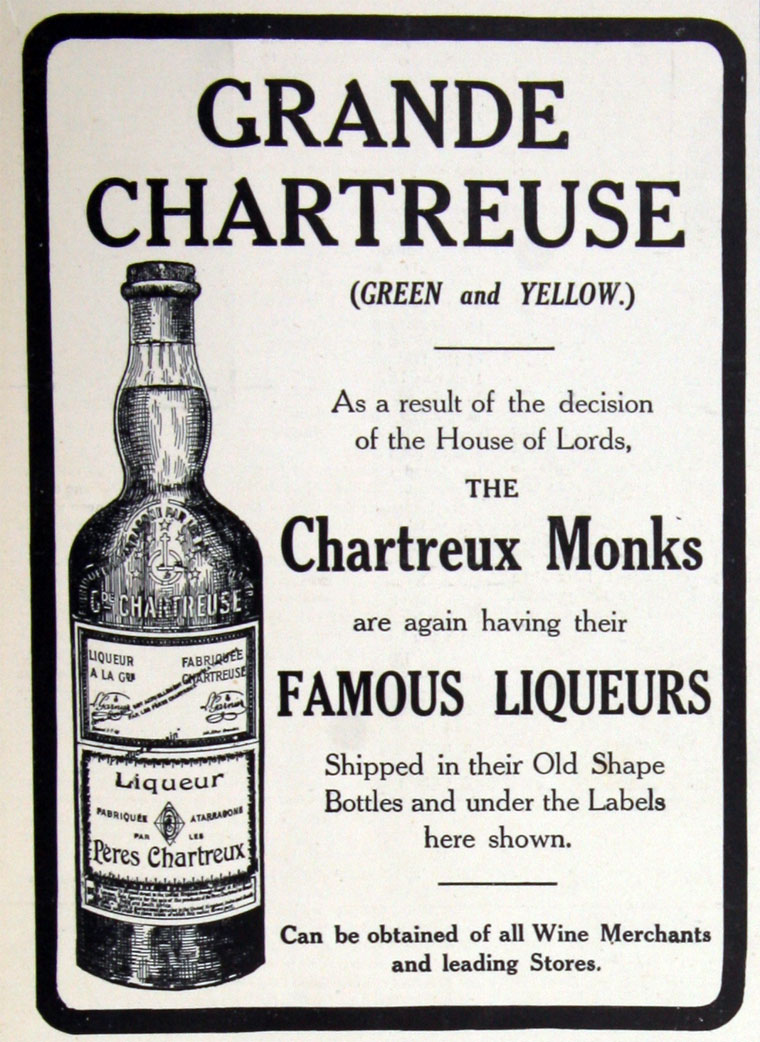 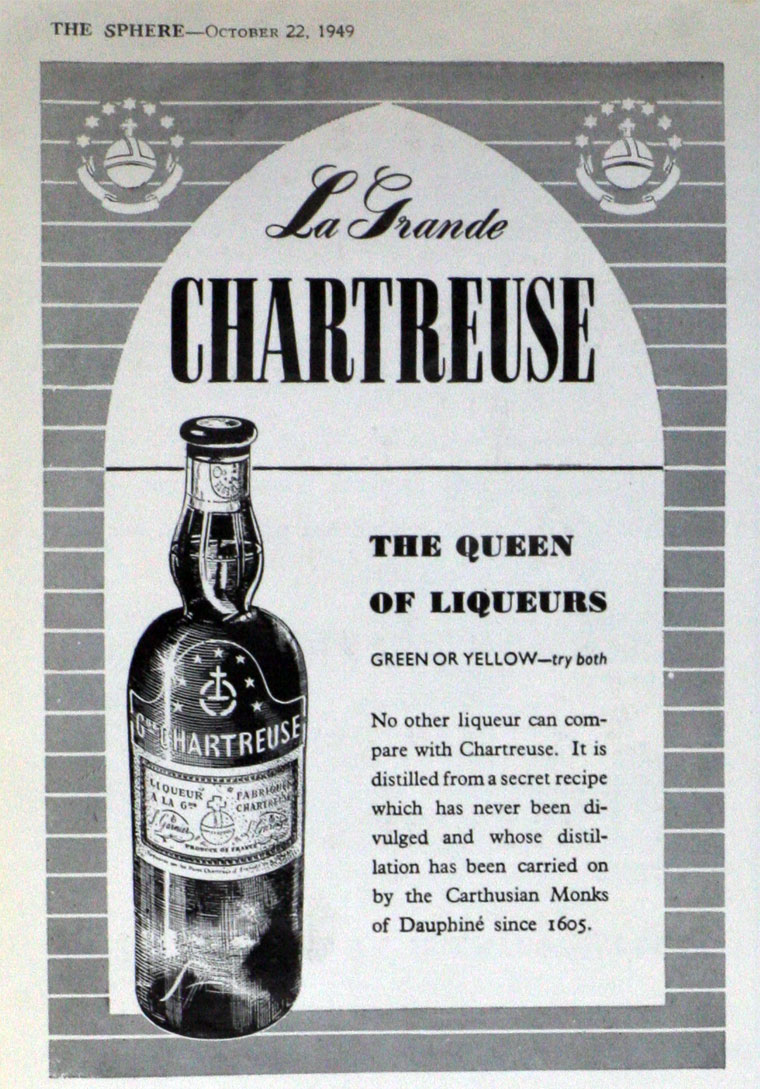 Chartreuse is a French liqueur composed of distilled alcohol flavored with 130 herbal extracts. The liqueur is named after the Grande Chartreuse monastery where it was formerly produced, located in the Chartreuse Mountains. The liquor is nowadays produced in a factory in the nearby town of Voiron under the supervision of monks from the monastery.