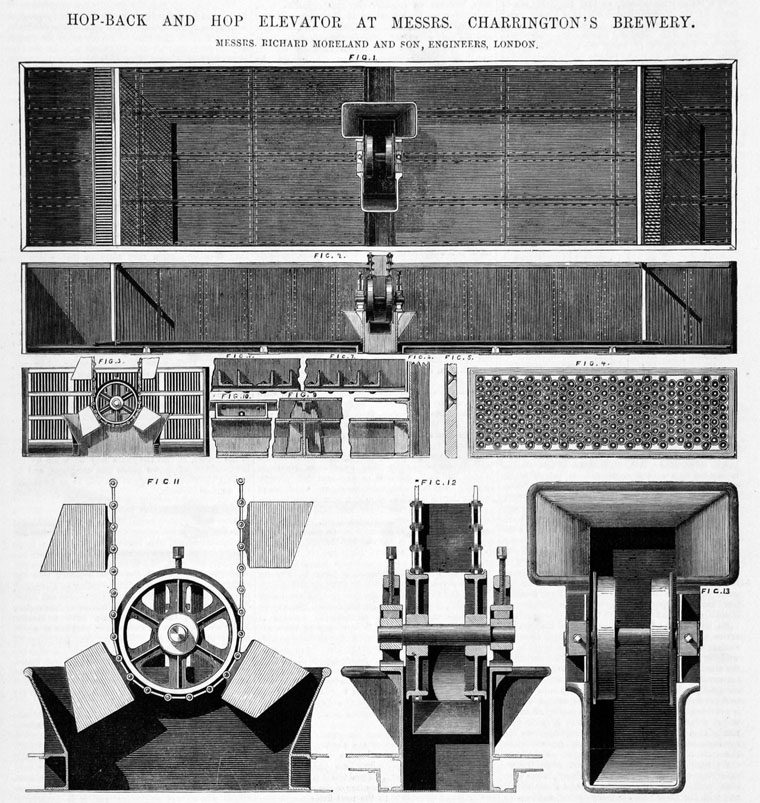 1738 Company founded, as Wastfield and Moss, an English brewery company.

1862 Charrington, Head and Co was at the Anchor Brewery, Mile End Road.

1872 The company established a presence at Burton-on-Trent, buying the Lewis Meakin brewery there and brewing at the Abbey Brewery until 1926 when it was sold.

1890 Company participated in a London conference of brewers, called to consider the position of the trade.

1897 The company was registered in July as Charrington and Co.

1911 Took over Chandler's Wiltshire Brewery Ltd, 505 Hackney Road, Bethnal Green (which had been registered in May 1900 to acquire the business carried on by George Charles Porter and William Henry Dieseldorff as Chandler & Co). A half interest was acquired by Charringtons.

1925 Acquired Savill Brothers Ltd., Maryland Road, Stratford (which had been founded in 1856).

1929 Acquired Seabrooke and Sons, Ltd., Thurrock Brewery, Bridge Road, Grays, Essex (which had been founded by Thomas Seabrooke in 1799. Registered 1891 with about 12 public houses).