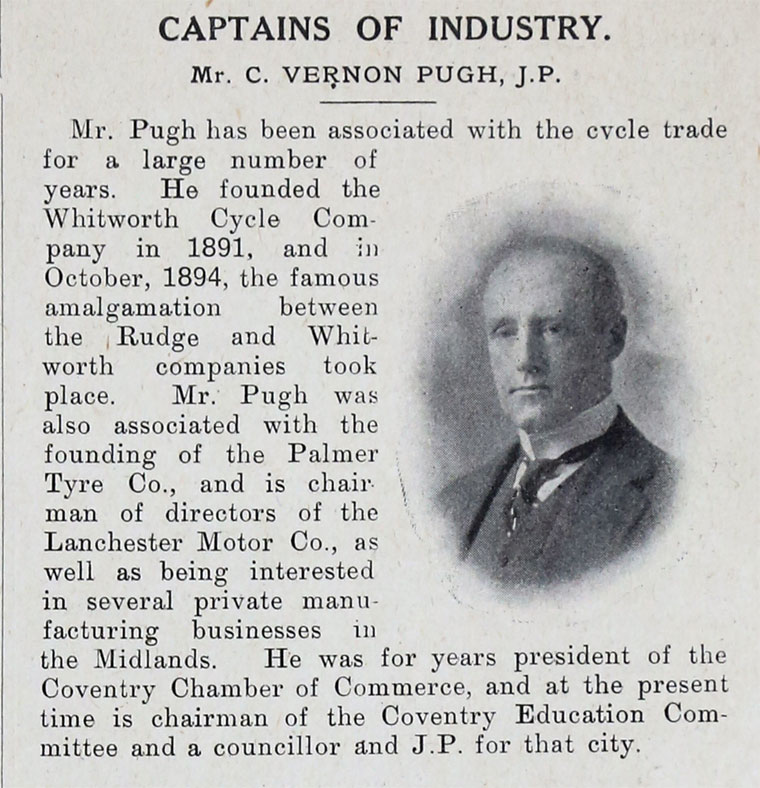 1869 Born at Rotherham the son of Charles Henry Pugh

1904 'PUGH, Charles Vernon, Radford House, near Coventry. Car: 10-h.p. Lanchester. Total distance travelled since becoming a motorist: About 15,000 miles. Principal aim in furthering automobilism: To enjoy the easiest and most healthful and agreeable form of locomotion known to him. Clubs: Midland A.C., National Liberal, Coventry and County, A.C.G.B. & I.' [3]

CHARLES VERNON PUGH was born at Rotherham in 1869, and was educated at King Edward's School, Birmingham.

In 1886 he entered his father's manufacturing business in Birmingham, becoming a partner in 1890.

In the following year he founded the Whitworth Cycle Co., and in 1894 amalgamation took place with the Rudge Co., and he became chairman in 1905.

He became an Associate Member of this Institution in 1895, and a Member in 1898.