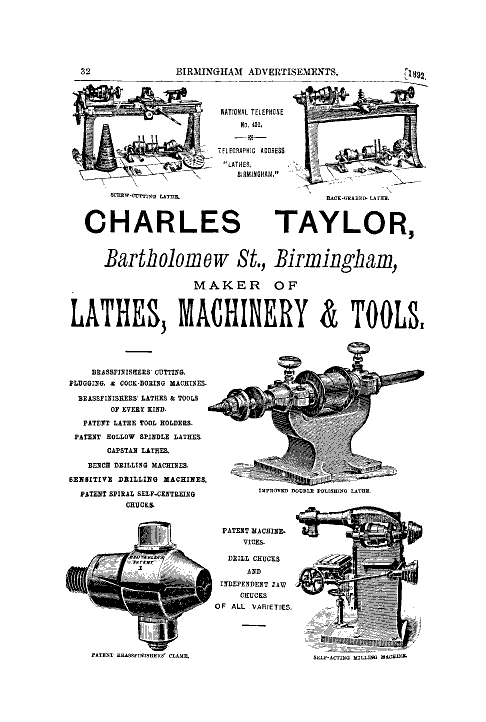 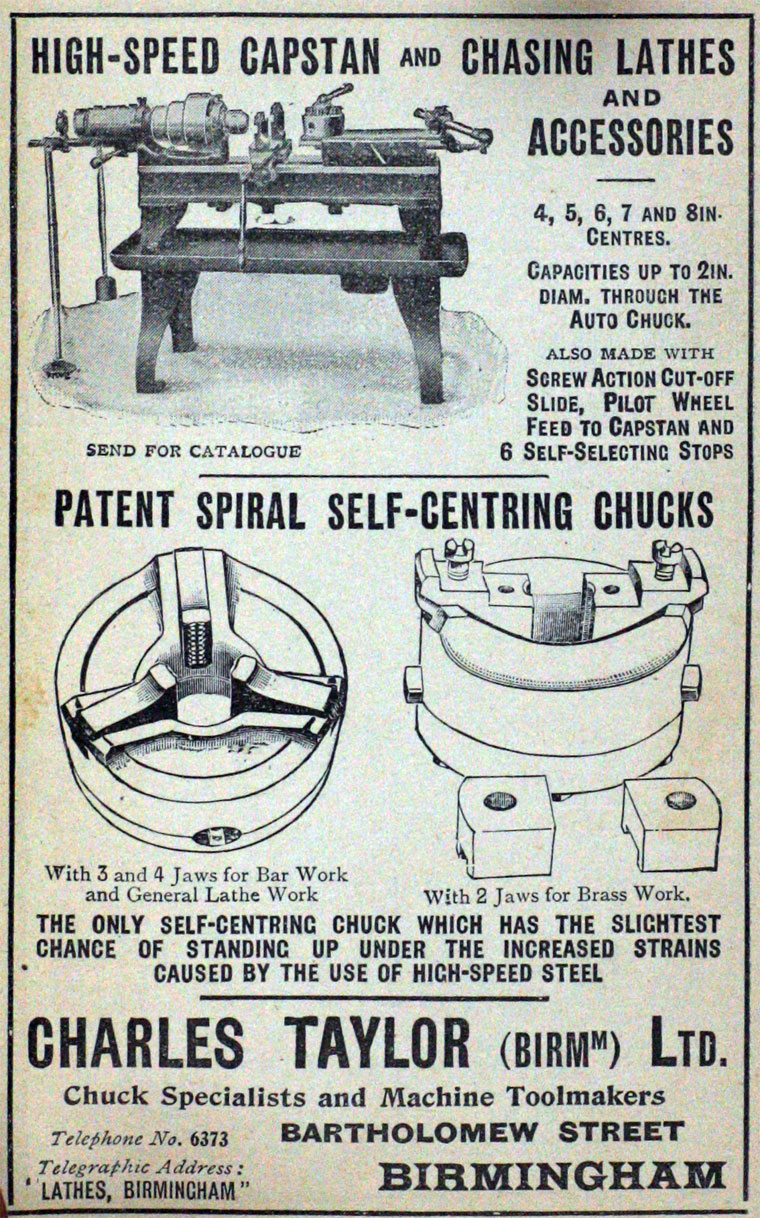 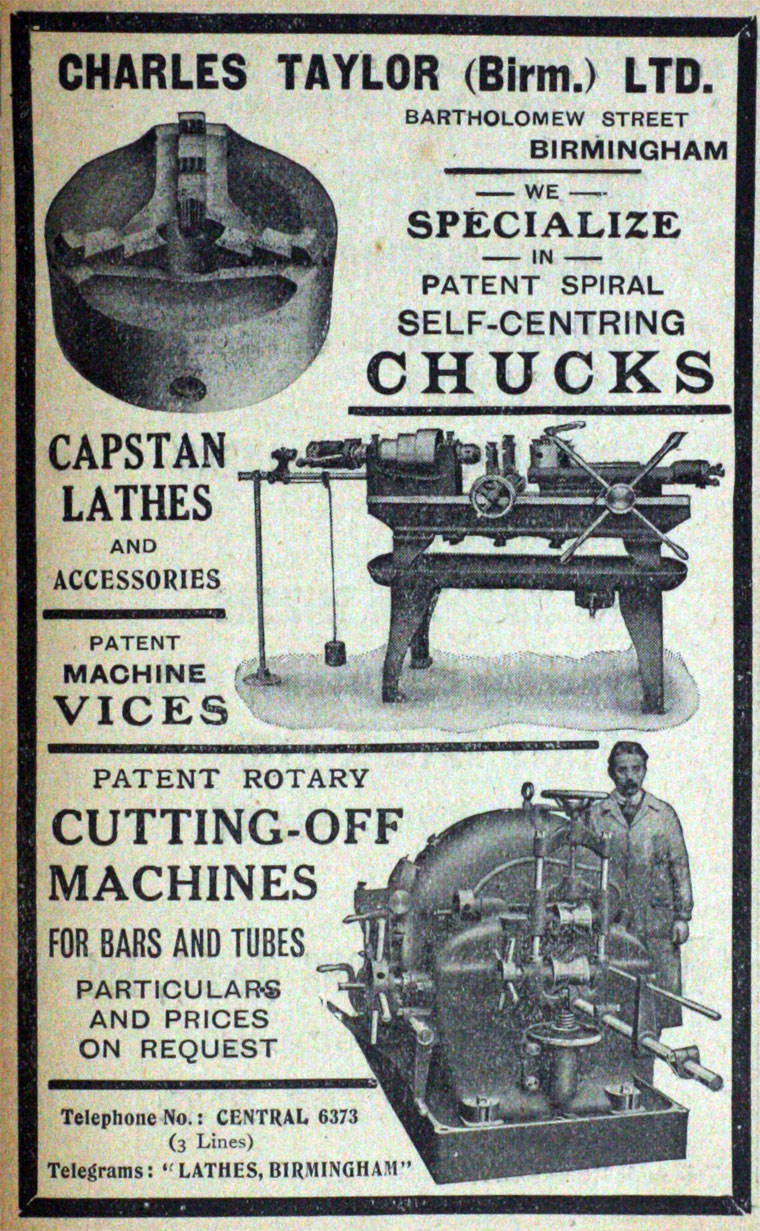 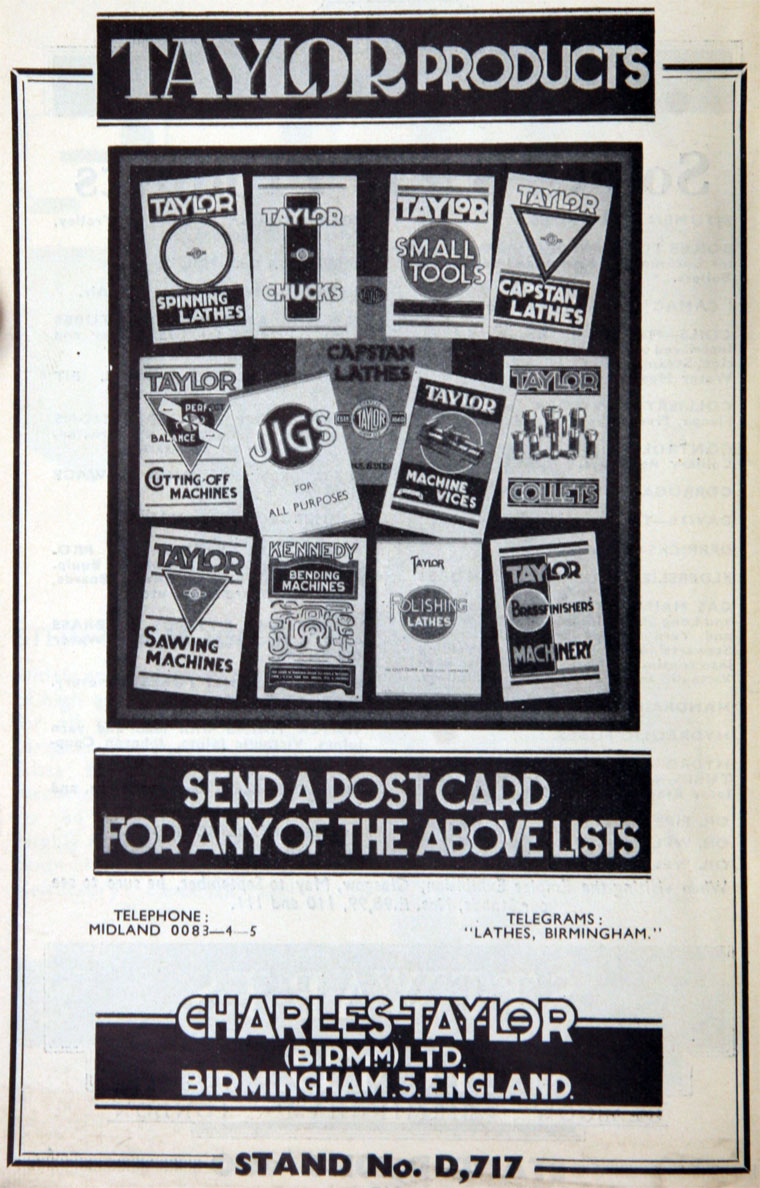 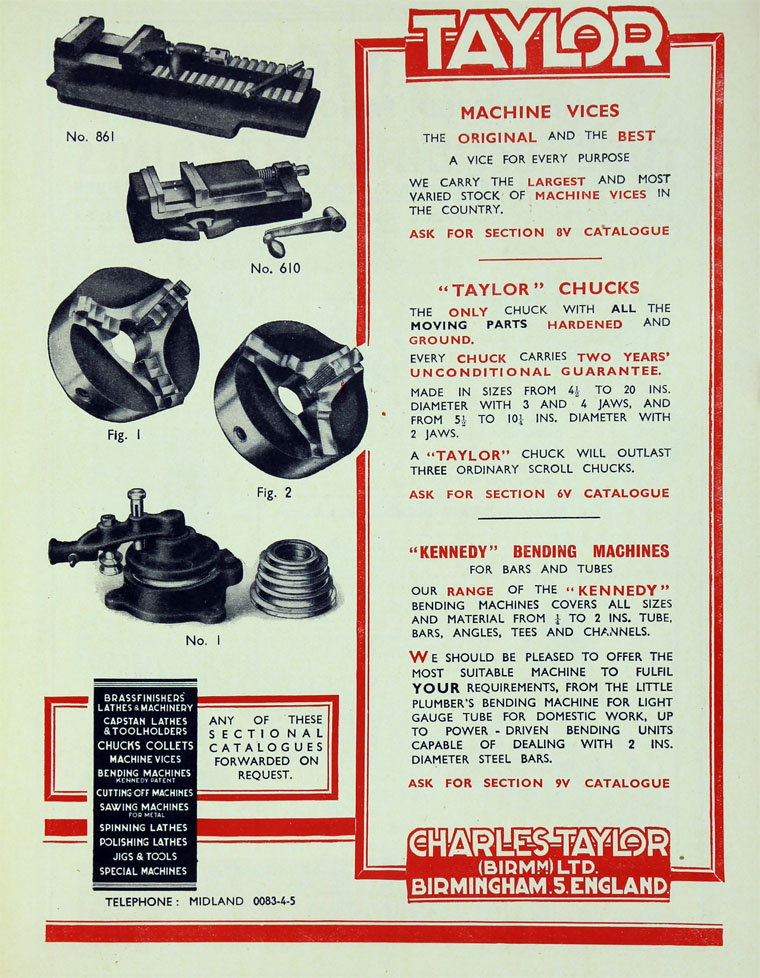 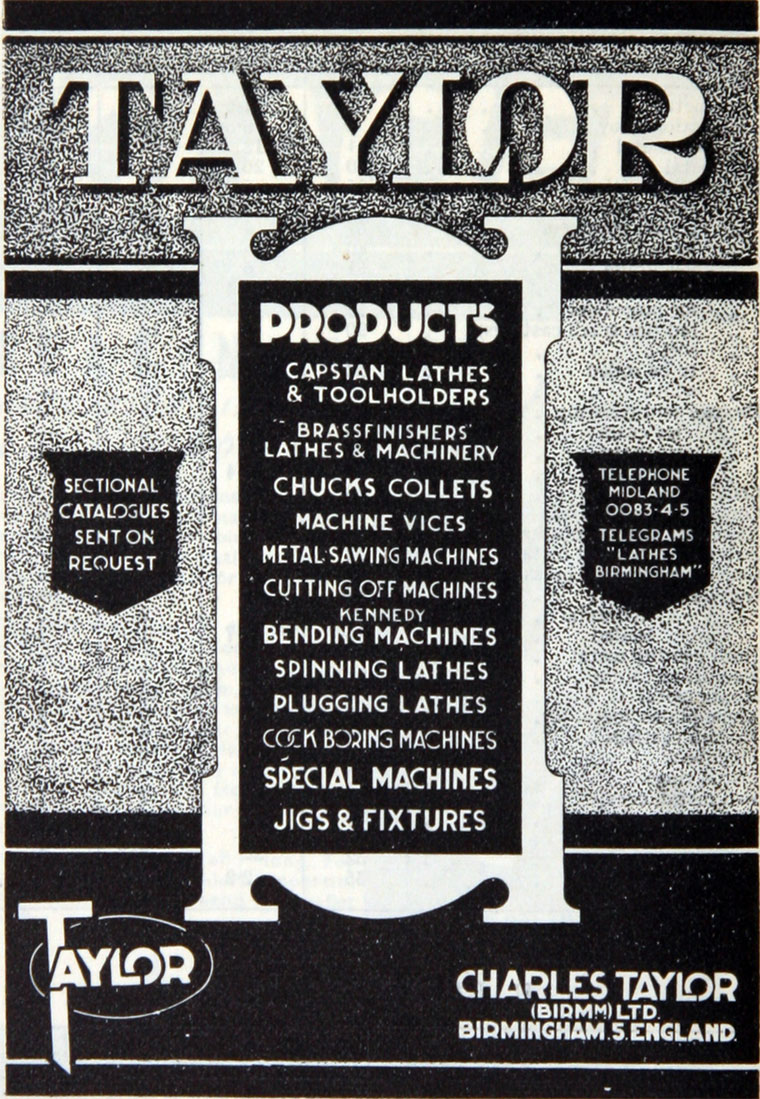 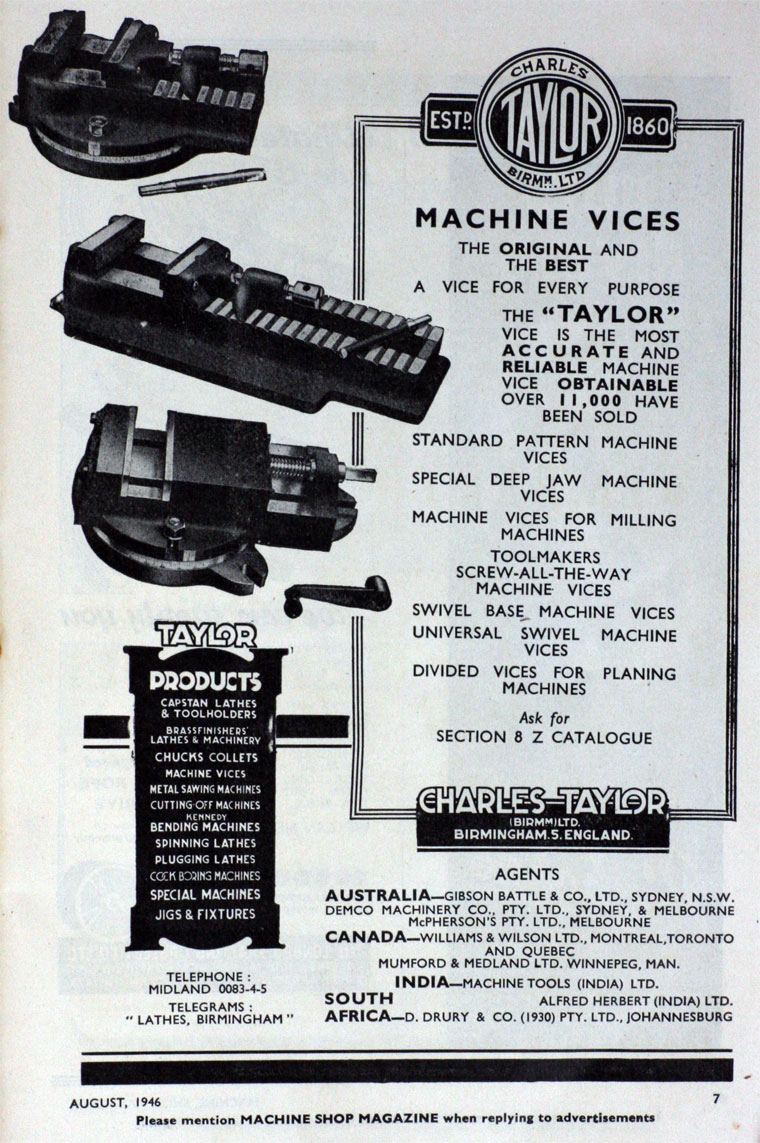 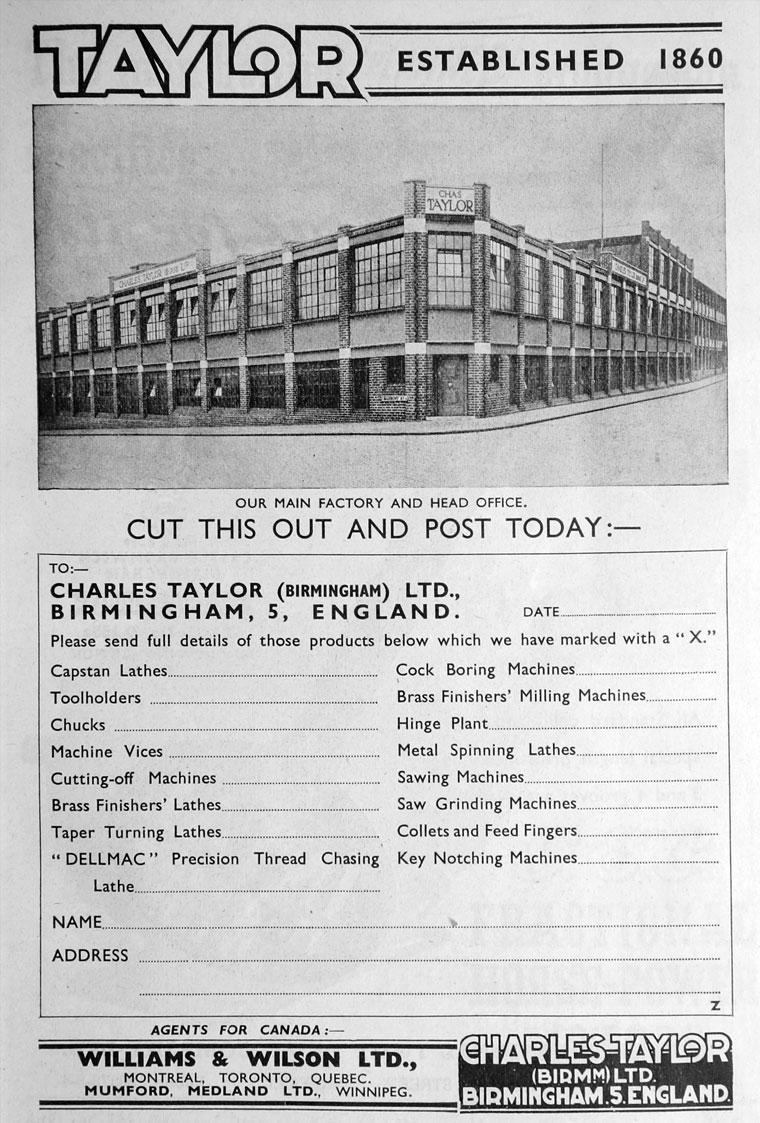 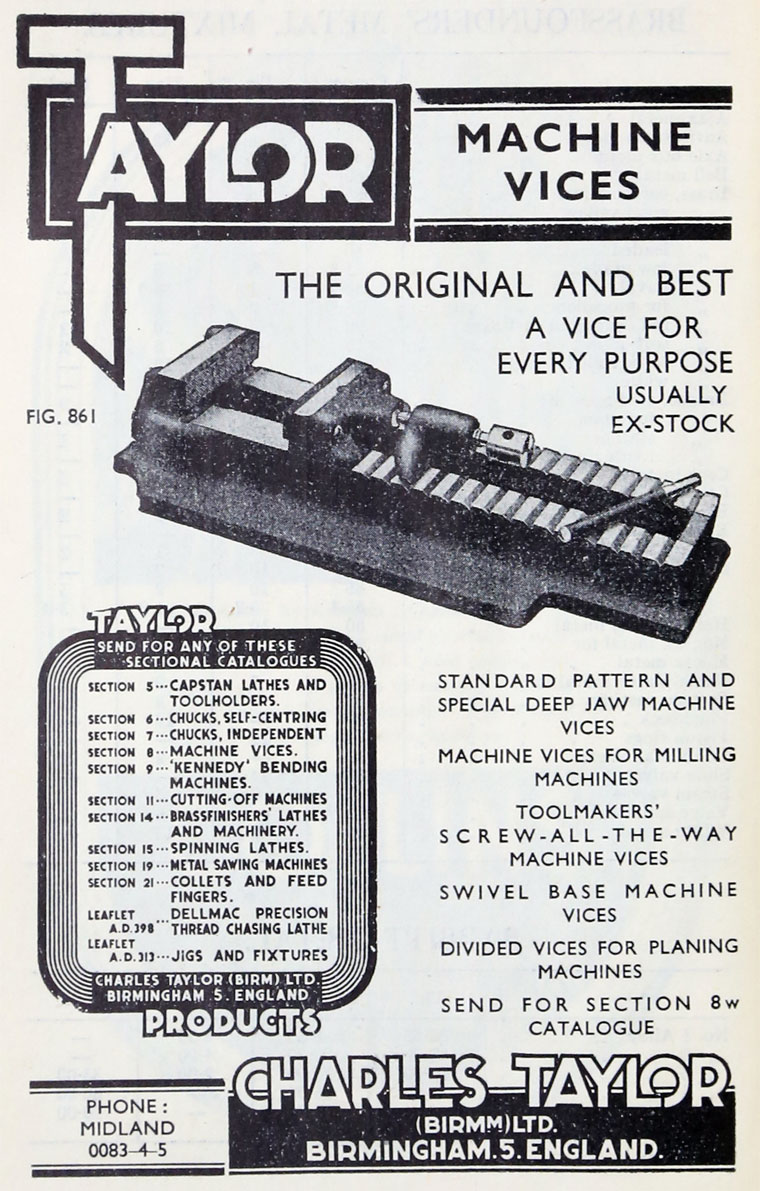 1951. Advert for machine vices and other equipment. 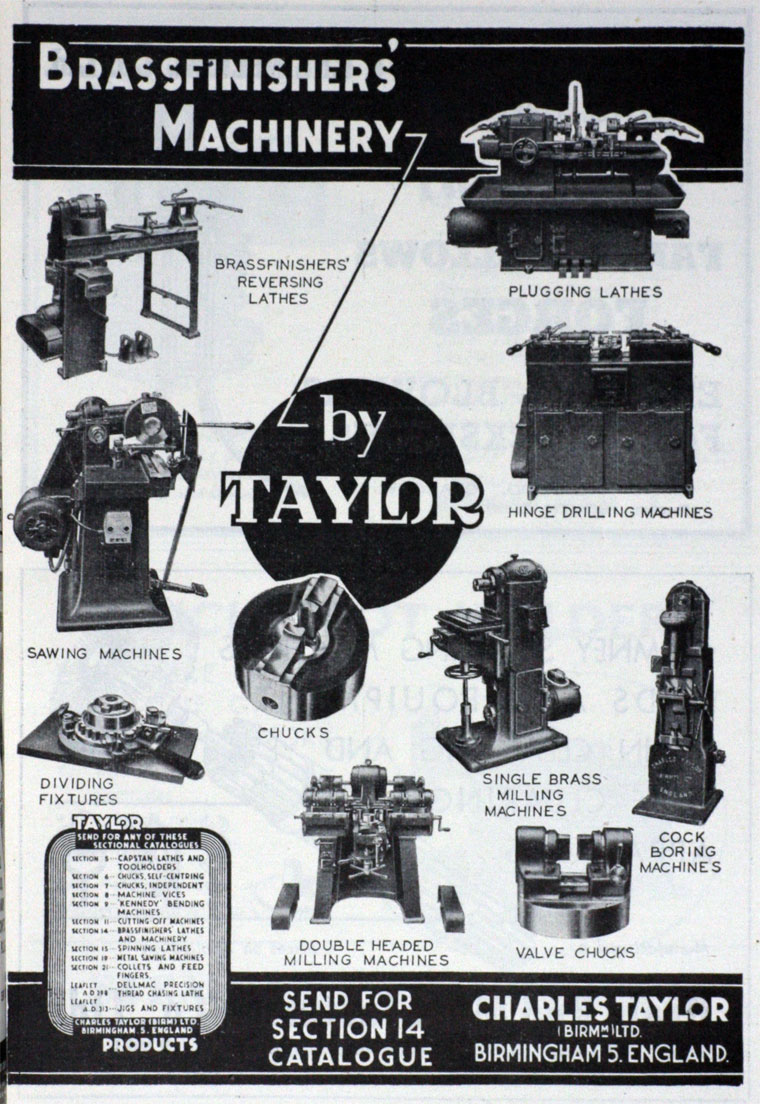 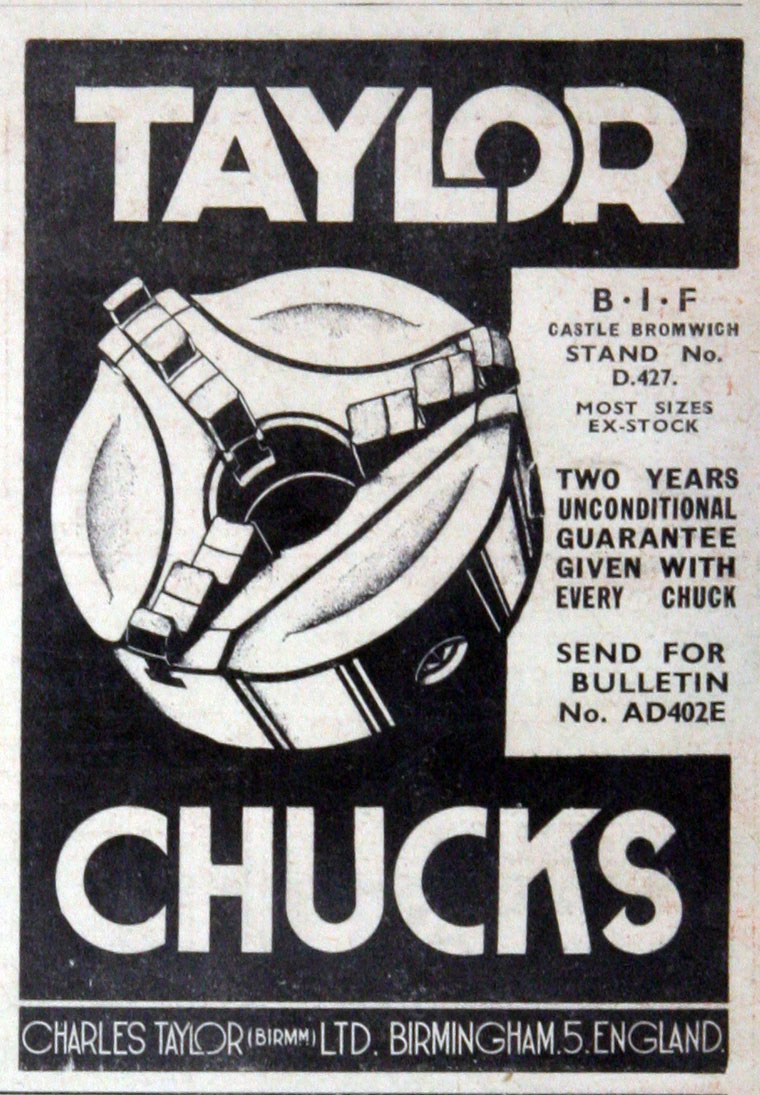 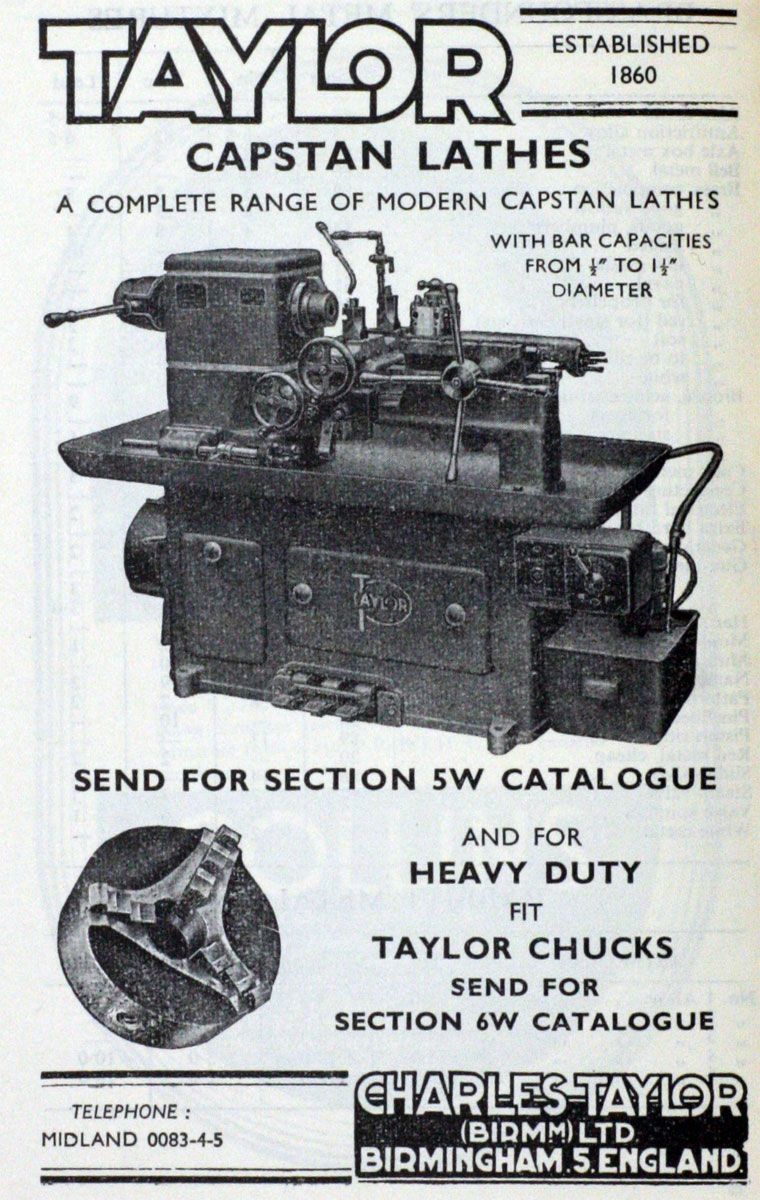 1960. Advert for capstan lathes and chucks.

Capstan lathe. Exhibit at the Museum of Power. 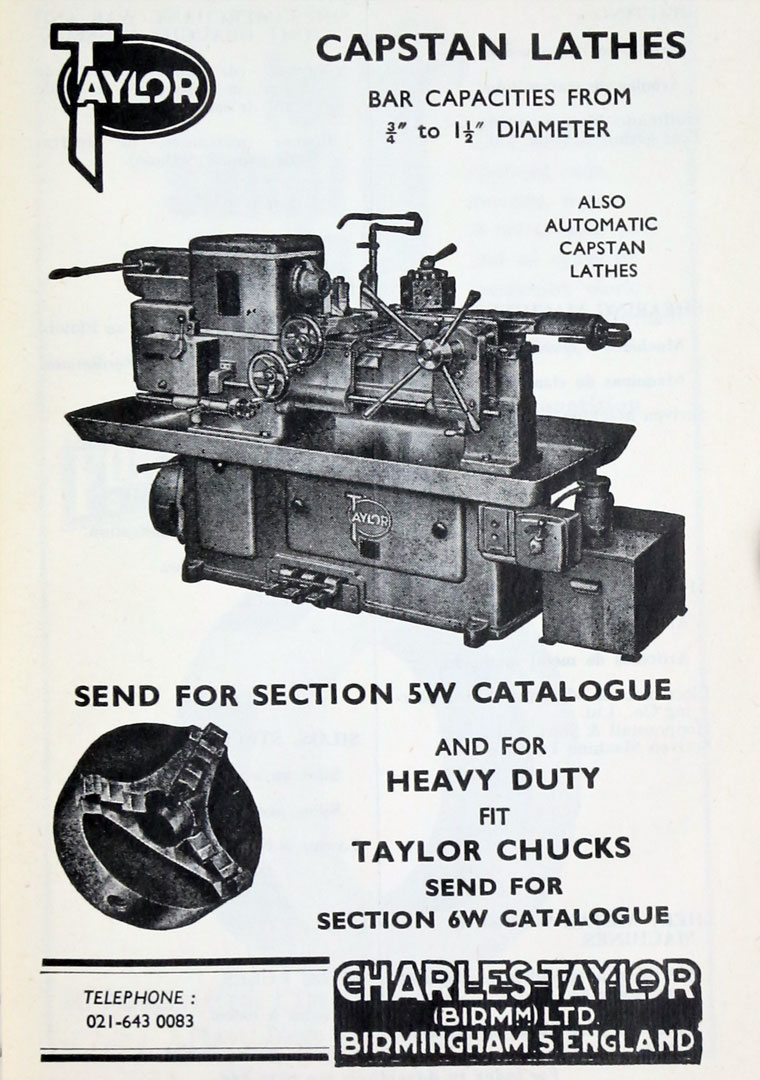