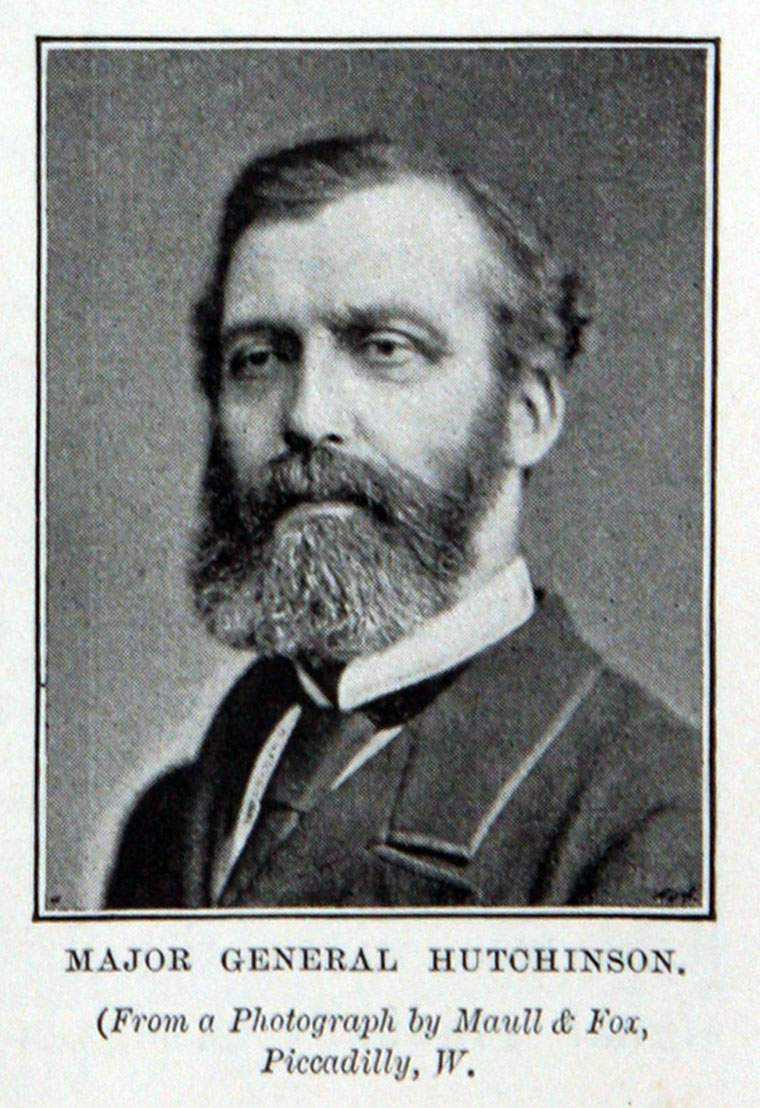 1891 Major General RE, retired, Inspector of Railways, Board of Trade, living in Kidbrooke, Kent, with his wife Christina 63, his son George R 31, and his sister-in-law Elizabeth F Hutchinson (sic) 68[3]

Responsible for all the principal enquiries into railway accidents

1895 Resigned his position with the Board of Trade

1911 Retired Major General, living in Kidbrooke, Kent, with various members of his family[5]

He obtained his commission in 1843, becoming a substantive colonel in 1876, in which year he retired with the honorary rank of major-general.

From 1867 to 1895 he held the appointment of Inspector of Railways to the Board of Trade, among the more notable works which he inspected being the Tay and Forth bridges.

Major-General Hutchinson was elected an Associate of The Institution on the 3rd March, 1874.