Grace's Guide is the leading source of historical information on industry and manufacturing in Britain. This web publication contains 148,441 pages of information and 233,877 images on early companies, their products and the people who designed and built them. 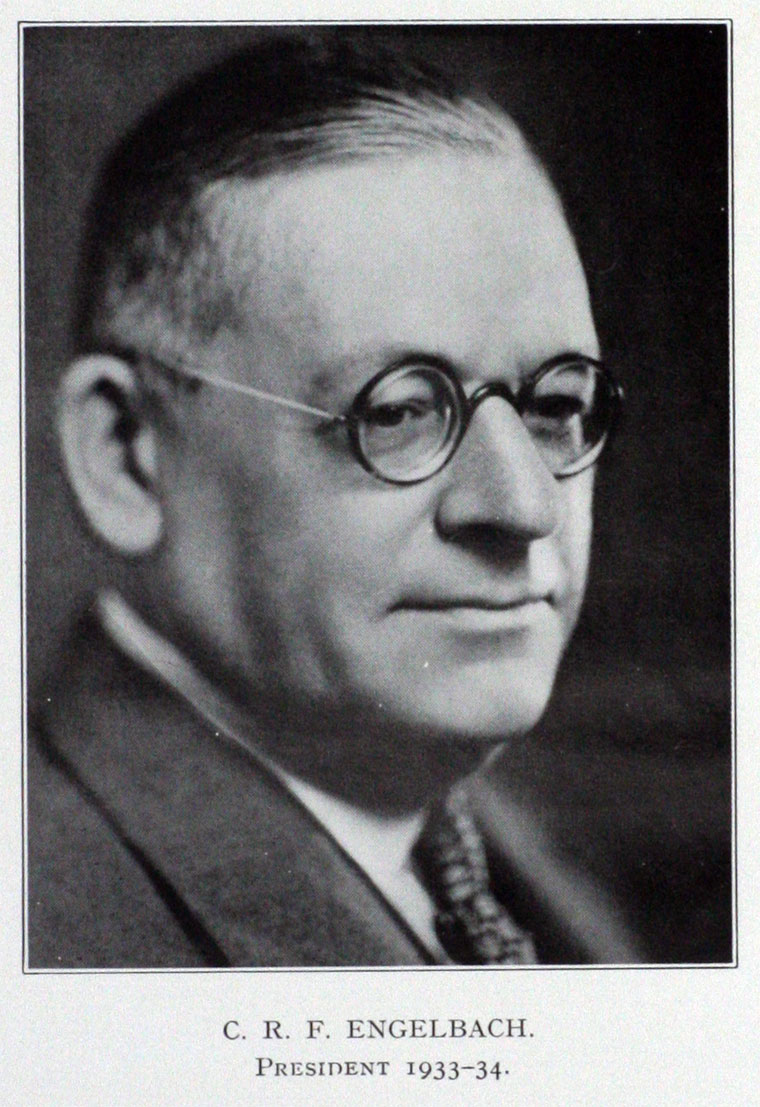 1876 May 20th. Born at Kensington the son of Lewis Engelbach, a War Office clerk and his wife Jessis Bryan

Went to school in Southport

1892 Joined Armstrong Whitworth and served a three-year apprenticeship and where he worked on the manufacture of naval turret guns.

1901 Listed as a boarder in a lodging house at 18 Wentworth Place, Elswick (age 24 born Kensington), Mechanical Engineer. His parents were living at Richmond, Surrey with his father listed as a Retired Civil Service Clerk [1]

1902 Later, at Scotswood-on-Tyne where Armstrong Whitworth were making the Roots and Venables paraffin-petrol car.

1902 Married Florence Neumegan (born in Spain) and they had two sons. His wife was an artist - some of her work is in the Tate and some in the Royal Academy

1904-06 Works Manager when they produced the Wilson-Pilcher car

1915 Took over the management of the 4.7 inch Howitzer department of the Coventry Ordnance Works. Later awarded an OBE for his work.

1938 Forced to retire because of poor eyesight and replaced by Leonard Lord. He retained a seat of the board of Austin until his death.

He was also a director of Birmid Industries

Charles Richard Fox Engelbach was born in 1876 and received his engineering training with Sir W. G. Armstrong, Whitworth, Ltd., and remained with the firm until 1906.

Following service in the Forces in the first World War, he became Manager of the Howitzer Department of the Coventry Ordnance' Works in 1915.

In 1922 he was appointed Works Director of the Austin Motor Co., Ltd., where he remained until his retirement in 1938.

He was elected a Member in 1926 and was President of the Institution for the Session 1933-34. Further details of his career were published in the Journal for April, 0943.

CHARLES RICHARD FOX ENGELBACH. O.B.E., was a director of the Austin Motor Company, Ltd., a position he retained for fully twenty years. He received his technical education at Armstrong College, Newcastle upon Tyne, from 1894 to 1899, and during the same period served his apprenticeship with Sir W. G. Armstrong Whitworth and Company. He remained with that firm until 1914 and during his fourteen years' association with it filled the positions of assistant manager in the light ordnance department, manager of the shell and fuse shops at Scotswood, and finally general manager of the motor car works.

On being mobilized in 1914 for service with his unit in the R.N.V.R. he was seconded to Coventry Ordnance Works as manager of the howitzer department. From 1918 to 1921 he was general manager of Messrs. Pittevil and Company, of London. In the following year he accepted the appointment of works director of the Austin Motor Company, where he had charge of 20,000 employees. He resigned this position in 1938 but retained his seat on the Board with the additional duties of consulting engineer. Mr. Engelbach, whose death occurred at Birmingham on 19th February 1943, in his sixty-seventh year, was elected a Member of the Institution in 1938. He was also past-president of the Institution of Automobile Engineers.